Their sunny corner lot enjoys one of San Francisco’s famous microclimates–”the Mission is 10 degrees warmer than the west side of the city,” says Zach–and invites experimentation in the garden. On a warm October afternoon when we visited the Kleins (and baby Nell), they were growing black radishes from seed smuggled back from Istanbul (where they had gone on a delayed honeymoon); holly leaf cherries (native to California, and tobacco (“we dried it and rolled it, and Courtney made quite a fine cigarette, using skills she honed in college,” says Zach).

Above: Both Courtney and Zach Klein have enviable commutes. She runs her Storq maternity clothing business from home and he walks three blocks to the office where he runs DIY, an online maker community for children. 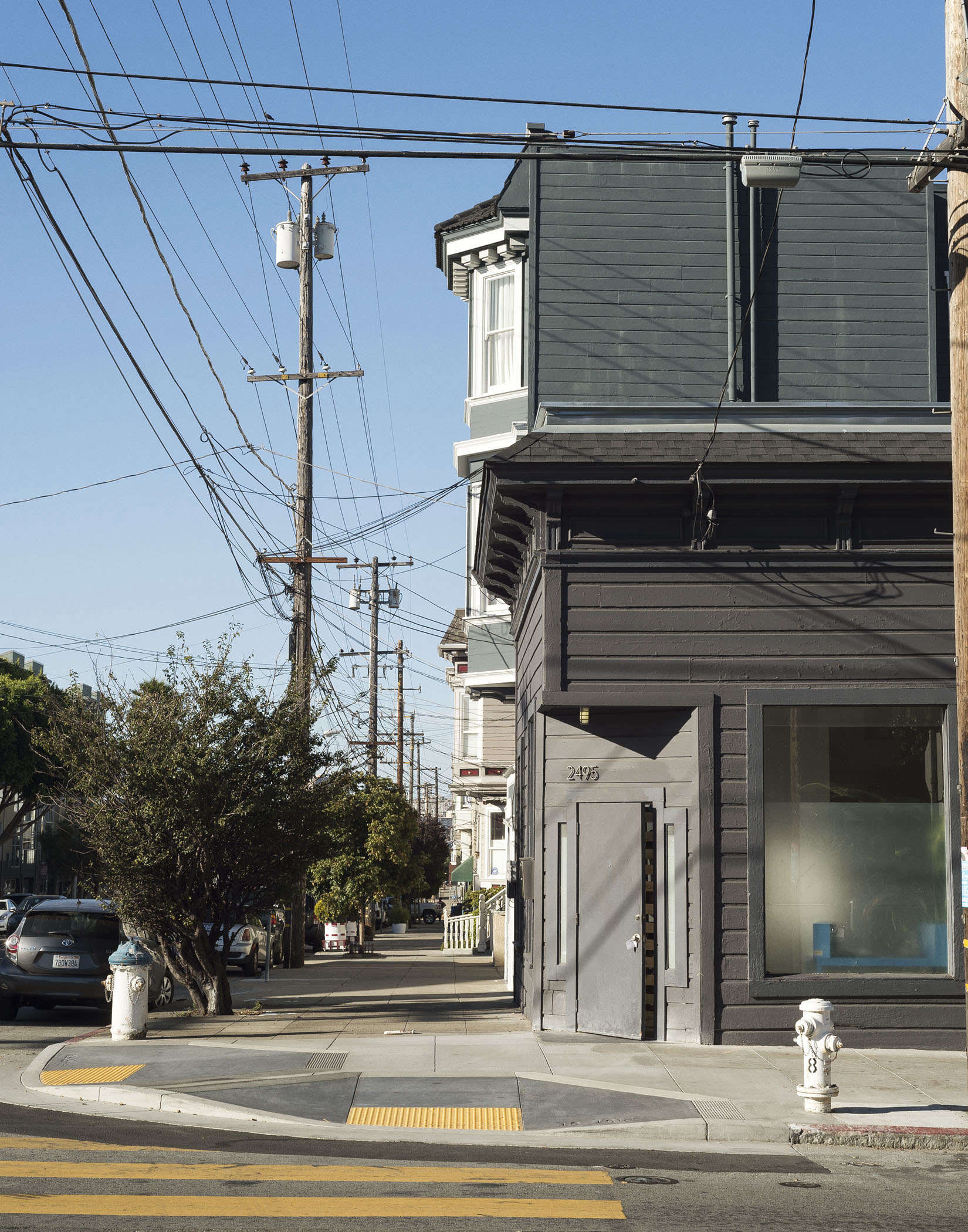 Above: From the street, passersby see no hint of the fecund city garden behind the Kleins’ house. 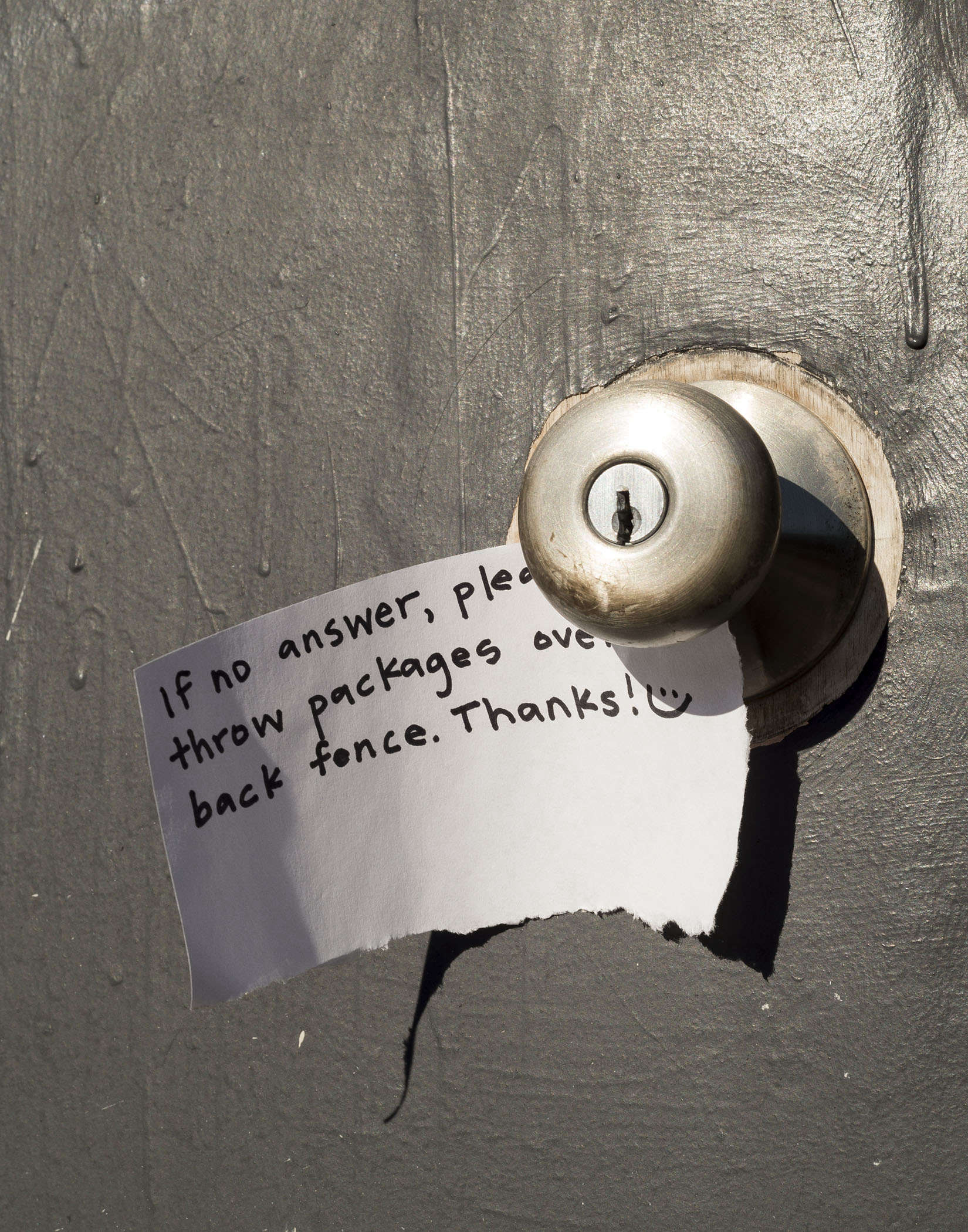 Above: The mail carrier knows to toss packages over the fence into the garden. 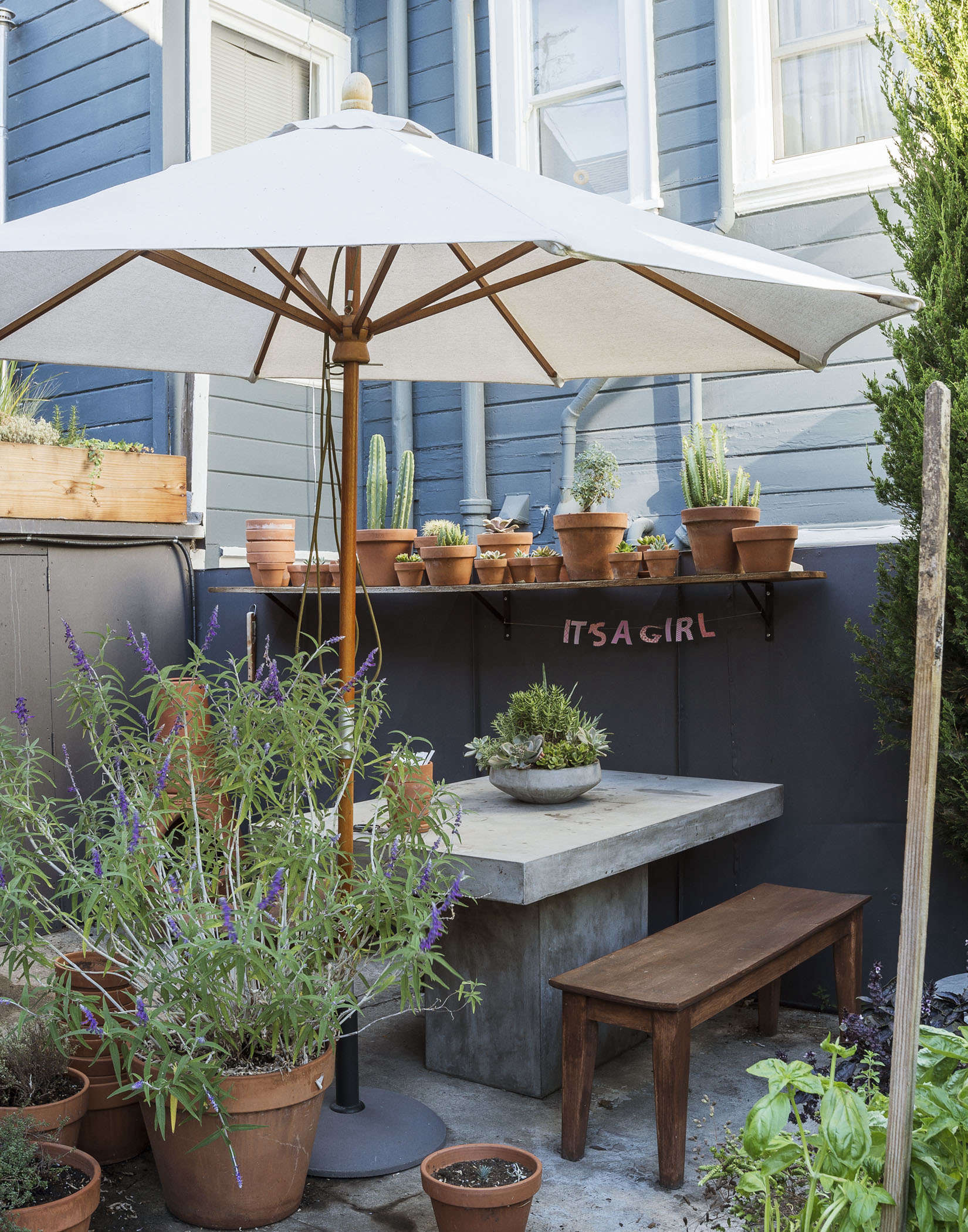 Above: The Kleins, who met in New York City in a bar in Chelsea in 2006, moved to San Francisco nearly three years ago. “We had no outdoor space in New York,” says Courtney, who is from Utah.

“The first thing I wanted, moving away from New York, was a garden,” says Zach, who grew up in Fort Wayne, Indiana.

Upon their arrival in San Francisco, they found plenty of backyard space–but not much of a garden to speak off. A half-dead rosebush grew against the fence and there was a bug problem (“it was hopping with fleas,” says Courtney). 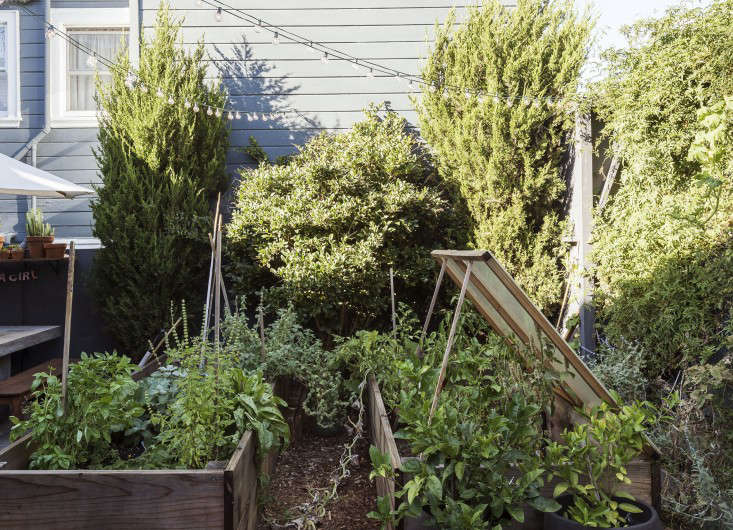 Above: Zach Klein built the raised beds (which in winter double as cold frames to keep seedlings warm) and the couple took an hour’s road trip north to Petaluma Seed Bank to buy seeds for lettuces and other edibles.

They also like to drive to Bolinas on the Marin County coast to buy rare and unusual plants from Botierra Diversity Farms. “It’s a form of tourism, to go for a visit and pick up a plant,” says Zach. 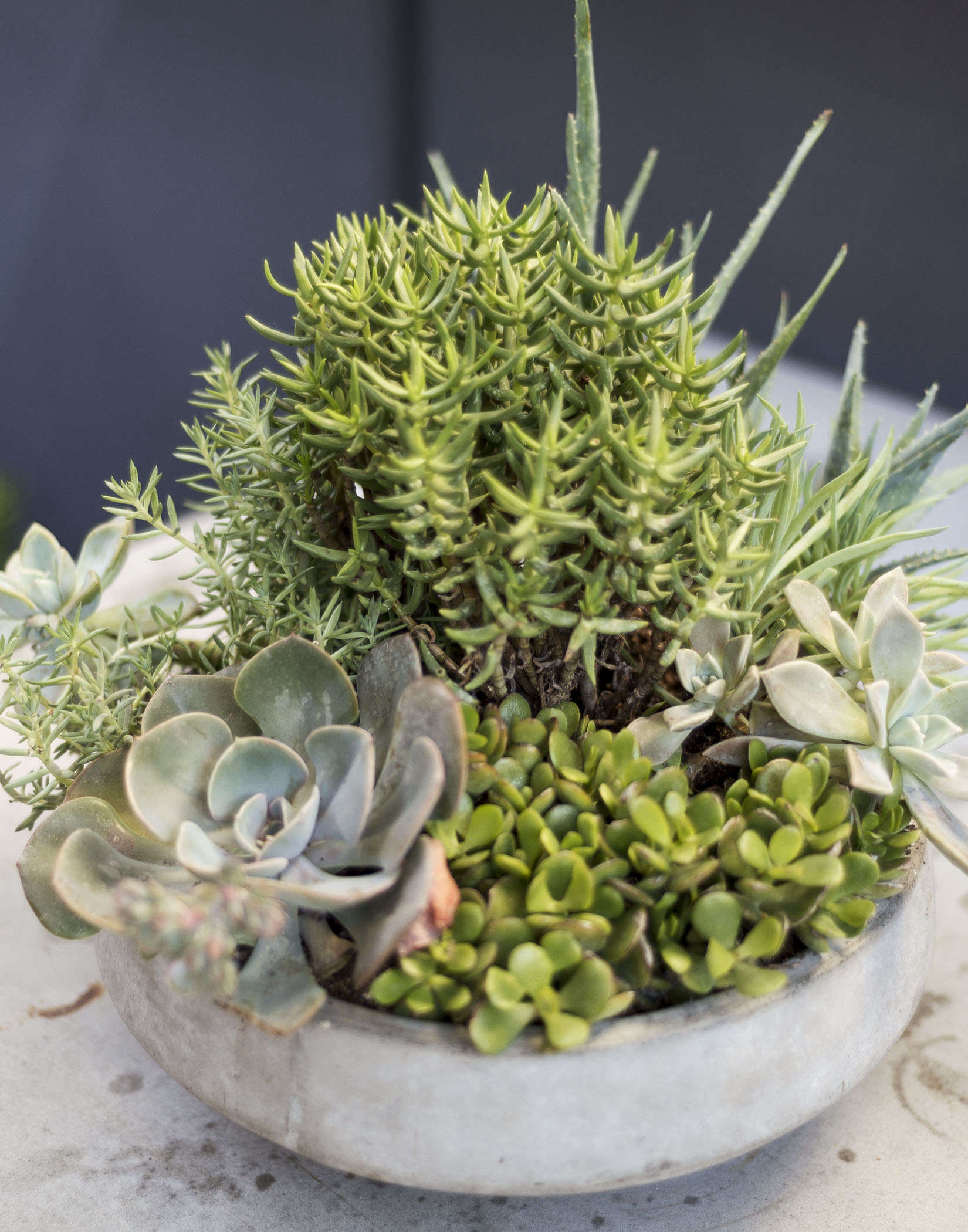 Above: A collection of succulents thrives in a container on the couple’s outdoor dining table. 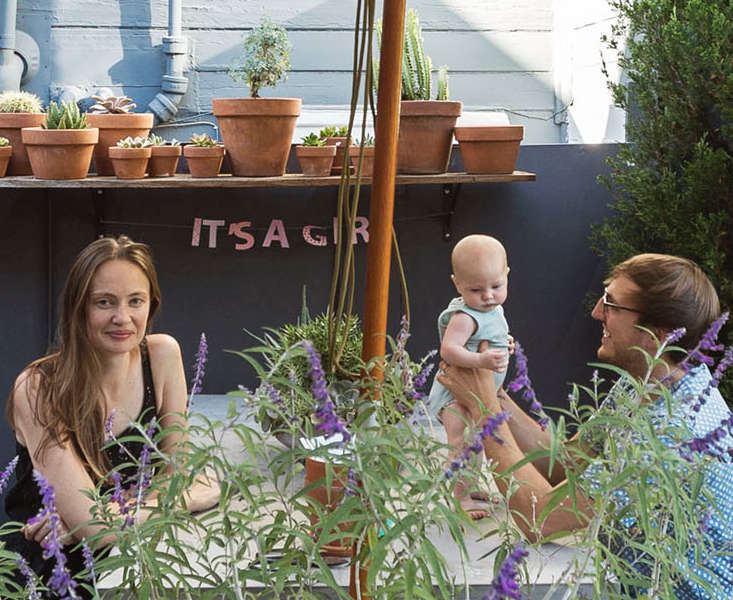 Above: “Nell loves being outside,” says Courtney. “She and Zach have a very nice morning tradition of coming out together to inspect everything, and I watch them from the window.” 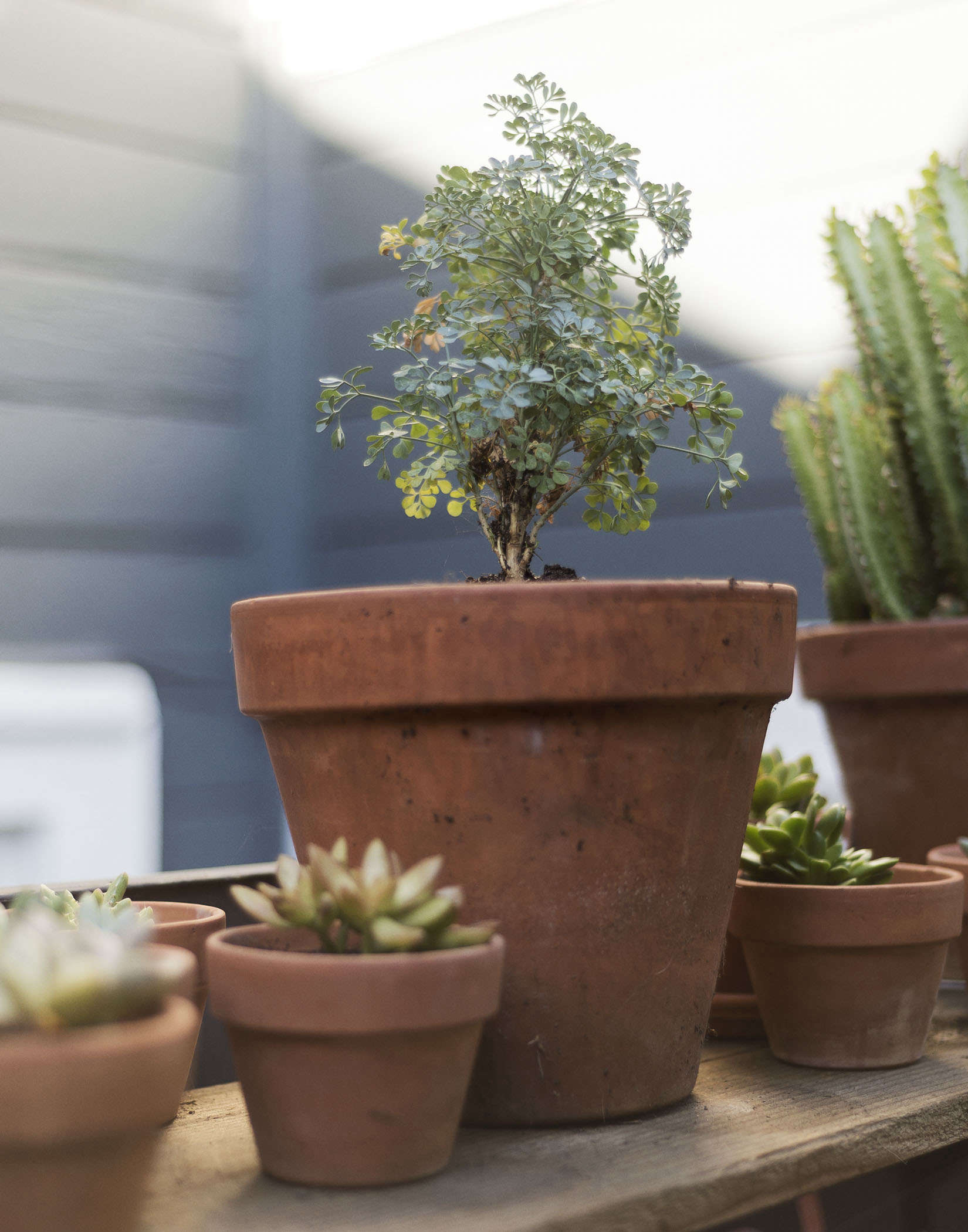 Above: Many of the couple’s potted plants are in containers from Flowercraft Garden Center in San Francisco. 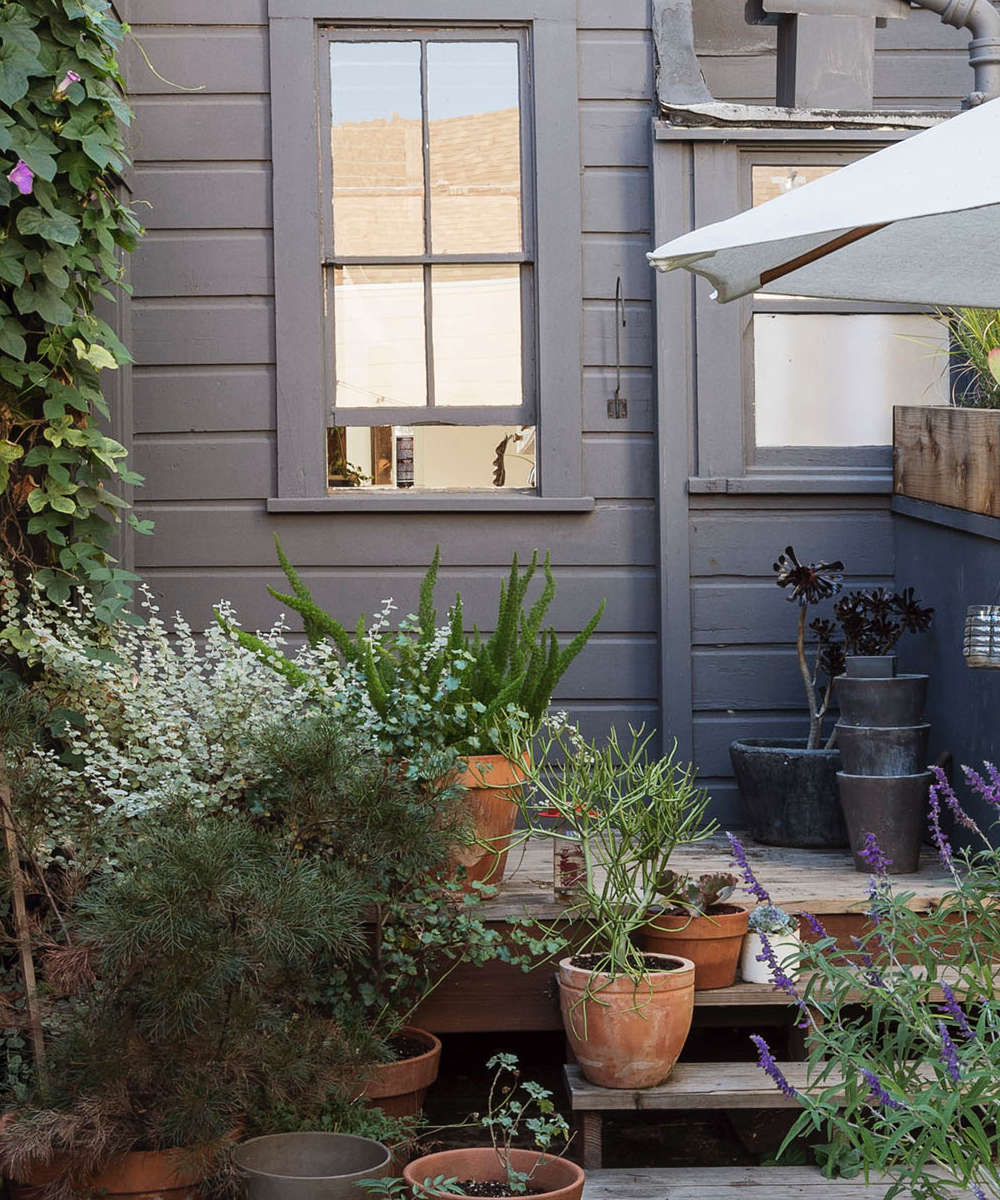 Above: Potted plants sit on the back steps. 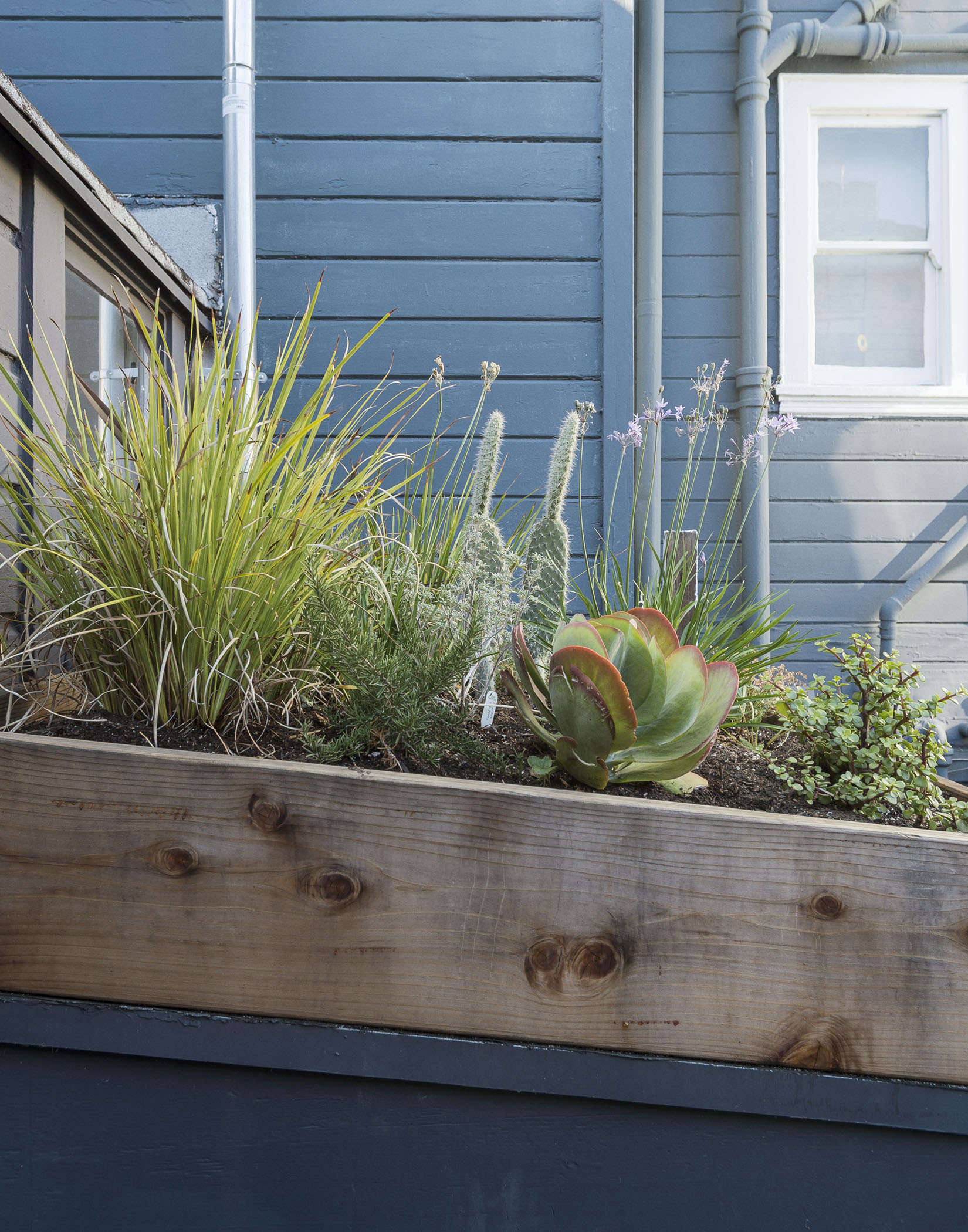 Above: A miniature roof garden grows in a raised bed outside the bathroom window. “Basically, we planted it to get privacy,” says Courtney. 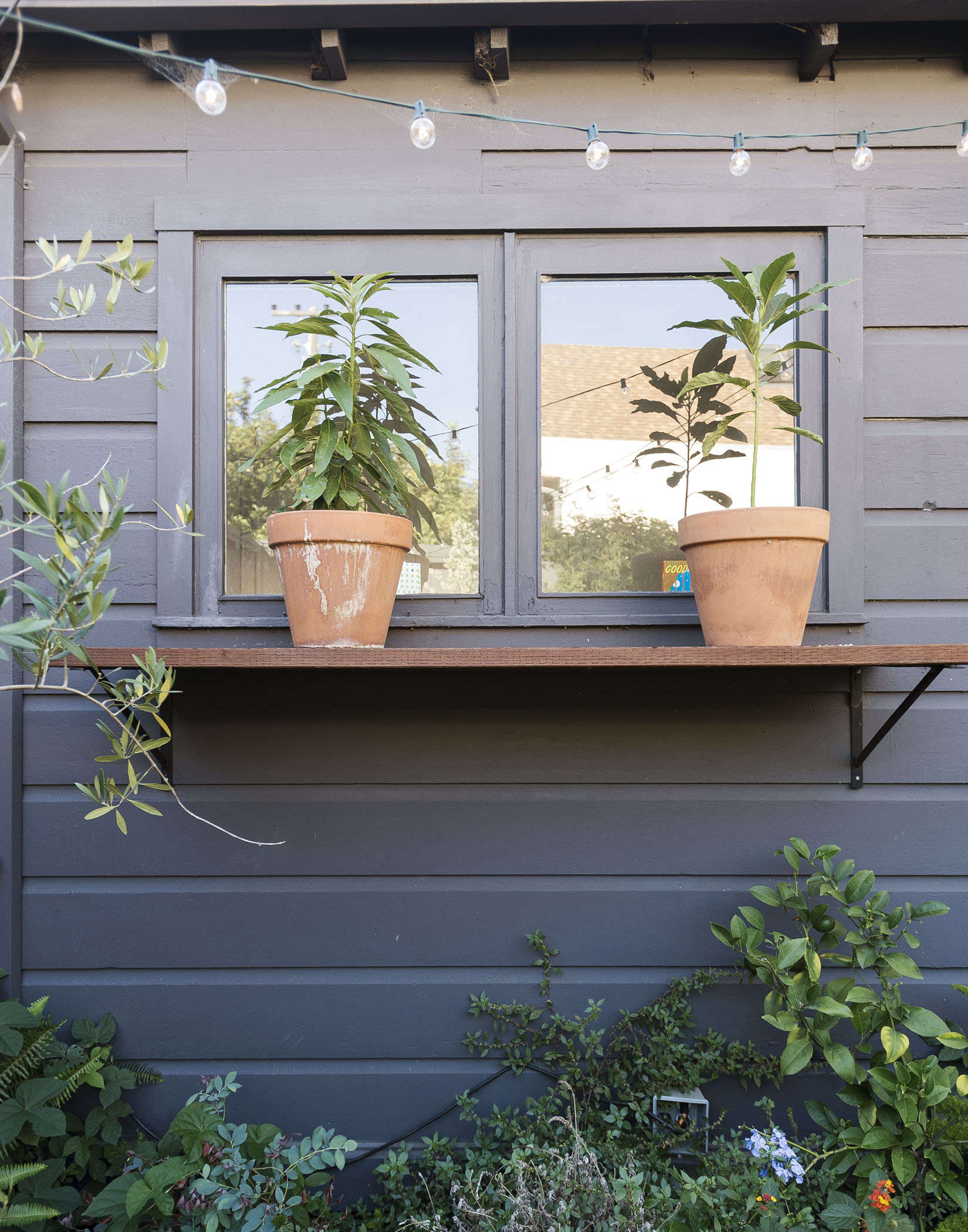 Above: The facade of the house and the backyard fence were painted chalkboard gray before the Kleins moved in. The paint color is Benjamin Moore Day’s End. 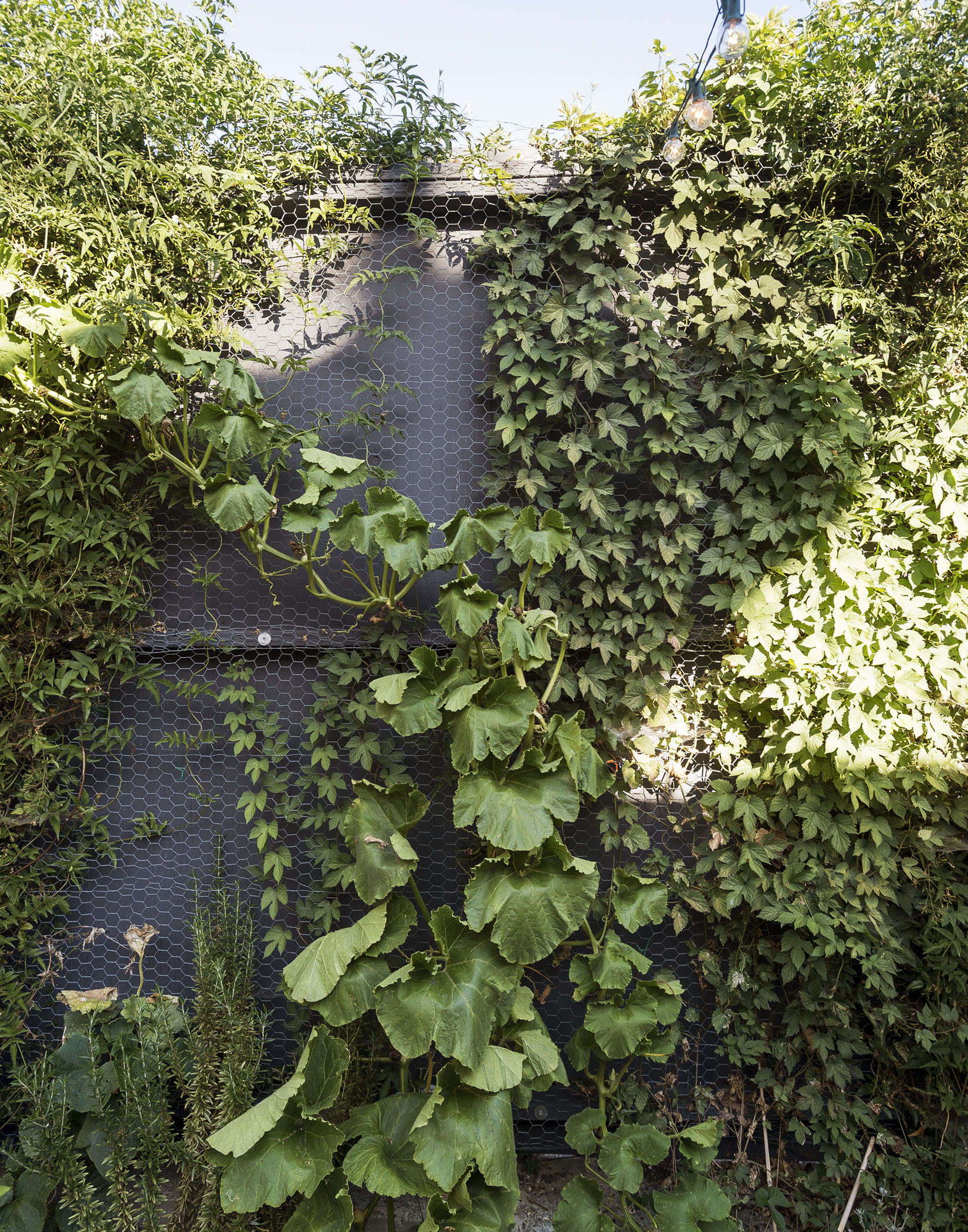 Above: Chicken wire on the fence serves as a sturdy trellis for climbing vines including a county-fair-worthy squash. 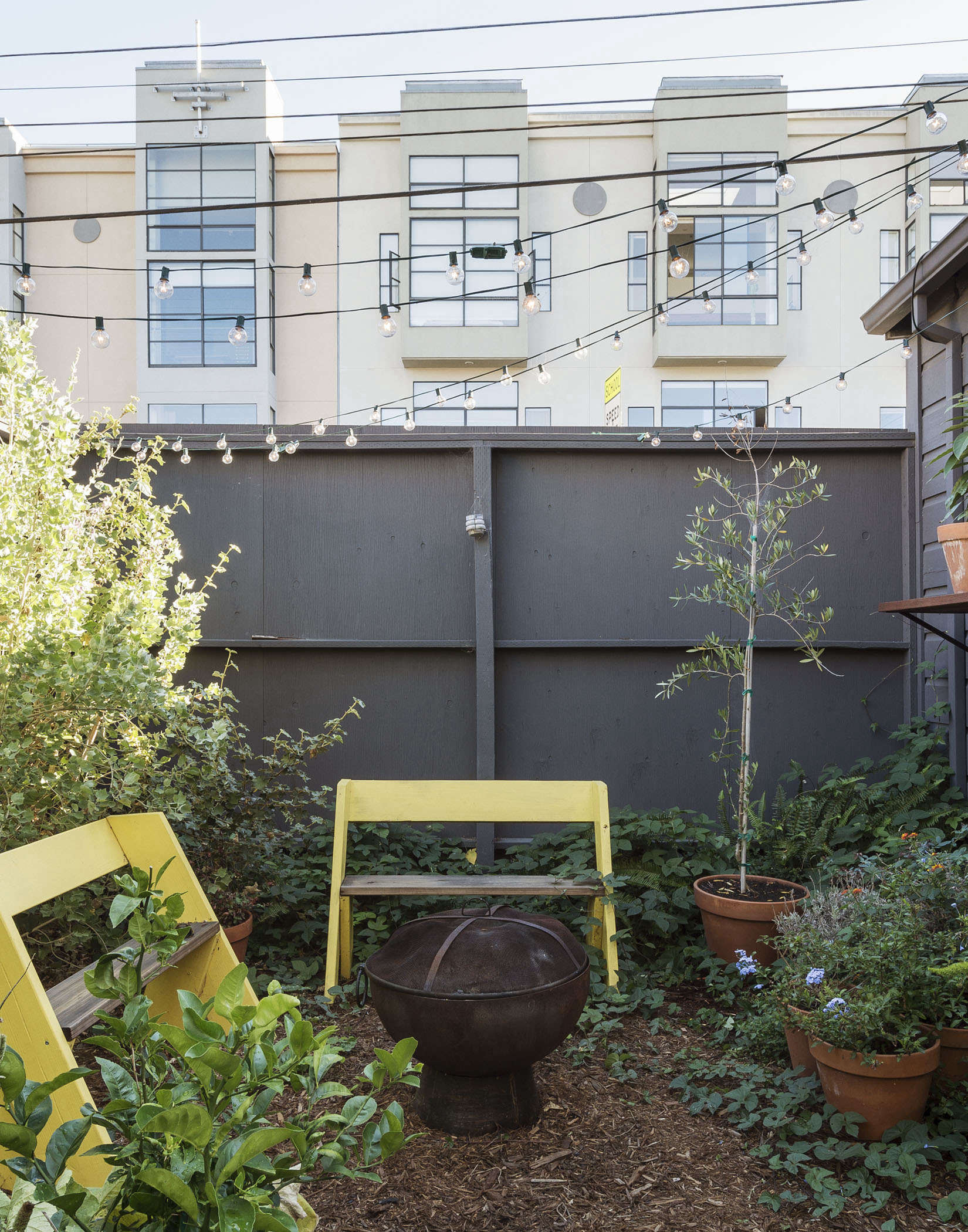 Above: Zach built the yellow benches. “It’s just two pieces of lumber that required a few different angle cuts and then they fasten together really easily,” he says. 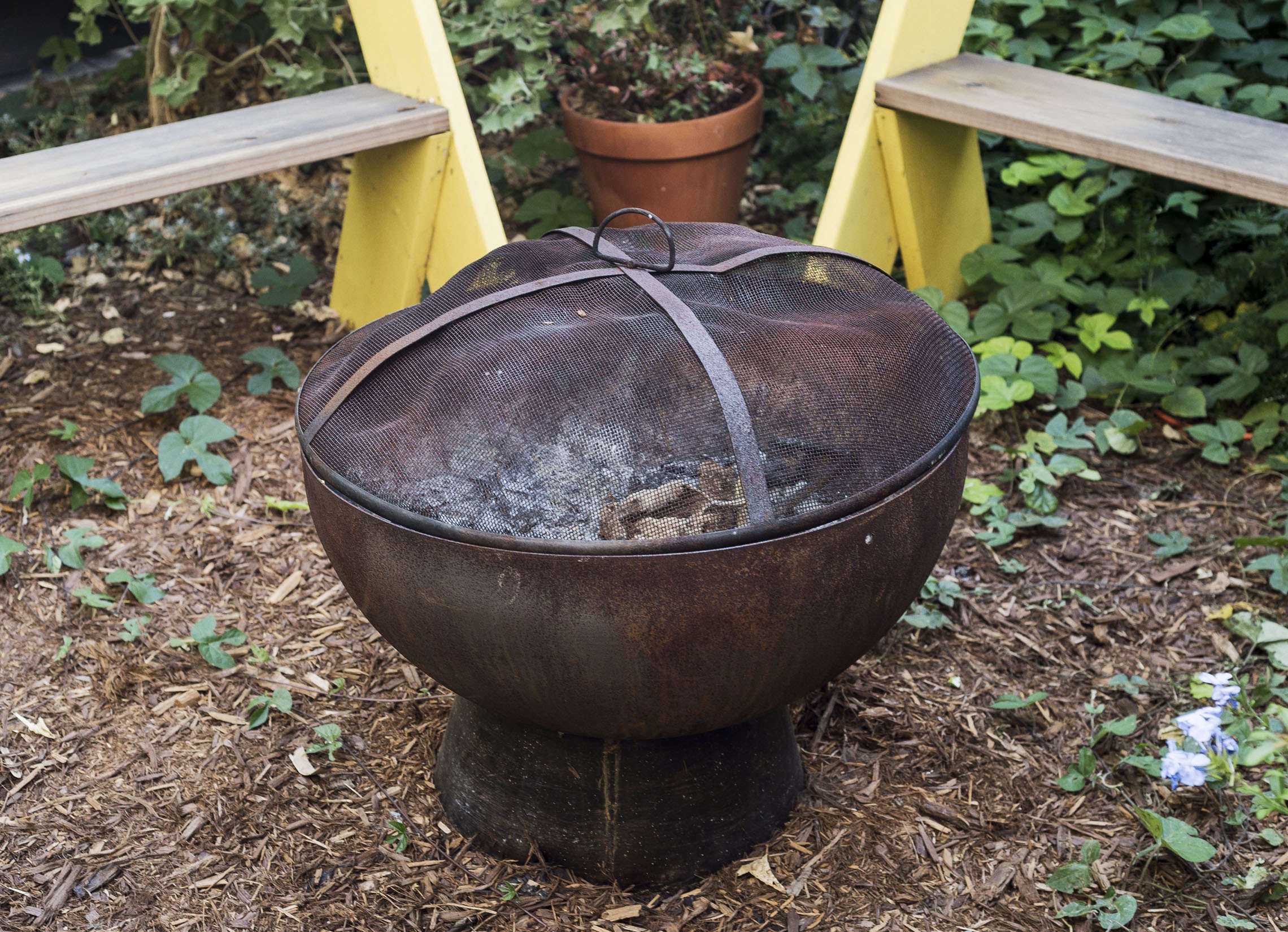 Above: In addition to the fire pit, the Kleins have a tabletop hibachi; they cook dinner outdoors on warm nights. 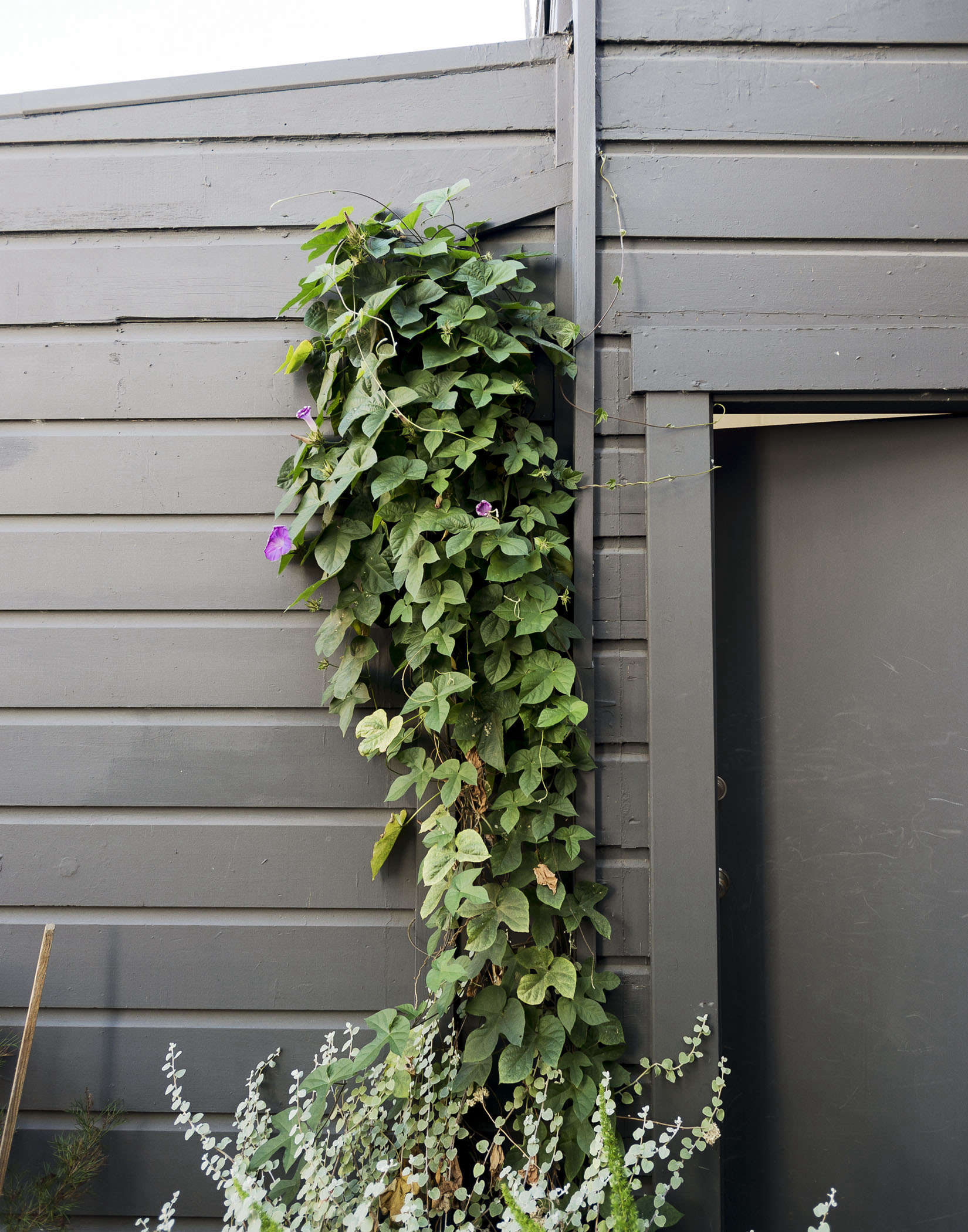 Above: A morning glory “volunteer” is an offshoot of a parent plant located on the other side of the house (by the sidewalk). A determined tendril found its way under the house and came up the other side, in the backyard.

For more of our favorite city gardens, see Architect Visit: A 15-Foot-Wide Garden for a West Village Townhouse.

Meet Us at Terrain at Styers on Saturday

Magic in Maidenhead: An English Garden That Glows in the Winter