There was a time when houses had names but no numbers–we’re going back to the 1600s–which was good for local color but bad for tax collectors trying to keep track of who owed how much. Nowadays most houses have numbers instead of names, which makes it easy for the IRS but harder on a house’s personality. If you are No. 45, what makes you different from No. 47?

This is where house numbers come in. They are the first clue visitors get about the residents. Says UK-based sign writer Steve Blackwell, “I am often asked to paint house numbers…it’s usually a quick and enjoyable job that doesn’t cost a lot, but gives the home more personality or a nice touch of class.” 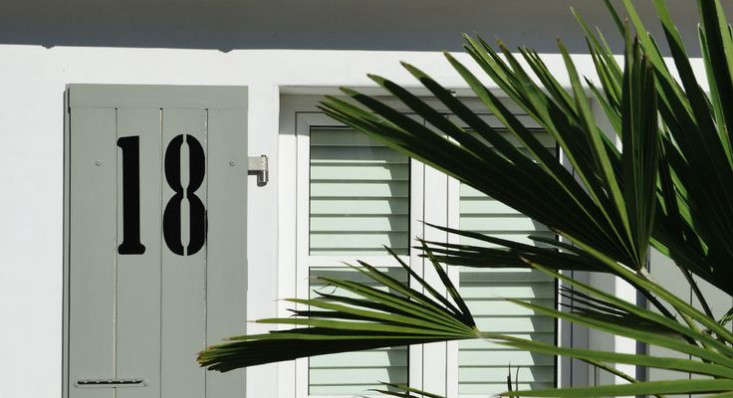 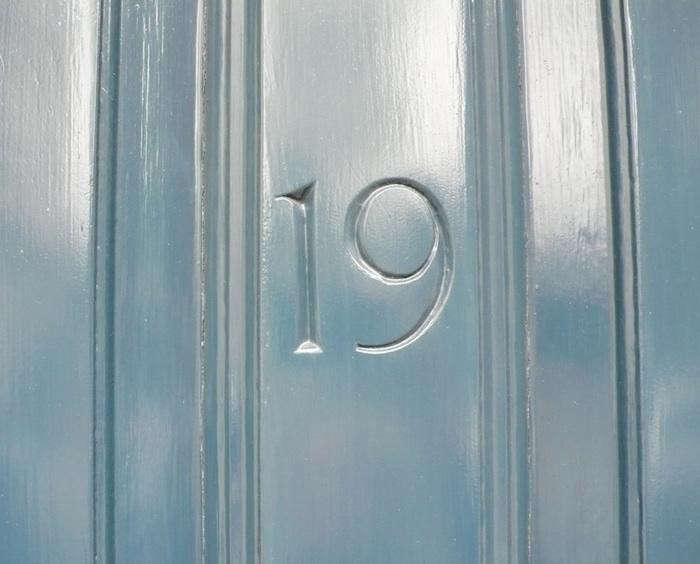 On a front door in London’s Spitalfields neighborhood, house numbers are a two-step DIY. First carved by hand (with rough uneven edged), the numbers are painted in glossy parint for a smart finish.

Above: Paint adds depth and texture to heighten a three-dimensional effect.

To flavor your facade with nostalgia, recreate the summer camp bunkhouse look with number stencils and spray paint from an art supplies store.

A classic font, set off by a simple, modern square. 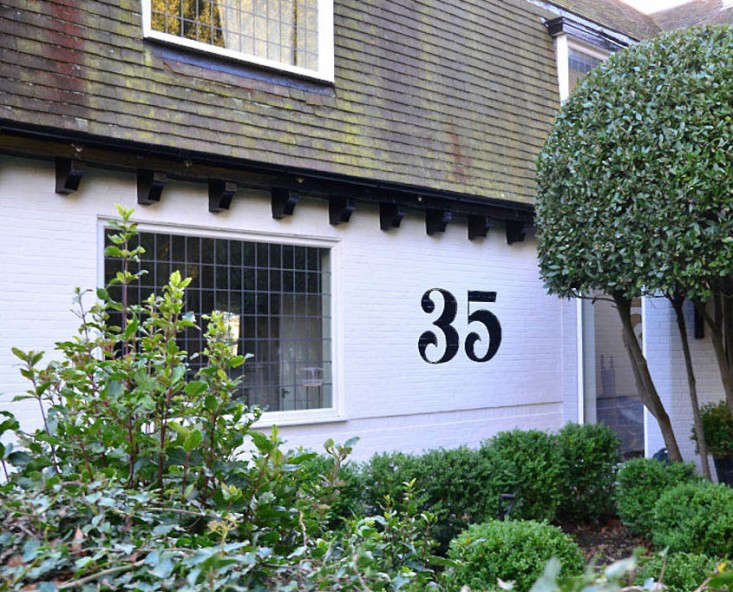 Above: Photograph via Signs and Painting.

Says sign writer Steve Blackwell, “When a home owner came to me with the idea of painting a massive number 35 on the front of her house, it seemed a bit strange but after seeing the house, meeting the owner, and seeing her collection of artwork I thought it was a really good idea.” 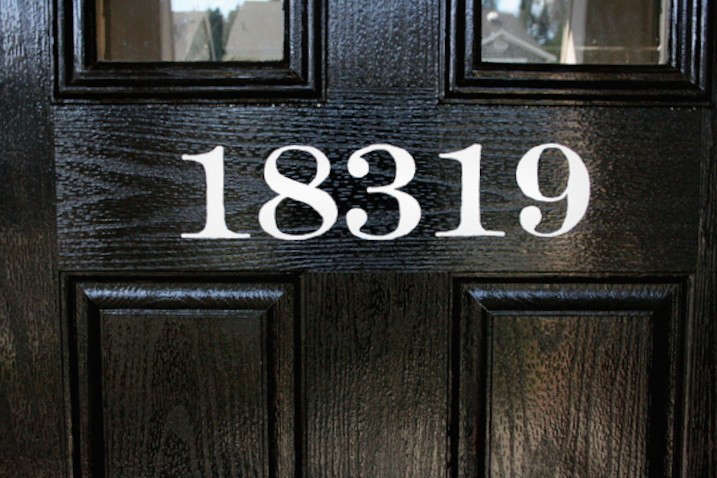 If your painted house numbers will look homemade, that’s a feature, not a bug, particularly if you accentuate the look by displaying the numbers against raw wood or rough stucco surfaces.