Yes, there is a United States Bocce Federation and that is where you can find the definitive answer to any question you have about the traditional Italian lawn bowling game. For example, “Question: Isn’t bocce a game for old people?” Answer: No!

Formerly the pastime of old men in city parks, bocce has enjoyed a renaissance in recent years as people realize its value as gentle backyard entertainment. All you need to play (and this comes straight from the bocce federation people) is two teams, nine balls, and a tape measure to settle disputes. Plus, of course, a proper playing surface.

Do you have room to build a bocce court of your own? Official dimensions of a court are 86.92 feet long by 13.12 feet wide. Unofficially, you can make a smaller bocce court depending on the size of your space. Here’s everything you need to know about bocce courts: 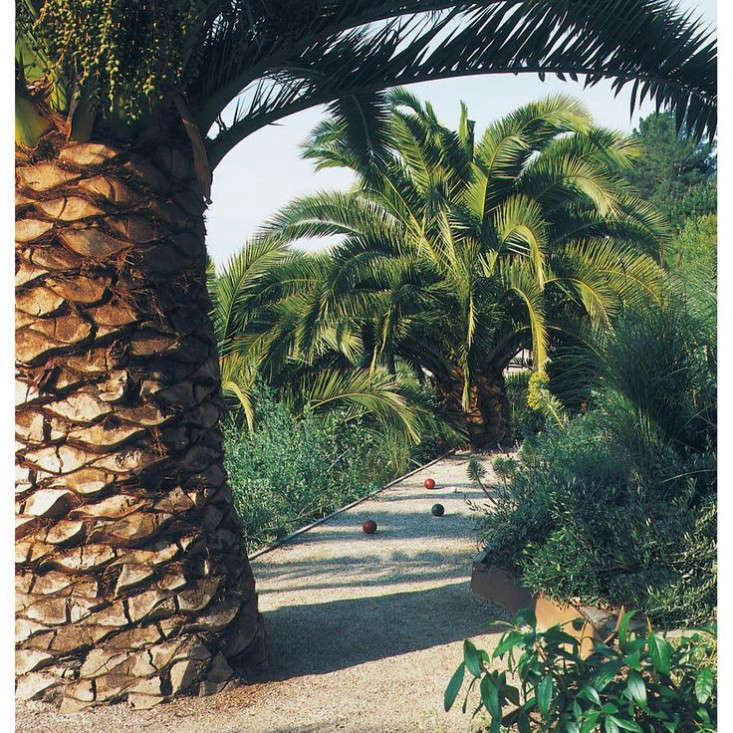 Landscape designers, who say a bocce court is a popular item on clients’ wish lists these days, can create a permanent hardscape feature, a custom court to fit your space with extras such as built-in seating, retaining walls, and landscape plants. Or if you are handy and like projects that require manual labor, you can make your own court. 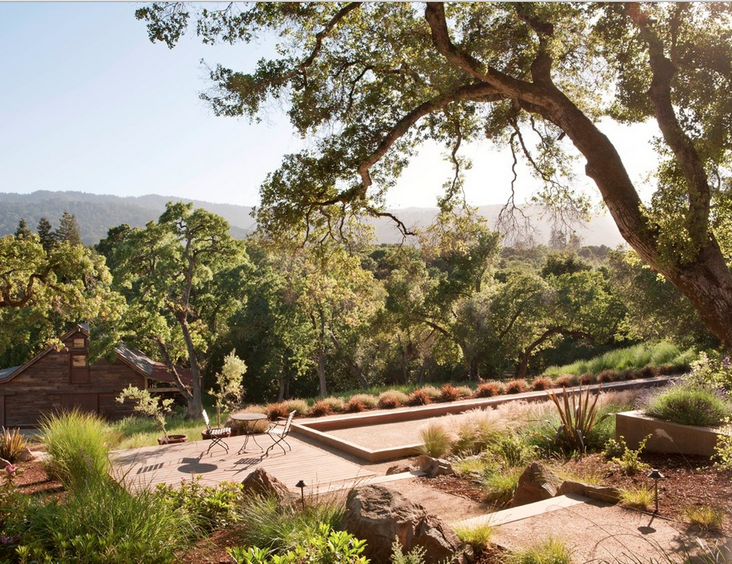 How do you make a bocce court surface?

Your court needs a flat surface to prevent balls from careening off in odd directions. After you choose a site for the court (make sure it’s a long, skinny rectangle shape, even if you don’t have space for an official-size court), level it. You can use a laser level such as a PLS Laser Level ($269 from Amazon). Grade the soil by using a Shovel and a Wheelbarrow to haul loads. 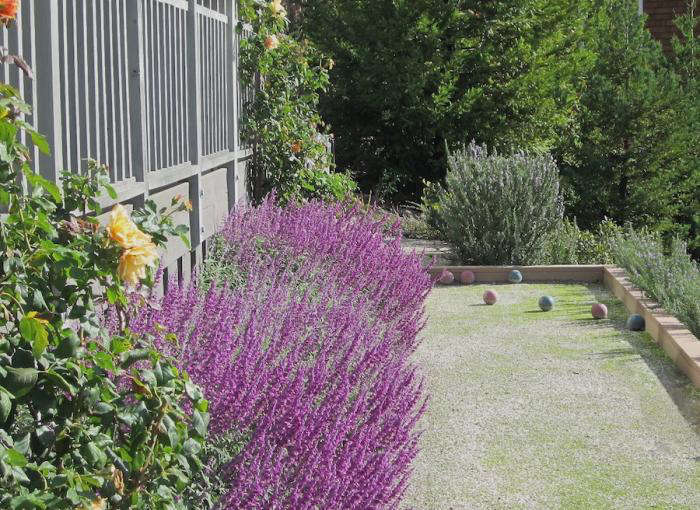 Above: Landscape architect Pete Pedersen and his son built a half-size bocce court in their backyard. “It’s like playing adult marbles,” says Pedersen. For more of his garden, see Garden Secrets: What a Landscape Architect Plants at Home. Photograph courtesy of Pedersen Associates.

How do you make a frame for a bocce court?

For a DIY bocce court, use lumber to make a low-sided enclosure to keep the balls inside the court during play. The height of the frame should be from 8 to 12 inches. 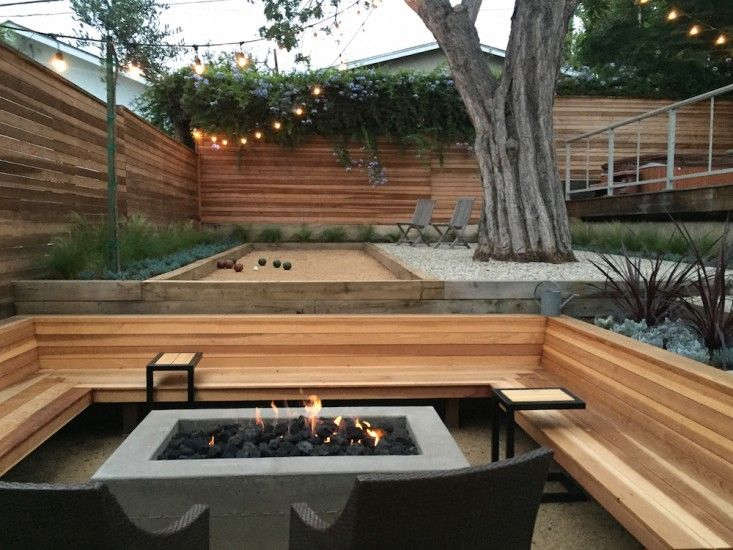 Above: Greg and Rainy Smith, who live in Manhattan Beach, California, removed their lawn to make room for family social gatherings. With string lights, built-in seating, and a bocce court, this is the ultimate outdoor party room. Nobody misses the lawn (or the higher monthly water bill). For more, see Gardenista Considered Design Awards 2015: The Best Outdoor Living Space. Photograph courtesy of Greg and Rainy Smith.

What kind of surface should a bocce court have? 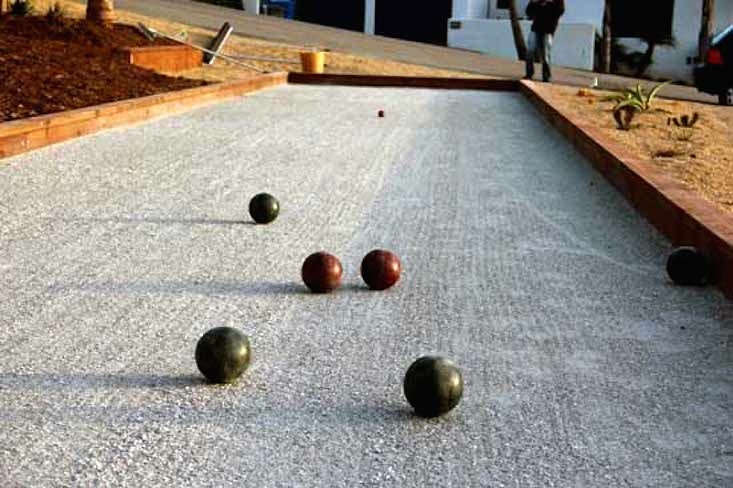 You want a court surface that will allow balls to roll fast and smoothly, without bouncing. For a DIY bocce court, first spread a 3-inch layer of drainage rock. Next add a weed barrier (such as a layer of landscape cloth). Then spread a 3-inch layer of crushed rock, fine gravel, or decomposed granite. You can also top dress the surface with a special bocce court blend of crushed oysters; for information, see Myco Supply.

What kind of maintenance does a bocce court require?

If you have a layer of crushed oyster shells, you can wet down the surface with a hose from time to time and roll it smooth with a lawn roller. You also can keep the surface even with a drag rake. Keep debris, twigs, pebbles, and other impediments off the surface so balls will roll smoothly.

What about bocce balls? 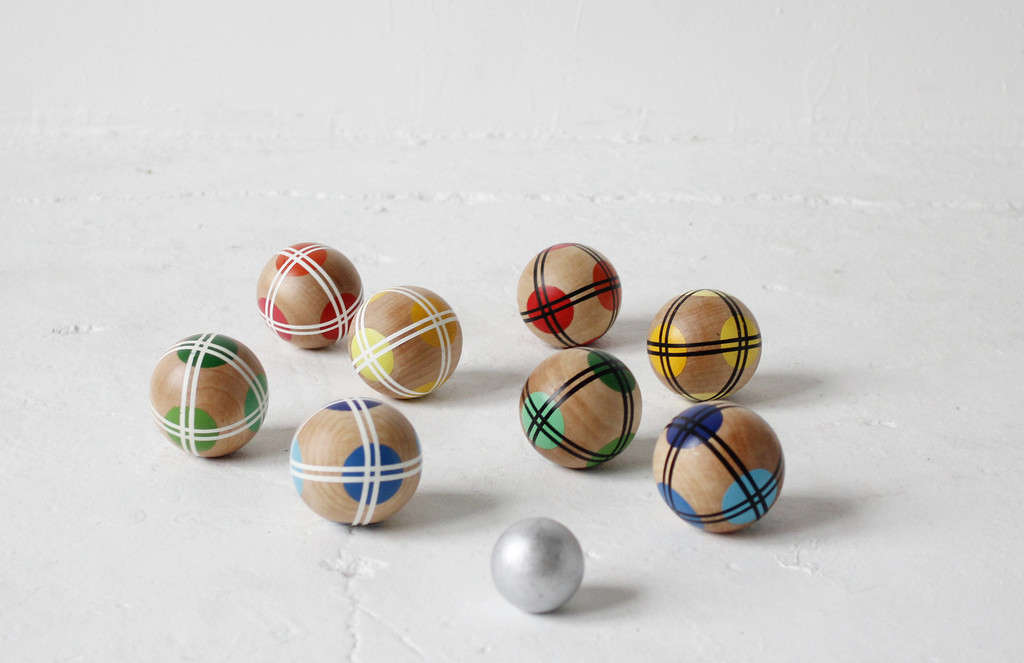 Above: A set of eight wooden Bocce balls plus a jack is $320 from Fredericks & Mae.

For tournament play, bocce balls should be 107 millimeters in diameter (thank you, bocce federation) and weigh 920 grams (about 2 pounds). For a set of bocce balls meeting those standards, consider the St. Pierre Tournament Bocce Set ($103.99 from Amazon).

For the official rules of the game, see How to Play Bocce Ball. 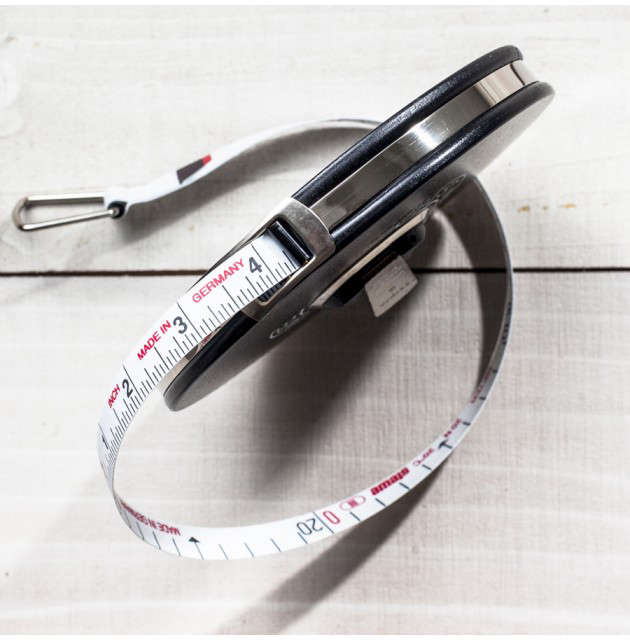 Above: Settle disputes with a tape measure. A 20-Meter Field Tape is $48 from Guideboat.

For more of our favorite lawn games, see:

From Italy With Love: The World's Best View From a Terrace

Garden Secrets: What a Landscape Architect Plants at Home