Growing up, I had no idea that badminton was supposed to be played as either a singles or a doubles contest or, for that matter, that there were any rules whatsoever. We all just grabbed plastic racquets and started batting flimsy shuttlecocks at each other. Probably will do the same this summer.

But even if we’re not going to follow any rules, it would be nice to upgrade the equipment, to cork-headed shuttlecocks and alloy racquets, and steel posts that hold the net steady when one or more of the 17 people on the court knocks into it: 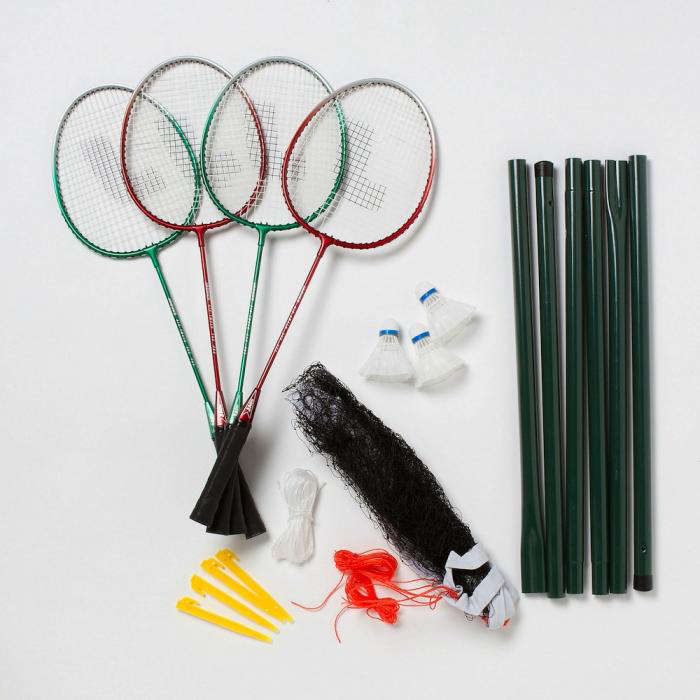 Above: The Country Badminton Set from Jaques of London has an all-weather net and a canvas carry case; it is $128 from Terrain. 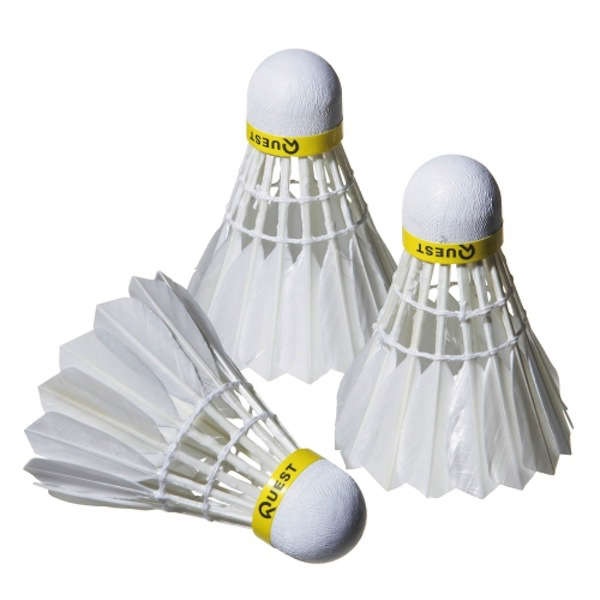 Above: We do of course lose a lot of shuttlecocks at my house. A set of three Quest Official Feather Shuttlecocks is $5.99 from Dick’s.