With origins in Provence, Petanque is often played in the company of aperitifs, which makes it worth adding to your repertoire of summer lawn games, in our book.

Petanque is more than just a version of the Italian game of bocce. It’s less of a bowling game and more of a tossing game; the aim is to propel the ball as close as possible to the target. For more information, visit Pentanque for the official rules. 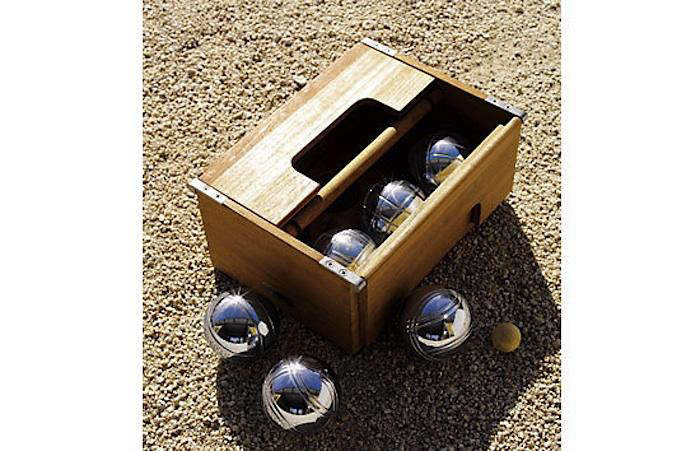 Above: Petanque boules (or balls) are hollow steel alloy. 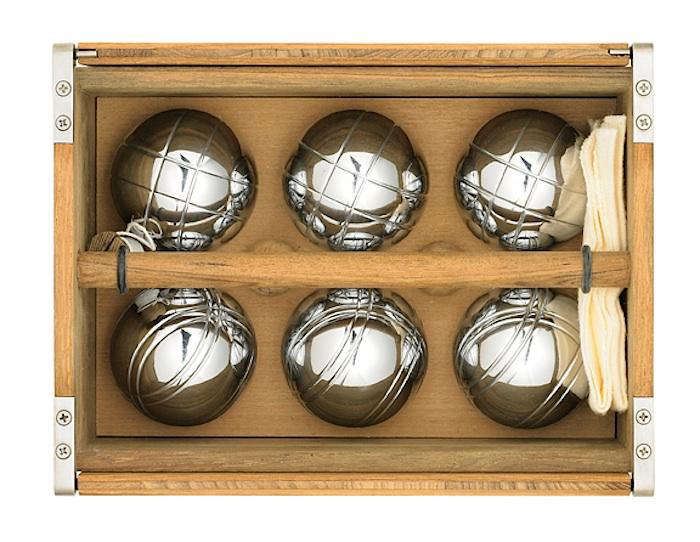 Above: Designed by Hans Thyge and Akiko Kuwahata, the Teak Pentanque Set includes six boules (or balls), a wooden jack (or cochonnet), and the teak box with a handle for easy transport; $310 at Design Within Reach. 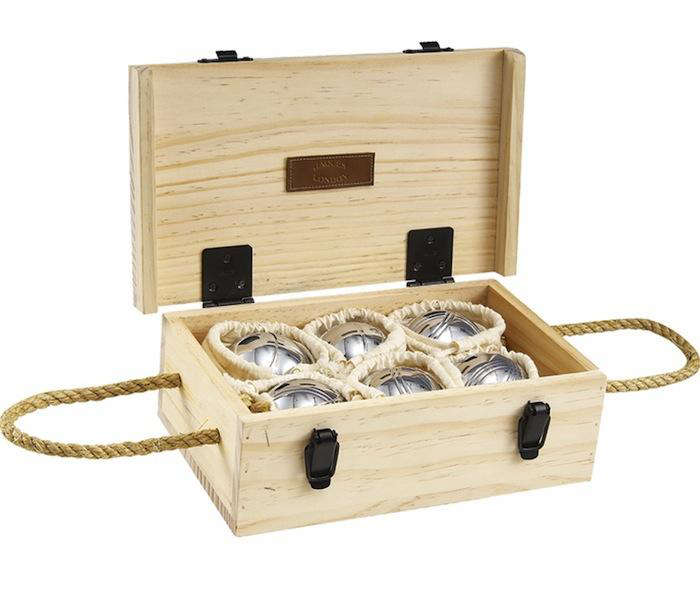 Above: From British company Jaques, a longtime maker of garden games, the Jaques Alloy Six Petanque Set in Wooden Box is $169.99 through Amazon. 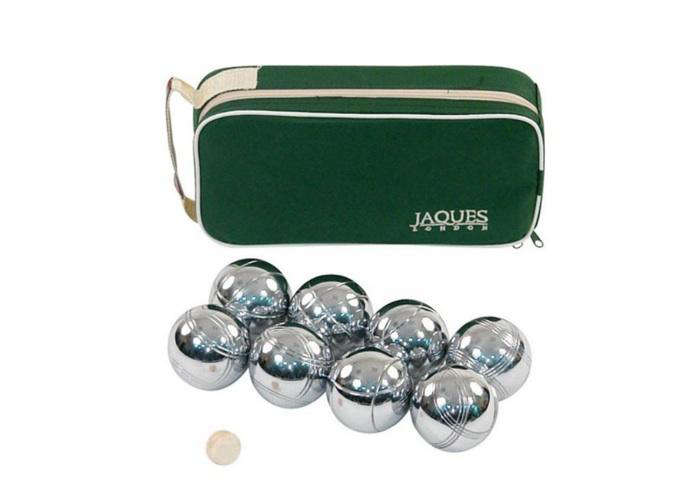 Above: Jaques Polished Alloy Petanque Set with a canvas carrying bag is $99.99 at Hayneedle.