“Are you a shepherd or a photographer?” a tweet asks. The reply from @herdyshepherd1 is concise: “A shepherd that spends a few minutes a day taking photos.” Oh, but what glorious photos—brought to you in real time from northwest England:

The Herdy Shepherd has 3,111 Twitter followers and likes to keep his written communications brief as the pictures he tweets have so much to say. Here is his back story. 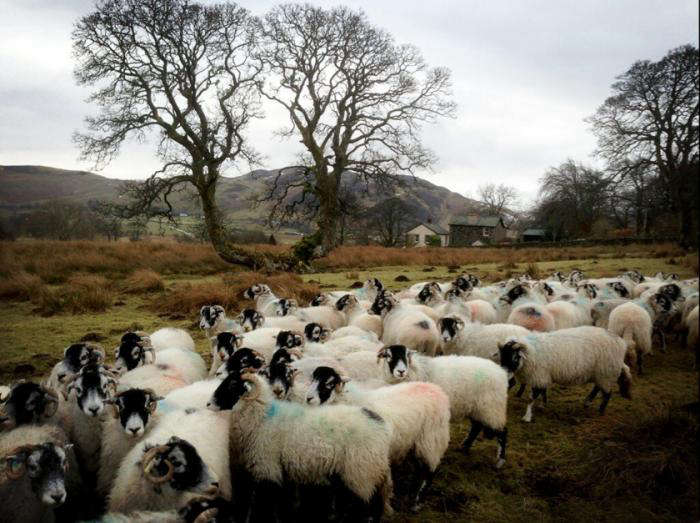 Above: The subjects of @herdyshepherd1 are Herdwick sheep and Cumbria in northwest England; with sheepdogs in a supporting role. The narrative is compelling, mini-installments from a faraway saga.

“These are a breed of very hardy mountain sheep that are indigenous to the English Lake District. No one is quite sure how long they have been here,” says Herdy Shepherd, adding that there are legends which associate the Herdwick with the Vikings and also the Spanish Armada. “The truth is probably that they are descended from sheep that the first farmers brought here five or six thousand years ago.

“In the Middle Ages the Lake District was owned and farmed by monasteries who grew rich from the wool trade. Caravans of fell ponies wound their way across the mountains carrying wool until the start of the 20th century. Sadly today the wool is almost worthless,” he adds. 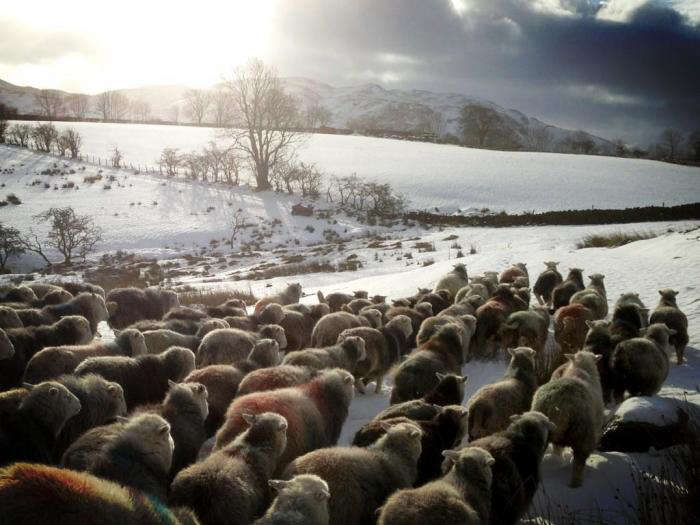 Above: The written tweets from @herdyshepherd1 are like old-fashioned telegrams. One memorable tweet reads: “Sheepdog Snow Lake District Today.”

To continue with the story: “The farming system here is about rearing a cash crop of lambs that are fattened for meat,” says @herdyshepherd1. “Though the valley bottoms are privately owned or farmed with fences and dry-stone-walls, the mountains remain common land, with graziers having a set number of ‘stints’ (a number of ewes that can graze on the common) set by precedent and tradition.” 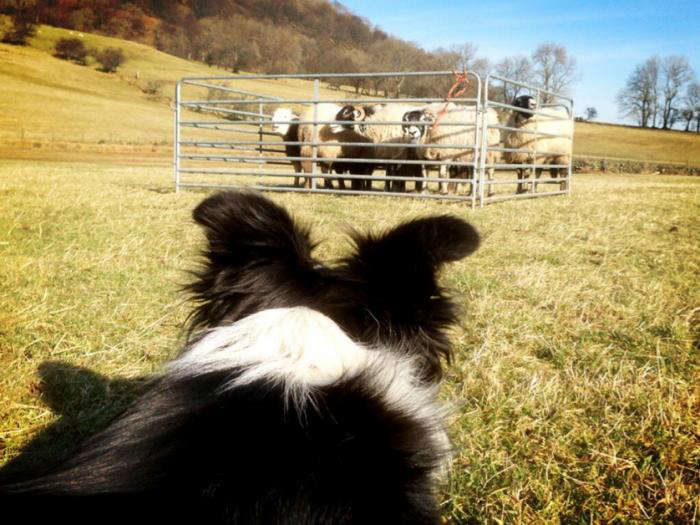 Above: “An amazing feature of the Herdwick is that they are culturally rooted to one place on the mountain,” continues the Herdy Shepherd. “This is called being ‘heafed’ and they teach their lambs the same instinct (female lambs are kept to sustain the system). So the flock of sheep on any given mountain now are the direct descendants of the sheep that would have grazed the same fells many hundreds of years ago.” And an interesting notion: “The people are also heafed.” 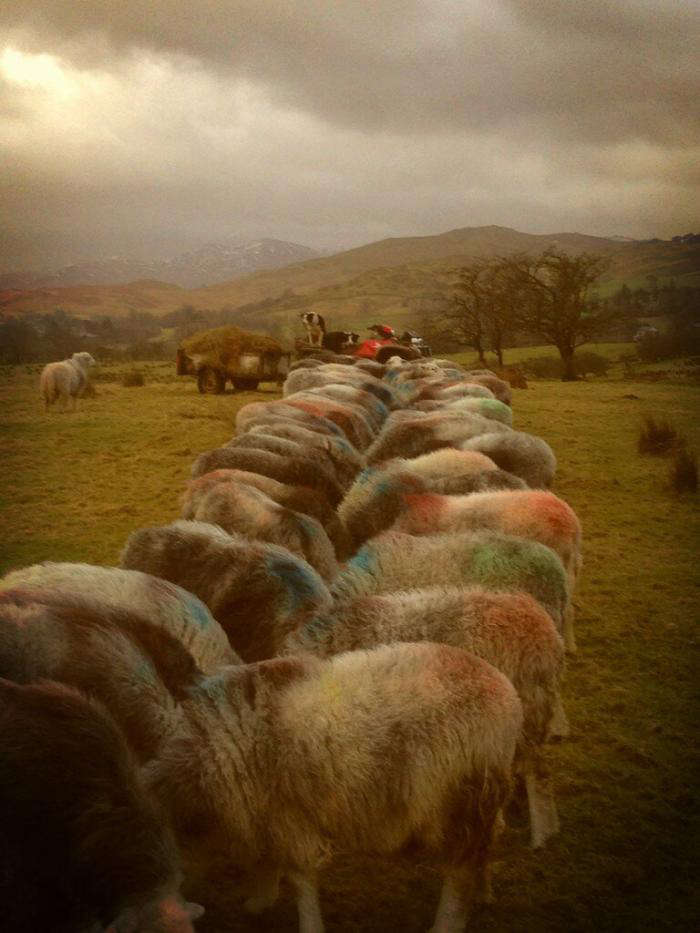 Above: “Because the flocks are heafed to particular farms they cannot be sold from the land, and tradition dictates that they are sold on to the incoming farmer when a shepherd retires,” says @herdyshepherd1. “The farms have ‘landlord flocks’ that remain forever rooted to each mountain area. This cultural tradition is so special and so ancient that the Lake District is currently in the running to be a UNESCO World Heritage site as perhaps the best example in the world of how a pastoral people have evolved their cultural traditions to cope with a harsh mountain landscape.” 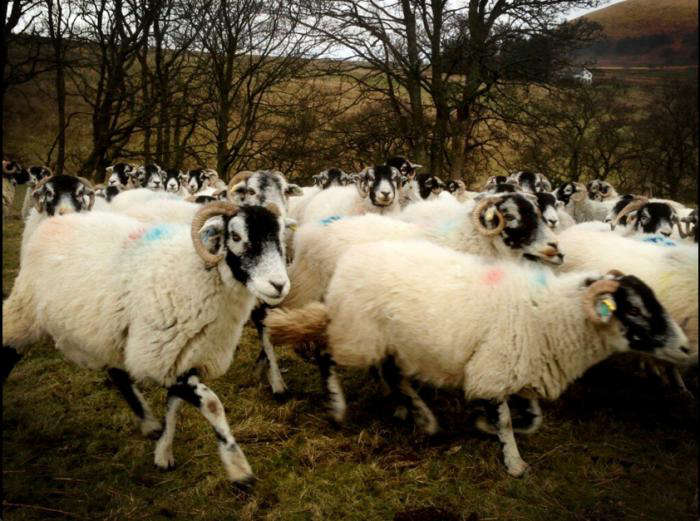 Above: “Beatrix Potter (the children’s book writer) lived in the Lake District and fell in love with this place, its people, and its sheep,” continues the Herdy Shepherd. “She was a keen Herdwick breeder and showed them with some success. Miss Potter was concerned that the farms were being bought by developers and tourists, so she spent her book royalties on buying up the farms and she bequeathed them to the National Trust on her death. Her farms are still held by the Trust and farmed in the traditional way, as she wished.” 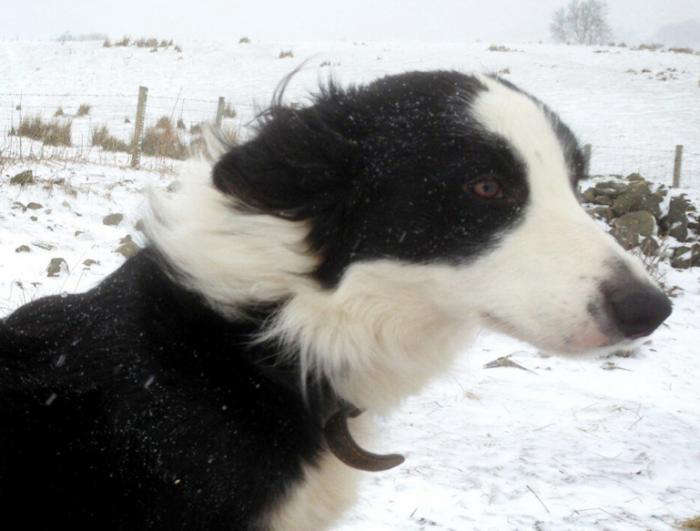 Above: “Sadly, this whole story has become culturally invisible and many people don’t realize that an ancient farming and cultural system survives in the midst of modern Britain,” says @herdyshepherd1. “We think that’s a shame so we started tweeting about it, and the response has been amazing. It breaks down some of the barriers between farmers and the wider public and we seem to be helping people to engage with it, and understand it. The best thing people can do to sustain this system is to buy some of our meat, reared on the mountains, naturally, with a gamey rich flavor.” 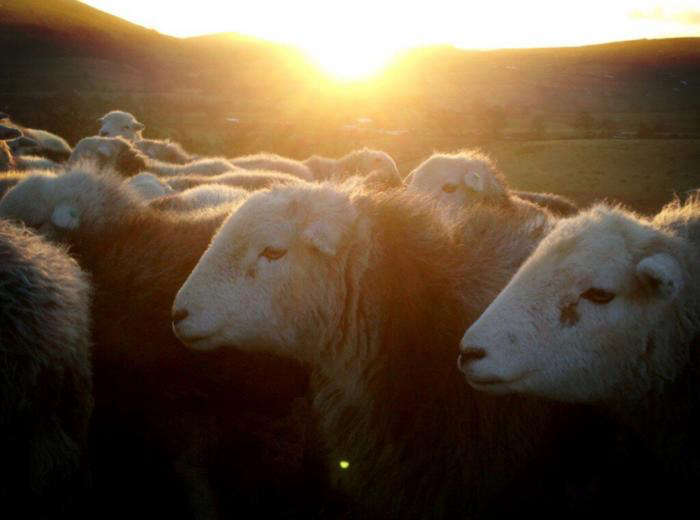 Back to the tweets: “I love sheep and where we farm” reads the caption to the above.

(N.B.: Want to keep up with British gardening trends? Follow @kendramuck on Twitter to read her frequent dispatches on #britishflowers.)

A Misty Garden in Brentwood