Chicory: “Happy to be Bitter”

A decorative crop for the colder months, endive or chicory is easily grown, except for the pale ovals known as the Belgian endive. Grown outdoors in summer, dug up, given a haircut and placed in darkness in autumn, they send out new, sweeter shoots for spring.

Photographs by Charlie Hicks, except where noted. 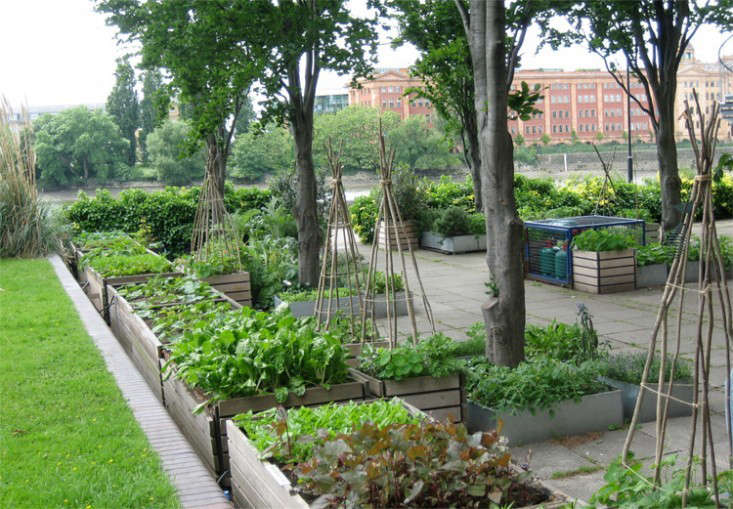 Above: Chicories in the edible garden beds at River Café in London. Photograph by Anna Wardrop. For more, see Winter Salad from the Foot of the Alps.

Endive is part of a large family of chicories. Chichorium endivia mainly refers to curly frisée while its cousin, Chichorium intybus, is a much bigger and hardier group which includes not only the red chicory (radicchio) but every kind of loose-leafed, hearted, dandelion-like, broad-leafed, stripe-y, spotty, tall, and ground-hugging chicory as well.

Above: Chicory is treasured in Italian cooking for its wilting qualities (blanched and served with extra-virgin olive oil) and as a raw salad leaf in which the tender hearts are used, the tougher, outer leaves discarded. Chicory also grows very well in Italy as reflected in the many native varieties.

Above: The red and white Tardivo can also be forced indoors for a dramatic effect of smooth, even stripes. 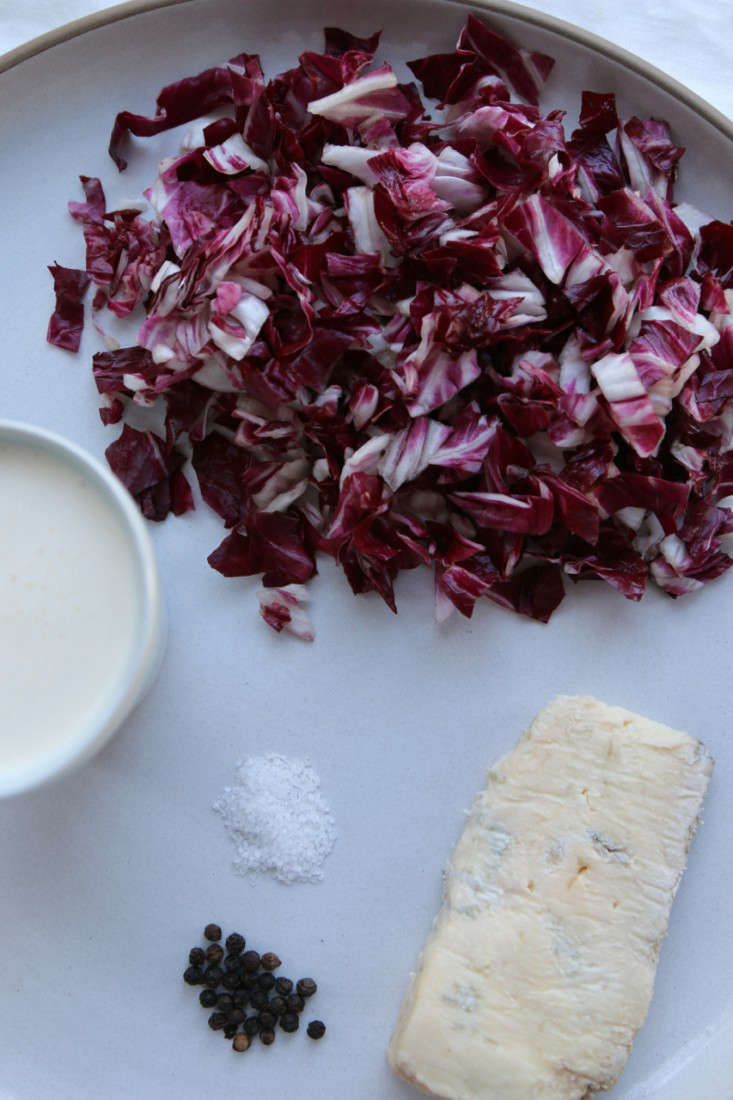 Above: Ingredients for a 10-Minute Pasta Sauce With Radicchio And Cheese. Photograph by Meredith Swinehart.

Chicory goes to seed in its second year, but in a very decorative way, so it’s worth keeping a couple. At this stage they are tall, multi-stemmed plants, covered in morning flowers of clear blue. 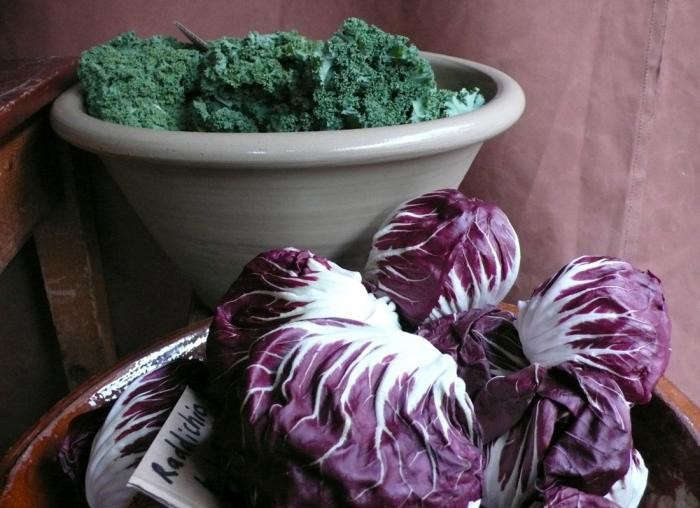 Above: Red chicory or radicchio is very useful in bringing some winter color into the garden, responding particularly vibrantly to very cold weather. Photograph by Kendra Wilson.

Italian dandelion looks like an elegant version of the garden weed. Folk lore tells us that the wild dandelion is a wonderful aide-digestif due to its bitterness and it is the same with all types of chicory. It gets things moving; it’s a known diuretic.

Above: French chicory ‘Pissenlit’ shares its name with common dandelion, quaintly known as ‘Pissabed’ in days of yore.

The mysterious character of chicory means that many of us approach them with uncertainty. Chefs who grow their own food tend to overlook the bitter leaf unless they are French or Italian, in which case its seasonality is highly prized in the depths of winter.

For added sweetness, blanching the hearts of endive is not difficult: tie the leaves with string in the weeks before harvesting or place under a pot as they do at Le Manoir Aux Quat’ Saisons, above.

Above: The full Italian, Radicchio rosso di Trevise. With its strong red and white markings, Treviso comes from the northern Veneto region and requires sub-zero temperatures. With Tardivo, Palla Rossa, Catalogna Frastagliata, it has a story to tell, down bitter, cold roads, rich in shape and texture.

There are of course degrees of sharpness and the popular variety Sugarloaf (shown growing with the forcing pot above) might just undermine the reputation of its extended family.

Above: Bound for salad. A simple dressing of oil and vinegar is a good complement to chicory, balanced with Gruyere cheese. Photograph by Kristin Perers.

Looking for recipes? See Elizabeth David on Vegetables. And don’t overlook the delicious possibilities of Chard, Kale, or Collards. For recipes, see Eat Your Greens.

Finally, get more ideas on how to successfully plant, grow, and care for chicory with our Chicory: A Field Guide.

Recipe Contest: We'll Feature Winners at Our Next Dinner Party