As winter closes in, we’re looking for a way to bring the garden indoors. Our friend Cindy Weil of San Francisco-based Wallpaper Collective had a suggestion: botanical and floral wallpaper. The kind the British do so well.

The other day we stopped by Cindy’s San Francisco studio to look through imported patterns. There we found six modern black-and-white botanical wallpapers to make it feel like summer year-round:

Photography by Michelle Slatalla except where noted. 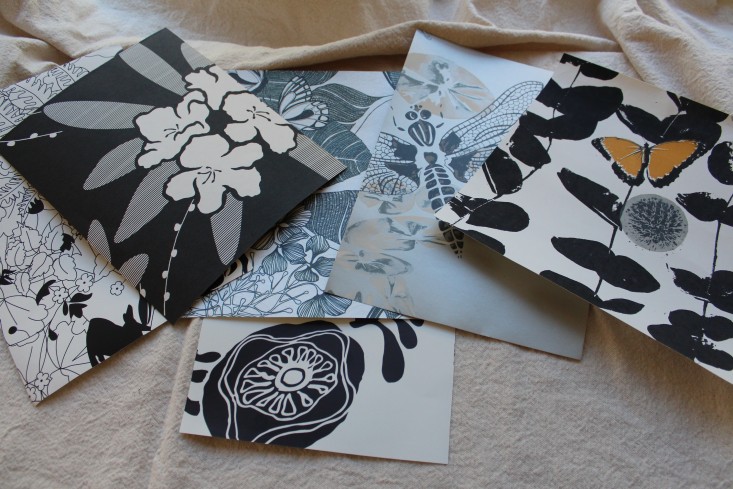 Above: From (L), English Garden by Dupenny; Rhododendron by Kubooa; Hydrangea Garden by Camilla Meijer; Esmeralda’s Reverie by Elli Popp; Dragonfly by Barnaby Gates, and Columbia Road from Custhom. 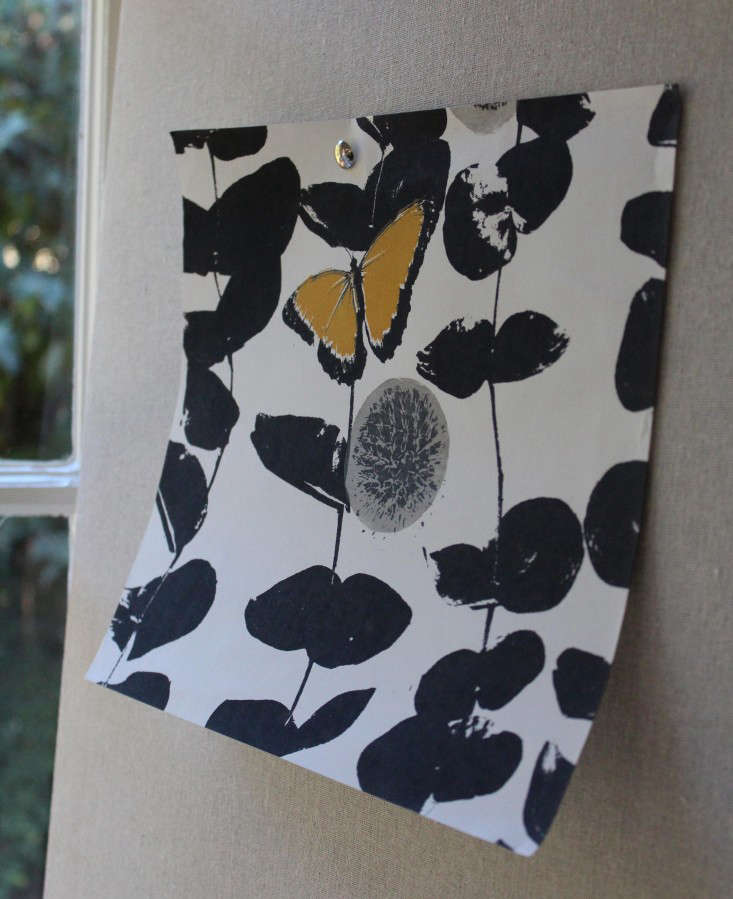 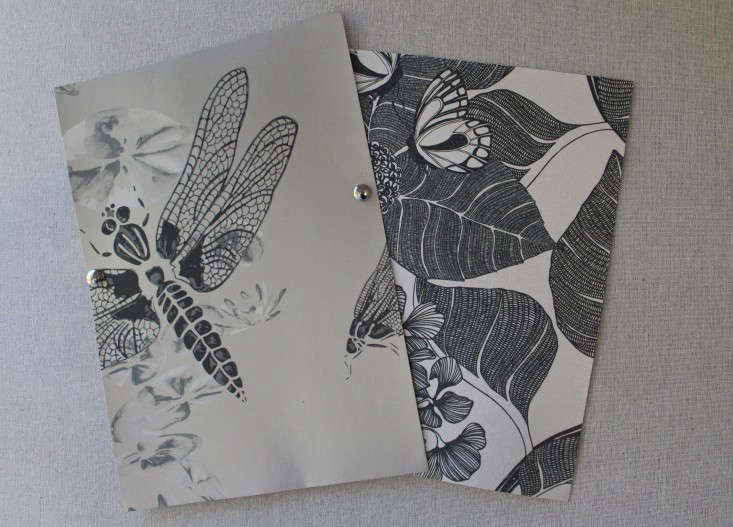 Above: Two wallpapers that shimmer: metallic Dragonfly (L) by Barnaby Gates and Hydrangea Garden in charcoal by Camilla Meijer.

Based in Wiltshire, former magazine editor Vanessa Barnaby and painter Alice Gates design and print all their papers at their British Midlands factory. Of the wallpaper patterns, they say, “We incorporate subtle metallic finishes … and often a wry touch of humor, so you need to look twice.” 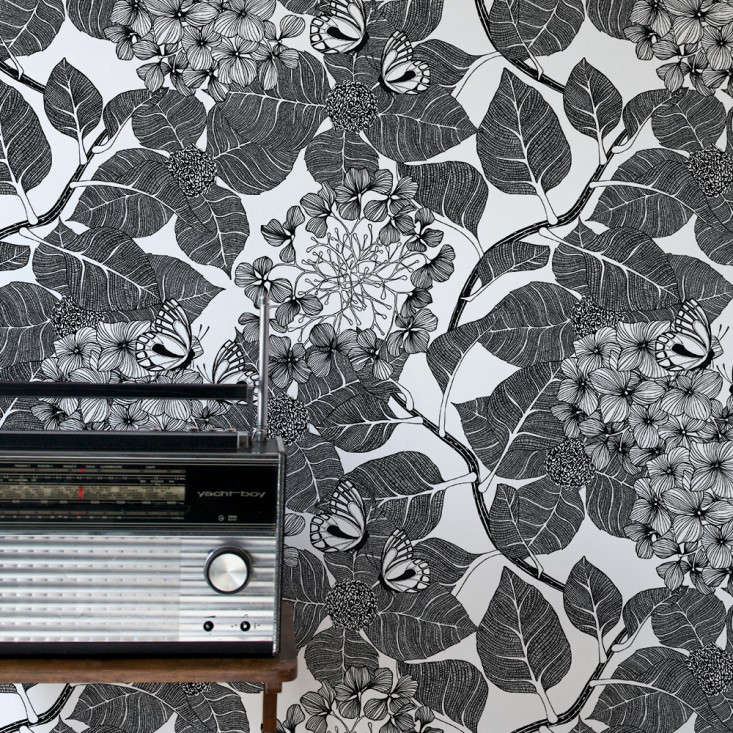 Swedish designer Camilla Meijer lives and works in London; her wallpapers are printed with sustainable inks in the UK. 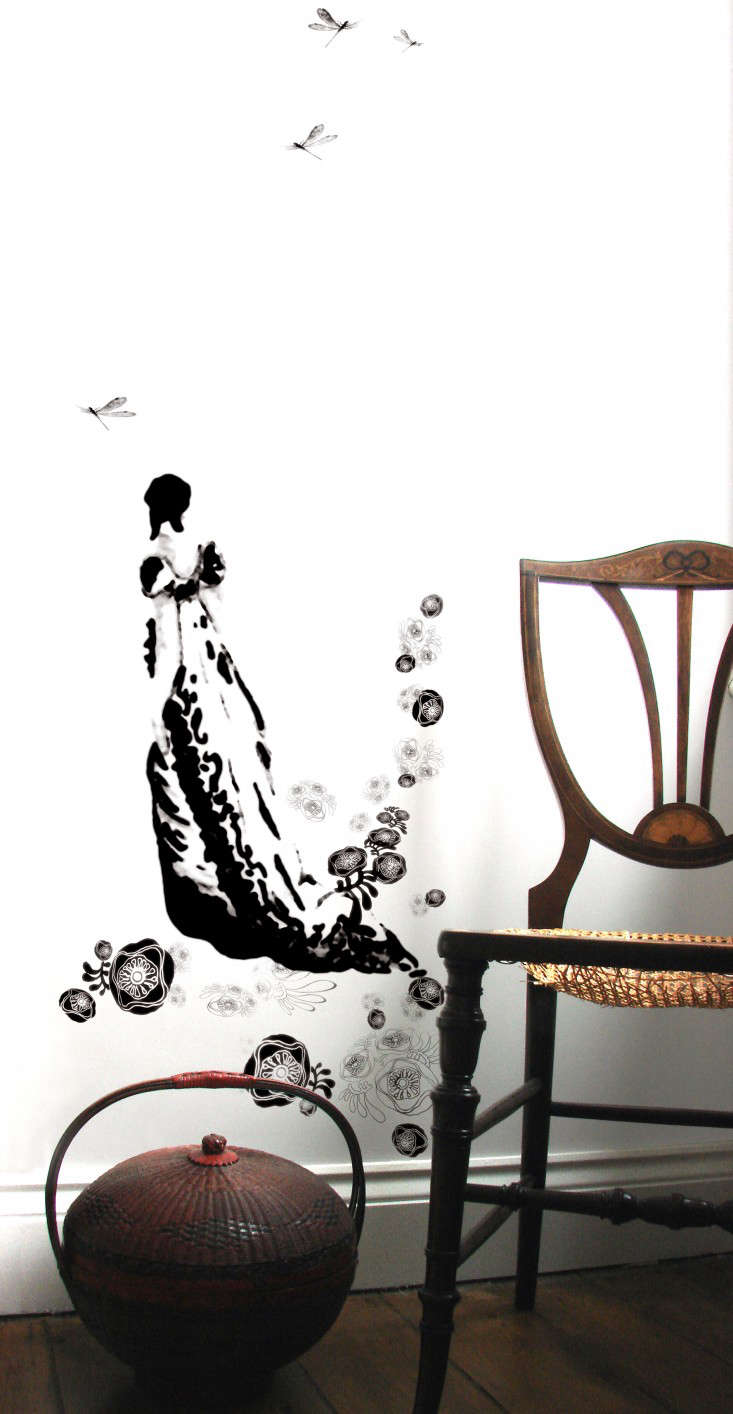 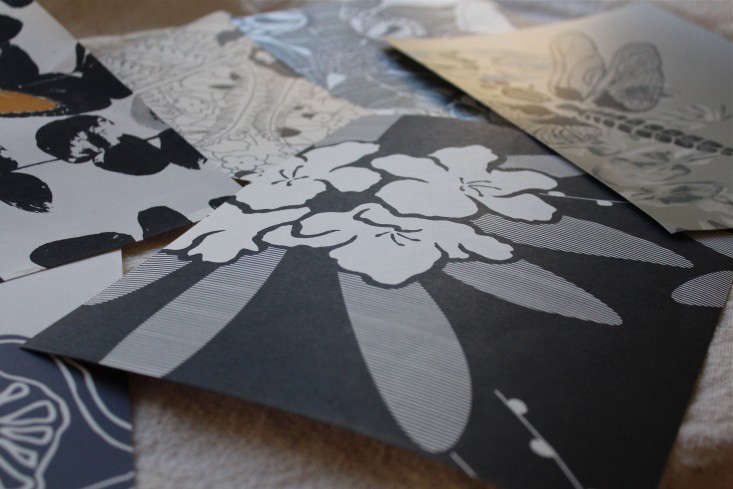 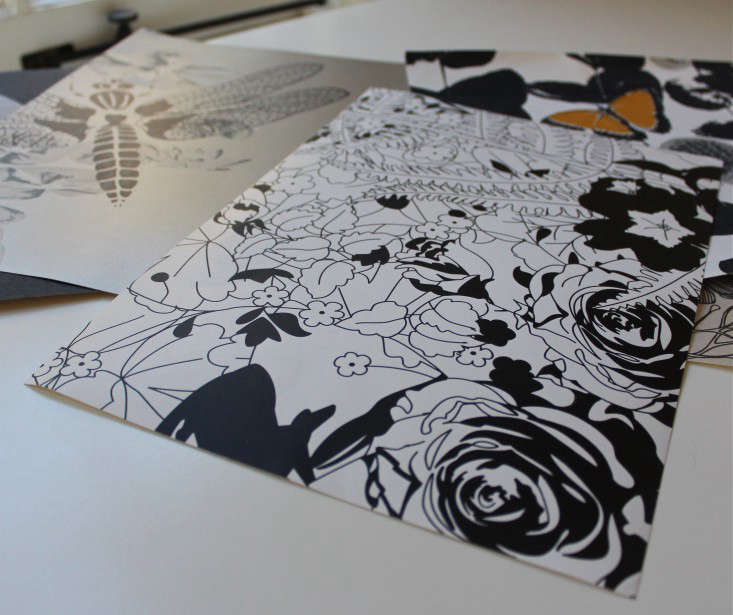 Above: A roll of Dupenny’s English Garden wallpaper in black and ivory is $320 from Wallpaper Collective. (If you’re in the UK, a three-meter roll of English Garden is £65 from Dupenny.)

A perfect powder room paper: Brighton-based illustrator Emily Dupen has a “passion for all things pin-up, retro, curious, and a little bit cheeky.” Her English Garden pattern is a lush, overgrown tangle of ferns, fronds, and roses. We felt an urge to color it in–crayon, marker, colored pencil would all work, we think–and would hang it in a spot that encourages such leisurely interaction. For more information, see Dupenny. 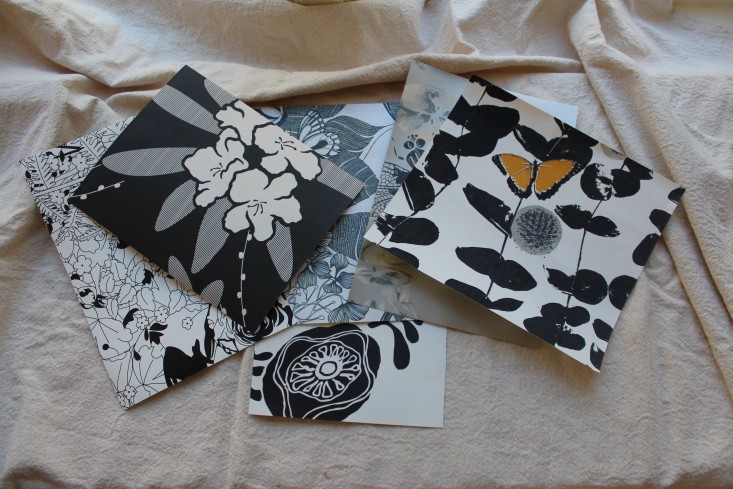 Above: For more British floral wallpapers, see our recent posts on 5 Favorites: Leafy Wallpaper Patterns and How to Pick the Perfect Wallpaper.

The Perks of Being a Pale Blue Wallpaper