As a girl, I was obsessed with wallpaper. The Flanagans down the street had flocked wallpaper in a powder room, and when I babysat, I would stroke its plush surface—”très chic,” to borrow a phrase from the Harlequin Romances to which I was addicted. But weirdly, my mother opposed the red-and-white flocked pattern I wanted for my bedroom. She may have used the word “bordello.” Years later, I still love wallpaper—but I need your help. Stop me from making a mistake in my guest bath by voting for your favorite wallpaper (and tell me why you like it best) in the comments section below. 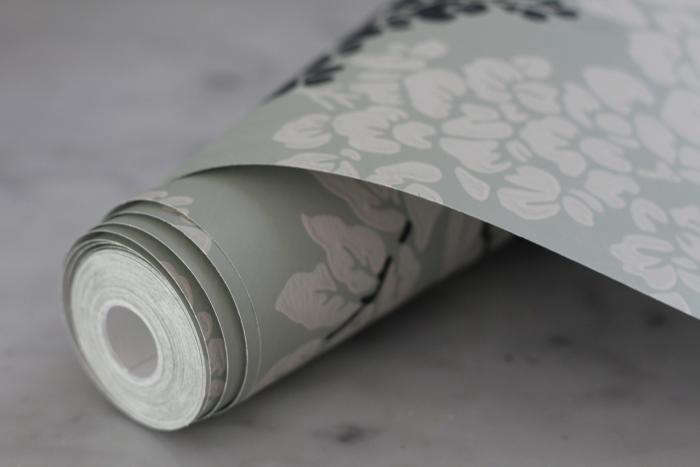 The biggest obstacle to picking the right wallpaper is not knowing how it’s actually going to look after you cover the whole wall. Those little swatches in the look books don’t tell you much. As an experiment, we asked photographer Mimi Giboin to snap a photo of my actual bathroom—specifically, a photo of the wall where the sink and medicine cabinet are located. Then we asked a photo retoucher to Photoshop five different wallpaper patterns onto the wall (see below).

How did we pick the five patterns? It turns out that wallpaper experts know important secrets to choosing the right pattern for a bathroom; I phoned Cindy Weil, owner of SF-based Wallpaper Collective, for the inside scoop.

“Think of a bathroom like a jewel box,” Weil says. “That’s the effect you want to create. A powder room is often windowless and dark; the right wallpaper can transform it. It’s OK to take a risk in a guest bath. You don’t use this room often yourself, so you won’t get sick of a bold pattern as quickly as you might in another, more public part of the house.” 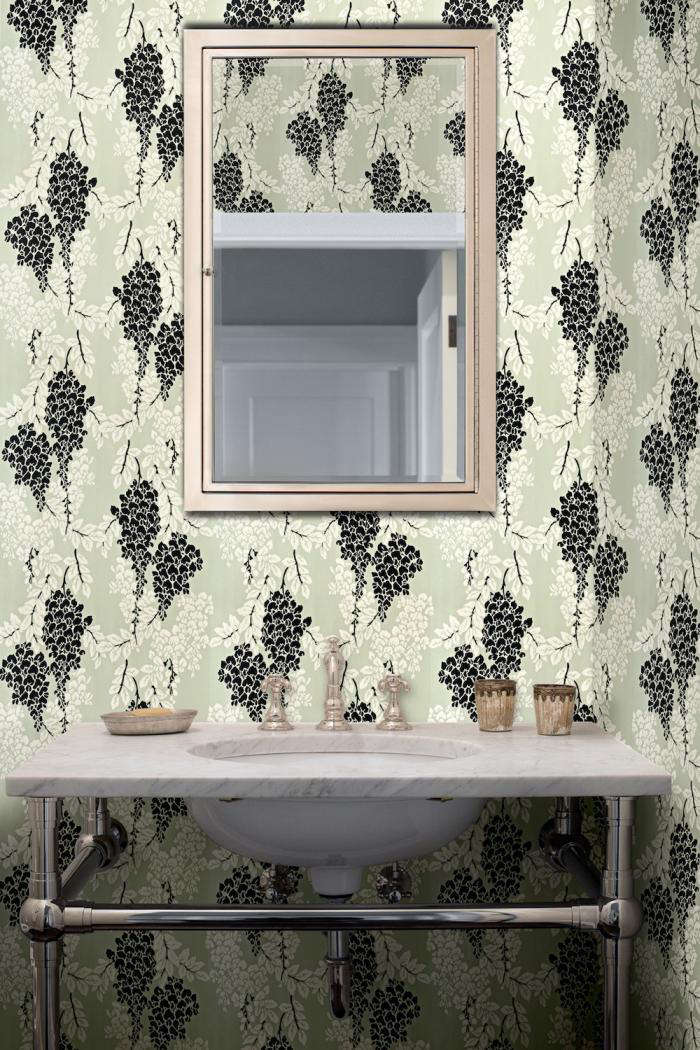 Above: Wallpaper No. 1. Vote for Farrow & Ball Wisteria below if you like this one best.

The Secret to Using a Bold Pattern: “Be very cognizant of the scale of the design,” says Weil. “You don’t want a pattern with a huge repeat in a tiny room because it’s just going to look weird—you won’t have the space to repeat the whole pattern.”

A good rule of thumb: Choose a pattern that has a repeat of 12 inches or less. Why? “Let’s say the average American-size roll is 27 inches wide and on a small wall, you’re using two panels side by side,” says Weil. “On those two rolls, you’ll want to see a repeat or two. If you can repeat a pattern three or four times in a small space, you’ll appreciate it better.” 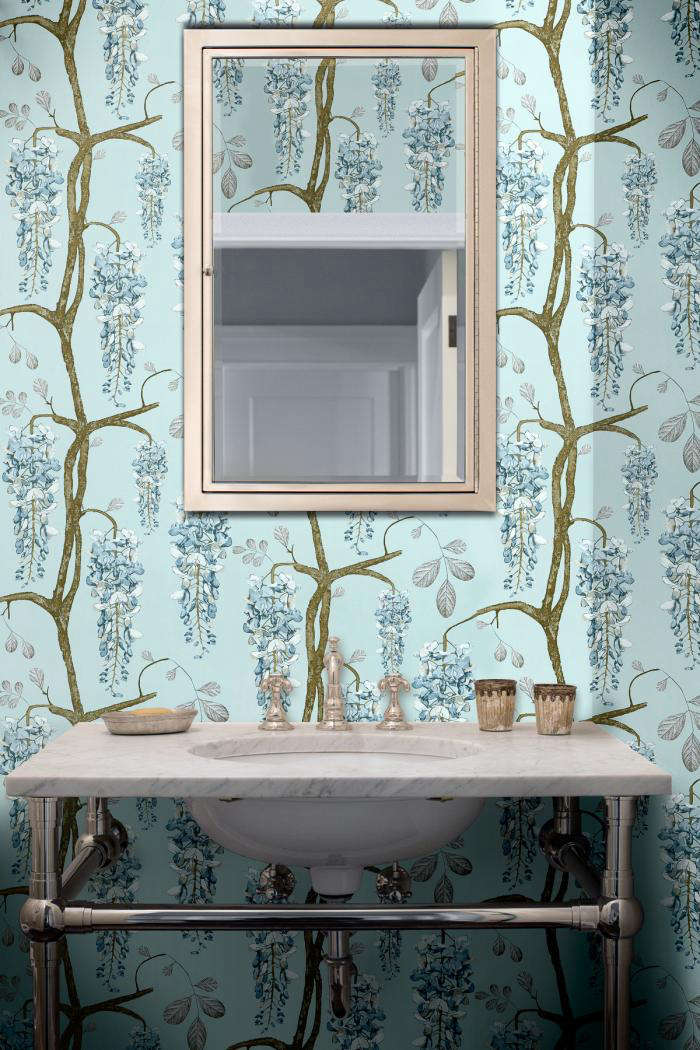 Above: Wallpaper No. 2: If you like this pattern best, vote for Jocelyn Warner Wisteria Turquoise; $142 a roll from Wallpaper Collective.

Break That Rule. The Secret to Using a Pattern With a Big Repeat: You can get away with it if the design is very compact horizontally. The Jocelyn Warner pattern above has a big vertical repeat—24 inches—but matches up nearly identically, when you hang panels side by side.

“Another trick to bringing light into a windowless bathroom is to use a paper—like the Jocelyn Warner pattern—that is slightly reflective,” says Weil. 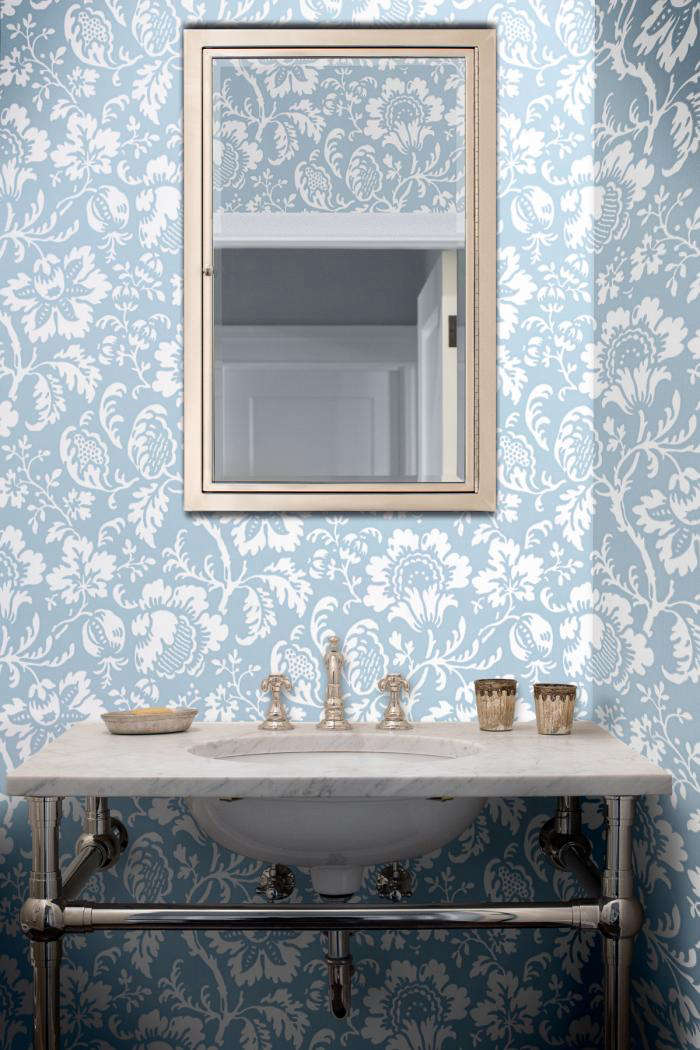 Above: Wallpaper No. 3: If you like this pattern best, vote for Sandberg’s Edgar Light Blue. For pricing and more information, see Sandberg.

When to Wallpaper the Ceiling Too: “It works best if you have molding to separate the wall and the ceiling,” says Weil. “If so, absolutely wallpaper the ceiling to heighten the jewel box effect.”

Can you use a contrasting pattern on the ceiling? “This is very scary and not for the faint of heart,” says Weil. “But sometimes you can pull it off with a coordinating paper.” 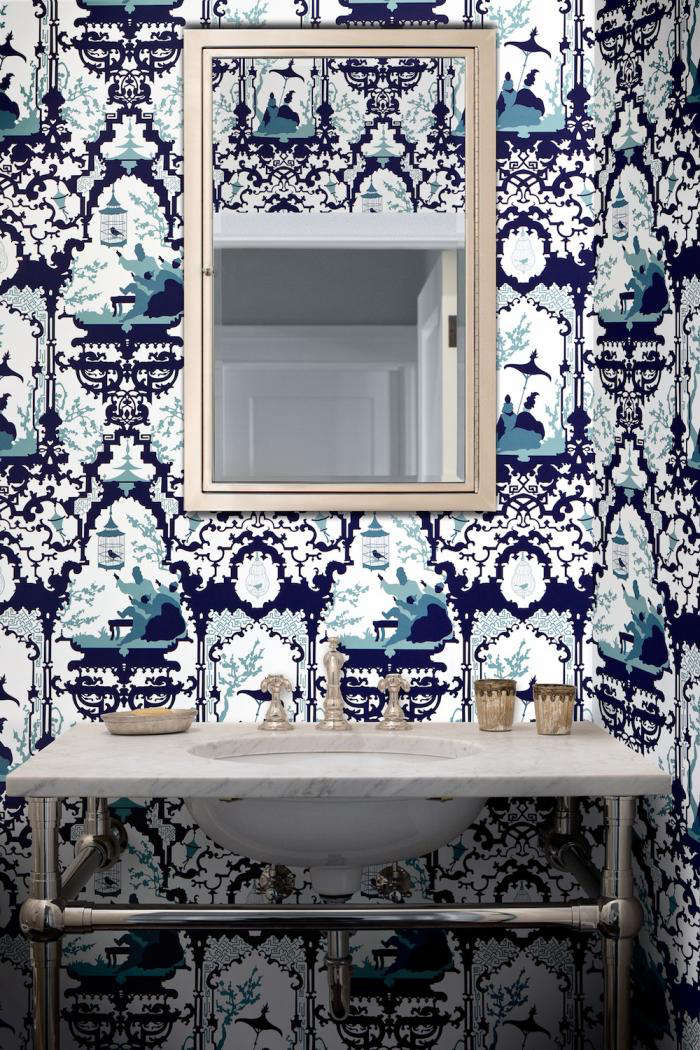 Above: Wallpaper No. 4. If you like this pattern best, vote for La Cage Midnight on White Mylar; $255 a roll from Wallpaper Collective.

Test It Before You Hang It: If you fall in love with a pattern, get as big a piece of it as possible and tape it to the wall. Live with it for at least a week and ask: Do the colors go with everything in this room? Or does the bright white toilet stick out like a sore thumb?

“My husband’s aunt has black wallpaper with gold dots in the bathroom, and she has black fixtures—a black toilet—and gold hardware,” says Weil. “It’s just great. I love black wallpaper. Most people don’t have the guts for it, but it can be just great with the right fixtures.” 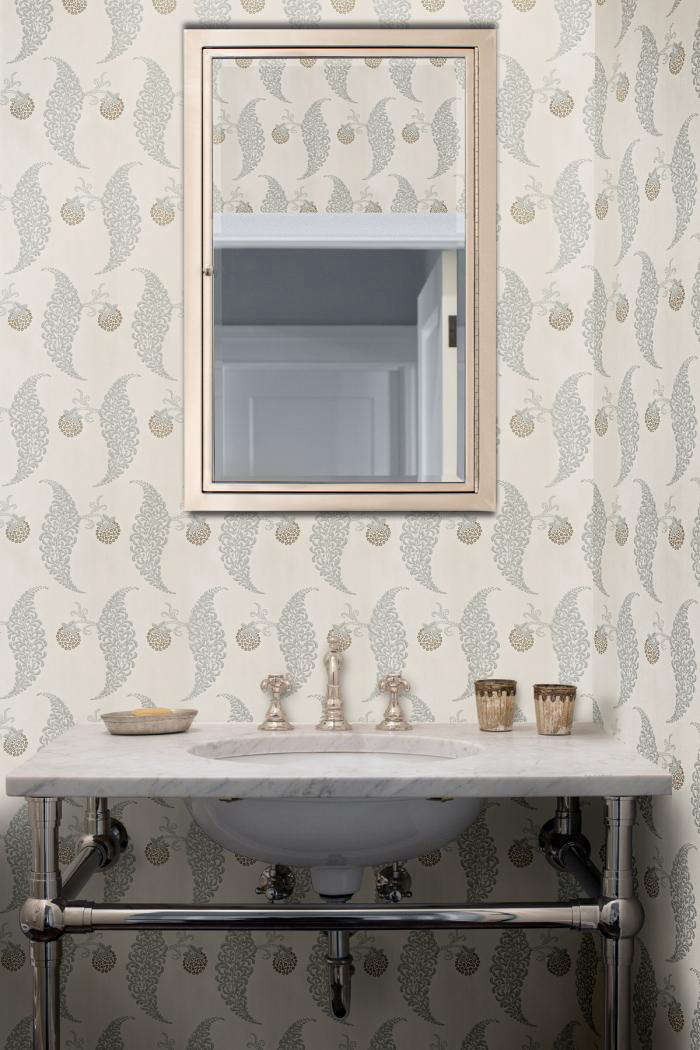 Order a paper sample of any pattern you’re considering. At Wallpaper Collective, for instance, you can order an 8-by-11-inch sample of any of the 700 patterns for $5 apiece. 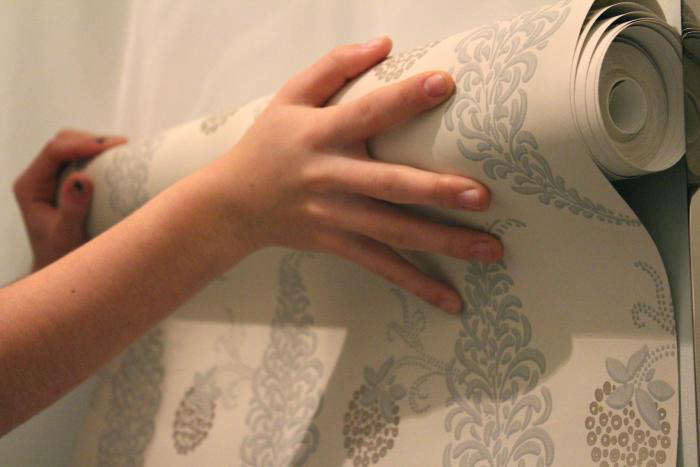 Have I overlooked anything? I know which one of these five I’m leaning toward, but maybe there’s another paper you love that I should consider. Do you feel strongly about a particular pattern? Tell me about it in the comment below. And, Mom? If you’re reading this, I just want to say you were right: the red-and-white flocked paper would have looked like a bordello.

For more of Michelle’s bathroom design dramas, see Crisis in the Commode.

A Scandinavian-Influenced Cafe in Japan (with a Bit of LA, Too)