Who hasn’t fantasized about trading it all for a life on a farm? Dutch marketing genius Luite Moraal has us pegged, and his network of Feather Down Farms delivers the homespun fantasy, with sleeping quarters included (chores optional).

Moraal (an alum of Disney World Paris) came up with the concept of supplying historic, family-run working farms with a kit that enables them to welcome overnight guests in rustic high style. In the past decade, Feather Down has built a network of 57 farms in rural locations stretching from the Netherlands, France, Germany, and the UK, upstate New York and California. Visitors stay in three-room canvas tents that Moraal designed with help from an architect (and, presumably, some input from the Brothers Grimm).

Photographs via Feather Down Farms. 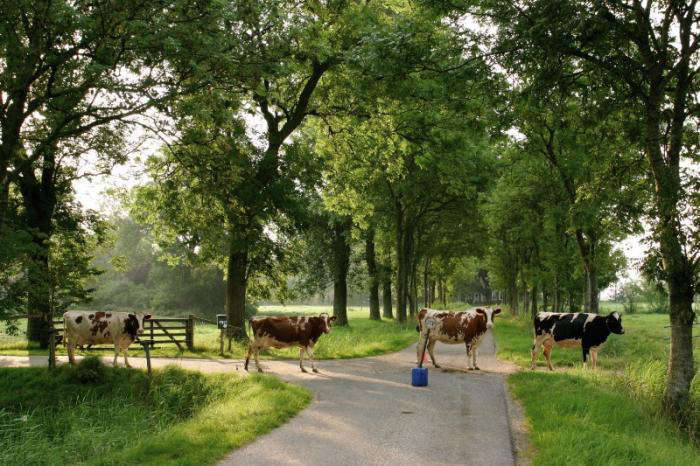 Above: Feather Down Farms seem straight out of Masterpiece Theater: ‘T Wessenlink, in Schaltkhaar, the Netherlands, dates to the 17th century and is set near an ancient woodland. Time your visit to catch the daily dairy cow parade. 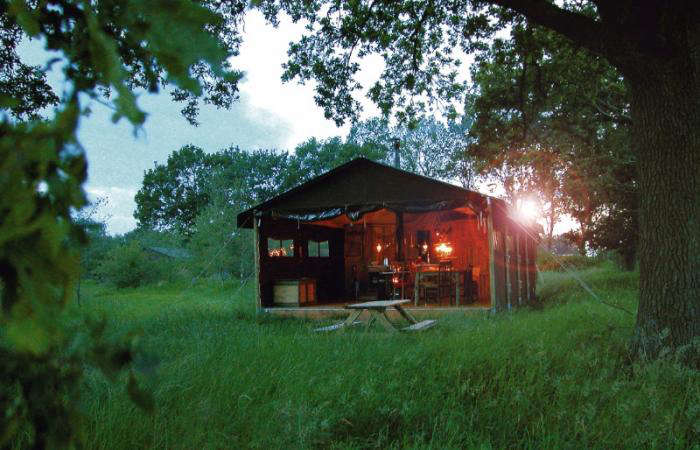 Above: Camping at Feather Down Farms means staying in wood-framed tents lit by candles and oil lamps, but equipped with kitchen sinks and flush toilets. 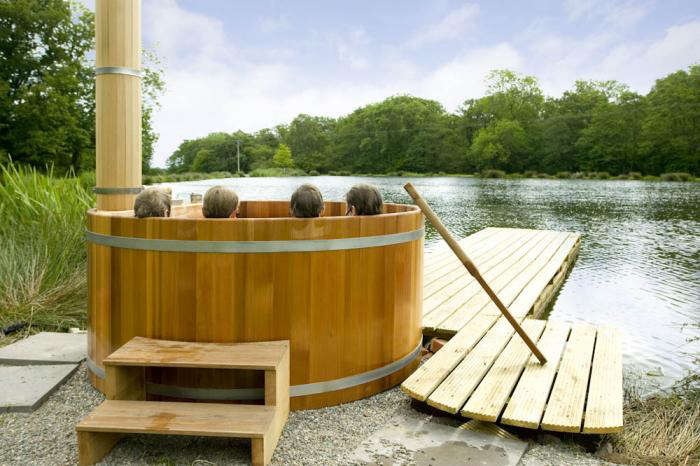 Above: Some locations have wood-fired hot tubs overlooking swimming ponds. 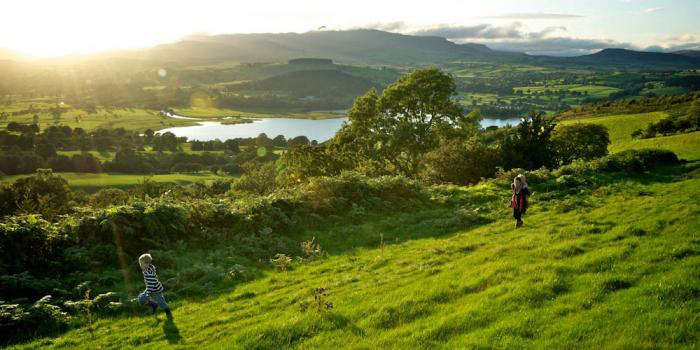 Above: Others have rolling pastures. 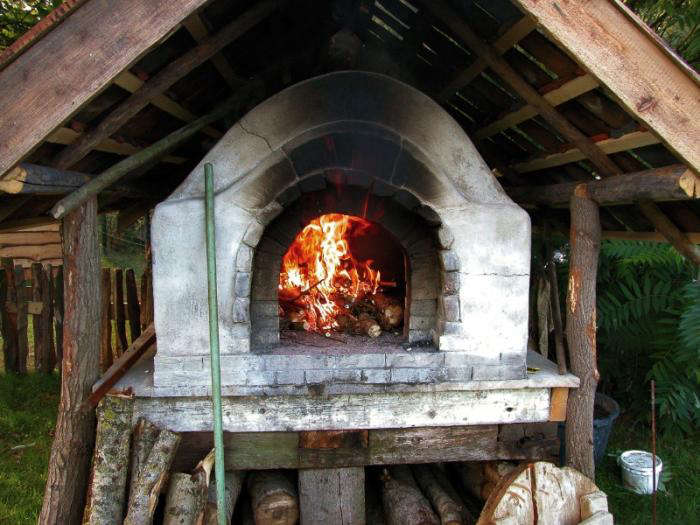 Above: Each farm also has a communal pizza oven and sells all the fixings (including dough and toppings) as well as ingredients for making your own pizza from scratch. 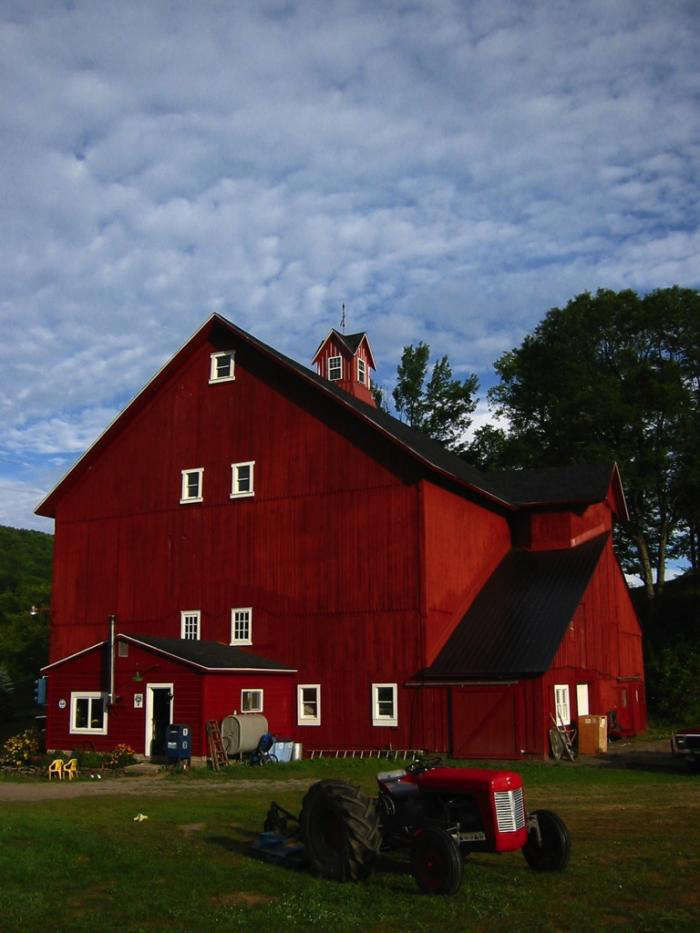 Above: In Walton, New York, three generations of the same family run Stoney Creek Farm. They raise chickens, pigs, and cows on 85 acres, and adhere to what they call “beyond organic” standards. 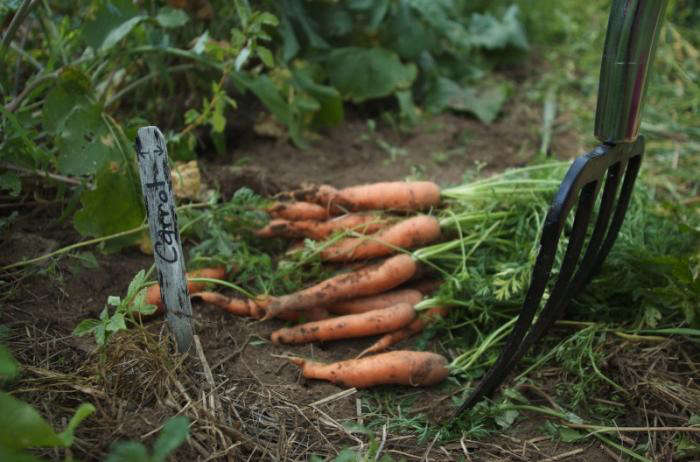 Above: Just-picked produce, bound for dinner. 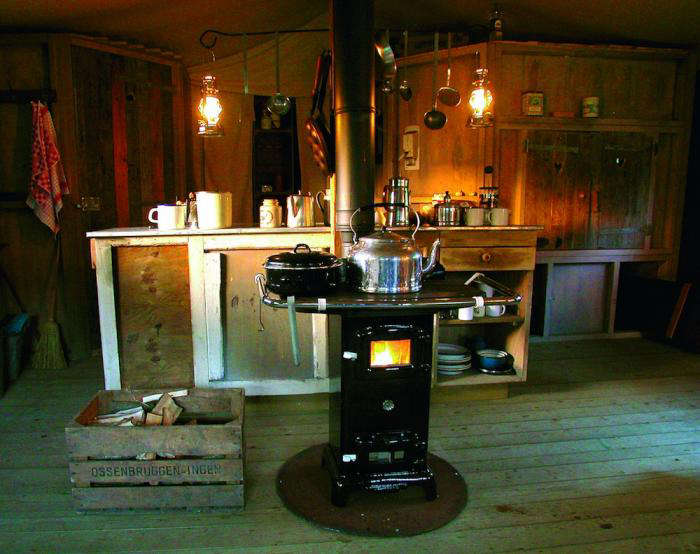 Above: Each tent sleeps six in a Dutch-style bedstee, a sleep cupboard tucked behind the dining table. There’s also a master bedroom and a bunk room. Meals are cooked on a wood-fired stove from farm ingredients—each Feather Down setup has an honor store stocked with everything guests need, including coffee that you grind yourself.