To clip or not to clip, to edge or not to edge? It’s more engaging if you can accommodate both, but make sure that it looks as though it has been done on purpose.

Above: At Rousham in the Cotswolds, which we featured in An Insider’s Favorite Garden earlier this week, a good equilibrium between natural and artificial is achieved. Take laurel, which is fairly bushy here but hemmed in with neater boxwood. Laurel should always be “tipped” by clipping the growing tips, and never machine cut. 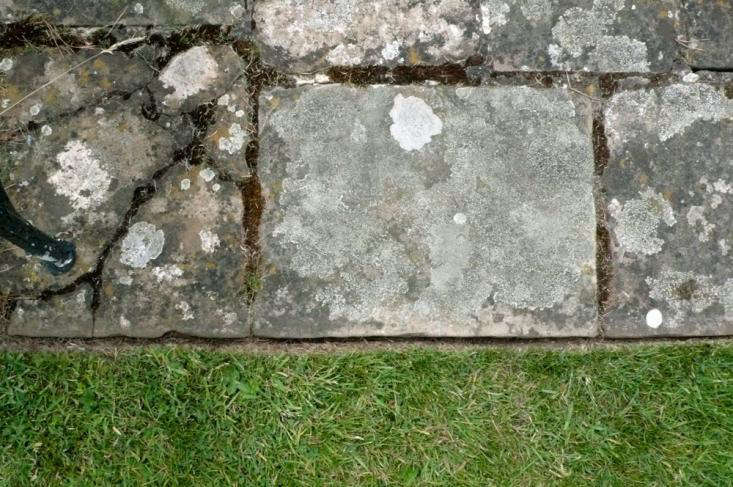 Above: Turf that looks as though it has been sliced with a Japanese sushi knife. The veteran edger at Cottesbrooke Hall has impossibly high standards.

Above: I prefer sheep shears for trimming on a domestic scale; three sizes of Single Shears for Dagging and Trimming are available, from £24.09 to £28.34, from Burgon & Ball. If your garden is looking scruffy, neatly edged grass has a miraculous effect in bringing it all together.

Above: Old box is not very cooperative but forms a “bobbly” low barrier. Niwaki in the UK offers a bewildering array of Box Clipping and Topiary Shears from Japan; from £39. The self-seeded teasel growing out of it adds to the intentionally wayward effect. But it’s fine, because the gravel next to it is beyond reproach.

Above: Edging which is purposeful, sharp, but a bit wobbly. Columbines and random tulips wrap themselves round the pigeon house at Rousham, and will be joined by annuals.

Above: Primroses and other wild flowers blur the lines under trained espaliers.

Above: A lovely plant like iris, which wants to roam, should be allowed. This is a hybrid between traditional and gravel gardening with the flower bed clearly marked, but generally ignored. Schreiner’s Gardens offers a choice of hundreds of irises.

For more clipping, see When is a Hedge Not a Hedge?

The Secret Ingredient to Make Windows Shine Bright Like a Diamond

Join Me for a DIY Workshop at Anthropologie