If you have any doubts that the horticulture world is besotted with native plants, just have a look at what is going on in New York City’s two major botanic gardens.  In early May the New York Botanic Garden opened a new, 3.5-acre Native Plant Garden.  In mid-June the Brooklyn Botanic Garden will begin to welcome visitors to a major expansion of its Native Flora Garden.

Just days after its formal opening, I took the train up to the Bronx to see the new garden.  Gardeners were still installing plants and I noticed plenty of bare spaces between plantings that had not yet had time to fill in.  However, I’m happy to report that this new garden with its wet and dry meadows, woodland area, and dramatic water features can easily hold its own with any of the more formal, conventional gardens at NYBG.

The design was done by Sheila Brady of Oehme, van Sweden, a landscape architecture firm whose founders are credited with popularizing the New American Garden style, which was inspired by native meadows.  In the 1970s, Wolfgang Oehme and James van Sweden made their mark in Washington D.C. by doing the unthinkable: ripping out their clients’ front lawns and replacing them with grasses and native perennials. 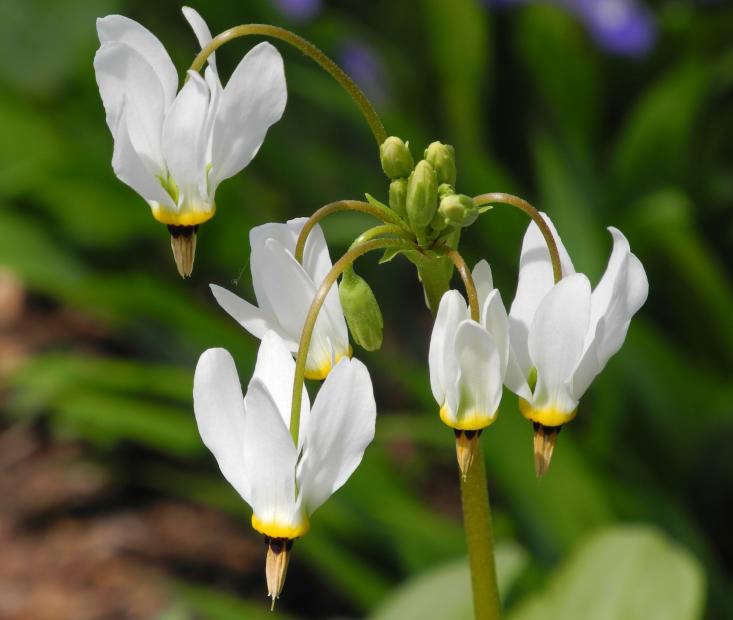 Today drifts of wildflowers in both front and backyards have become commonplace.  Native plants are prized, not only for their beauty, but because they are easier on the environment… requiring less water, fertilizer, and maintenance.  They also sustain birds, butterflies, and beneficial insects better than exotic species.  Our eyes are growing accustomed to seeing plants in their natural settings and forms, not hacked into artificial shapes with pruning shears.

The supreme achievement of Ms. Brady and Jodi Payne, the Native Plant Garden’s curator, is that their work isn’t obvious… their creation looks as if it has been in place for ages… maybe since the time when landscaping was done by glaciers.  Of course, the hardscape looks new; the wide black locust boardwalks, the outdoor classroom and the water feature are structures that have a hard-edged modern look which may soften in time.

The two main areas of the garden are the meadow and the woodlands which lie on either side of a 230-foot-long manmade pool.  Up in the meadow is a huge prehistoric granite boulder split nearly in two. It is surrounded by rocky ridges pushing up through the soil.  Plantings here are dominated by grasses.  We saw plaintainleaf sedge in bloom, its stubby little black and brown flowers waving in the breeze to beckon passing songbirds.

And there are plenty of showier flowers too, especially those which thrive in rock gardens: native yellow columbine, white eastern shooting star, dwarf blue star, and birdfoot violets. Bright yellow Zizia aurea, clumps of pink prairie smoke, and a ground cover of dwarf crested iris all soften the granite outcroppings with their spring blooms.

On the opposite side of the garden, across the pool with its two low waterfalls and bio-filtration wetland, is the woodland area.  It is shadier and more lush than the meadow, with dogwood trees and chokeberry bushes in bloom and tall ferns surrounded by native phlox. Wide swaths of white Tiarella cordifolia, studded with dabs of the yellow of Trillium luteum and lady’s slipper, brighten the ground below towering old trees.

Of course, when you take your own trip to the Bronx to see this new garden, you are guaranteed to have a completely different experience.  The purpose of this place is to teach visitors about the beauty of native flora throughout the year.  And its approximately 400 species were chosen carefully to be an ever-changing mosaic of forms and colors that shift with the seasons. The good news is that whenever you go, you can count on getting a great show.

For information about visiting the New York Botanic Garden, go to its website.

See an interactive Map Of The Native Plant Garden.