It’s one thing to create a garden that looks beautiful when you see it at ground level, but Franchesca Watson, a landscape designer in South Africa, has taken things further.  She has designed a garden that looks distinctive both from the ground and also from above.

Her Graphic Garden in the Cape Town suburb of Constantia uses a sophisticated selection of plants to create strong patterns that are especially striking from a bird’s eye view.  The client, whose taste had matured from the “prettier” garden Watson had previously designed for her, wanted a style that would complement her modern home without being stark or minimal. 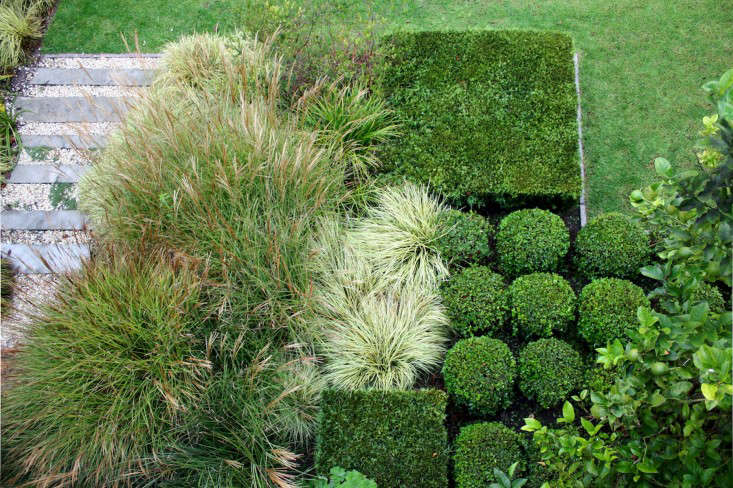 Above: The Graphic Garden lives up to its name, especially when seen from above. Photograph by Heidi Bertish.

The two-story stone and wood contemporary home is in what Watson describes as “a leafy suburb south of Cape Town on the slopes of Table Mountain on the lands of the old wine farms.” Watson designed around old oak trees dating from the pre-development time when the property was part of a vineyard.

Above: Huge stands of Miscanthus gracillimus soften and highlight the stonework of the house. Photograph by Mike Hall. 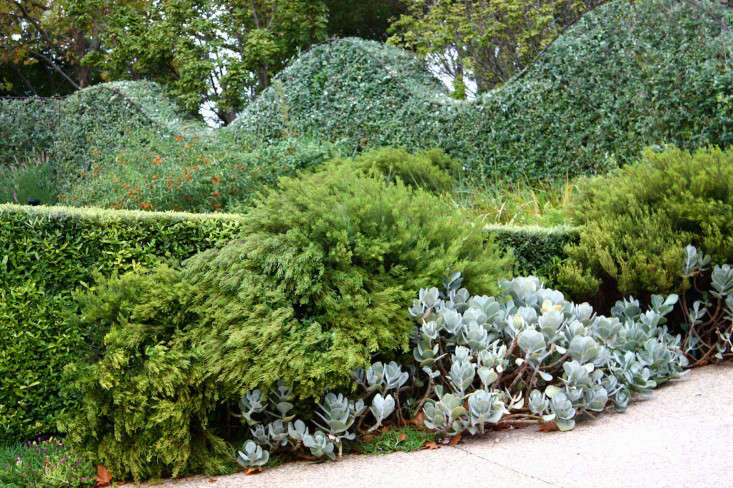 Above: A hedge pruned into a whimsical shape adds charm. Photograph by Heidi Bertish.

Very controlled elements such as a group of boxwoods clipped into balls, an imposing hedge capped with undulating scallops, and a number of shrubs severely pruned into rectangles and tall boxes sit side by side with totally natural free-form grasses such as Carex evergold and Miscanthus gracillimus. As Watson says, “This garden was all about textures and subtle color tones.” 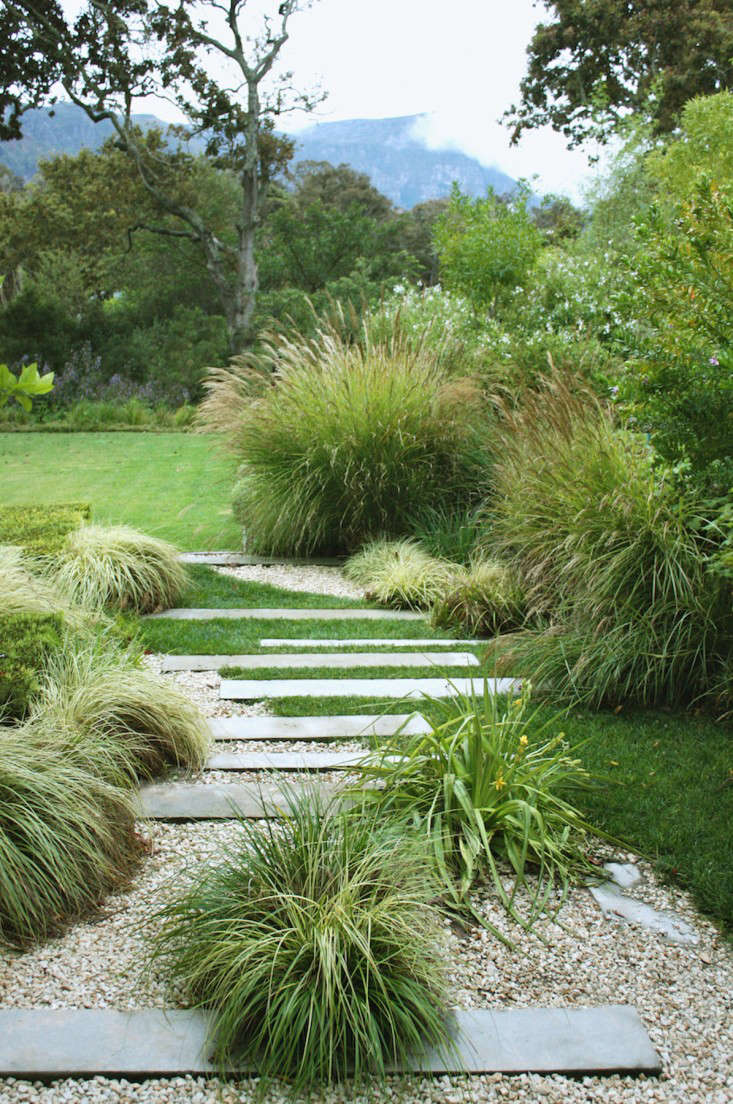 According to her website, Watson is known for her “cool sophisticated design and stylish planting schemes.” She is comfortable working in a variety of garden types because, as she says, “In South Africa, a garden designer has to be able to embrace a number of styles and approaches to suit a fairly small market. But I definitely enjoy more modern or natural gardens, unless I am designing around a period buidling.” 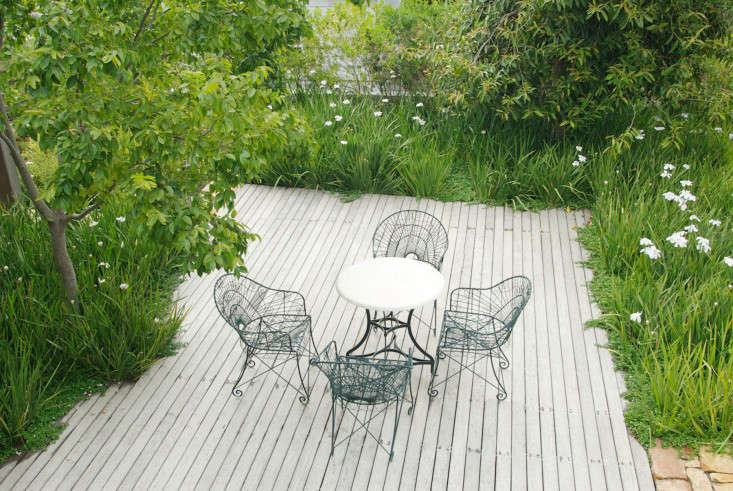 Above: The patio in the Graphic Garden is surrounded by plantings that make it a private spot for relaxation. Photograph by Mike Hall. 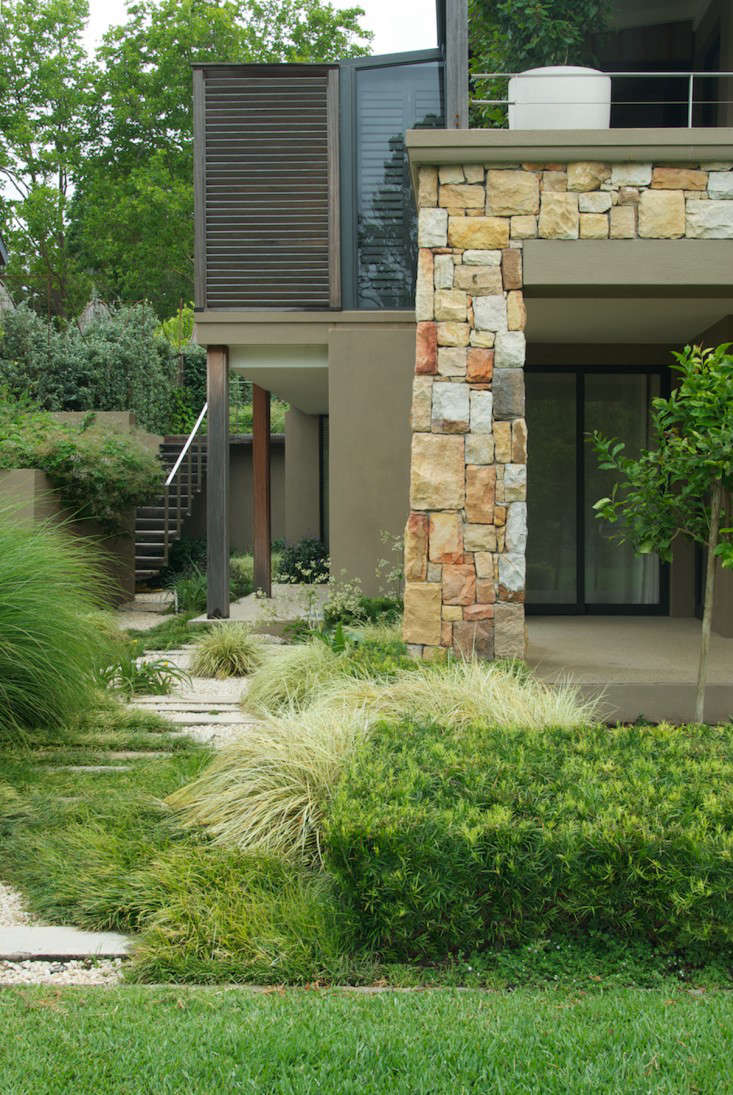 Above: The dark palette of the house sets off the subtle colors in the garden. Photograph by Mike Hall.

The Graphic Garden is not really a flower garden, but Watson did add some local flowering plants such as Knowltonia versicatoria and Hypoxis rooperii (which are South African natives and add color and detail). Watson says Knowltonia versicatoria, with its dark green leaves, is one of her favorite local plants. She compares it to helleborus and likes to use it massed as a ground cover. 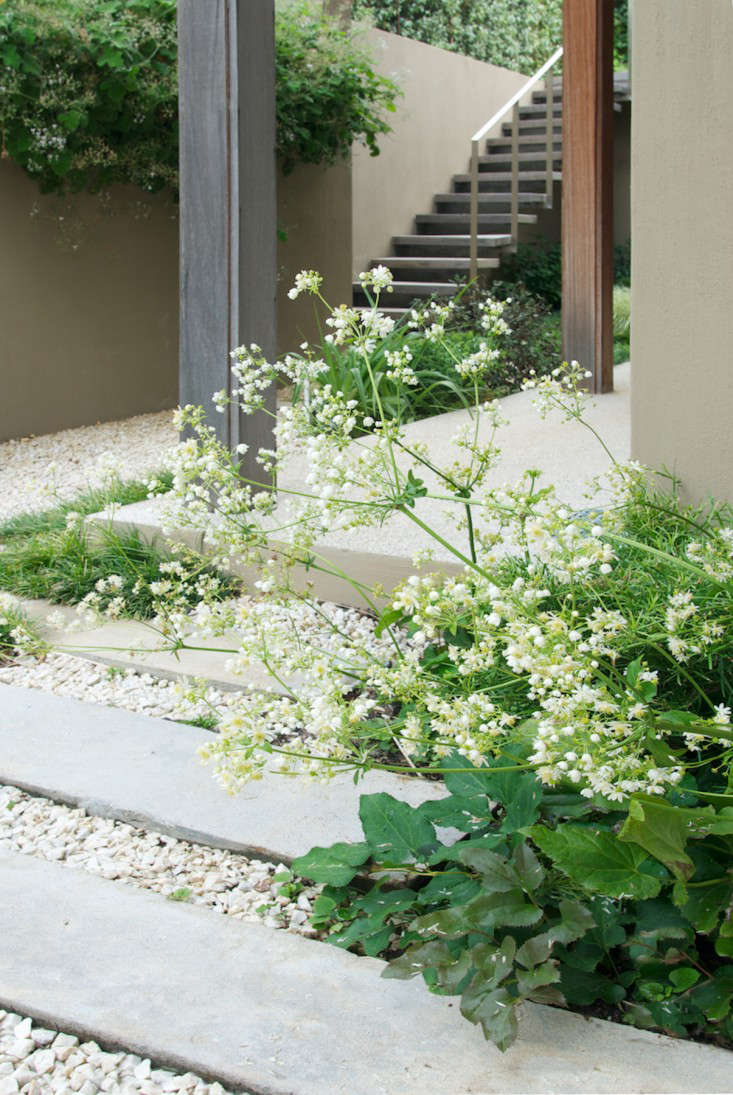 Above: Knowltonia versicatoria blooming in the Graphic Garden. Photograph by Mike Hall. 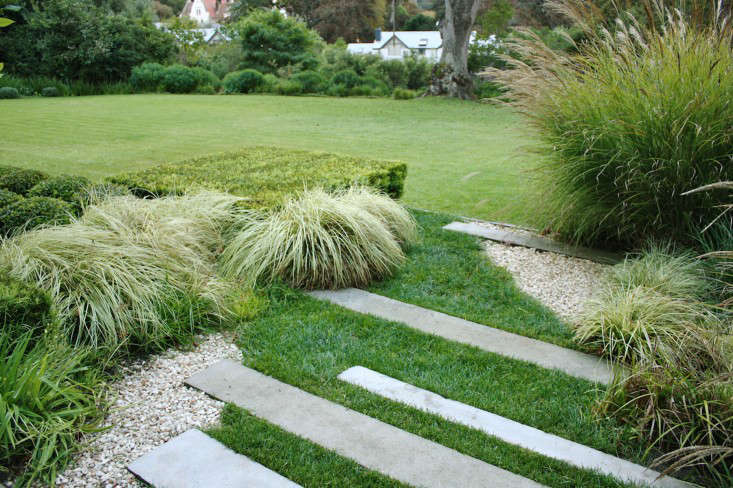 Above: Linear pathways are an important design element in the Graphic Garden. Photograph by Heidi Bertish.

According to Watson, the Graphic Garden design succeeds because of the unexpected contrasts between carefully controlled formal plantings and those that are left alone to be natural and wild.  She also points out that the pathways which alternate bands of gravel, grass, and long paving strips also add a strong graphic element. 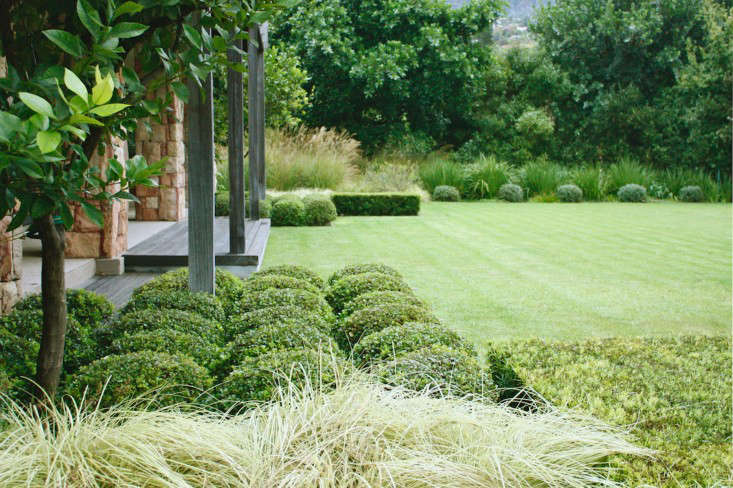 Above: Clipped boxwoods give way to free form grasses. Photograph by Heidi Bertish.

For another of our favorite gardens in South Africa, see Garden Visit: Beautiful Bones at Cape Town’s Vergelegen Winery.

Table of Contents: Style on a Budget

by Michelle Slatalla
May 29, 2020
Read all recent posts