When Melissa Richardson closed her London model agency seven years ago it was her childhood passion for flowers that inspired her to launch a second career—working with the sort of naturalistic flowers that she had collected when she was growing up surrounded by a fabulous walled Edwardian garden in Sussex. The best flowers, she decided with a friend, were those you picked yourself and put into a simple jam jar. JamJar Flowers has swiftly developed from a kitchen table business to a seriously-in-demand London florist with clients ranging from Instagram and Google to Mulberry and the Chiltern Firehouse. We take a peek inside this atmospheric Victorian studio. 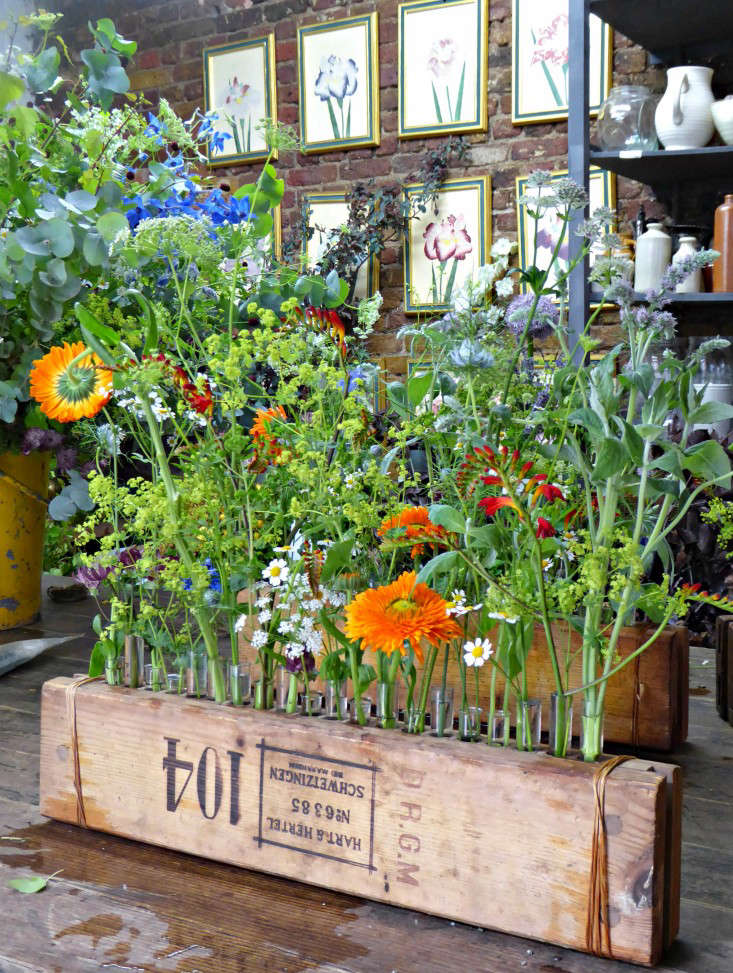 Above: Naturalistic arrangements which combine wild flowers with more cultivated stems have always been key to Richardson’s aesthetic. 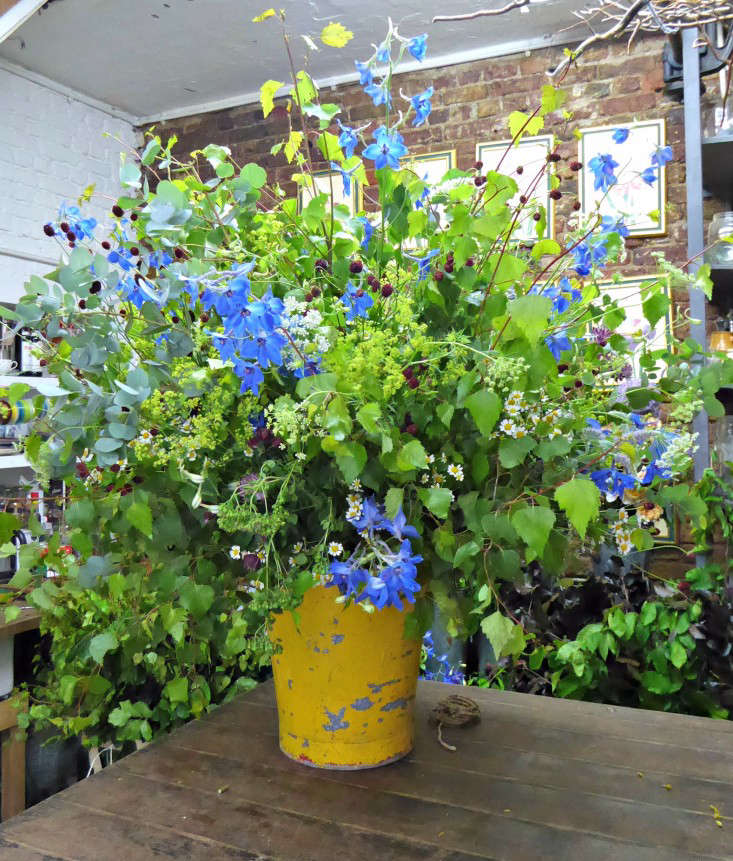 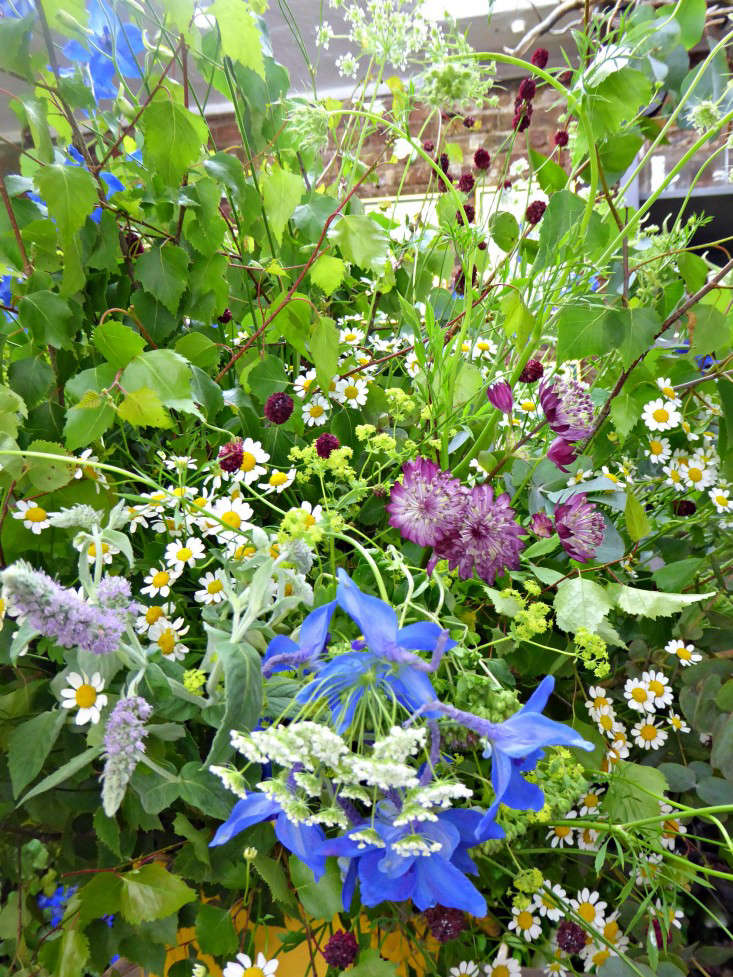 Above: A detail shot of the arrangement. 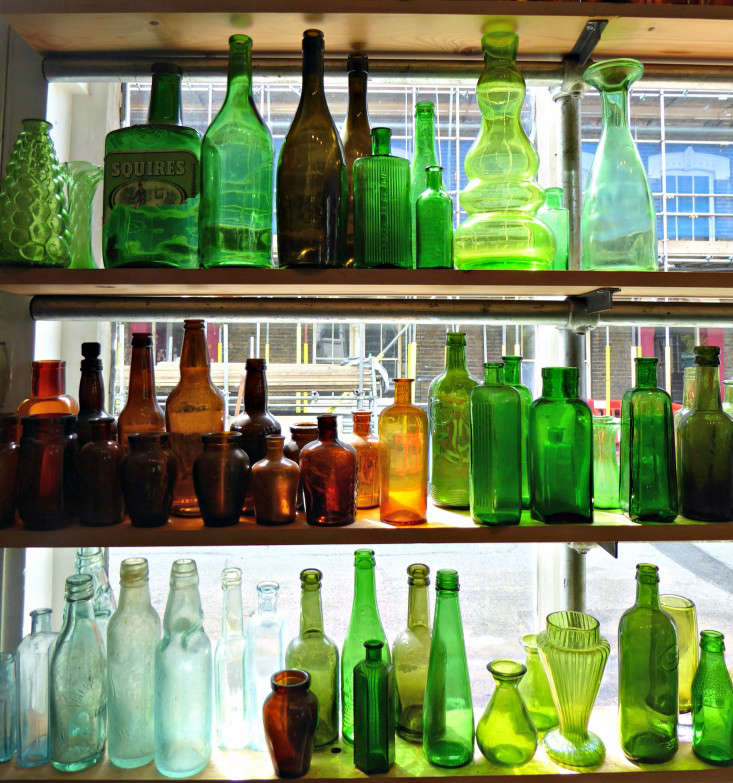 Above: When Melissa opened the studio, she commissioned a local forge in Wandsworth, south London to make the scaffolding-plank shelves that fill the entire front windows. The colorful display of jars, bottles, and containers diffuses light into the studio and gives some privacy but also makes for a stunning shop front. 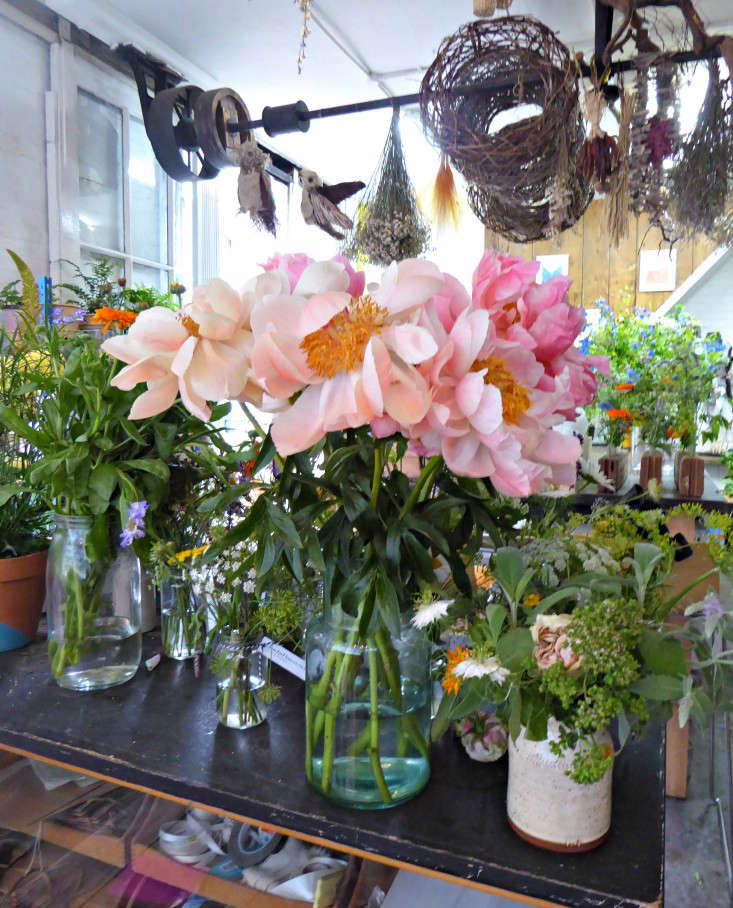 Above: Melissa’s business partner found the studio space, in a cobbled Kennington yard, on Gumtree. Original features such as the iron wheels and pulleys that were used to send power through the Victorian workshops now make convenient hanging places for hazel wreaths, dried flowers, and props. 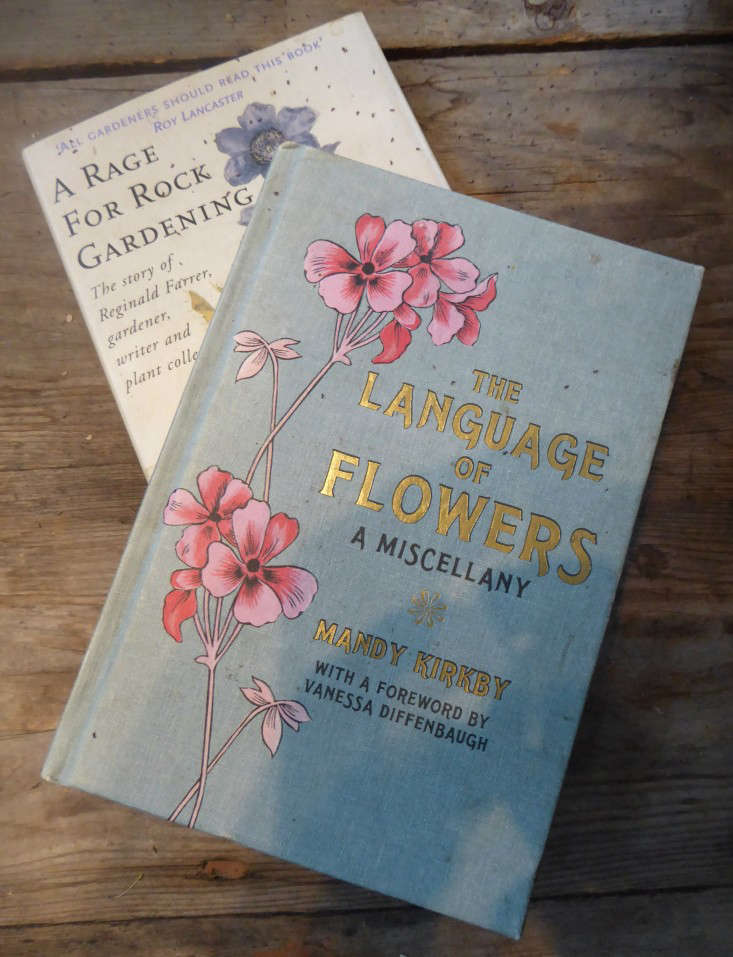 Above: The space is filled with antiques and market finds and Melissa is a life-long hunter of interesting pieces, visiting well-known antiques markets at Kempton Park and Ardingly and picking up new vessels on her travels. Pictured: some of the vintage flower books that she has collected since childhood. 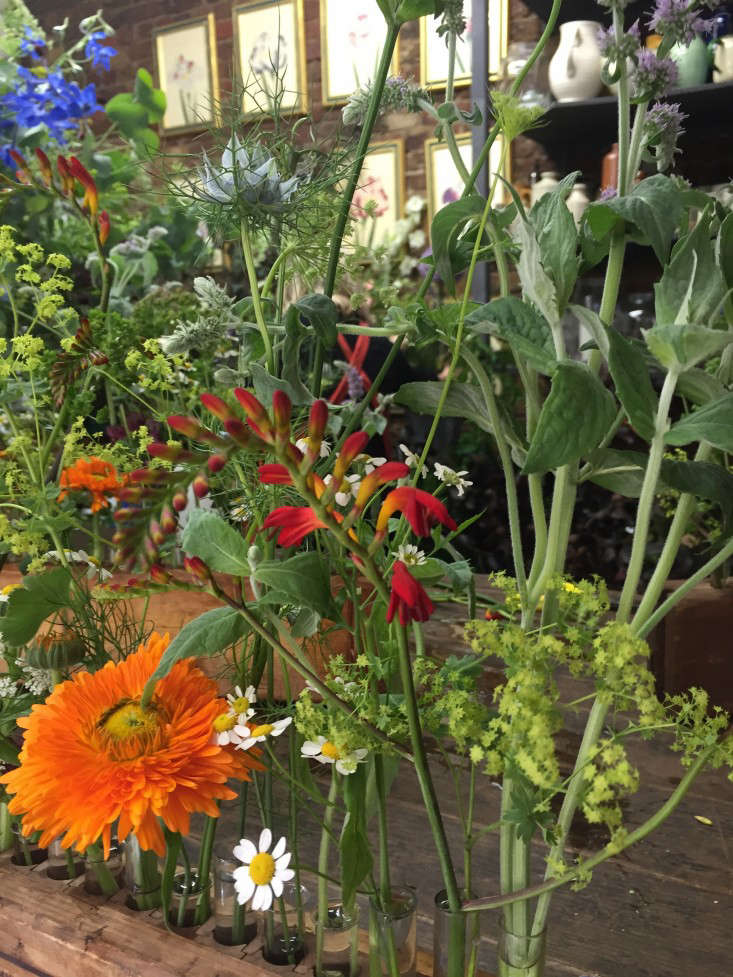 Above: Crocosmia ‘Lucifer’ is a deep red-orange accent in a single-stem display. 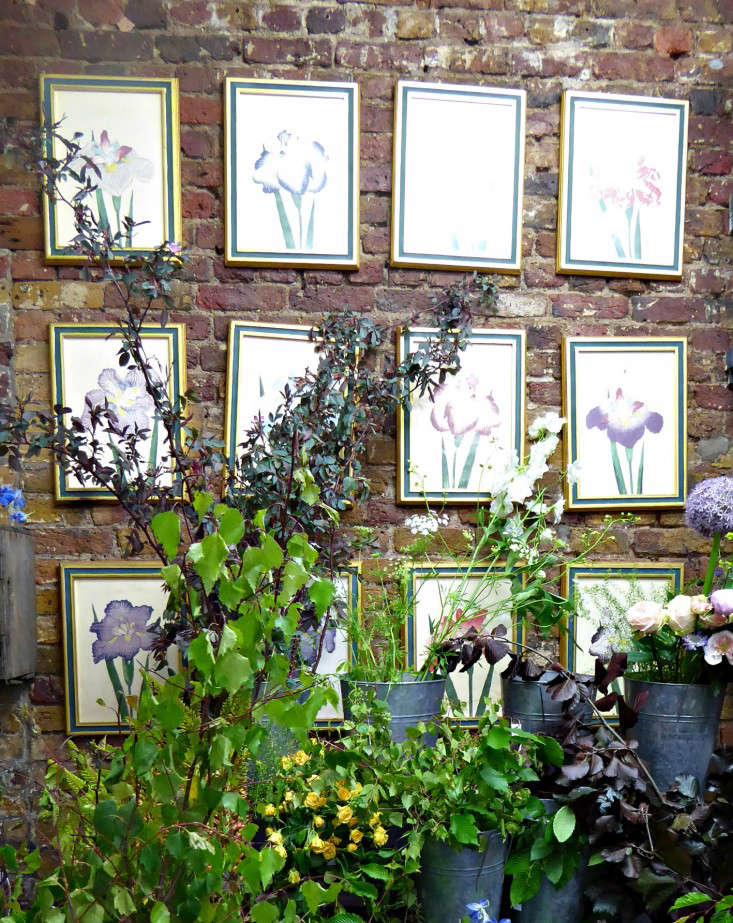 Above: Her father who transformed three walled gardens at their family home in Sussex has been a big influence on Melissa’s career. On the wall of her studio is a collection of Japanese woodblock prints, a gift from her father, that were originally used as a marketing tool by Japanese flower growers.

Increasingly the company is taking on more and more elaborate installations at stores and restaurants in London and beyond. The most recent was at Sketch, where 6,000 stems were suspended from the ceiling across 50 square meters. Melissa’s son, Finn, joined the company four years ago and, she says, along with an in-house producer is a big help when it comes to the intricate logistics of large-scale projects. 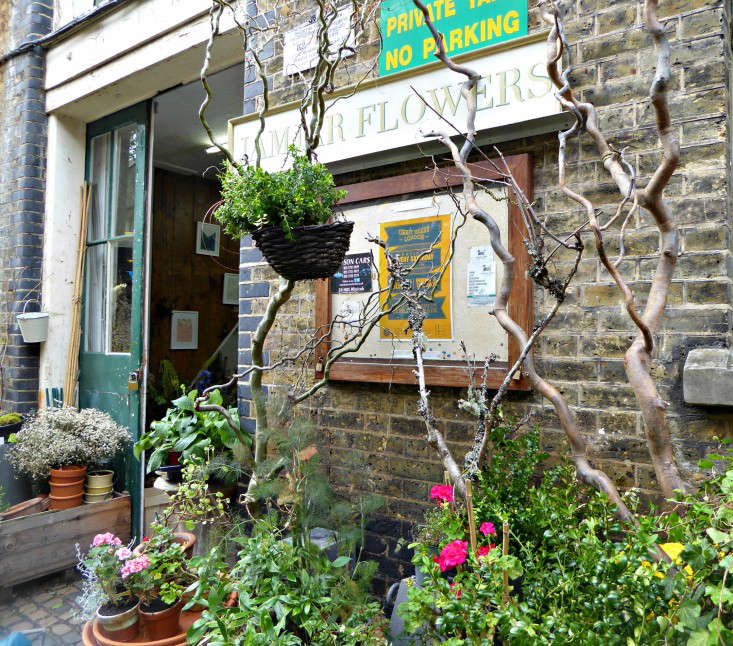 Above: Collaboration is key, with myriad skills needed for different commissions. From specialist florists such as Anita Everard to prop maker Leila Watts and a team of freelancers, Melissa calls in a skilled bunch of makers and creative when taking on major work. 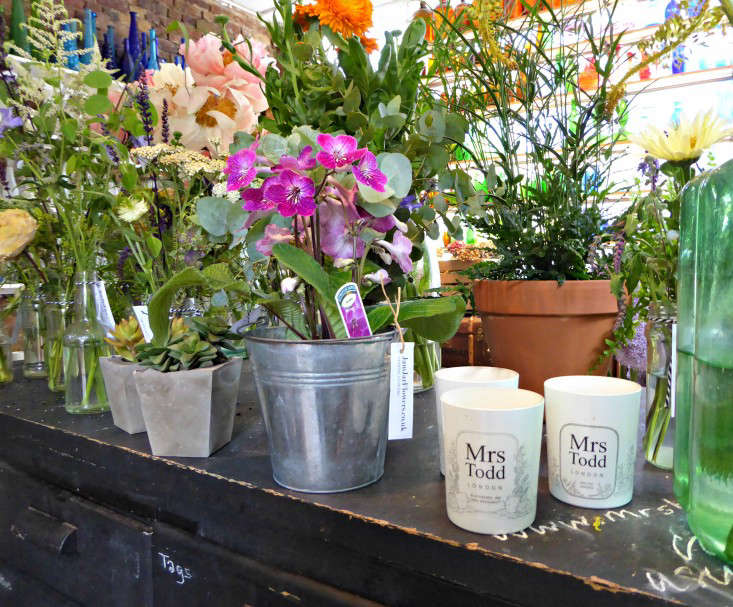 Above: She has recently acquired another unit a few doors away to create more space and to host the very successful flower school that Jamjar runs too, which says Melissa, are informal and fun but packed with information from learning how to wire flowers or create button holes to making flower crowns and arrangements.

For more of our favorite London florists, see Shopper’s Diary: Grace & Thorn in Hackney and The New It Girls: 7 Must-Shop Florists in London.

Pool of the Week: A Modern Masterpiece on the California Coast