A few months ago, I rented a house with a group of friends in The Sea Ranch, the Northern California coastline community that pioneered a distinctly rugged version of modernism in the 1960s. (For a primer on the planned community, see Channeling the Spirit of Sea Ranch, Anniversary Edition on Remodelista.) When members of our group wanted to hit the gym on Day One, I felt confident that my exercise would be the walk there and back; for me, “gym” and “vacation” don’t mix. Oh, how stupid I was.

Upon spotting said “gym,” my jaw dropped–and I proceeded to spend most of the next three days poolside, at the most beautiful recreation center I’d ever seen. 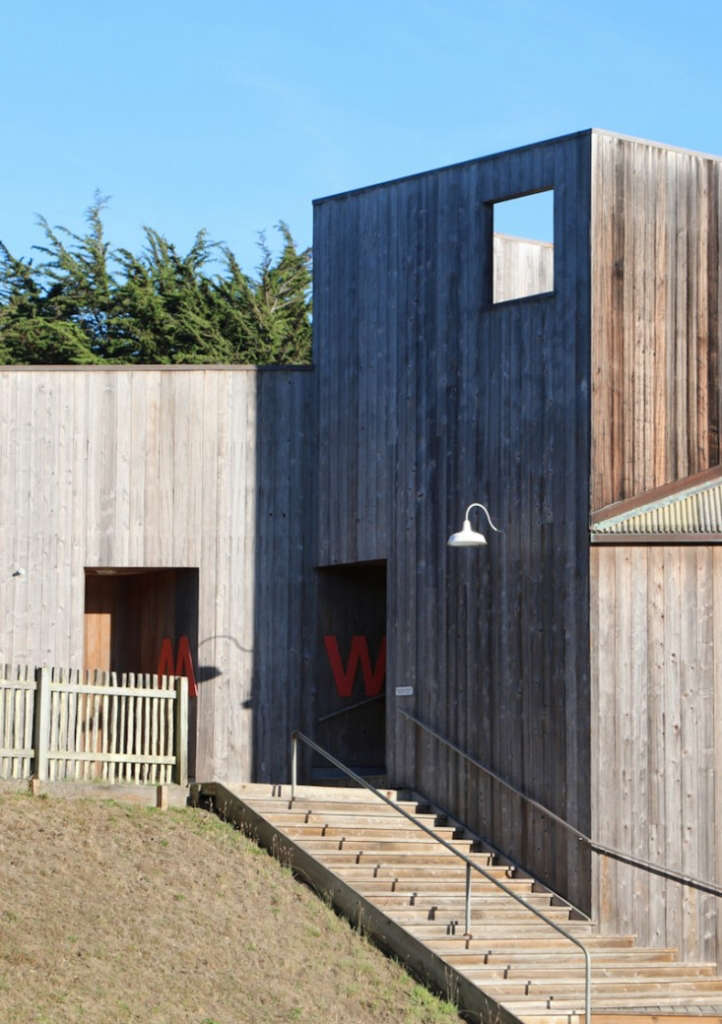 Above: The Ohlson Recreation Center is one of three activity centers in The Sea Ranch. It is not a gym–the entrance shown here leads to tennis courts, a swimming pool, and locker rooms. It is not open to the public, but it is open to Sea Ranch guests, for a fee. 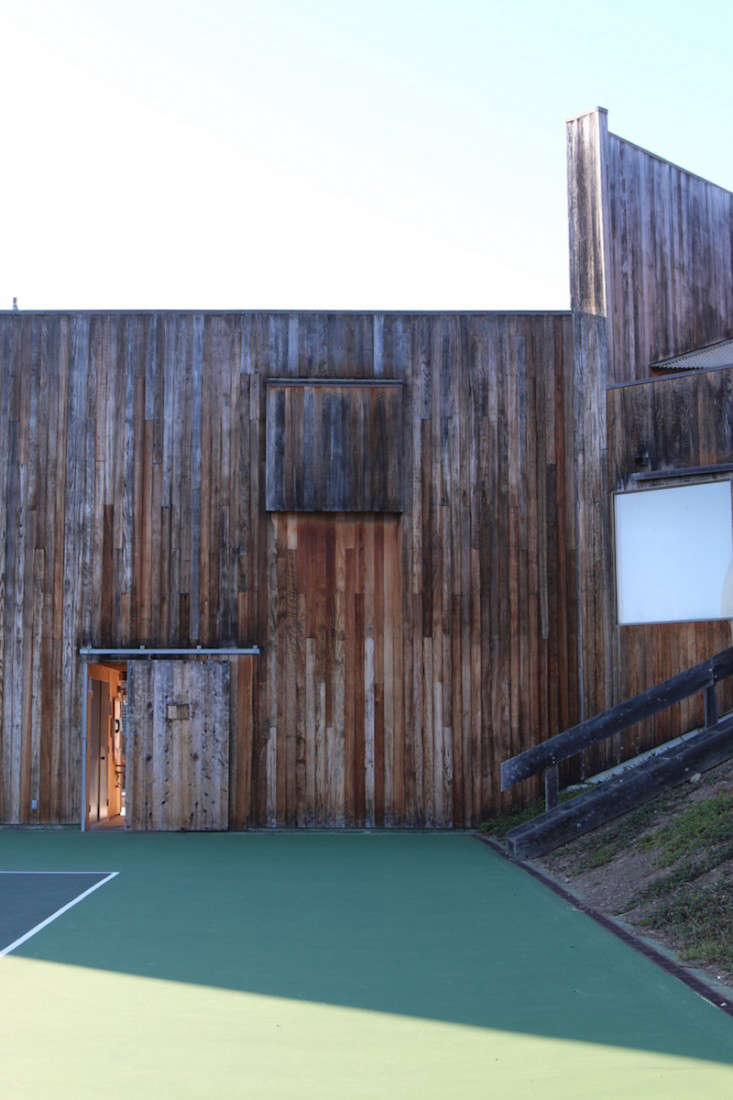 Above: The center was designed by Berkeley architecture firm Moore Lyndon Turnbull Whitaker and completed in 1971. Like all buildings in The Sea Ranch, the recreation center was intended to integrate into the landscape rather than sit in imposition on top of it. Here, the tall, redwood-paneled center shelters the tennis courts from ocean winds. 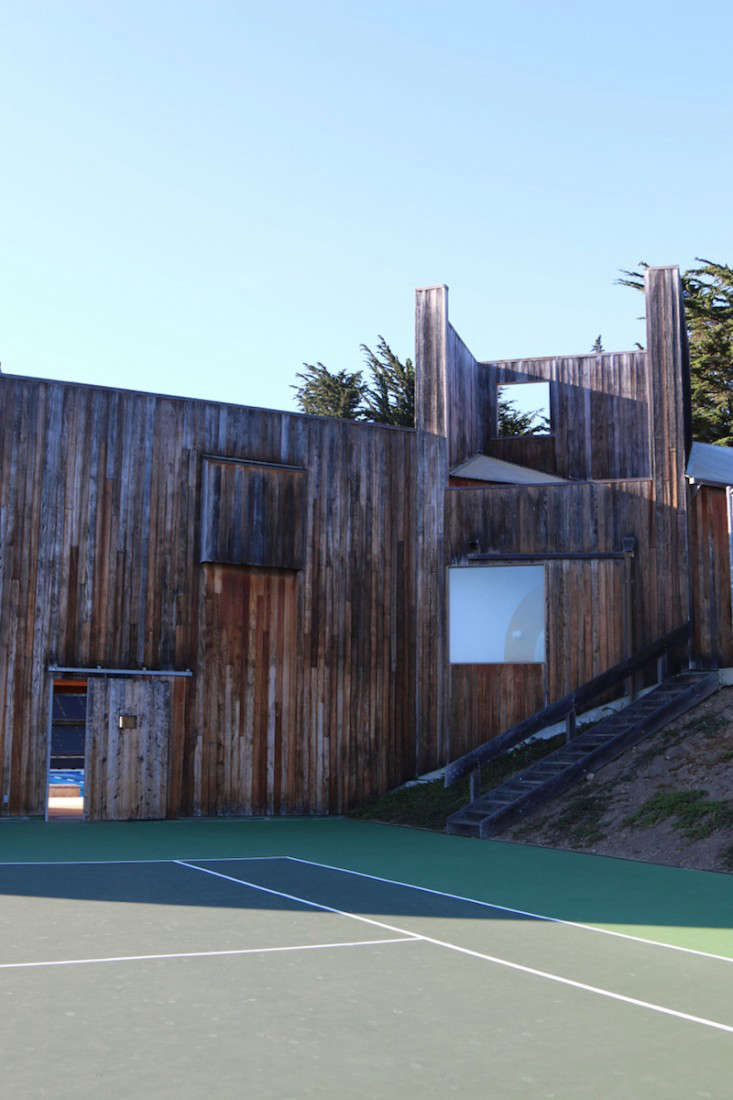 Above: Stairs lead from the single lower tennis court to two upper courts. 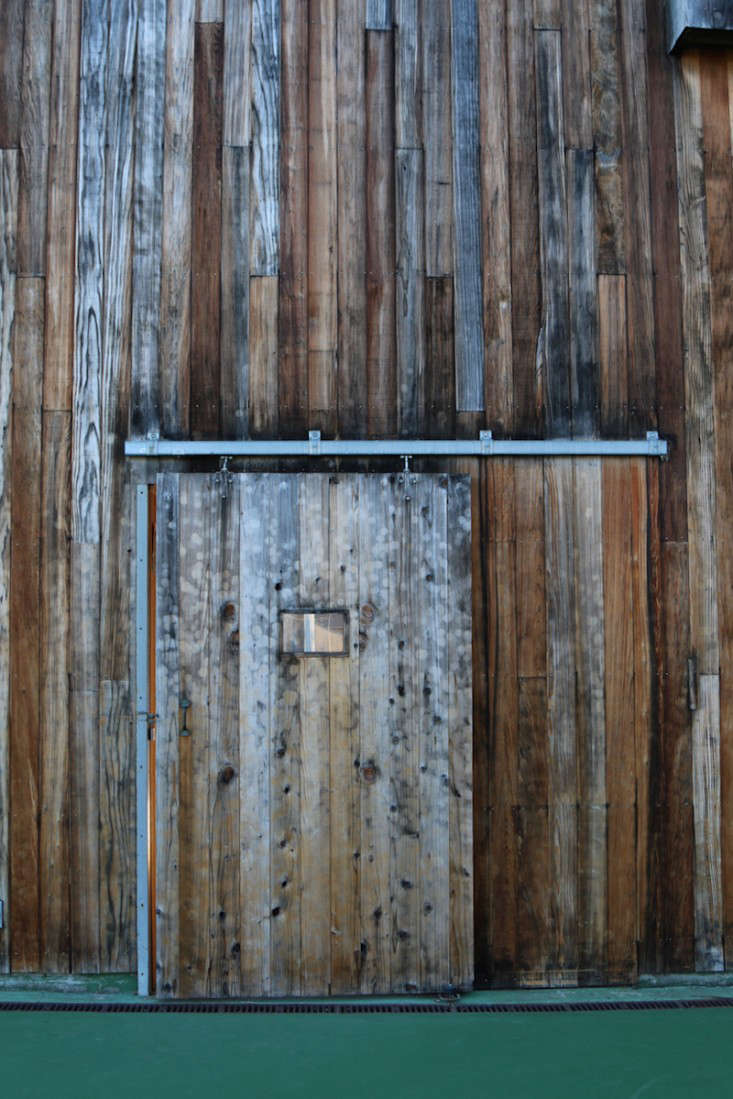 Above: Sliding barn doors divide the pool and tennis courts. 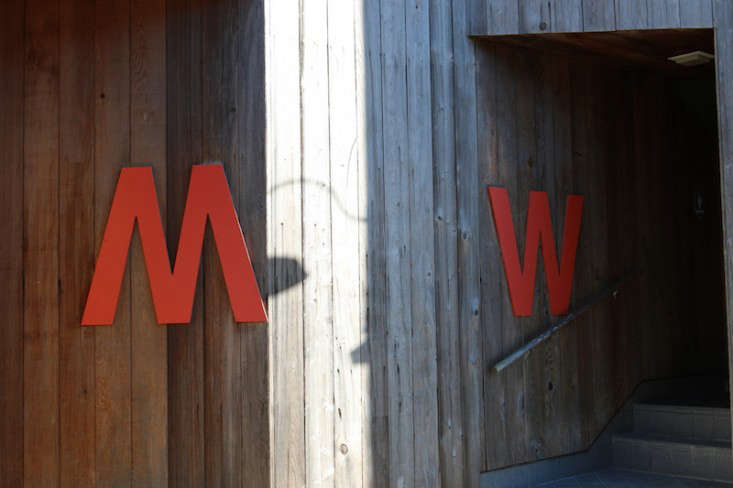 Above: Large orange-red letters designate the men’s and women’s locker rooms, and hint at the surprise inside. (Both locker rooms are flooded with color.) 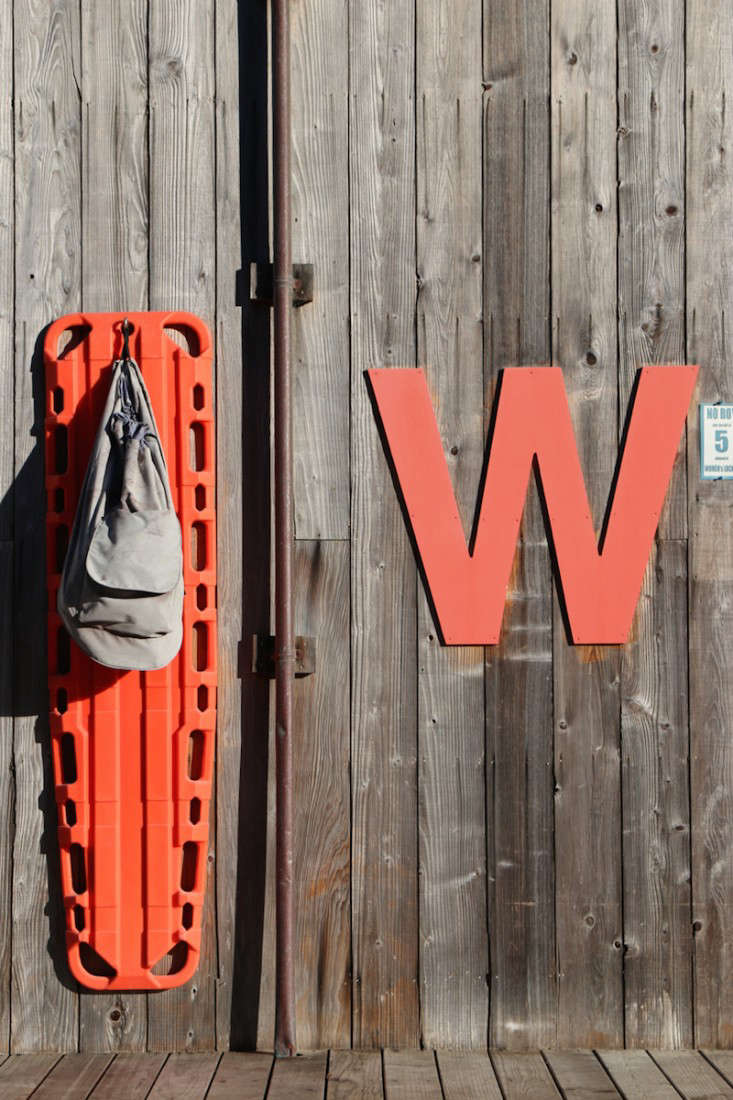 Above: The red letters and a neighboring spine board are the only sources of color on the building’s exterior. 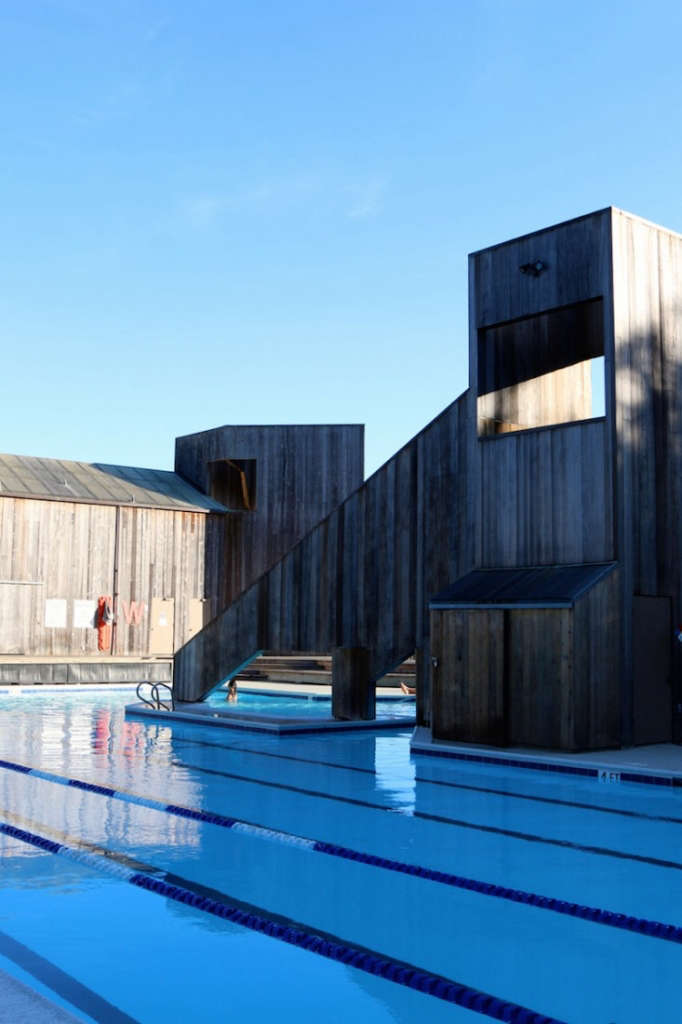 Above: A tower rises from the center of the pool, separating the lap swim area from the children’s wading area. The tower originally supported a water slide, but the slide and access stairs were removed. 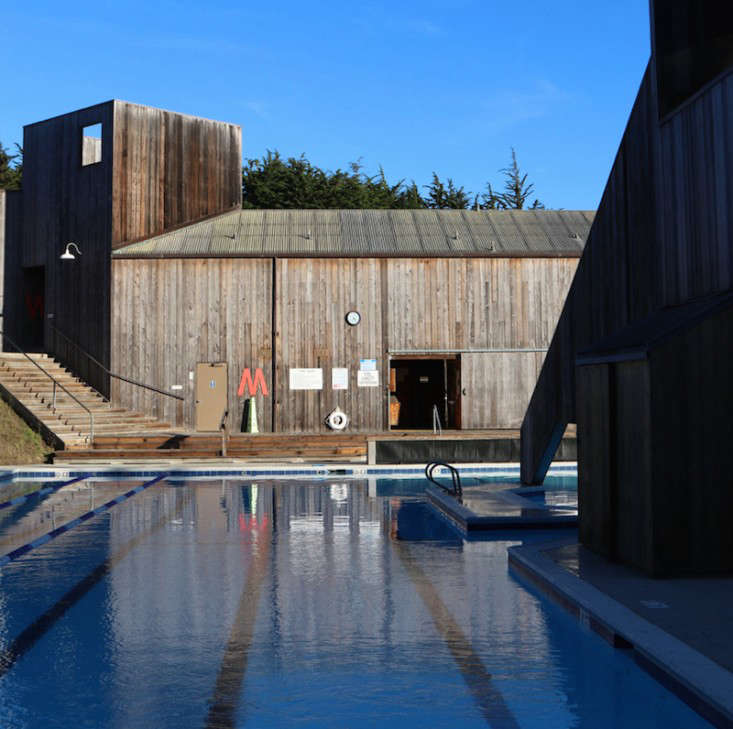 Above: The main recreation center building approximates the shape of a very narrow barn. 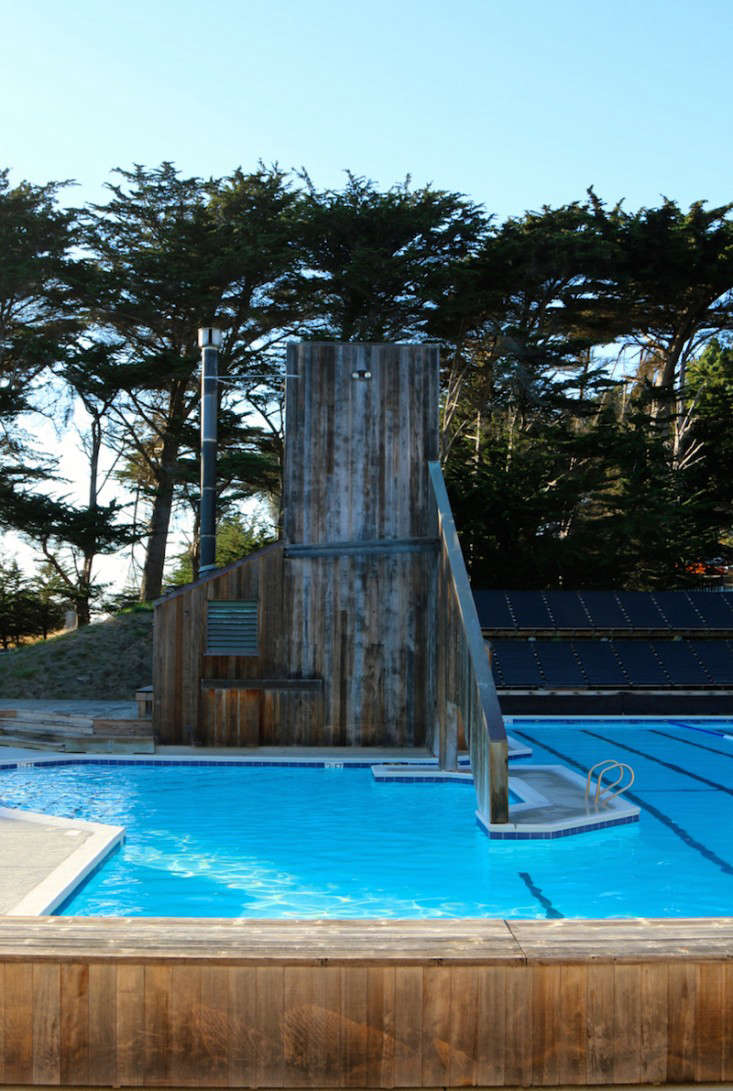 Above: Architect William Turnbull called the main recreation center building a “wind dam,” which parallels a longstanding (and wind-breaking) cypress grove to the north of the plot. 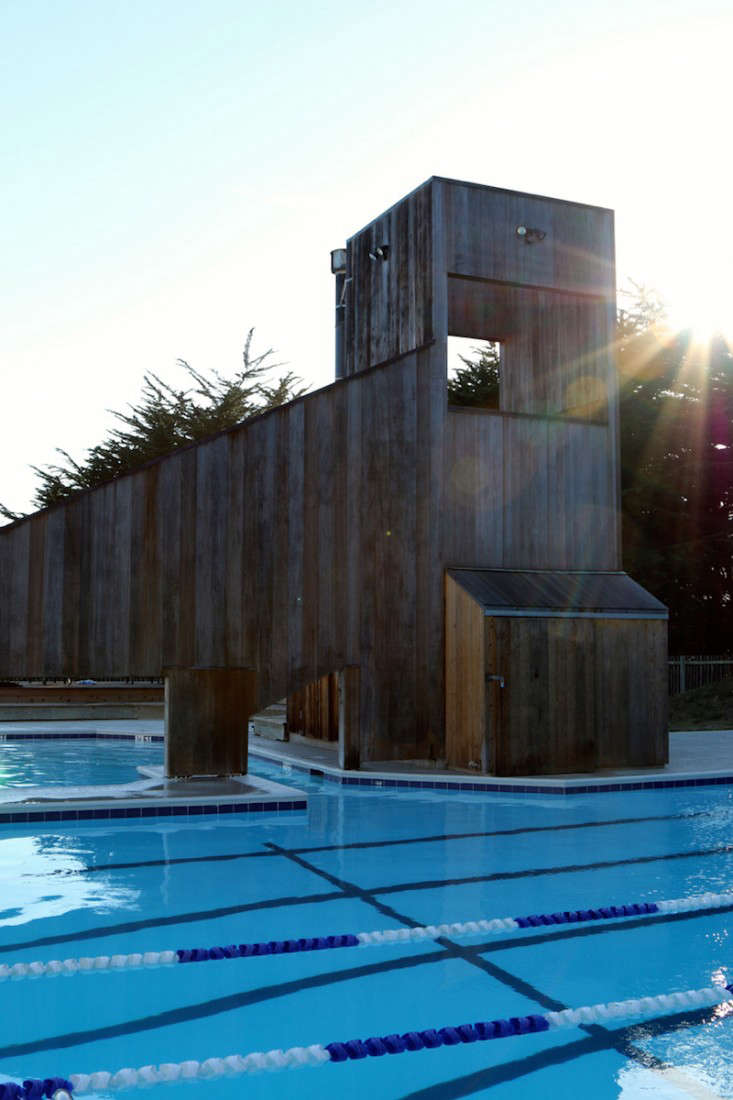 Above: Despite the architects’ wind-breaking efforts, the Ohlson center has a reputation for being the windiest of the three activity centers at The Sea Ranch. Its pool is the only one with a seasonal closure, from November through April. 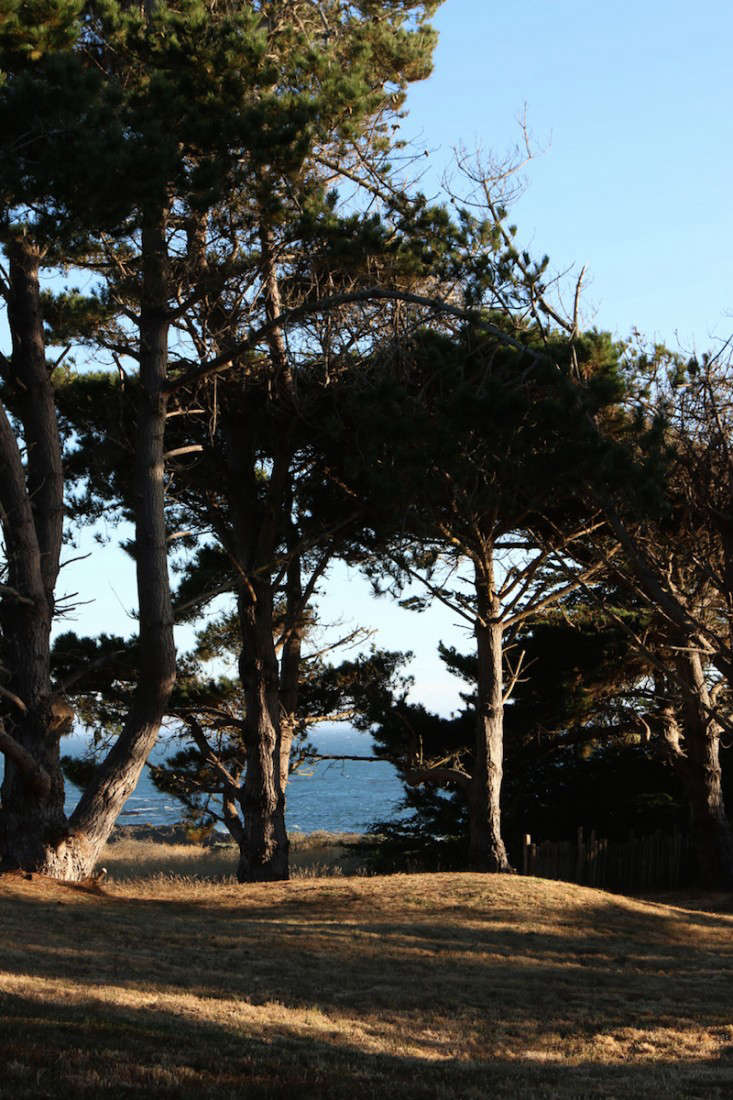 Above: The ocean view through the trees on the short walk home from the recreation center.

Above: A turn from the trees toward the house reveals magical summer twilight. 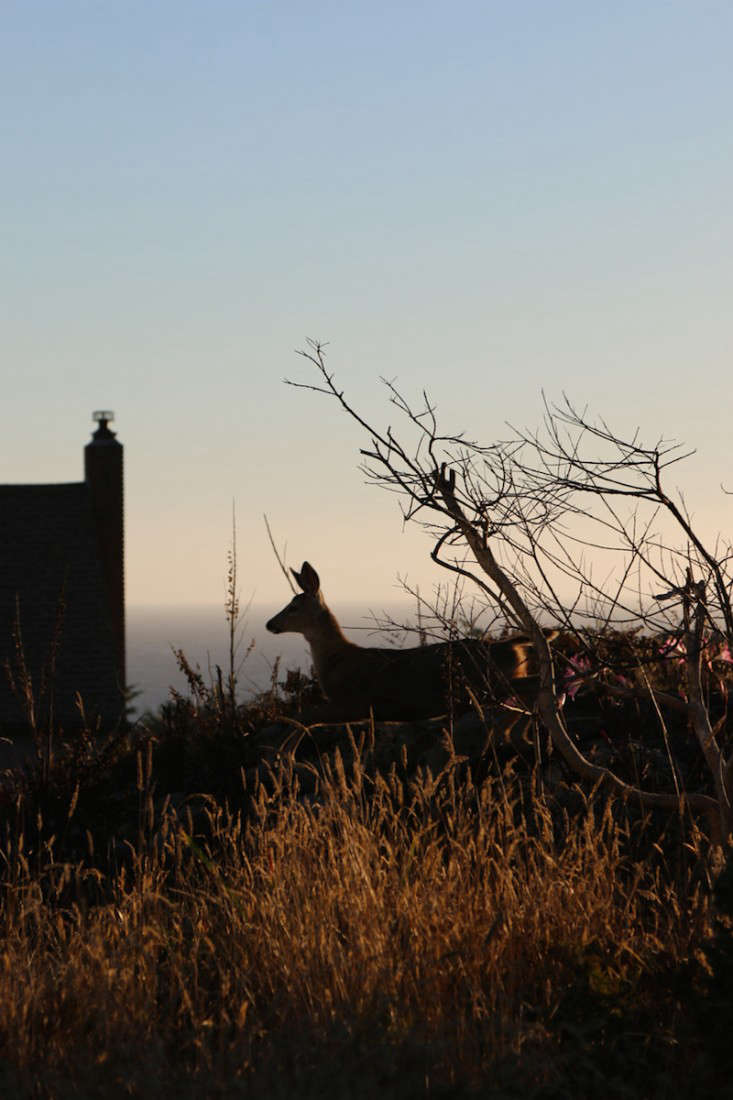 Above: Almost dark, almost home, I accidentally prompted a deer to go and get some exercise.

Poppies in Paradise: A Garden Visit in Healdsburg, California

Ask the Expert: An Insider’s Guide to Swimming Pool Design from Scott Lewis