About two hours southwest of Oslo, a striking pine pavilion rises beside the recently regenerated Skien River. The building’s name, Gjennomsikten, means “see-through” because it almost looks transparent from some angles. The designers are part of a small group of young artists and architects called Kollaboratoriet.

Photography by Feileacán McCormick except where noted. 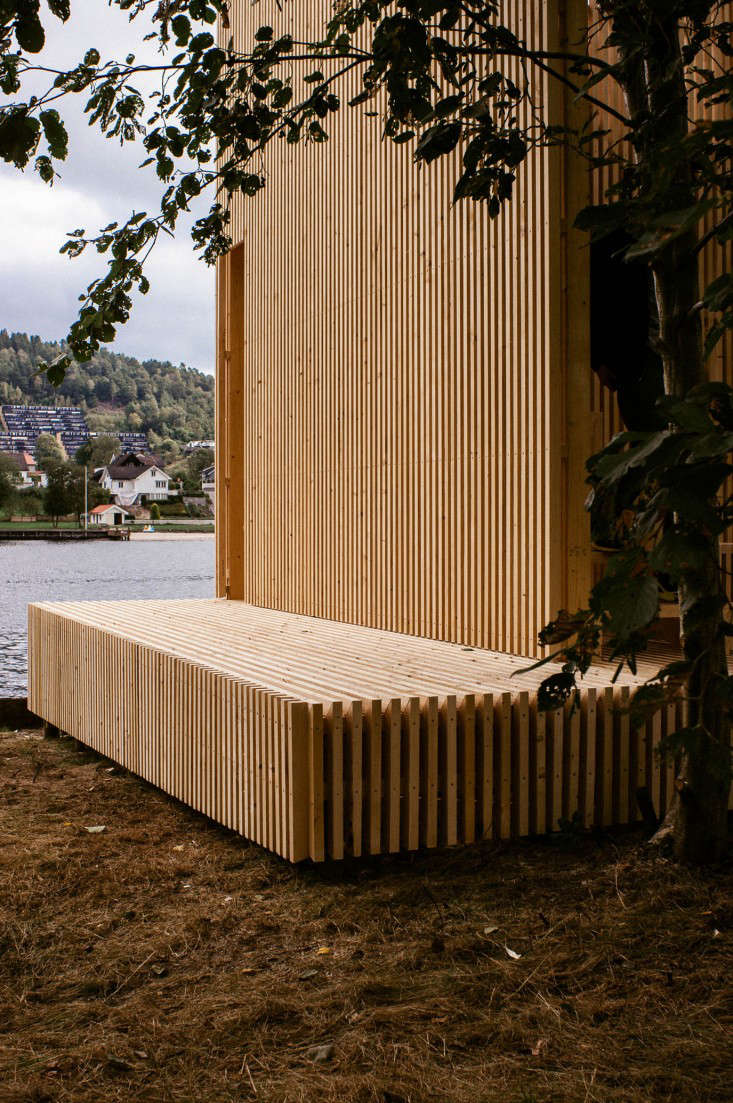 Above: Kollaboratoriet was formed in 2013, but its members already have put their ingenuity to use with this structure, planned to coincide with the 2014 celebration of the Norwegian Constitution’s bicentenary. It’s meant to be used as a public space for meetings, theater performances, and just hanging out. 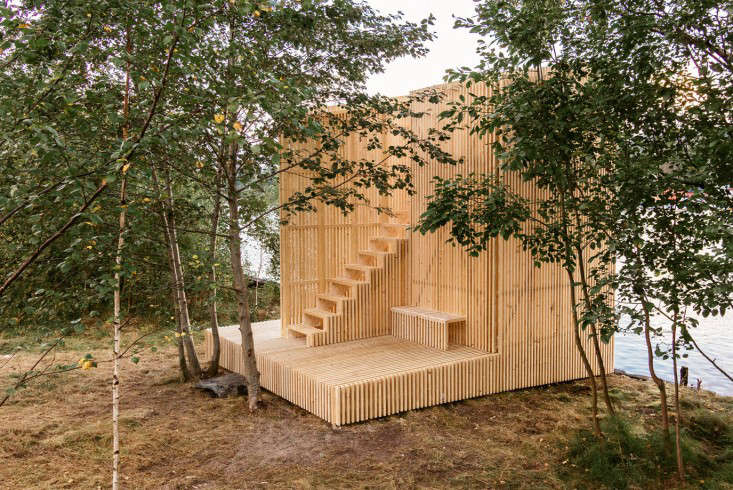 Above: When viewed from some directions, the building appears to be a fairly solid mass. But its slotted construction allows for panoramic views up and down the river. 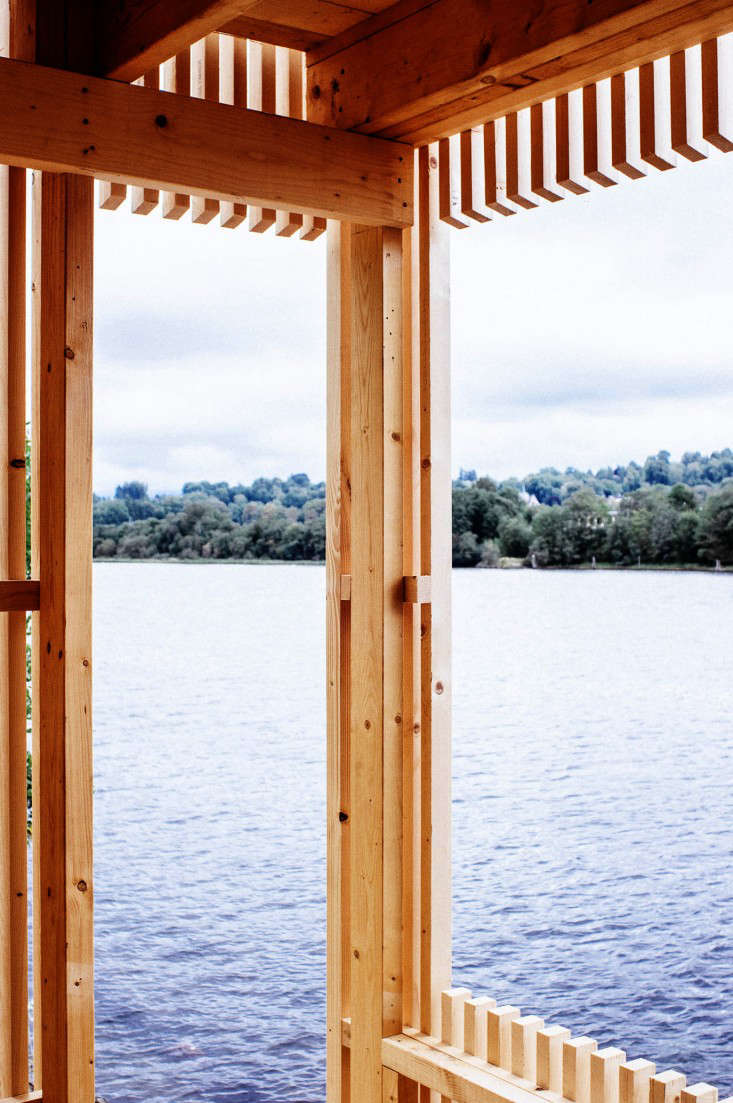 Above: The three Kollaboratoriet members who built the pavilion were inspired by a former industrial wasteland along the Skien River. For many years, the site held a factory used for weatherproofing wood. The factory is gone; in its place is this untreated-wood pavilion in a wilder landscape. 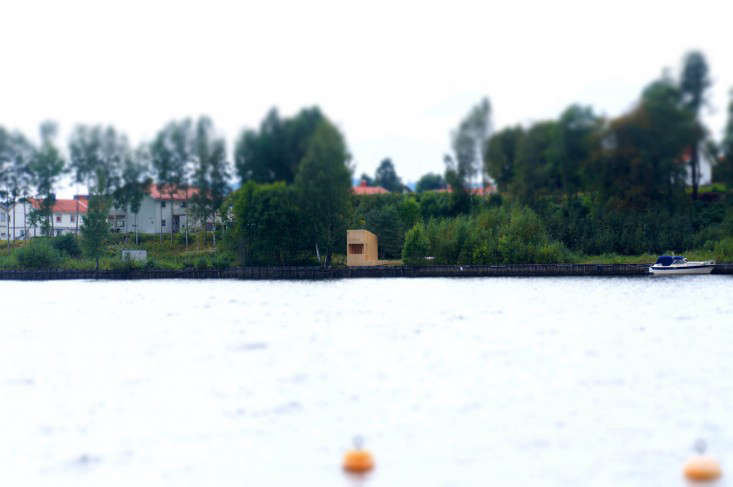 Above: The pavilion, slightly taller than 16 feet, has a viewing platform upstairs. Photograph by Anna Andrea Vic Aniksdal. 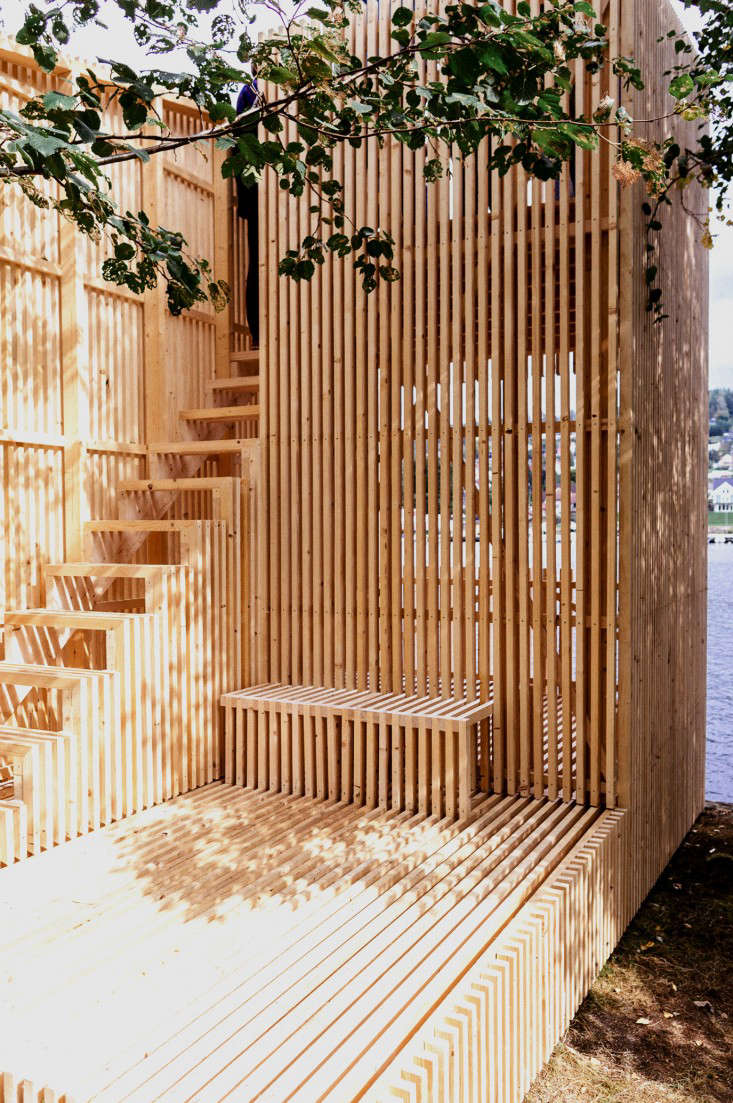 Above: Though the year-old building is neither fenced in or locked, locals respect it. In creating this project, Kollaboratoriet aimed to inspire quality civic design in an area that’s rapidly being developed. 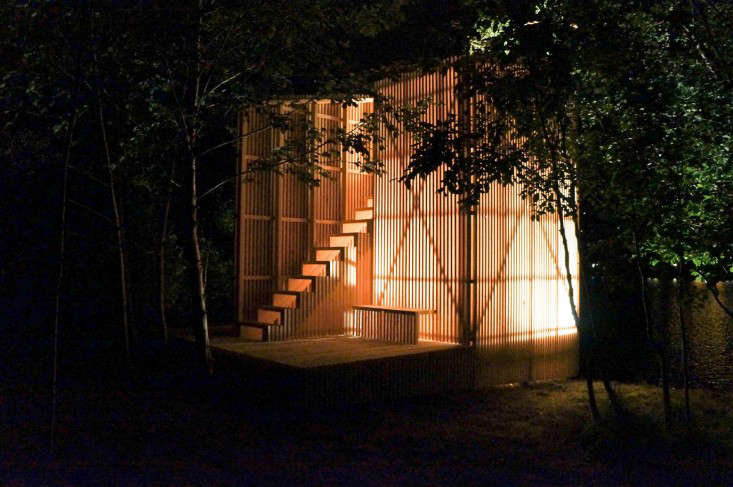 Above: The pavilion is used mainly in summer, when runners and walkers populate the river path. Photograph by Anna Andrea Vic Aniksdal. 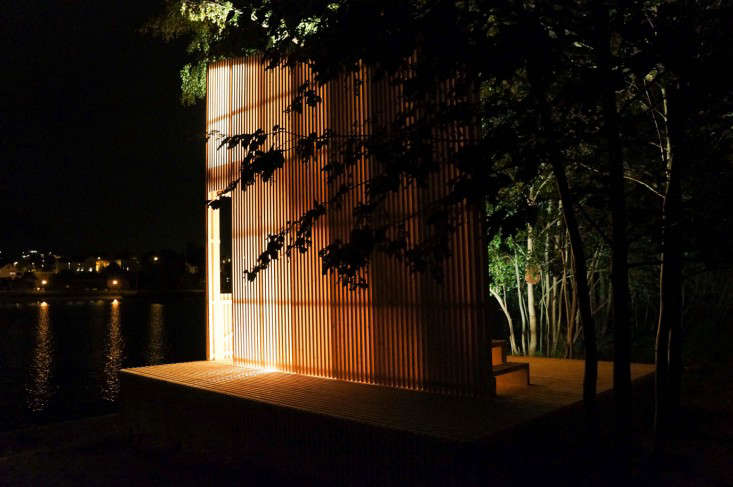 Above: What happens during the dark Scandinavian winters? Kollaboratoriet member Anna Andrea Vik Aniksdal explains: “The pavilion is fixed with light and attracts visitors in this season as well.” Photograph by Anna Andrea Vic Aniksdal. 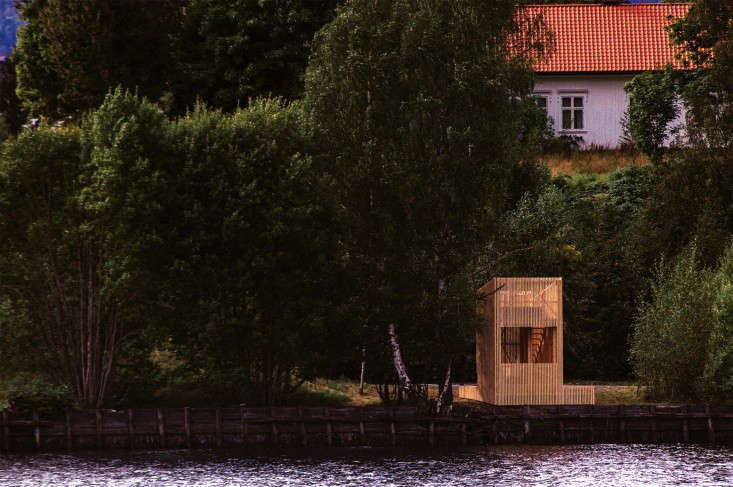 Above: Already a riverbank landmark, the pavilion has been used for this year’s bicentenary celebrations. “We built it as part of the transformation of the area,” says Anna. 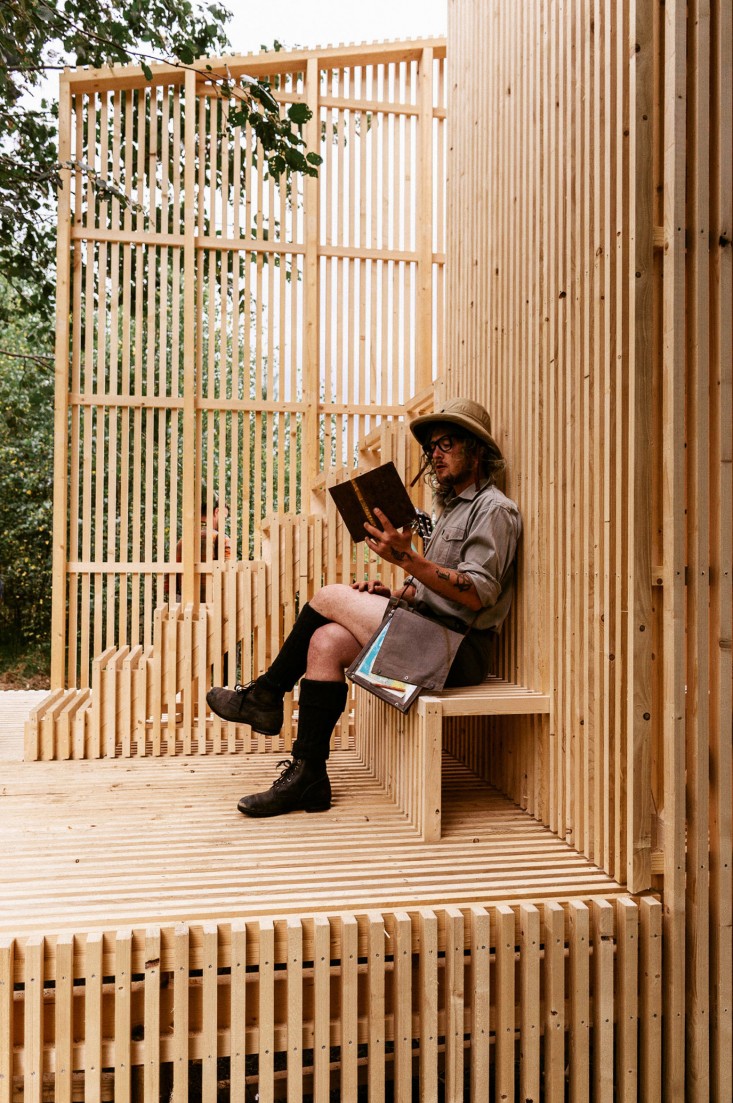 Above: An actor from PS1, an ambitious theater project involving hundreds of people in all fields of the arts. The performers have been traveling by foot and by boat along the river this year. “Gjennomsikten is more than a public pavilion,” says Anna. “It works just as well as a set design.”

For another Norwegian wooden room with a view, see Outbuilding of the Week: A Norwegian “Love Shack.”

Outbuilding of the Week: Tiny Cabins in a Norwegian Wood

Outbuilding of the Week: A See-Through Shed on a Picturesque Shoreline in Norway