In the foothills of Virginia’s Blue Ridge Mountains, the owner of a property with 22 acres of open grazing land had a strong conservation ethic. She asked Nelson Byrd Woltz Landscape Architects (NBW) to transform the land into a meadow where native species of plants could flourish.

Architect Thomas L. Woltz and his team came up with a master plan based on the company’s philosophy of respecting existing natural features of a site. The plan also called for using local materials, such as stone, and for hiring local artisans to lay it.

Photographs by Eric Piasecki/OTTO except where noted. 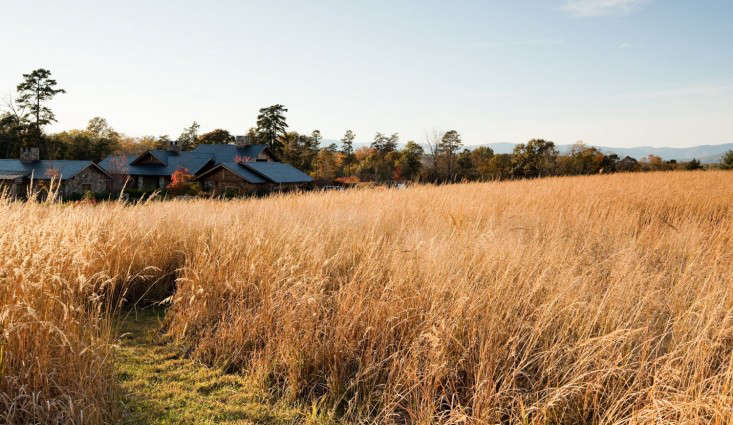 Above: NBW started with a master plan and found that instead of wanting her new house to be prominently displayed, the client was willing to build between the new meadow and a forest. On its site, the house is tucked into the landscape so unobtrusively that it is nearly invisible. 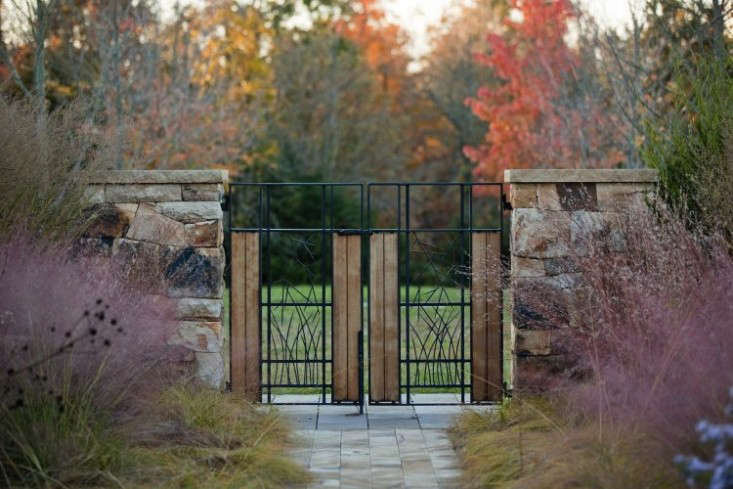 Above: The client specified using local building materials and favored hiring artisans from the area to do the stone and decorative metal work, including the design on this gate. 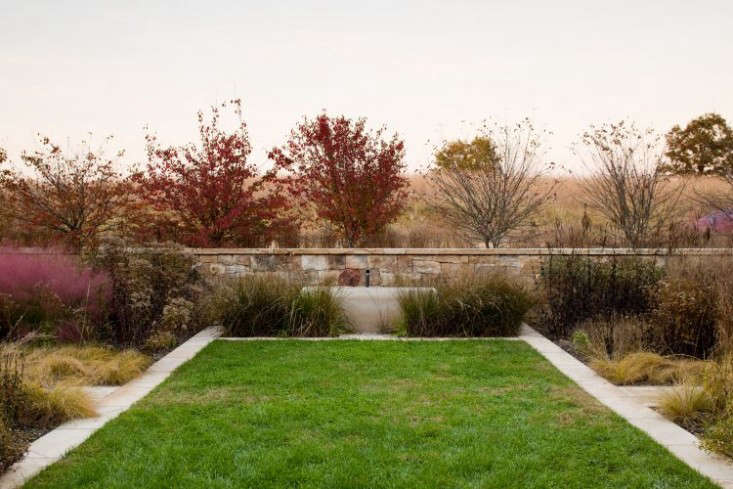 Above: For Woltz, one of the most successful features of the project is a series of outdoor garden areas that mirror the rooms on the inside of the house. 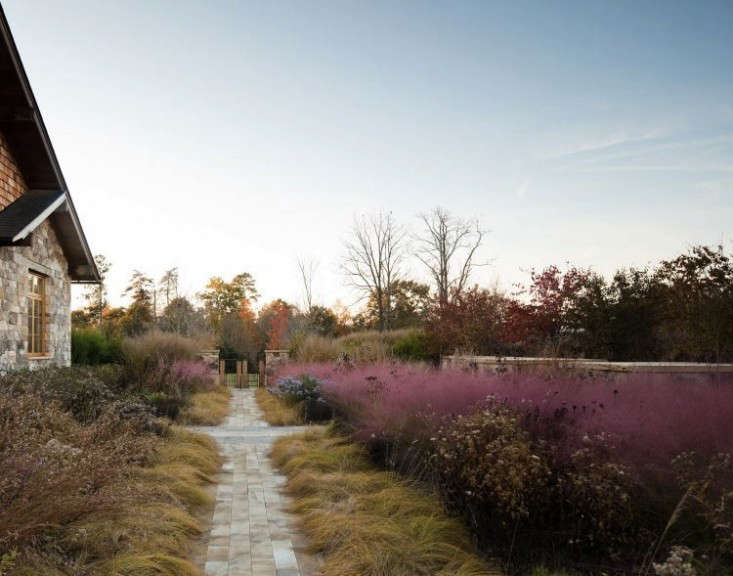 Above: In the perennial garden, seed heads on native plants remain all through winter as nourishment for birds and other wildlife. 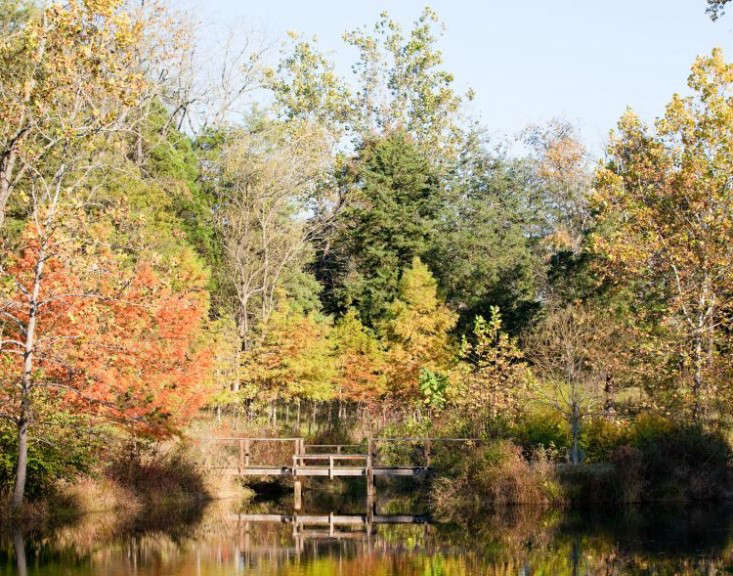 Above: The property’s existing pond was restored, dredged, deepened, and replanted to make a welcoming environment for aquatic plants and to create a habitat for wildlife such as salamanders, turtles, and frogs. 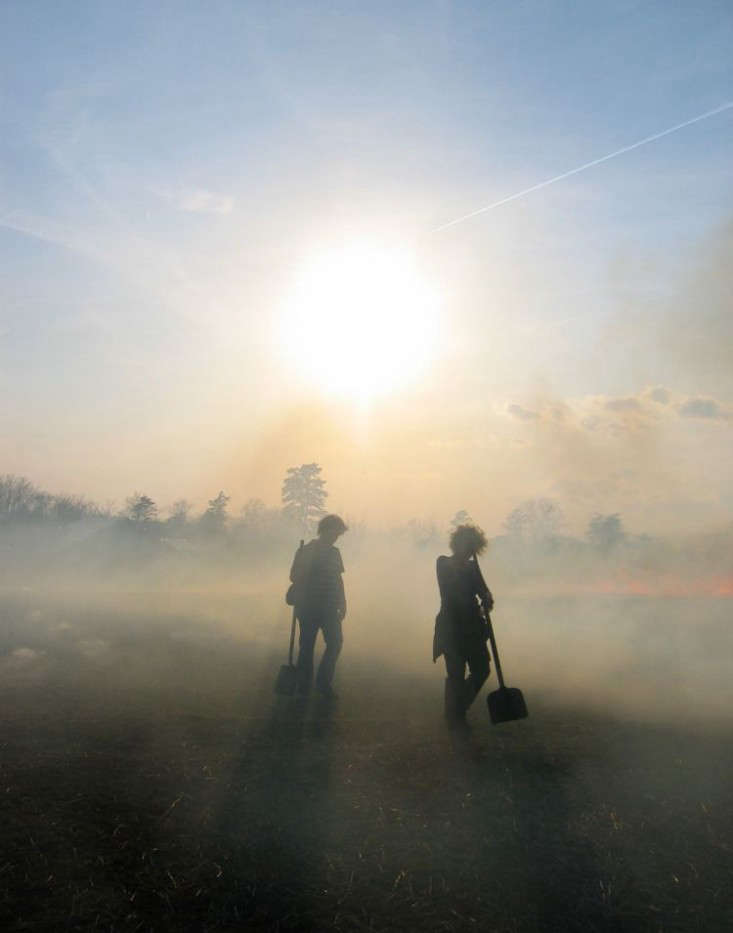 Above: The land surrounding the house and gardens has been transformed from open pasture covered with non-native fescue into a warm season grass meadow that is managed every two to three years with fire.  A professional outside burn crew comes in one day to handle the fire, which is set in 10-foot strips to burn into the prevailing wind. Photograph courtesy of Nelson Byrd Woltz.

Above: The meadow is planted exclusively with native plants including little blue stem, switchgrass, black-eyed Susan, clasping-leaved dogbane, and Virginia button weed. In the six years since the meadow was created, invasive plants have proved to be a problem. The architects consulted conservation biologists, who have advised a change in the timing of the burns in the hopes of eliminating at least some of the more persistent invaders. 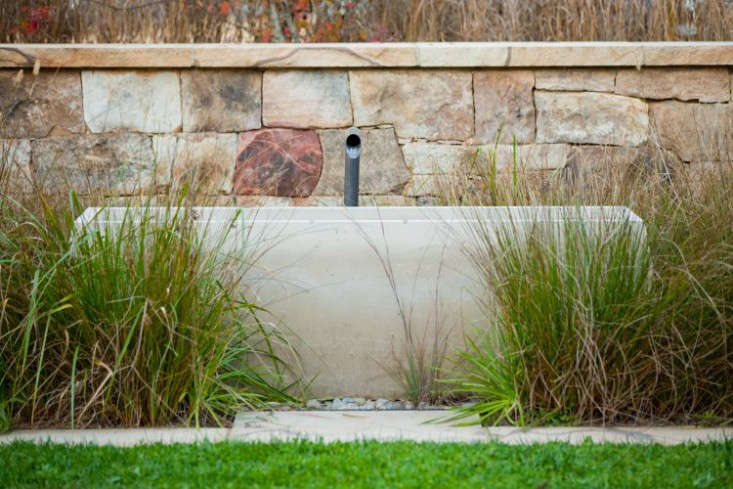 Above: Among the features NBW designed is a stone plunge tank for cooling off in the hot Virginia summers.  The firm also installed a bio-swale for storm water management. 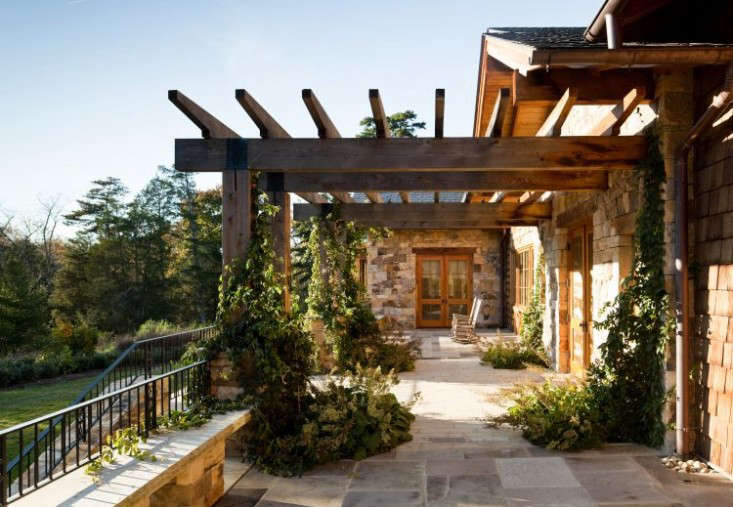 Above: NBW assisted the owner with hiring an architect who could share her vision for natural, local building materials and compatibility with the site. 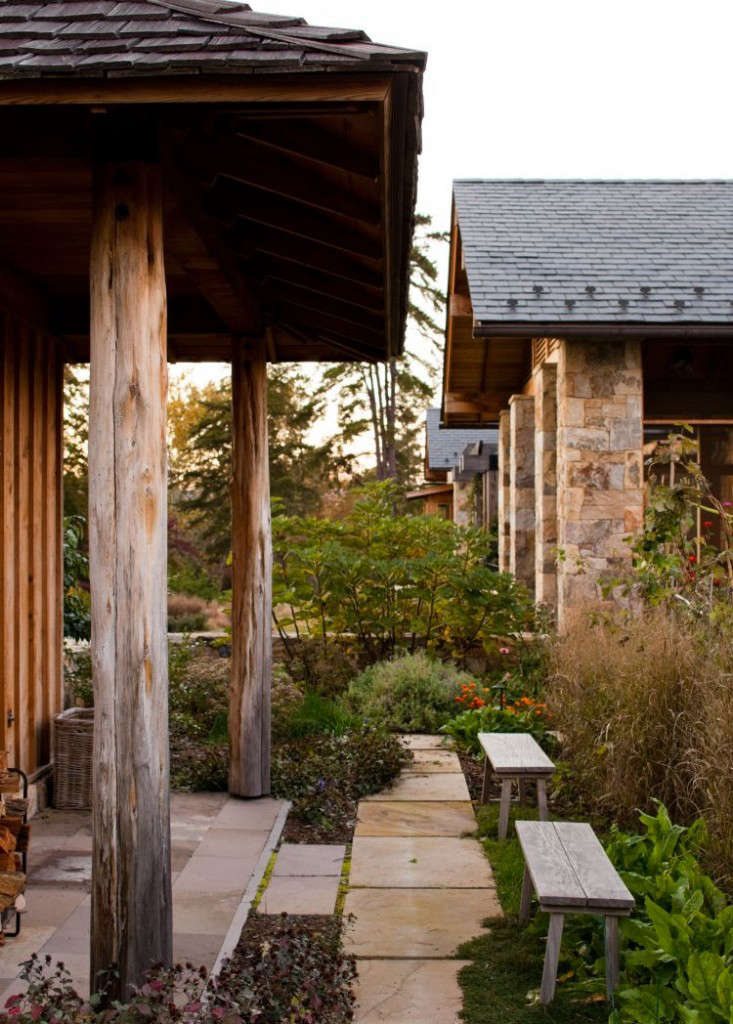 Above: The house and gardens are interconnected through porches, terraces, and framed views, creating a harmonious compound that blends into the landscape. 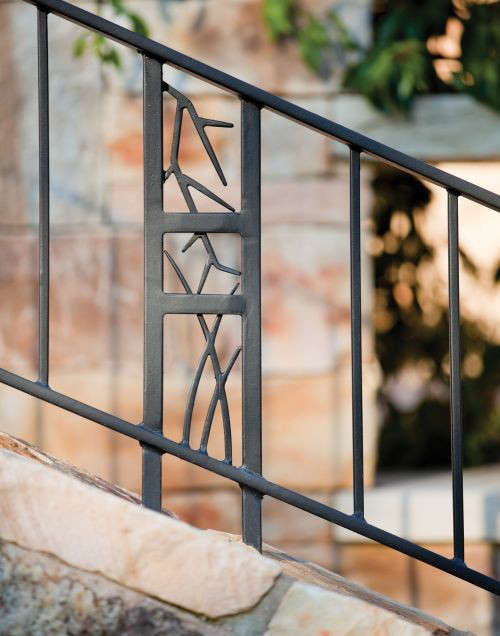 Above: Woltz says he is very pleased with how the project has matured. He attributes the success of the work to the relationship with the owner, stating, “It is one of our most extraordinary collaborations with a client.” In addition to this project in Virginia, NBW has also created meadows for homeowners in California, Connecticut, New York, North Carolina, Kentucky, and Pennsylvania.

For more on meadows, check out Remodelista’s Meadow in Minnesota and Gardenista’s Rooftop Meadow in Brooklyn.

Shopper's Diary: Spirit of the Bees with Caledonia's Raw-Honey Liquor

Dune Story: A Postmodern Masterpiece Saved from the Sea on Long Island