It all began on the Vermont-Quebec border, with a 12-year-old boy and his first hive. Decades later with Caledonia Spirits, Todd Hardie’s work is still tied to the land and to bees.

The culmination of Todd’s career as an apiarist in Vermont and the surrounding Northern region, Caledonia Spirits is an award-winning line of craft liquors made with raw honey. The production is small, with much of the work still done by hand at the small distillery in Hardwick, Vermont. But the goal is large. For Todd, producing excellent spirits is not only about advocating for the bees, it is also about helping to reviving the agricultural economy of the Northeast Kingdom.

Read on for ingredients and instructions my new favorite fall cocktail, the Mayflower: 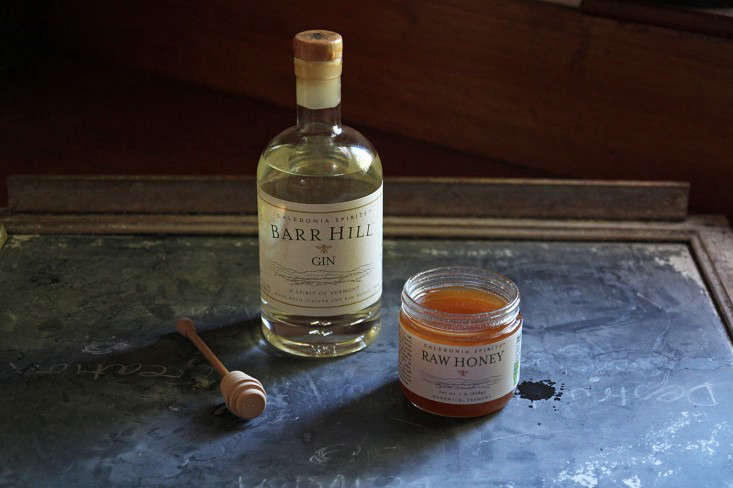 Above: A Double Gold Medal at the 2012 New York International Spirits Competition, Barr Hill Gin combines distinct juniper with a subtle honey flavor and floral notes of the region. Layered, complex, and smooth, it appeals to aficionados and amateurs alike. (In fact, I bet that the subtly honeyed liquor will make more than a few gin converts out of you.) 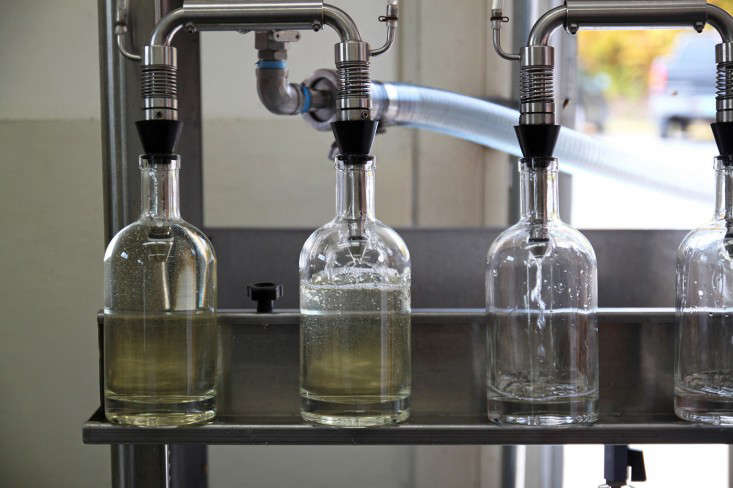 Above: To make Barr Hill Gin, local juniper berries are crushed by hand in house, then placed in trays which rest above a kettle of water and ethanol. Vapors travel through the layer of berries, then condense into liquid spirit form. Raw honey from small farms in nearby upstate New York is added, and the batch is filtered before bottling. 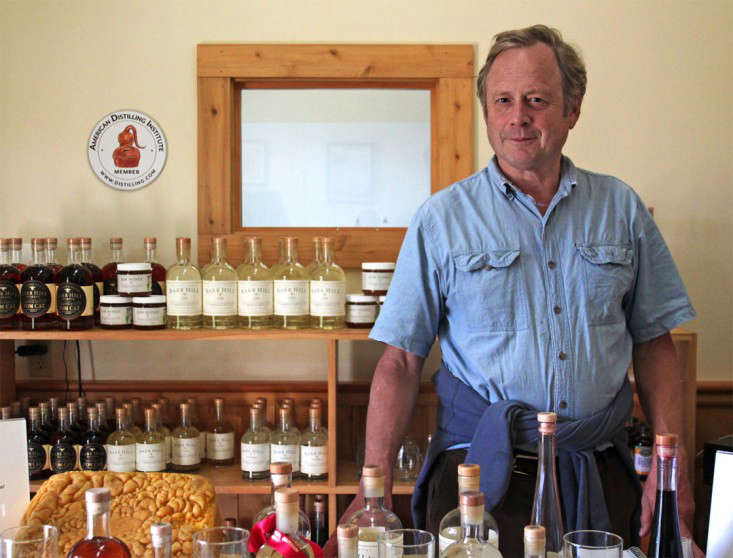 Above: Though Caledonia Spirits has been producing liquor since 2012, for Todd Hardie this company is part of a much longer family tradition that began with J & W Hardie, who began distilling whiskey back in Edinburgh more than 100 years ago. Fittingly, Caledonia–the region in the Northeast Kingdom from which the company derives its name–is the Latin word for Scotland. 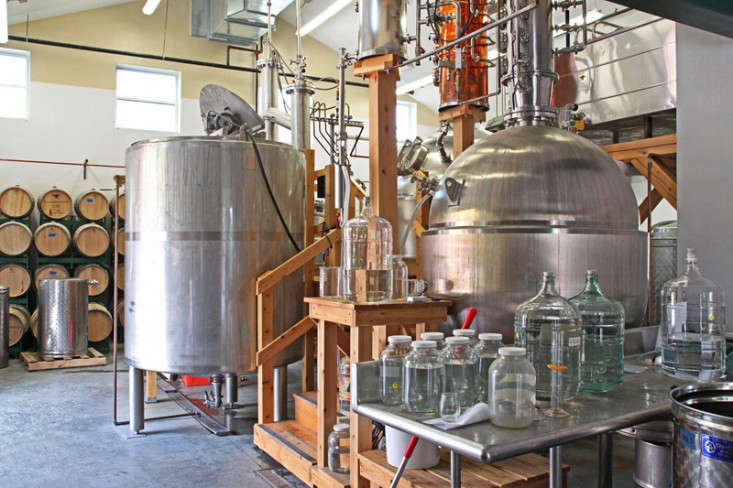 Above: Caledonia stills were custom built in the US from recycled steel. The round still is for the vodka. The one of the left is for the whiskey mash. In the foreground, jars hold the “head and tail cuts” of the vodka, the alcohol at the top and bottom of the still. These cuts are determined by the distillers, who taste each batch. Caledonia only uses the “hearts” in its vodka. 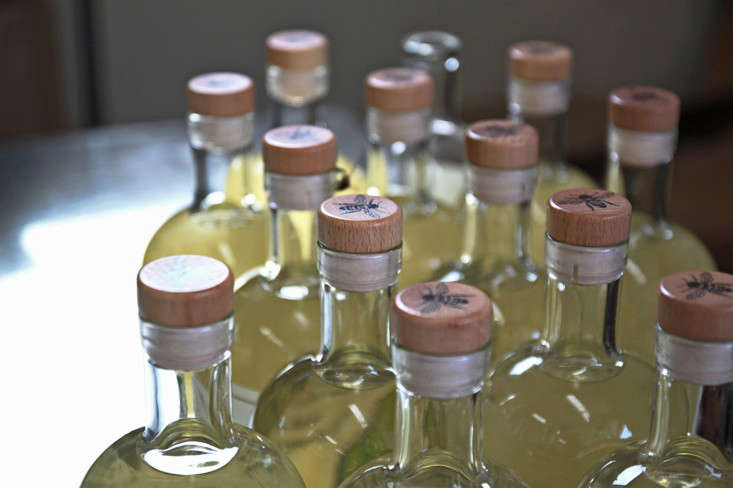 Above: In an homage to the insect which gives Caledonia Spirits their signature flavor, each bottle is topped with a bee-stamped wooden stopper and sealed with 100 percent beeswax. 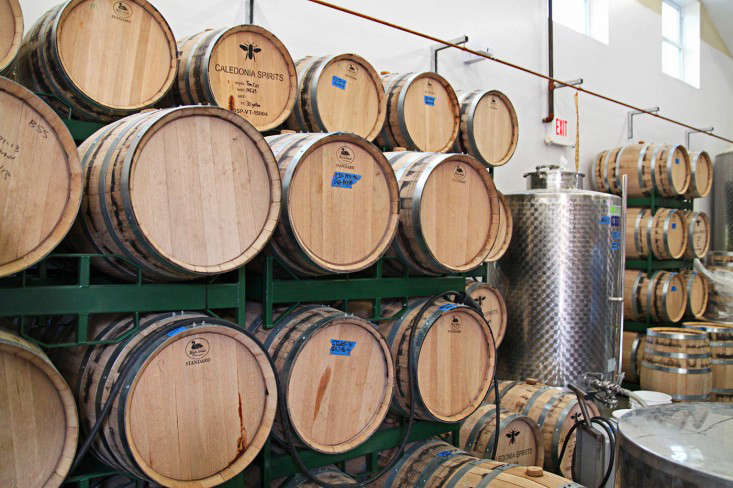 Above: Barrels made of American oak are used to age Barr Hill Reserve Tom Cat (aged gin), as well as bourbon and rye. The barrels impart a woody, whiskey-like flavor, which merges beautifully with the juniper and honey flavors of the gin. 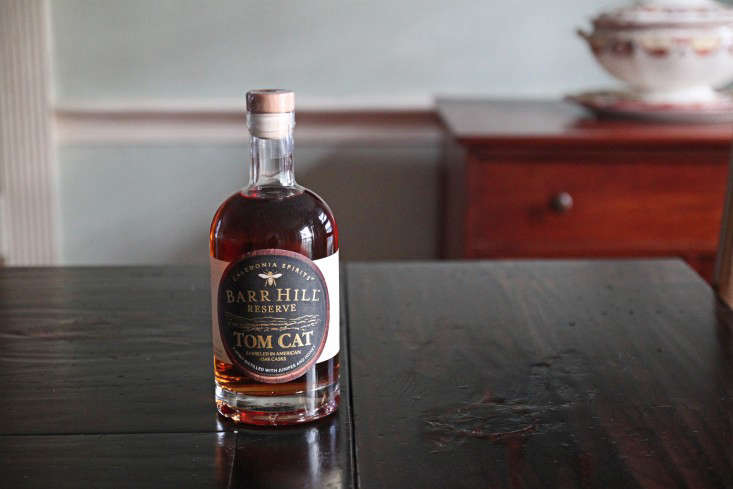 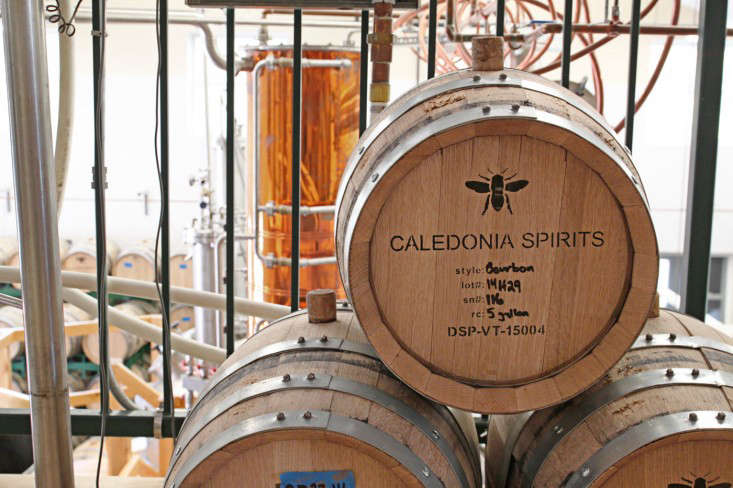 Above: Now aging, Caledonia Bourbon will be released next year. 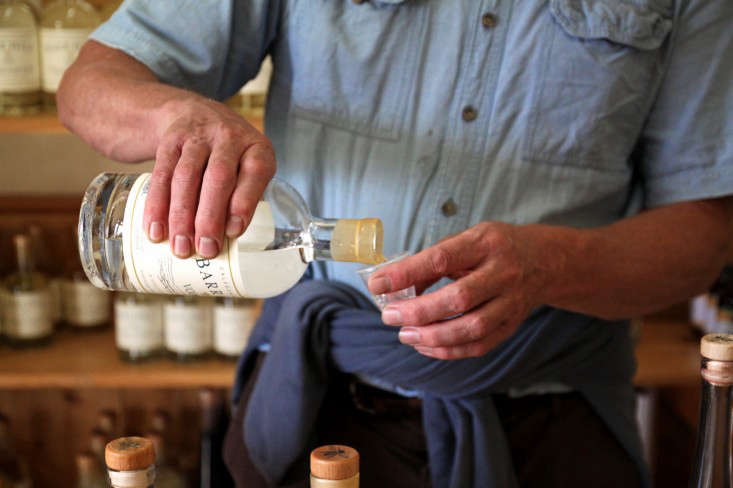 Above: Todd pours me a sample of his Barr Hill Vodka, which is made entirely from honey. The minute you get a whiff of its warm, honeyed aroma, you know this is not your average vodka. The taste is pleasantly smooth and light. No “firewater” here. 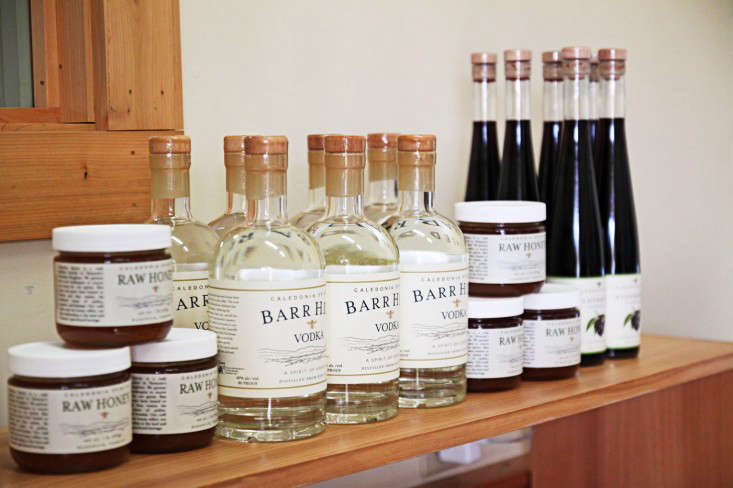 Above: Unlike most vodkas, which are distilled a number of times, Caledonia distills its vodka only two, or at most, three times. This preserves the regional flavors of the spirits. Along with vodka, bourbon, and gin, Caledonia also produces a sweet after-dinner Elderberry Cordial. 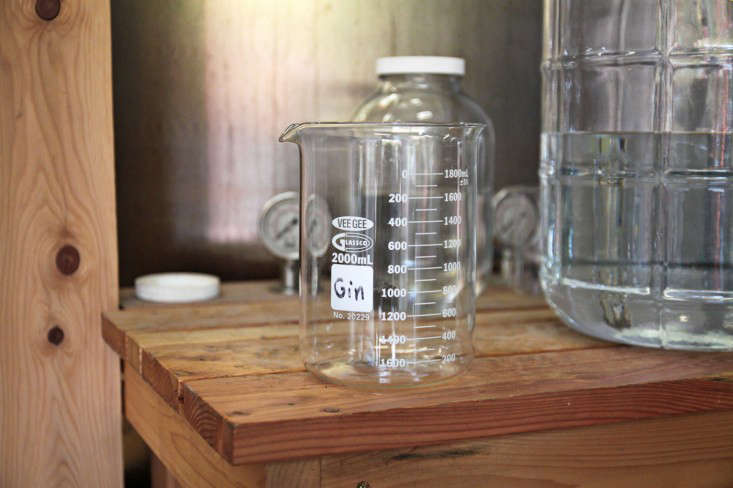 Above: With much of the production done by hand, using only the best regional products, the distillery at Caledonia has the look and feel of a craft brewery. The result is that each batch is subtly unique. 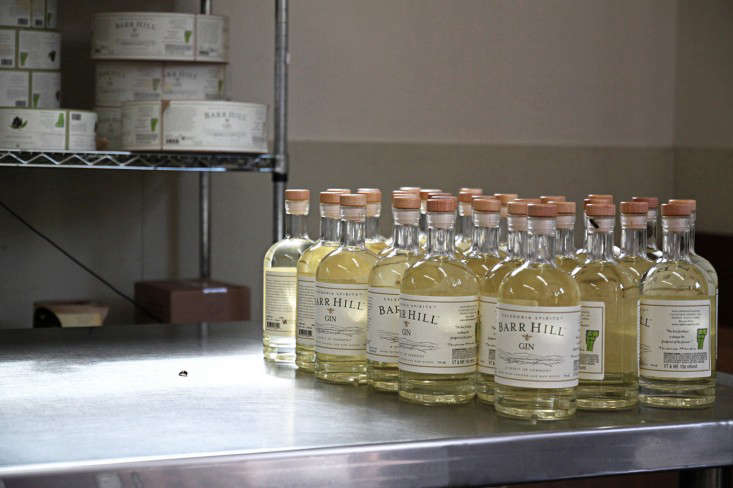 Above: The labels on Caledonia gin depict not only the distillery’s signature bee, but also the rolling landscape of Barr Hill in neighboring Greensboro, for which it is named. 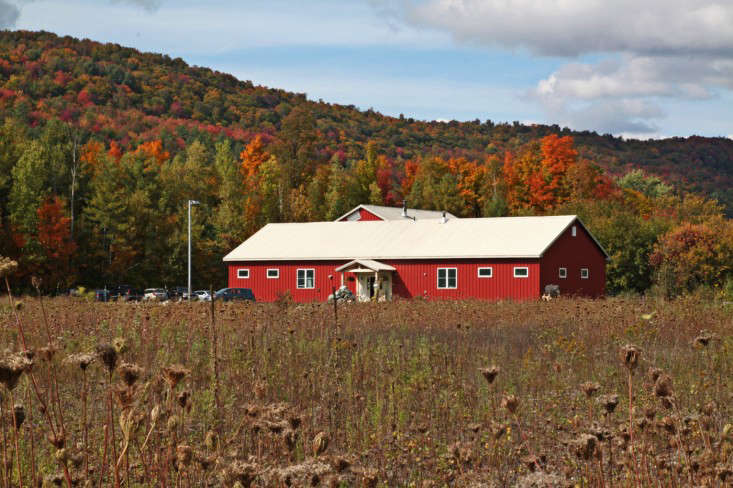 Above: Part of a regional agricultural and culinary renaissance that includes Jasper Hill Cheese, High Mowing Seeds, and Sterling College (among others), Caledonia Spirits sits on the banks of the Lamoille River in Harwick, Vermont, also known as “The Town That Food Saved.” 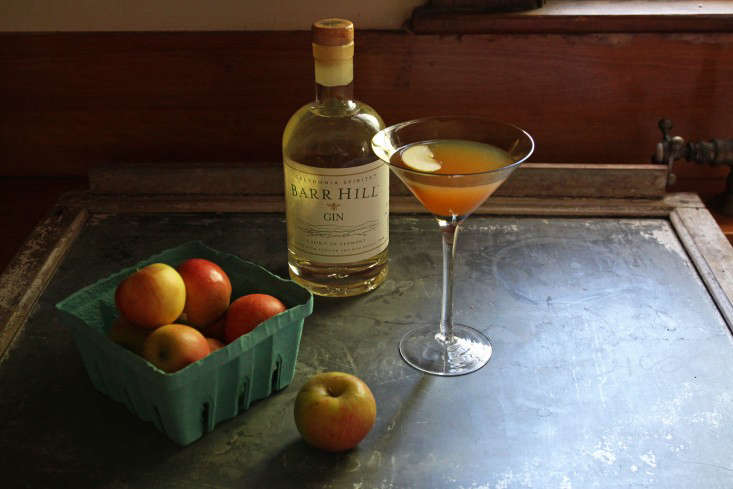 Above: This Thanksgiving, I suggest you welcome guests with my new favorite cocktail, The Mayflower. Made with Barr Hill Gin, apple cider, lime, and a dash of bitters, it’s the perfect drink for fall. Neither too bitter, sour, or sweet, it’s just delicious.

Shake all ingredients together with plenty of ice and garnish with a slice of apple or two.

You can find more delectable cocktail recipes on Caledonia’s website.

Above: Caledonia Spirits is located at 46 Long Yard Drive in Hardwick, VT. Retal hours are Monday through Saturday, 10 am to 5pm. You can also find nearby retailers via their website.

Or you can do your part to help the bees in For the Bees: Gardens with Pollinating Plants.