Handsome, long-lived, with texture galore, sweet chestnuts in their several varieties are distinguished trees. They are also abundantly generous, in gate posts and nuts, the latter being a cheerful reminder of the holidays. 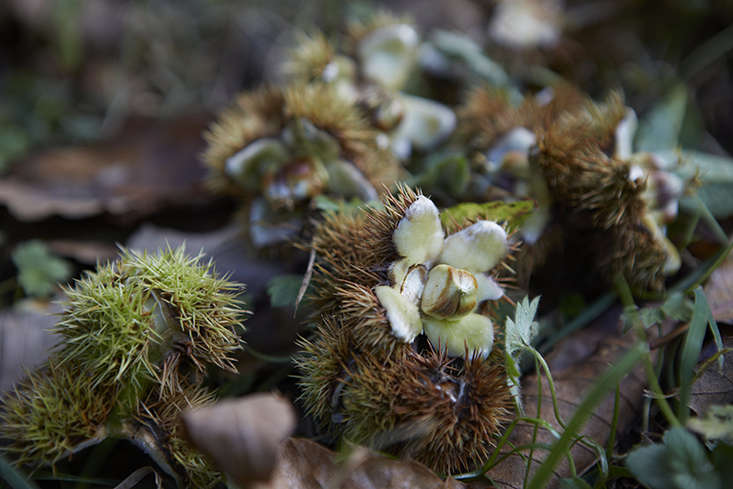 Above: The fruits of sweet chestnuts in autumn. In the UK, ripening nuts are often ejected from their shells, which cling on to the tree, resembling flowers. Ideally, they will fall in clusters and ripen on the ground, still enclosed in their sharp green spines. The most delicious nuts require more sunshine than the British Isles can guarantee and they are generally imported from Spain, France, and Italy.

In the United States, chestnuts from the sweet chestnut (aka Spanish chestnut) are imported for their superior size and flavor. At one time, the American chestnut (Castanea dentata) formed about a quarter of the tree population in the eastern states before almost total devastation from chestnut blight in the early 20th century. There are signs of life but the most commonly grown sweet chestnut tree in the US is now the Chinese chestnut (C. mollissima). 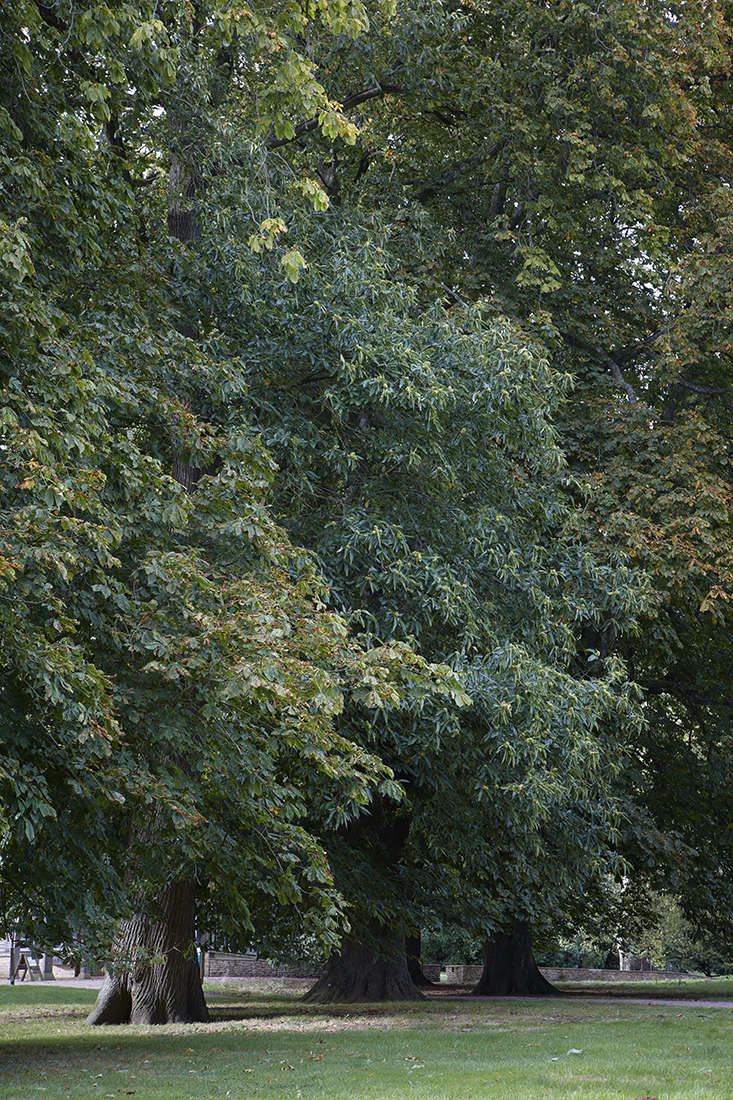 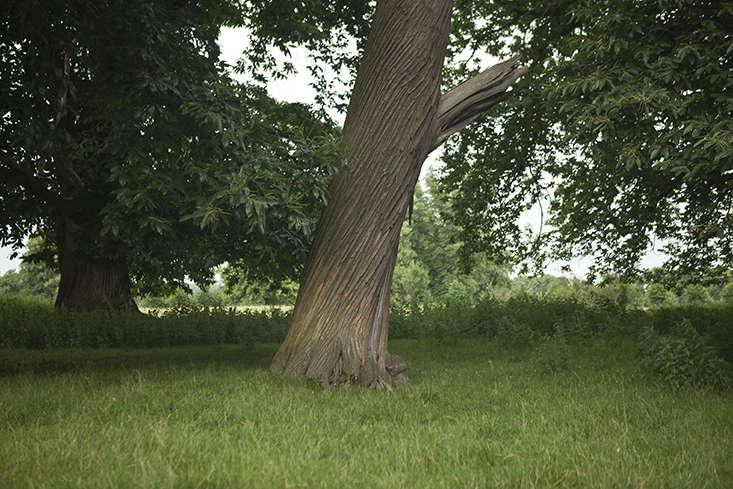 A sweet chestnut tree at Burghley House in Lincolnshire, part of the tree population planted there by Capability Brown in the second half of the 18th century. A favorite tree for parkland, old specimens of chestnut are often planted in groups or in lines in historic gardens and landscapes. Sweet chestnuts easily live to 700 years and sometimes for millennia. 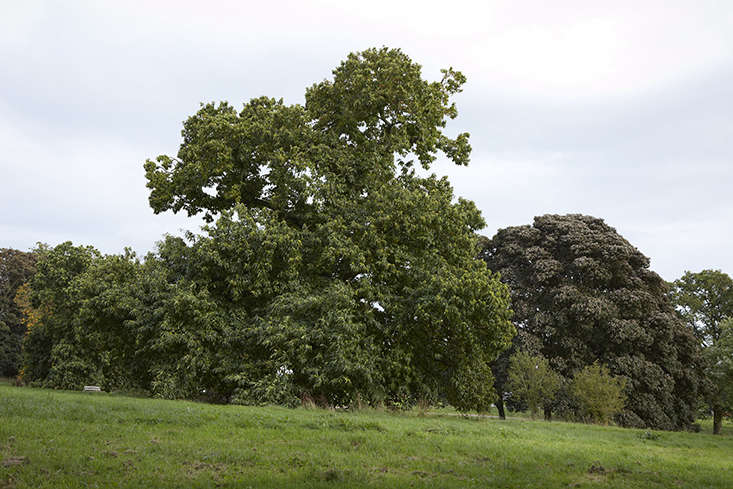 Above: The Spanish chestnut is considered to be a medium-large tree, being about 100 feet at maturity. The American chestnut used to tower over it, at 200 feet, while the Chinese chestnut, which has widely replaced the American, is a quarter of that size, at 50 feet. Crucially, it is drought-resistant.

• Chop it, don’t saw it; chestnut is stronger when it is split along the grain.
• Chestnuts used to be a diet staple (ground into a kind of flour) before the introduction of maize and potatoes. Although chestnut is nutritionally similar to wheat, it is naturally gluten-free.
• Save your fingers and buy vacuum-packed sweet chestnuts, in which the three protective layers have been removed. 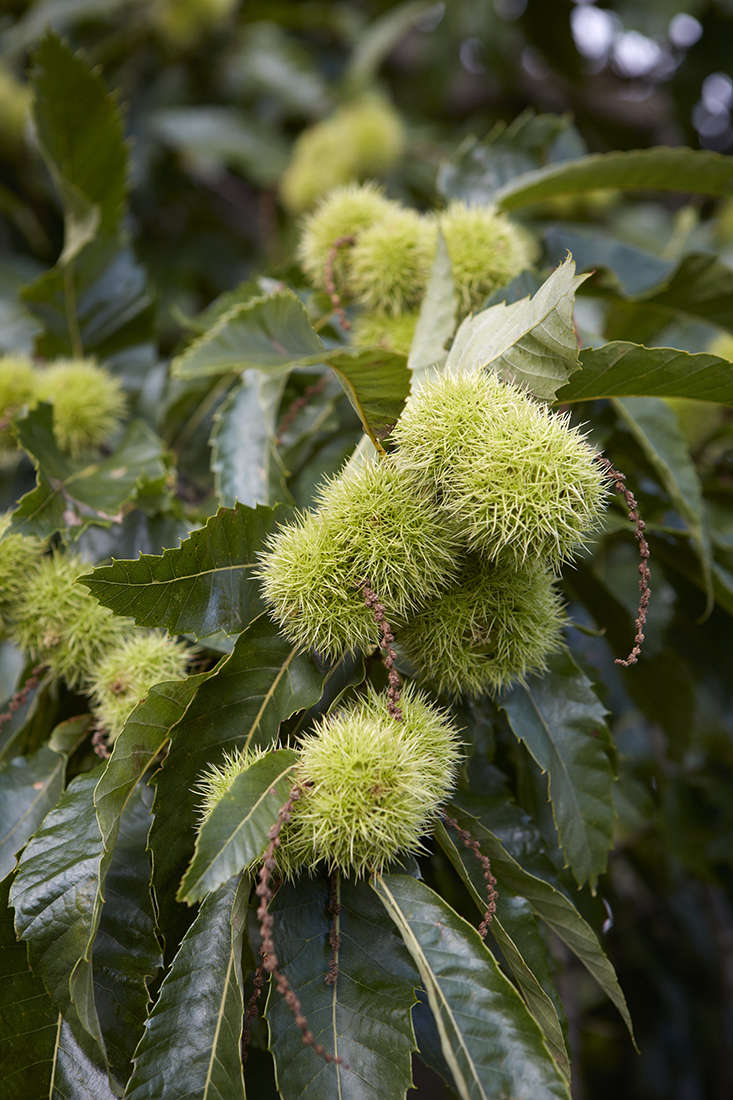 Above: Fruit is formed at the base of germinated catkins, which cling on, desiccated yet determined, after their duty is done.

• Although Castanea has both male and female flowers, it is not self-pollinating. Another chestnut (any variety) is needed, for a crop of nuts.
• Its nickname “Spanish chestnut” is instructive: it flourishes in full sun with well-drained soil. It also does well in high altitudes.
• Chestnuts also need winter cold, for optimum nut production. 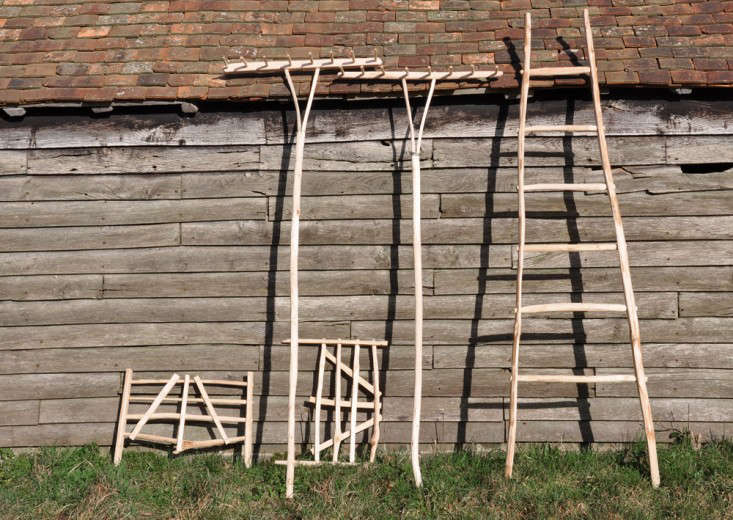 Above:  Photograph by Joe Rodriguez.

The wood of chestnut is high in tannins, giving it impressive durability when left outdoors, untreated. Chestnut woodland is abundant in Sussex and Kent in southern England, traditionally providing poles for the growing of hops (for beer making). Chestnuts have been coppiced here for hundreds of years. Coppicing is a sustainable system in which certain broad-leaved trees are cut down close to the ground, only to re-sprout, straight and multi-stemmed. As farming practices for hops have changed, coppiced wood is used mainly for fencing. Wood shingles on buildings are also made from chestnut.

The sweet chestnut woods next to Great Dixter in East Sussex provide raw materials for the handmade tools and accessories sold in the Great Dixter shop (shown above). For more information, see: The New Ruralism: Barn Style Accessories from England. 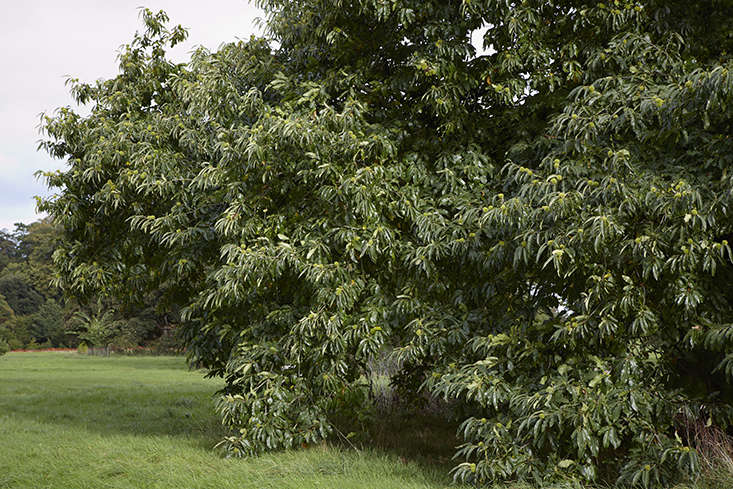 Finally, get more ideas on how to successfully plant, grow, and care for sweet chestnut tree with our Sweet Chestnut Tree: A Field Guide.

Object of Desire: A Handblown Flycatcher from Sweden