In 1939, Japanese designer Mirei Shigemori was the bad boy of Zen gardens. His use of Western geometry in an ancient temple outraged the public, but it was his l’enfant terrible attitude that gave him notoriety. Not shy about saying that current garden design was a mere imitation of the past, he insisted on change.

Enter the checkerboard moss garden, which he created for Kyoto’s Tofuku-ji temple. Bordering on scandalous at the time, it’s now one of the most famous gardens in the world.

Creating a moss checkerboard is also a fairly simple do-it-yourself project, if you have the right conditions in your garden. SF-based landscape designer Janell Hobart of Denler Hobart Gardens explains how to get the same iconic look: 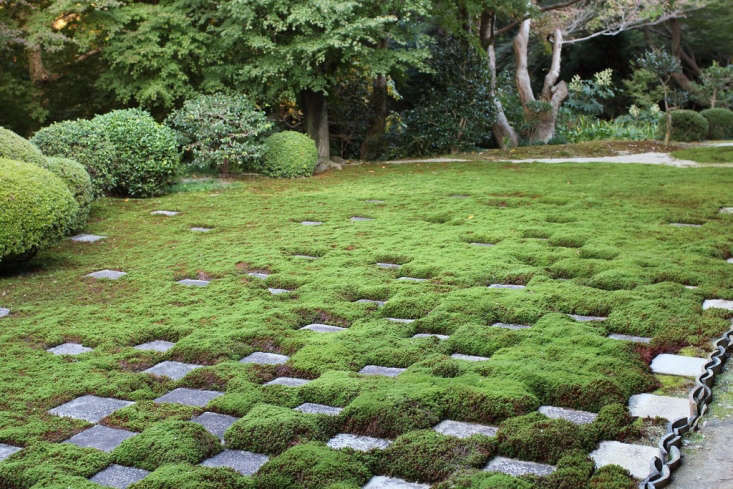 Above: The northern garden of  Tofuku-ji is home to the checkerboard moss garden, surrounded by azaleas and Japanese maples. Following Zen Buddhism practices of not wasting, the pavers are leftovers from building the main hall. Photograph by Kim Unertl via Flickr.

1. Locate shade. “The biggest danger to moss is sun,” says Hobart. If you have a sunny garden, pick a spot under a tree or close to a building. Hobart plants moss under her apple tree.

2. Divide the work into two weekends. While this project is great for novices, Hobart says this is a two-weekend job. Spend the first weekend laying out the square pattern and installing pavers, and the second planting moss.

3. Lay pavers on a base of concrete. The stones in a Zen garden are often slippery to slow down the pace of visitors, but remember safety first.  Concrete will secure pavers and prevent slipping. Also, pavers should be set level with the ground. Digging is required.

Above: Photograph via Amazon UK.

5. Use sheet moss. Hobart buys flats of moss at Home Depot. Sheet Moss (Hypnum), a low-growing variety ideal for paths or for planting between paver, is sold by square foot at Moss Acres, where 25 square feet is $119 and 50 square feet is $229.  For more about moss varieties, see 10 Easy Pieces: The Most Magical Mosses. 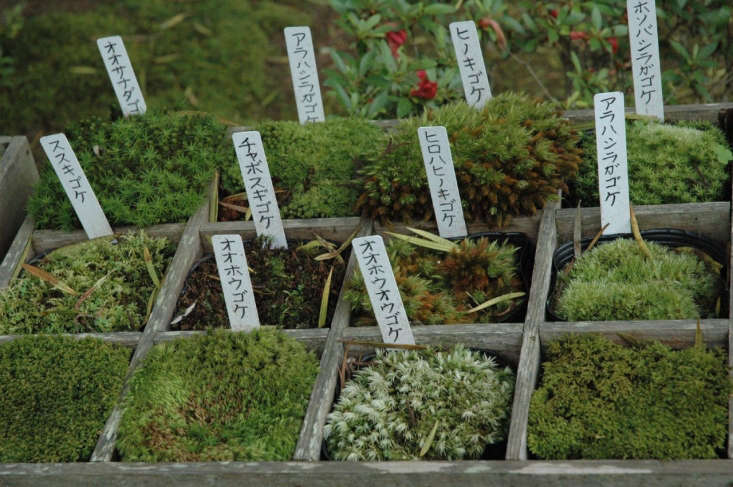 6. Consider a moss alternative. Baby tears, sometimes referred to as scotch moss, is a perennial ground cover that can survive drier conditions.

For more inspiration from Japanese design, check back tomorrow for Michelle’s 10 Garden Ideas to Steal: Japan Edition. In the meantime, see our Shopper’s Diary of a nursery in Kyoto’s historic Higashiyama district.

Landscaping: What’s the Best Soil Conditioner for Your Garden?