One feature of traditional Japanese architecture came in handy when the architectural firm Kennedy Nolan was hired to expand a traditional Edwardian home in Melbourne, Australia. Because the old wooden house was in a historic neighborhood, it couldn’t be torn down. So the architects had to create an addition that would meld with the existing building and its surroundings. Add to that a client extremely concerned about keeping costs under control: 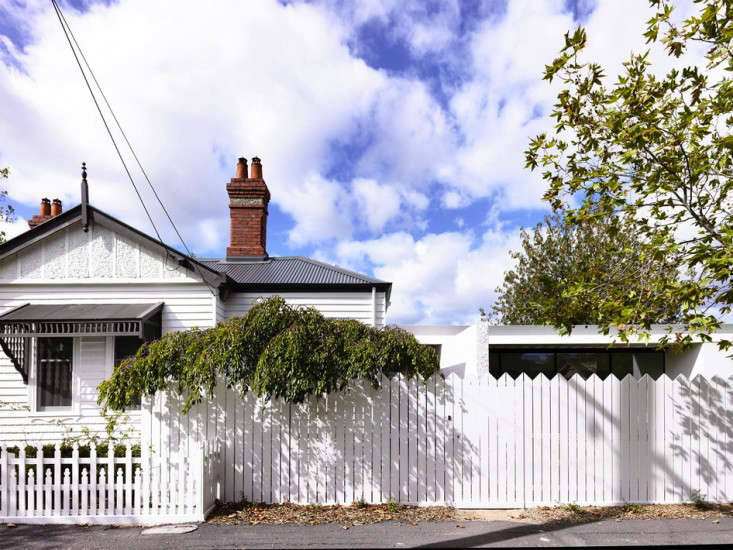 Above: The fence ties together the traditional and the modern parts of this Melbourne house.

The ingenious project, known as the Westgarth House, involved creating two distinct zones. The old structure became the private area–a sort of dormitory with four bedrooms, two bathrooms, and a study. The addition that Kennedy Nolan designed became the public area, with a kitchen, living room, and dining room. 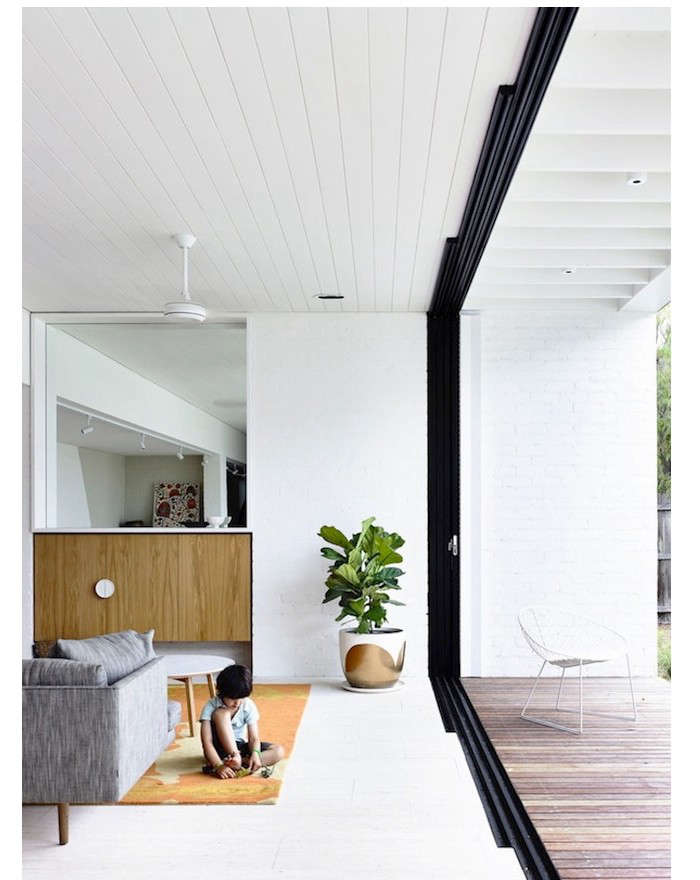 Above: The living area faces north, toward the garden.

The style of the addition is clean and rectangular. Basically, it’s a long white box attached to the rear of the old house, sitting unobtrusively behind a tall white fence along the south boundary of the corner lot. The goal was to preserve as much outdoor space as possible. 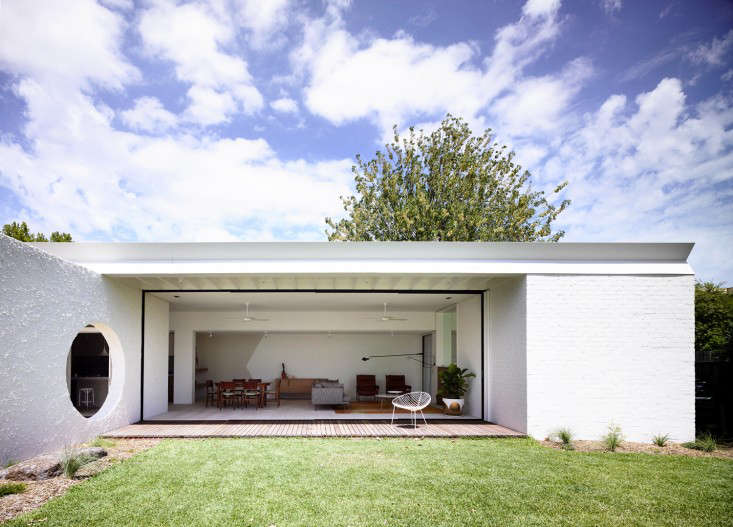 Above: The Westgarth House, with its wall open to the outdoors.

That’s where the traditional Japanese architecture came in. A fundamental Japanese concept is the blurring of boundaries between inside and outside. The Westgarth House garden can be accessed by huge sliding glass doors. Once those doors are pushed back, the entire side of the new wing is open to the outdoors.

The climate in Melbourne is moderate, rather than tropical, but Patrick Kennedy of Kennedy Nolan says the feature can be used as much as eight months of the year. In fact, he said recently, “Our client had the doors open just last week, in the middle of winter, because it was a sunny day.” 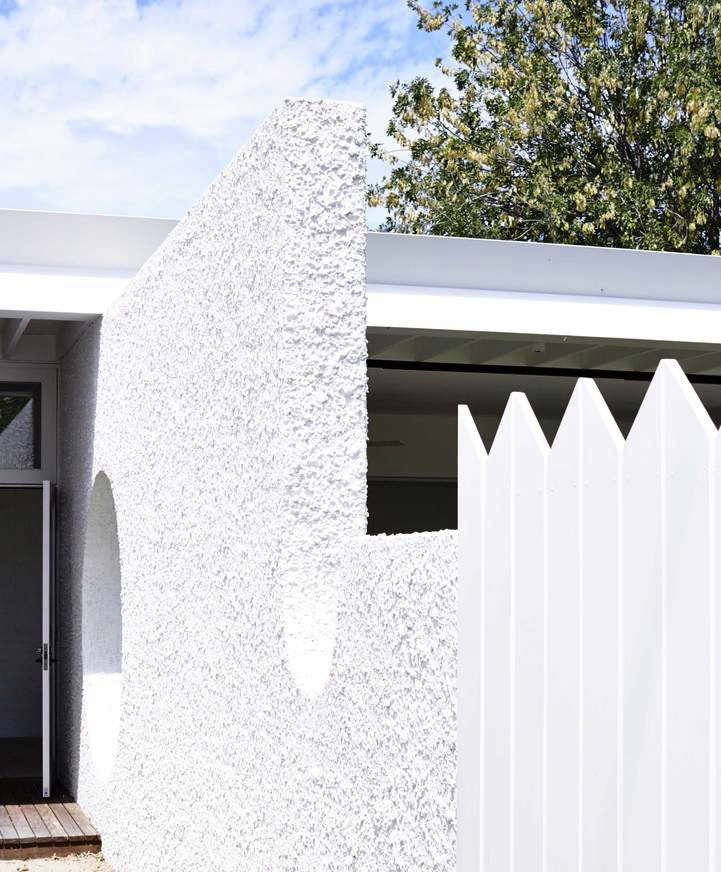 Above: The architects used a monochromatic color scheme to unite disparate textures and structural features.

Kennedy says that little reconfiguring had to be done to the old house. One major change, however, involved moving the main entrance. In its original location, people would have had to enter the house in the bedroom area and walk the entire length of the building to reach the public area in the addition. 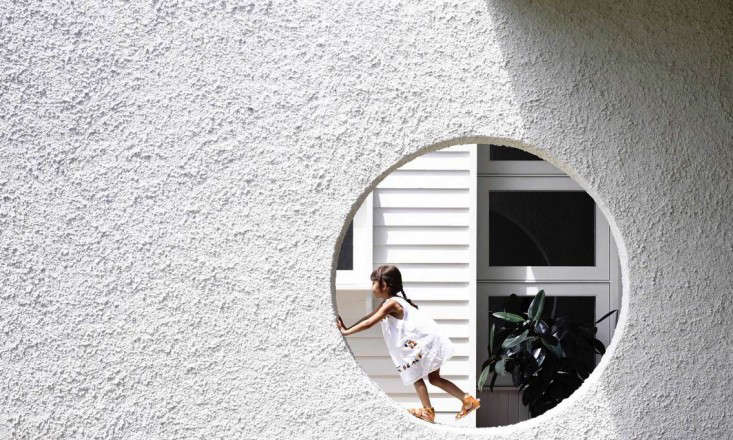 Above: The new entryway is welcoming–and fun to play on.

Kennedy Nolan created a handsome new entrance between the old and new parts of the house. It incorporates a stucco wall with a circular opening, or moongate–a classic Asian touch borrowed from the Chinese. 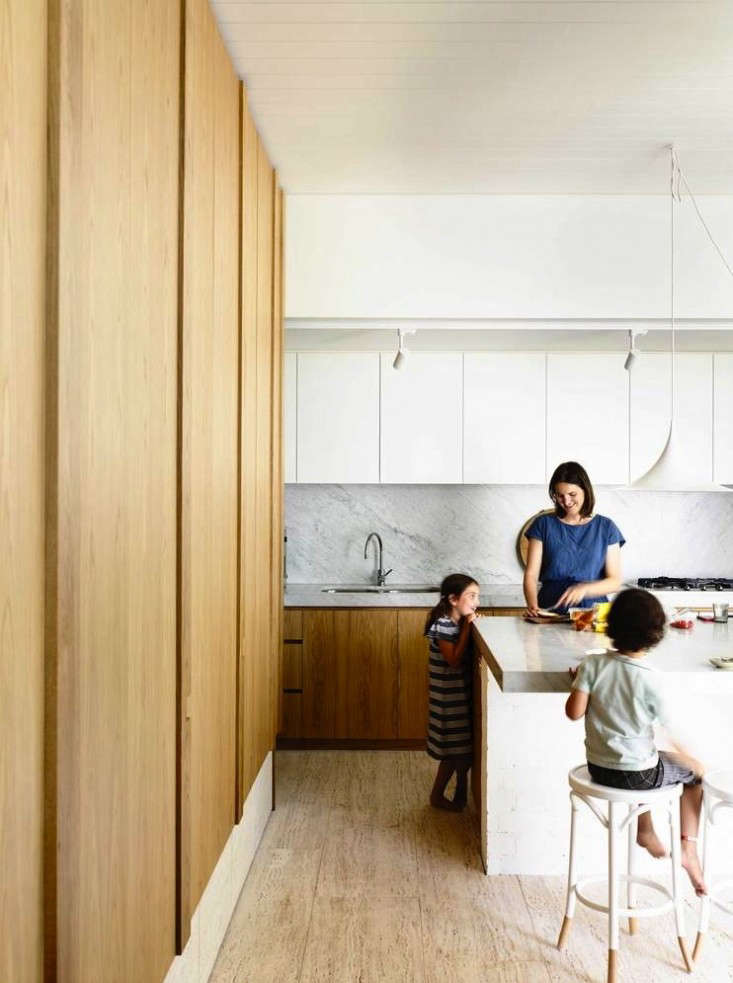 Above: The clients asked for more room for family life and a beautiful, functional design. 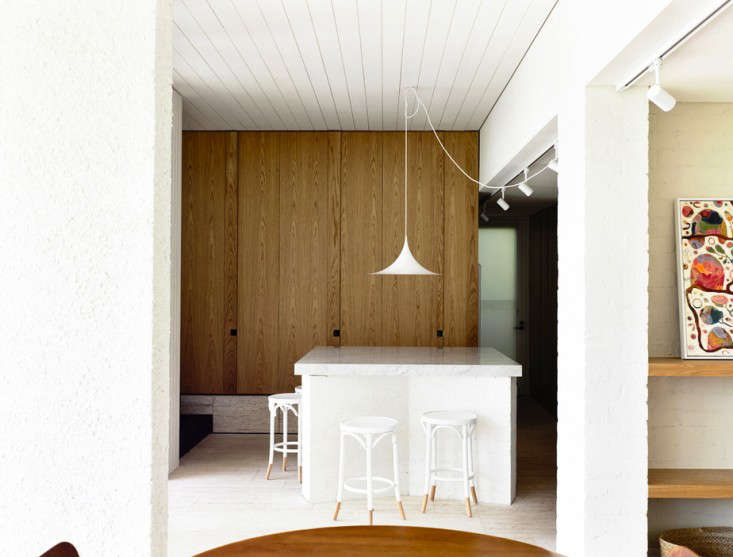 Above: The large island has become the center of attraction in the kitchen. 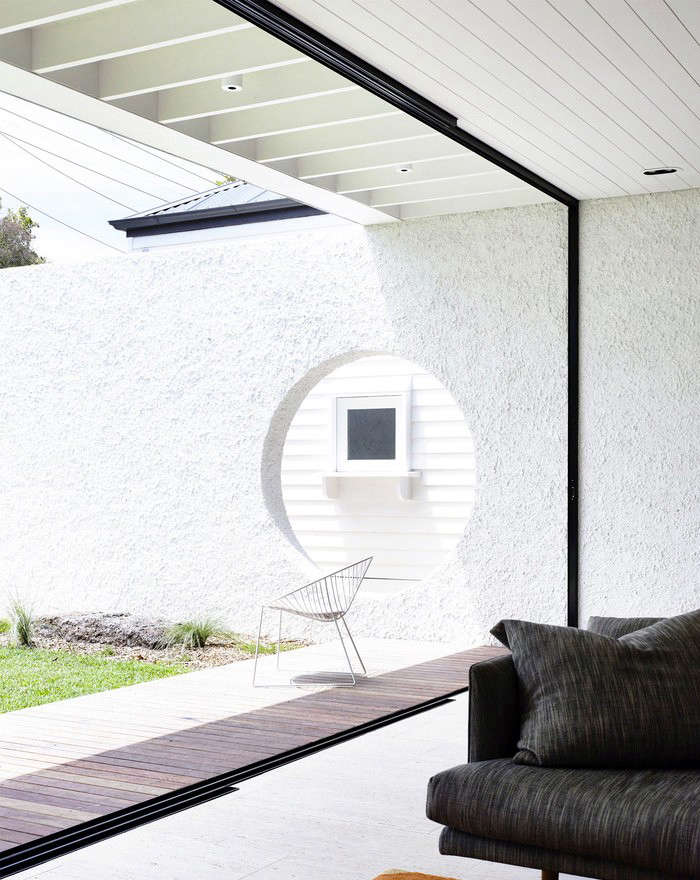 Above: The entrance wall, as seen from inside the living room. To save energy, the new pavilion uses principles of passive solar design, including north-facing orientation and cross ventilation that takes advantage of Melbourne’s prevailing winds. 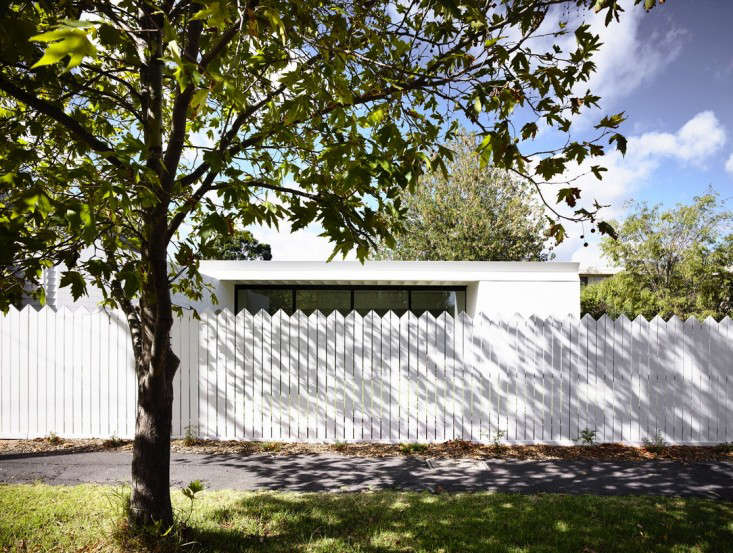 Above: The addition doesn’t look out of place among the Victorian and Edwardian houses in Westgarth.

For Patrick Kennedy, Westgarth succeeds on a level beyond its physical beauty. “My favorite thing about this house is the sense that it’s a synthesis of many things into a single entity–a seamless, calm, and nurturing domestic environment.”

Table of Contents: Down Under