I remember summers in New York. Whenever any of my entourage managed to score a piece of outdoor real estate, it immediately became a community garden for all of us. We chipped in with the buying, planting, and watering so we could share in this rare urban oasis. And then? We went away for the weekend.

Poor plants. It took no time at all for those urban plants to be scorched by hot sun pouring down on asphalt roofs. Other hapless city plantings quickly succumbed to airborne pollutants and salt.

But New Yorkers always bounce back. So the next season, we fledgling urban gardeners got smart and invested in some pollution- and drought-tolerant plants that thrived in their urban habitat.

(Suburban gardeners also take note: These plants work well for that problem area–the aptly nicknamed “hellstrip”– between your sidewalk and the street.)

Many evergreens do fine in urban environs, but Thujas (either plicata, Western Redcedar, or occidentalis, Northern Whitecedar) are particularly hardy. Commonly known as arborvitaes, these conifers (which are actually members of the cypress family) make excellent privacy hedges from prying neighbors. The feathery needles also add lovely texture as a backdrop in the garden. Mature plants grow to 30 feet, but you can cut the top to encourage outward, rather than upward, growth.

Thuja Plicata ‘Green Giant’ is available in several sizes for prices ranging from $22.95 to $199.95 at Sooner Plant Farm. 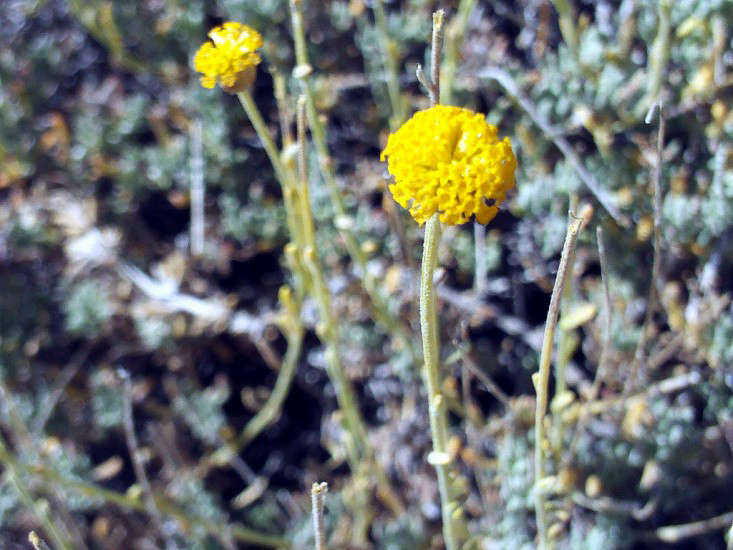 Above: Santolina rosemarinifolia by Javier Martin via Wikimedia.

Gray Santolina or Lavender Cotton has been described as a “no-fuss mound” of fragrant foliages with “cute button flowers” that can be dried. I like the contrast of soft gray and sunny yellow of this “wild and woolly” plant that needs virtually no water. A 3-inch pot is $4.95 at Mountain Valley Growers. 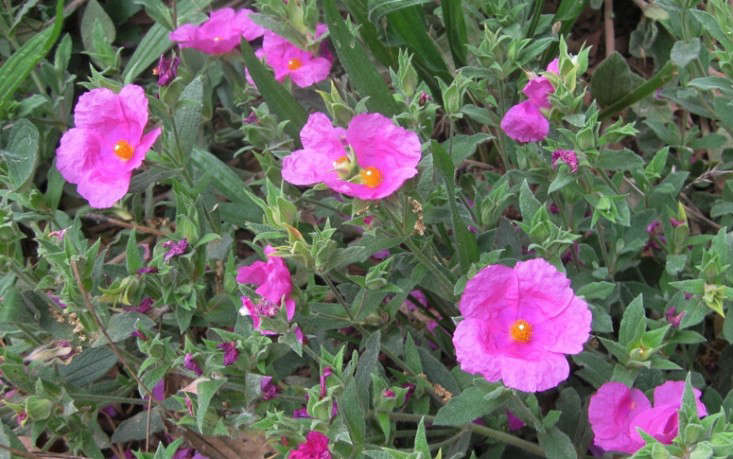 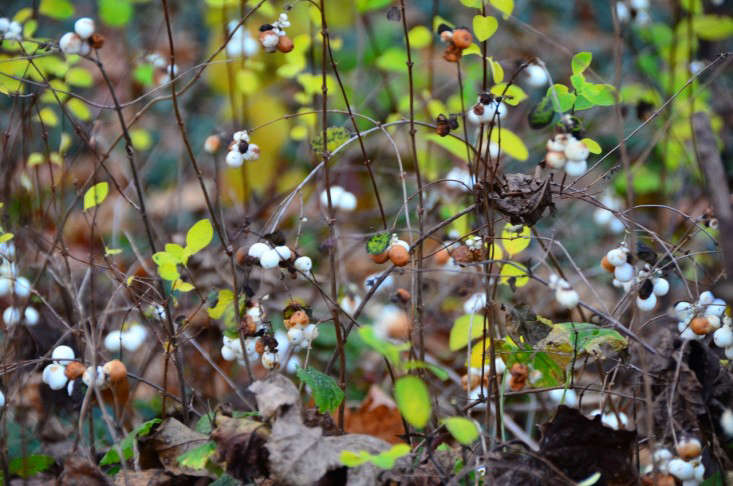 Above: Snowberry by Radio Tonreg via Wikimedia.

Growing up, I loved to imagine faeries and pixies playing mini games of soccer with snowberries. And though it seems delicate and does prefer partial sun, this enchanting native plant is quite adaptable to many soil and moisture conditions; it can even withstand salt spray. With pink flowers in the spring and plump white berries that last through the summer and fall, snowberry (Symphoricarpos) has an appeal that lasts beyond the typical growing season. Note: Fauna love snowberries, but they are not good for people. A 2-foot Snowberry Bush is available at Nature Hills; $34.95. 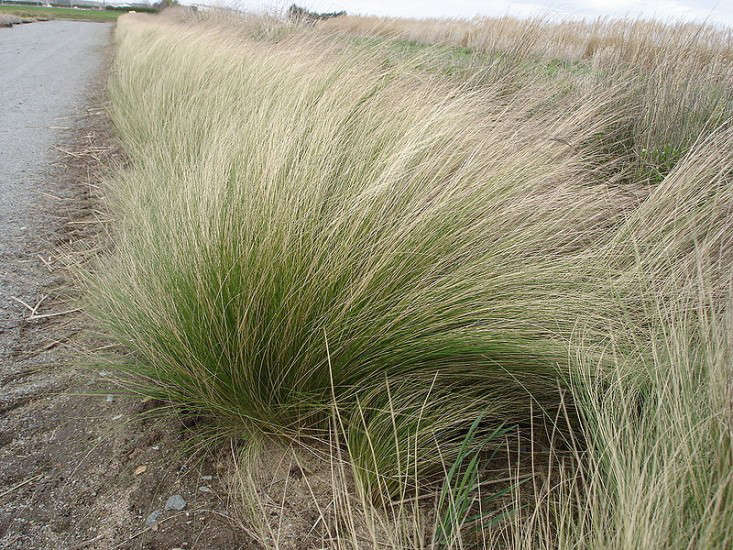 Above: Stipa tenuifolia courtesy of

Anyone who’s visited New York City’s High Line knows that ornamental grasses are perfect for urban environs. I love the soft sweep of textured Mexican Feather Grass. Don’t you just want to pet it? Available at Plant Delights Nursery for $12. 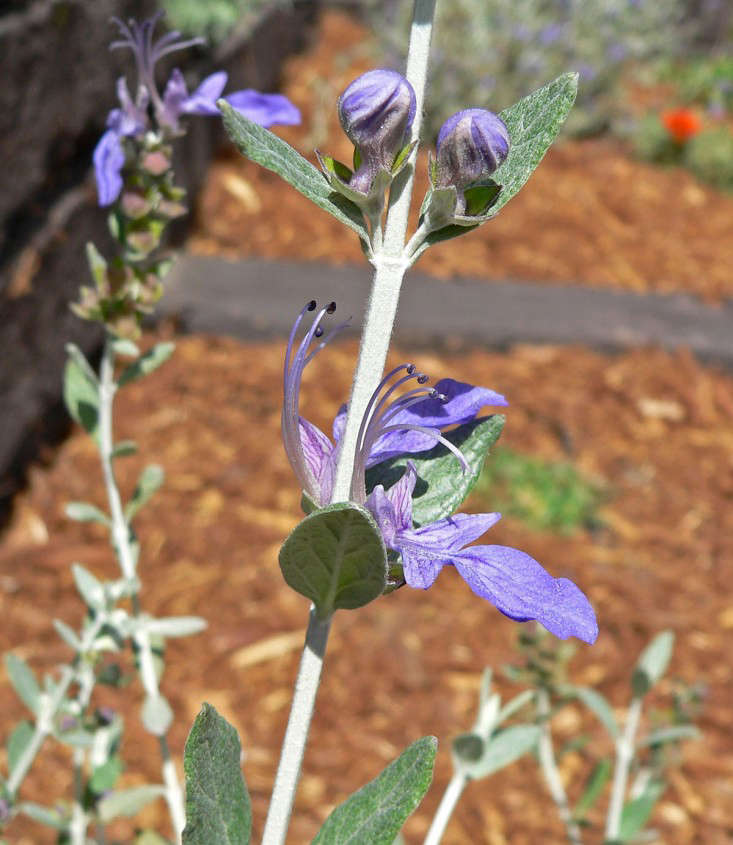 Above: Teucrium by Stan Shebs via Wikimedia. 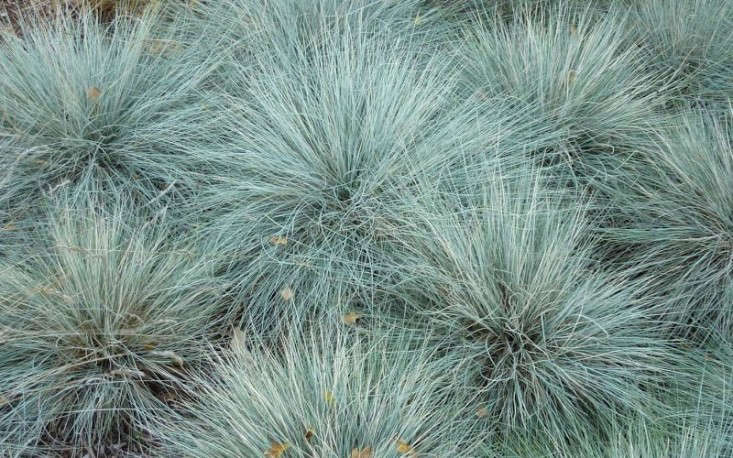 Offering a bit of refreshing blue gray in the summer garden, softly textured blue fescue is another of my favorite grasses. It prefers full to partial sun and well-drained soil. Other than that, you can’t kill it. Blue Fescue is widely available at most garden centers; it’s $5.25 from Evergreen Plant Nursery. You can also buy Blue Fescue Seeds; $1.99 for a packet of 100 from Seed Corner. 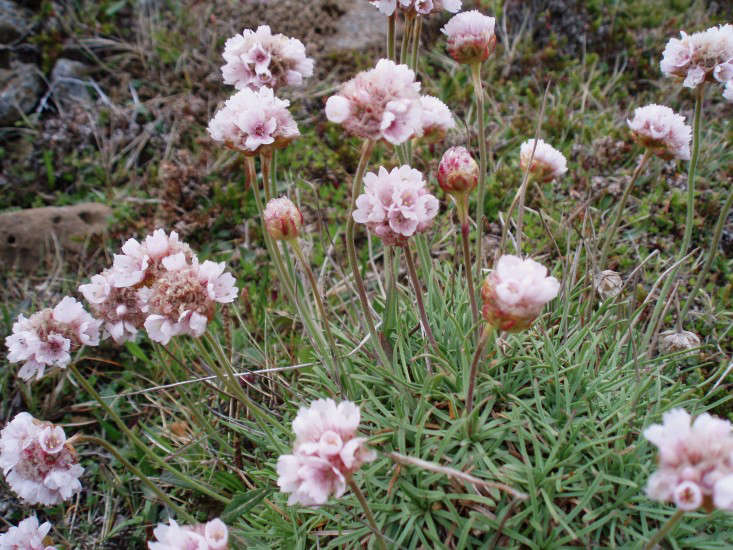 Above: Photograph by Jutta234 via Wikimedia.

For the same reason it works well in coastal gardens, Sea Thrift or Sea Pink (Armeria maritima) is also great for urban plots. Pink or white spring flowers can be deadheaded to encourage an additional summer bloom. Available at Bluestone Perennials; $8.95. 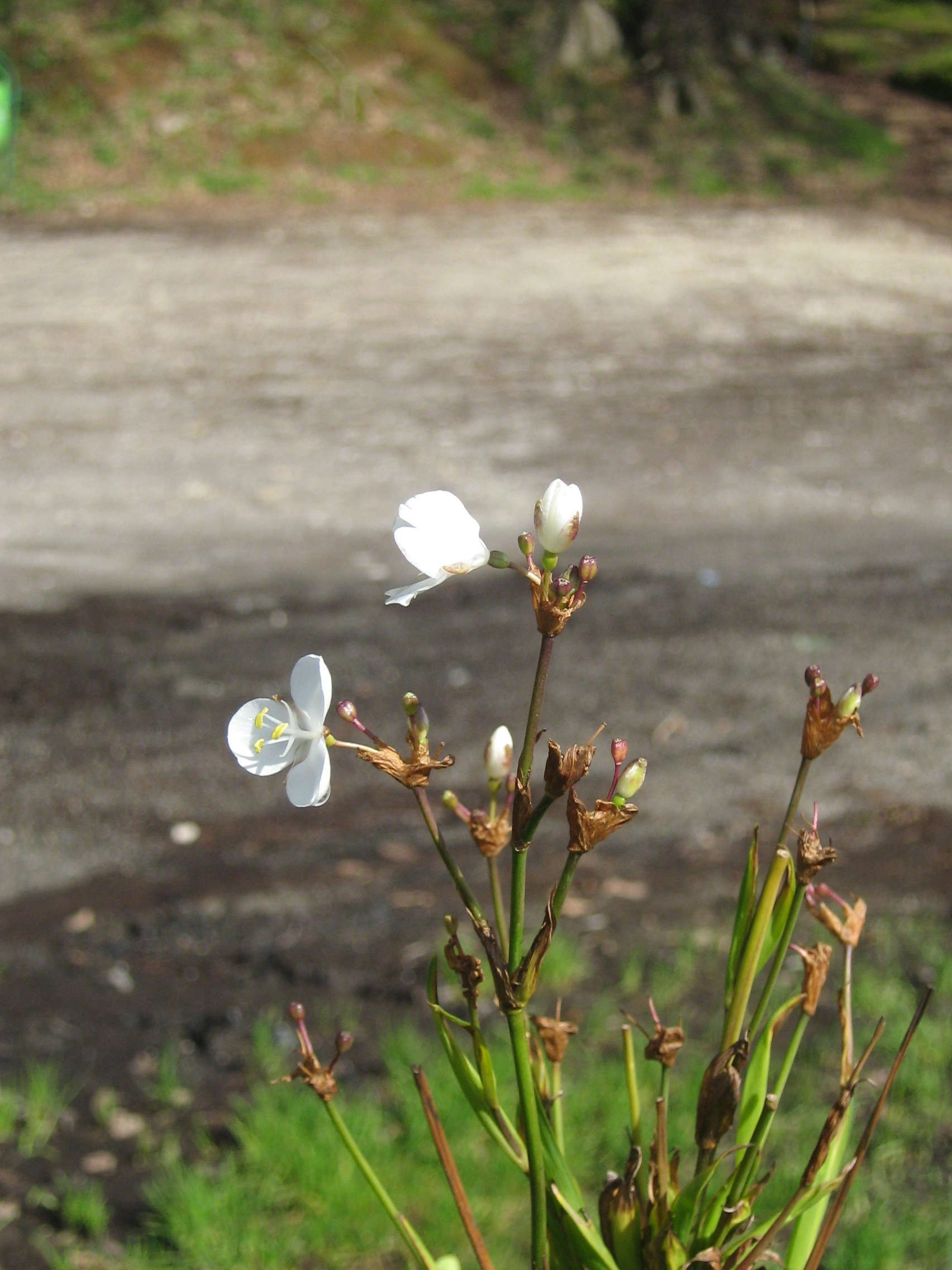 Native to New Zealand, the spiky amber stems of Libertia make a dramatic and unexpected statement in your urban garden. Fragrant white blossoms, which appear in the spring, only add to the allure of this unusual plant. Seeds are available at Plant World Seeds for $3.23 per packet. 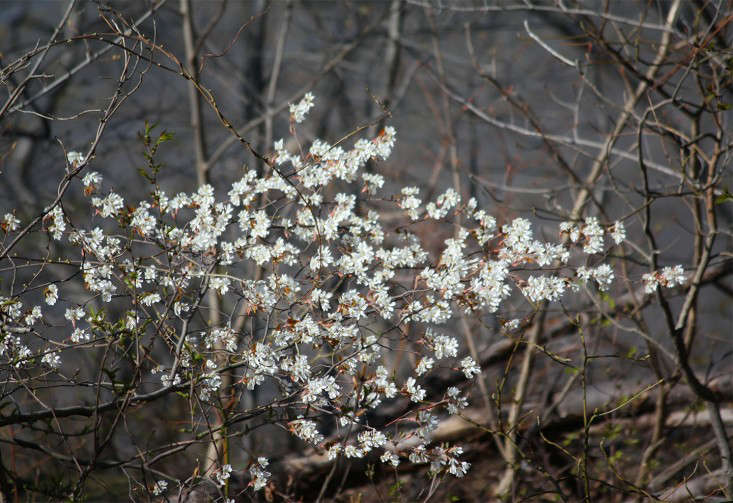 If you have a little more room or are planting a hellstrip, consider the magical Serviceberry. Like some kind of archetypal tree, serviceberry wears a distinct coat for each season. Spring brings a dusting of delicate white flowers, which turn to tasty purple berries (great for jams) in the summer, before a dramatic fiery finale in the fall. Available at Sooner Plant Farm, from $29.95.

Find much more expert advice about growing plants in the city at Urban Gardener.

In collaboration with: Beyond Decking: Trex for Exterior Design