Of course you may install an enormous live tree in your sixth-floor apartment: Police will escort the crane down the street, traffic can be diverted, and neighbors are welcome to gawk at the sidewalk spectacle.

This is the philosophy of Bart Haverkamp and Pieter Croes, a pair of garden designers in Antwerp, Belgium, who specialize in designing ambitious urban gardens. We spotted their work on Coffeeklatch, where another talented team–writer Magali Elali and photographer Bart Kiggen–spent a day at work (and in the garden) with them: 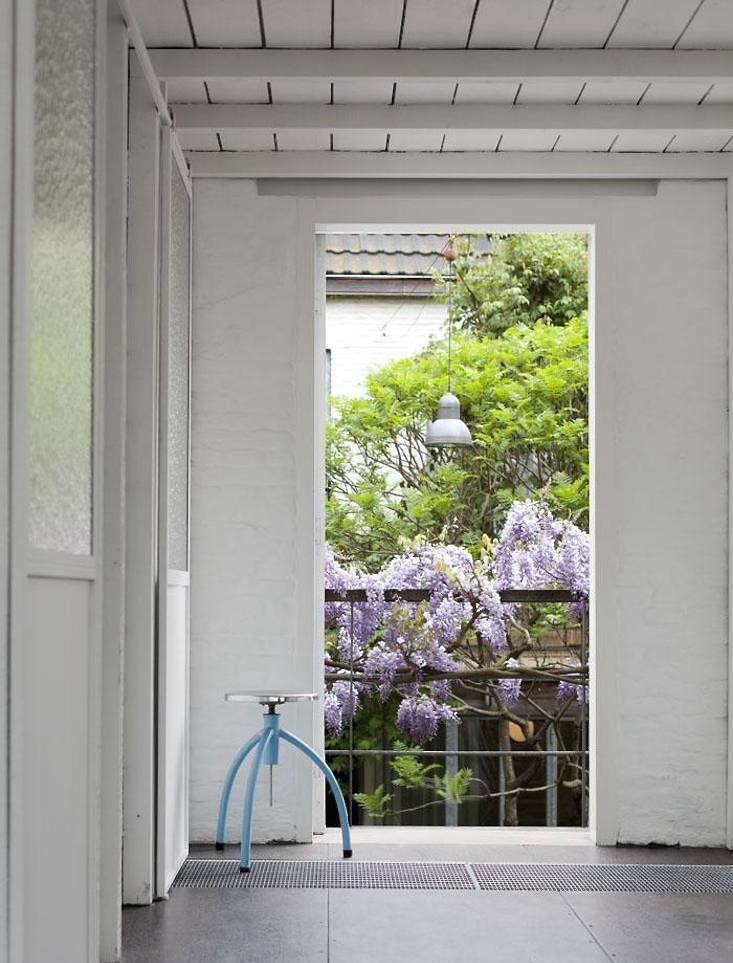 Above: At Bart & Pieter’s Antwerp atelier, formerly a farm, a sliding window frames a courtyard view. 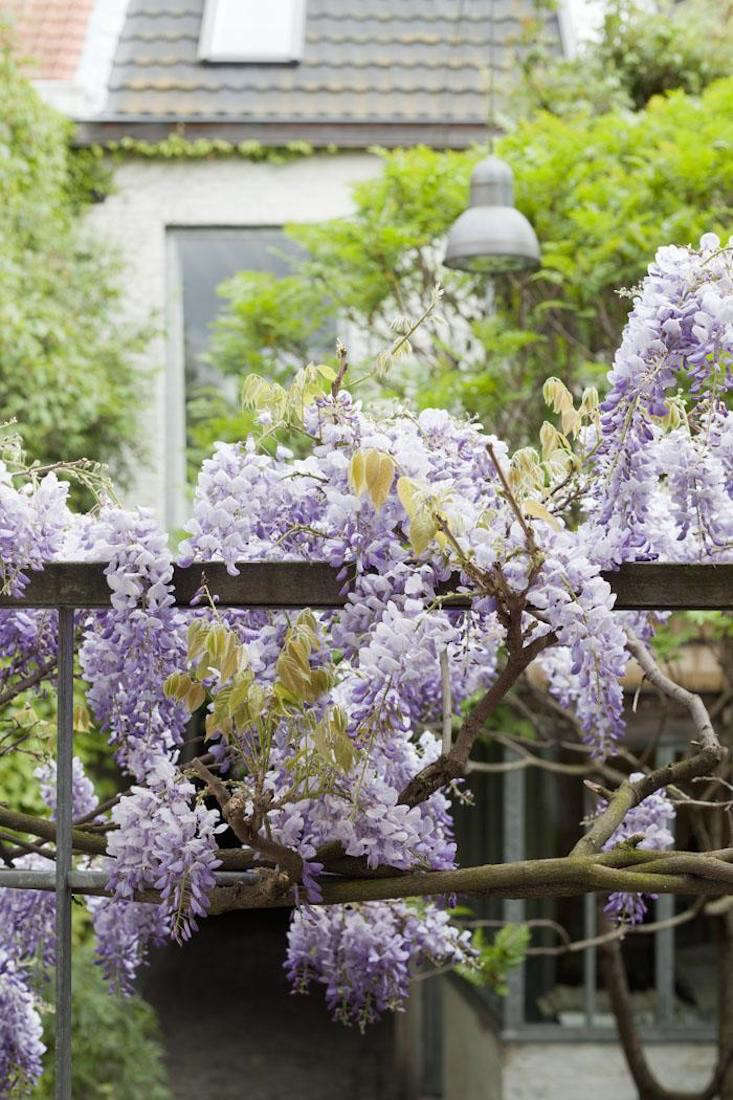 Above: Mature wisteria smothers a railing. 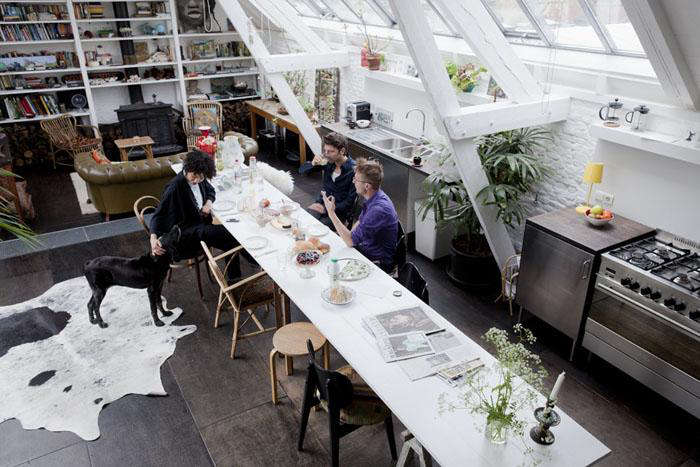 Above: The two work in a high-ceilinged city loft where the white beams create “the illusion to be in a whale’s belly,” says Magali Elali. 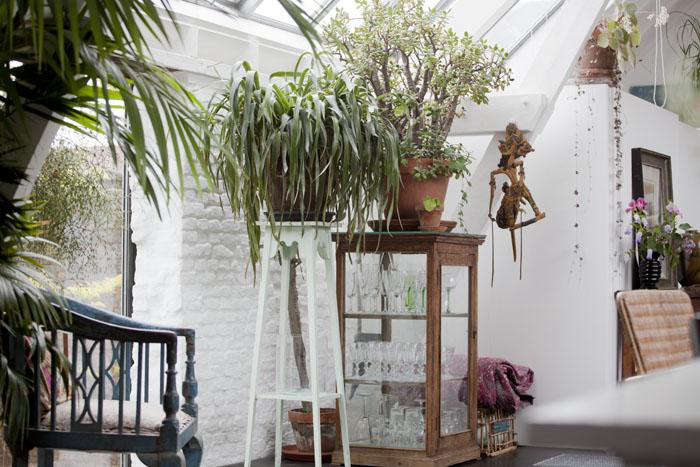 Above: Skylights make the loft space feel like a big greenhouse. 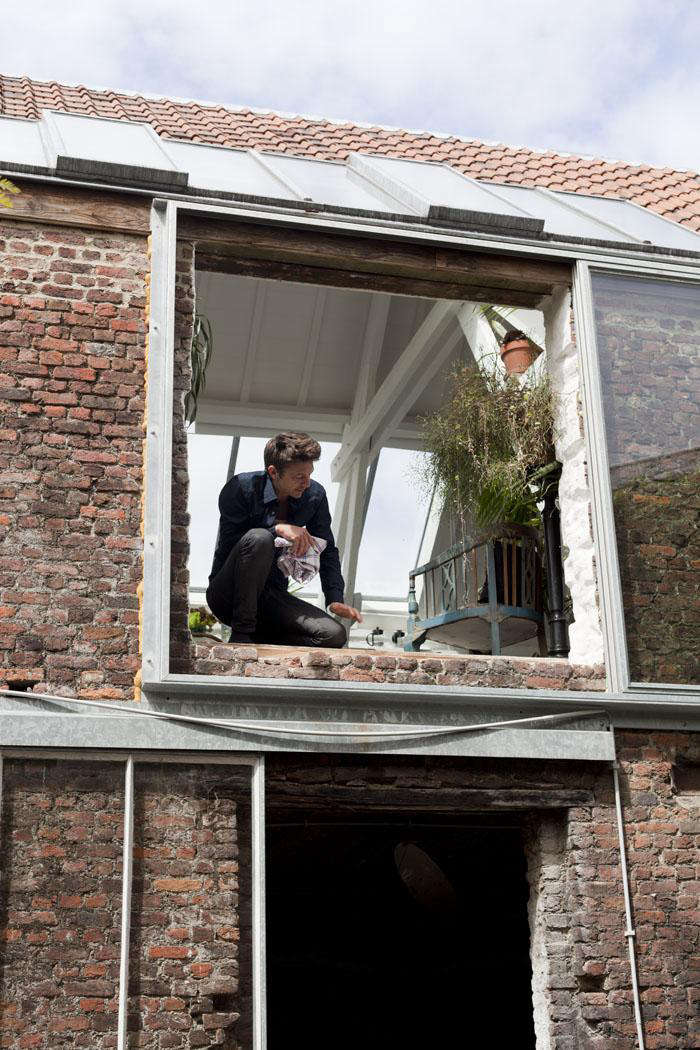 Above: Installing a sliding window. 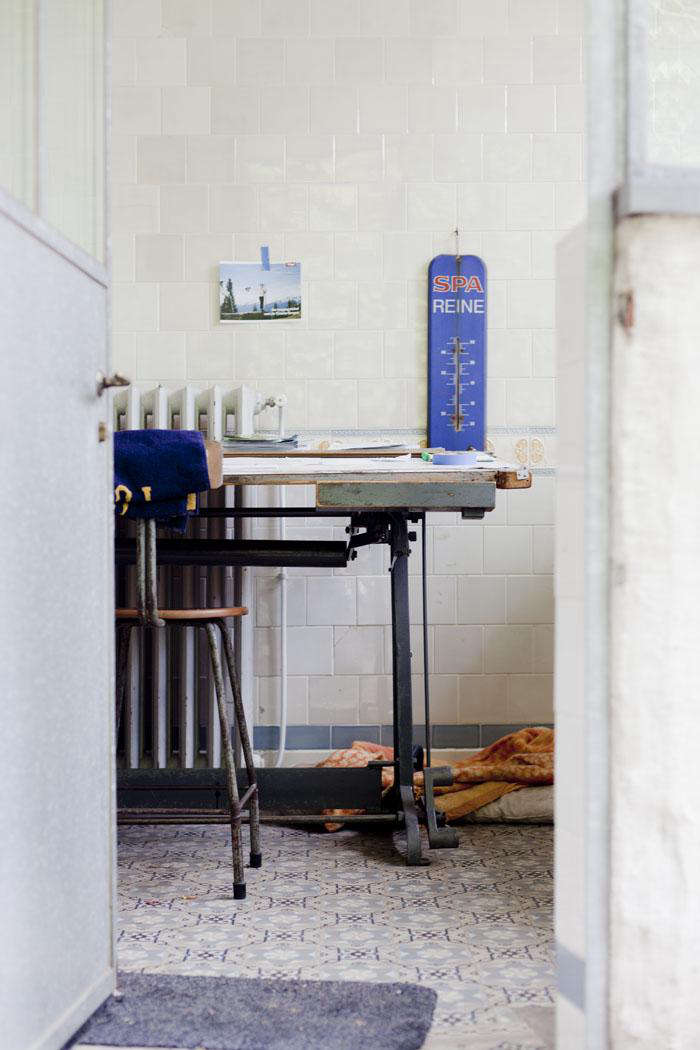 Above: “Every project is a search for the right solution,” says Pieter. “When clients want to install a new terrace, but they lack the budget, we repaint old tiles or replace them with plants. Everything is possible.” 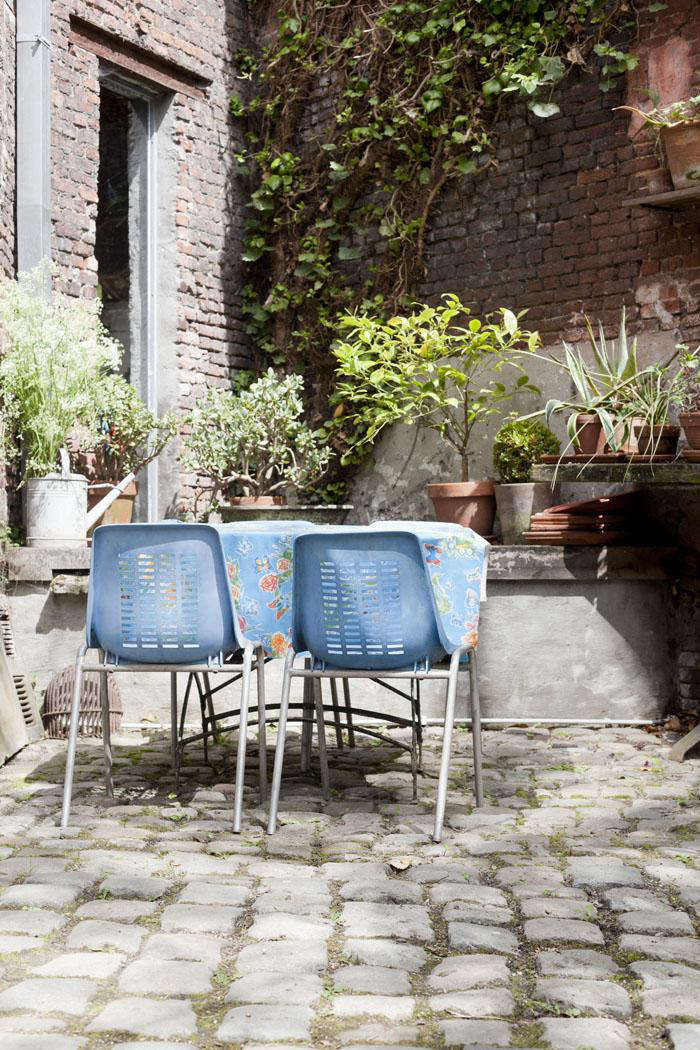 Above: Their atelier is “a stunning green and quiet oasis in the city,” says Magali Elali. 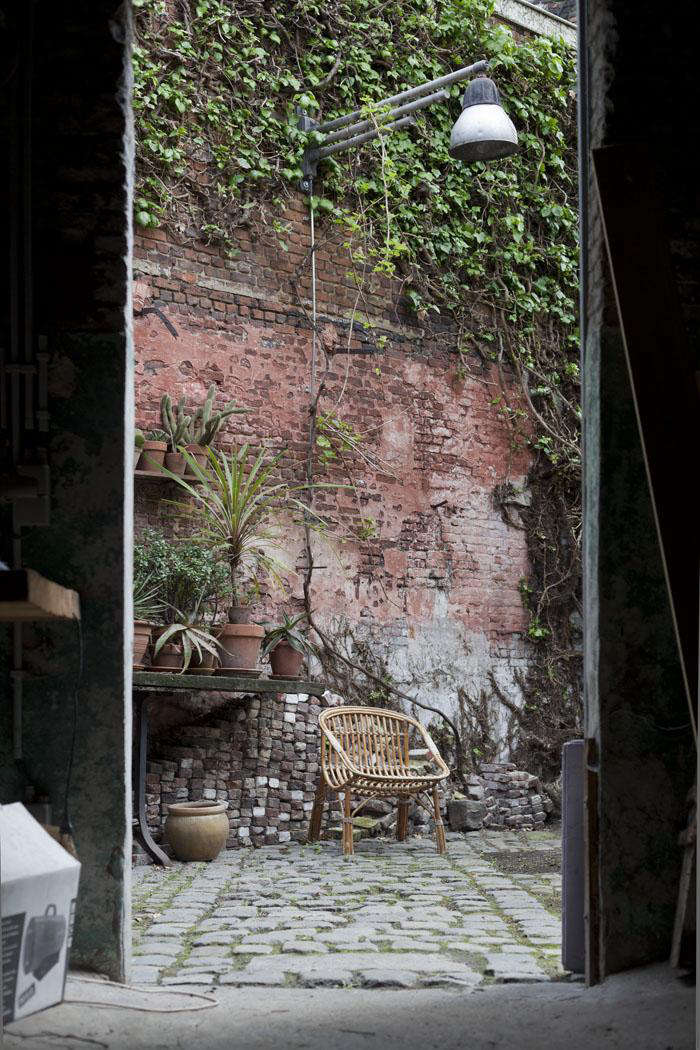 Above: “At first the premises looked romantic, with ivy growing through brick,” says Bart. “At second sight it was a big mess.” 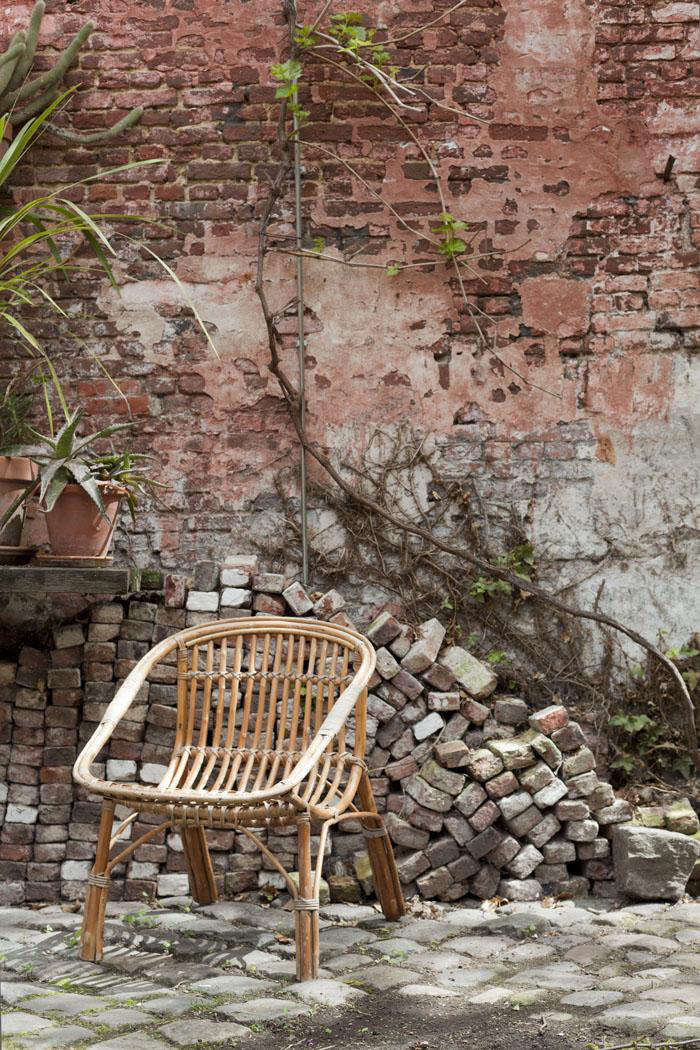 Above: “We didn’t know we had a garden until we started cleaning up the place,” says Bart. 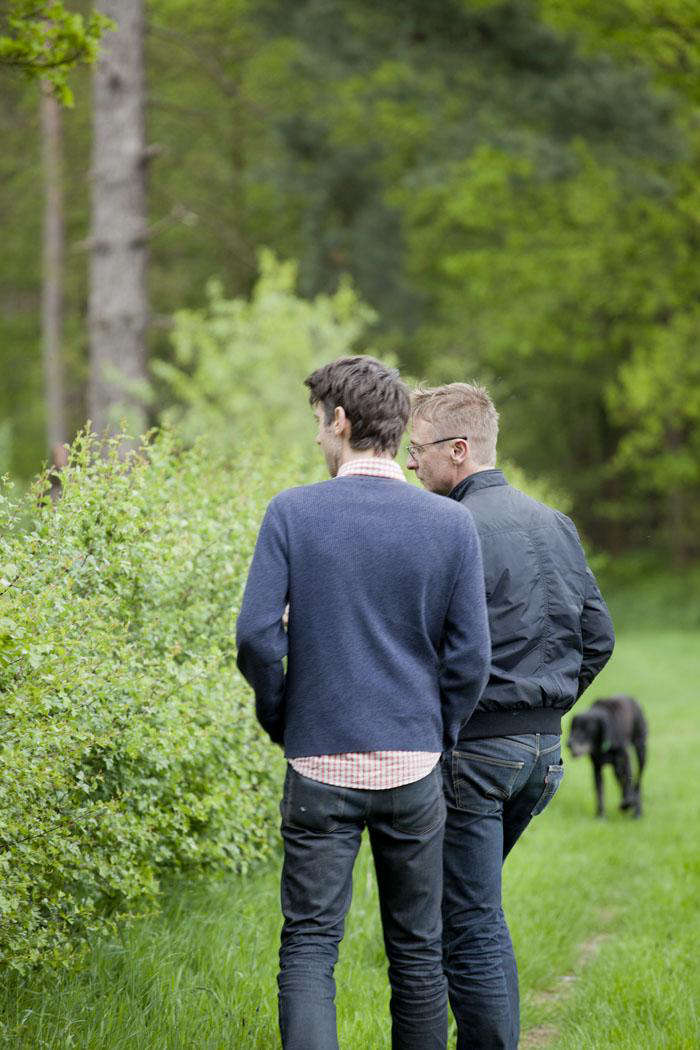 Above: Pieter Croes and Bart HaverKamp at their “holiday house,” where there is no computer. “You can swim in the pond and relax in the garden and there’s plenty of space for outdoor experiments,” says Pieter. 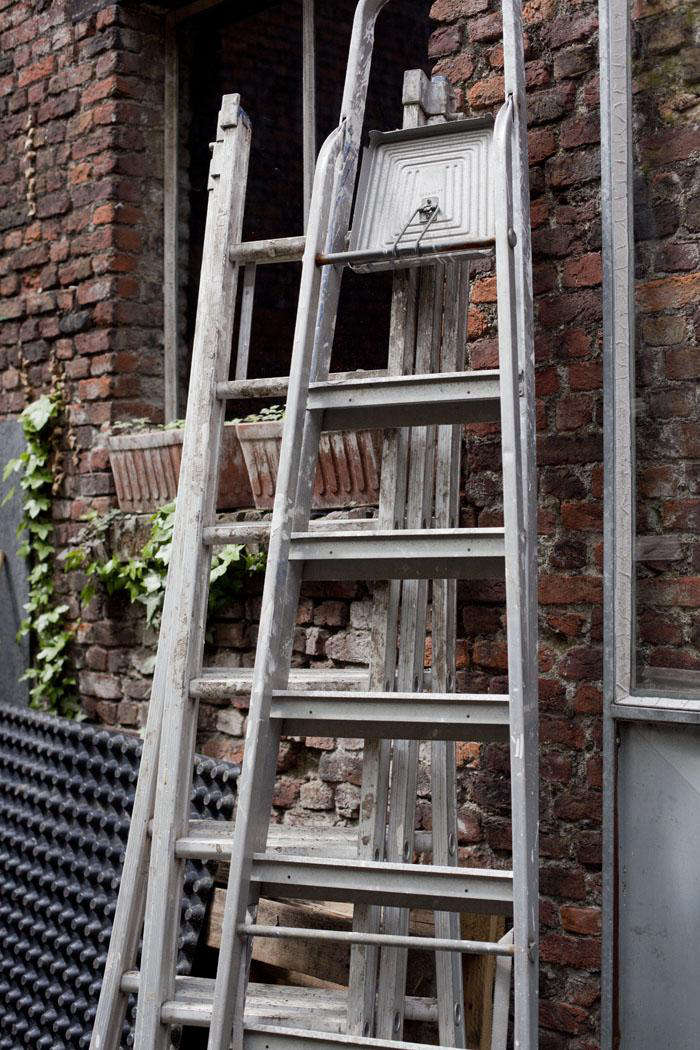 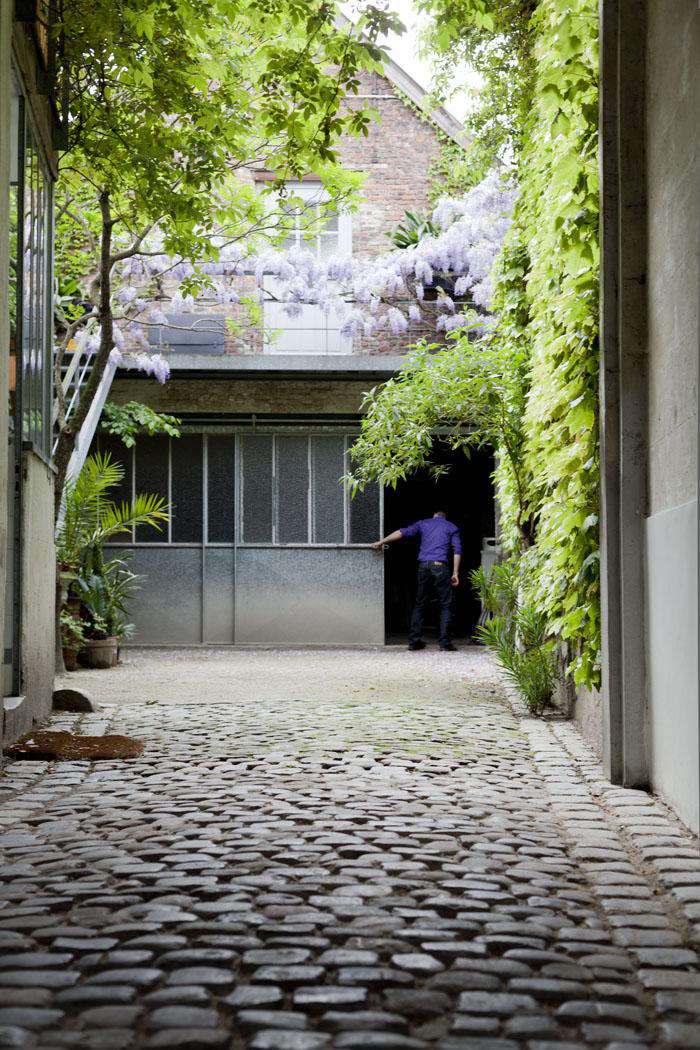 Above: Read about a florist shop in Brussels at Fashion’s Favorite Fleuriste: Thierry Boutemy in Belgium.
For more green city spaces, see Urban Gardens in our Gallery of rooms and spaces.