Celebrity florist Annett Kuhlmann’s stylish Berlin flower shop, Marsano, feels like the inevitable conclusion to a childhood spent picking flowers to make posies to sell on the road in front of her parents’ farm in a small village near Hamburg.

For her current roster of A-list clients, however, grander floral gestures are often in order. From creating curtains of flowers for a recent Dior Haute Couture runway show to procuring 27-foot-tall maple trees for the wedding of a CEO’s daughter, Kuhlmann likes to “break those rules that have been pushed inside of you.”

Trained as a photographer as well as a florist, Kuhlmann arranges flowers with an eye toward scale and proportion as well as with strong ideas about color. Recently Freunde von Freunden writer Sarah Weinknecht visited Kuhlmann at home in the Mitte district in central Berlin, where her small balcony garden was in bloom:

Photography by Anna Rose via Freunde von Freunden except where noted. 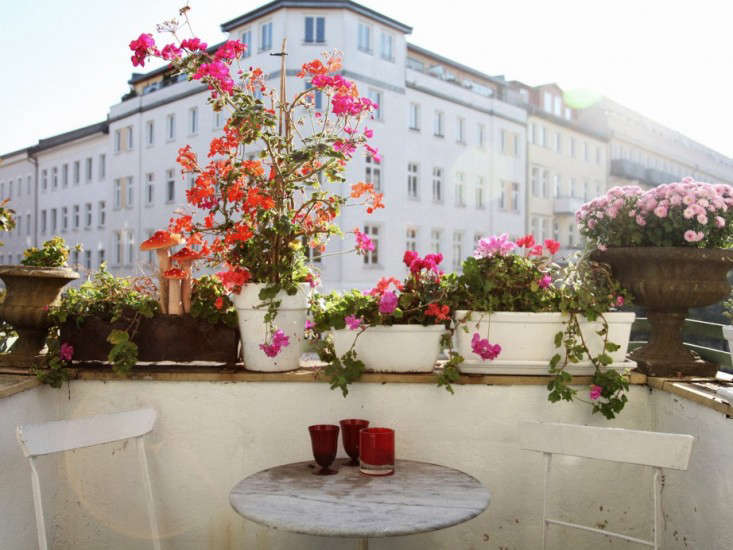 Above: Amid the window boxes and flowering vines on her terrace, Kuhlmann described how the profession of being a florist in Berlin is evolving. “People are beginning to understand that this job is not a simple service but has a lot to do with creativity. This is already the case in places like London and New York,” she says. “I want to surprise my customers and not only do what they had thought about beforehand. 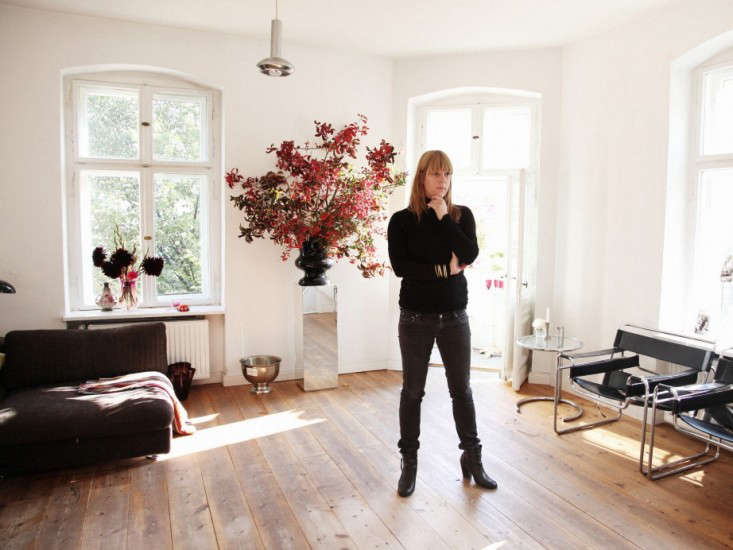 Above: Kuhlmann recently shared flower arranging tips with UK homewares site Urbanara: “Consider what furniture or statement pieces you have and select flowers to either match or contrast their colors and shapes Try to work with high and low proportions in the vases.” 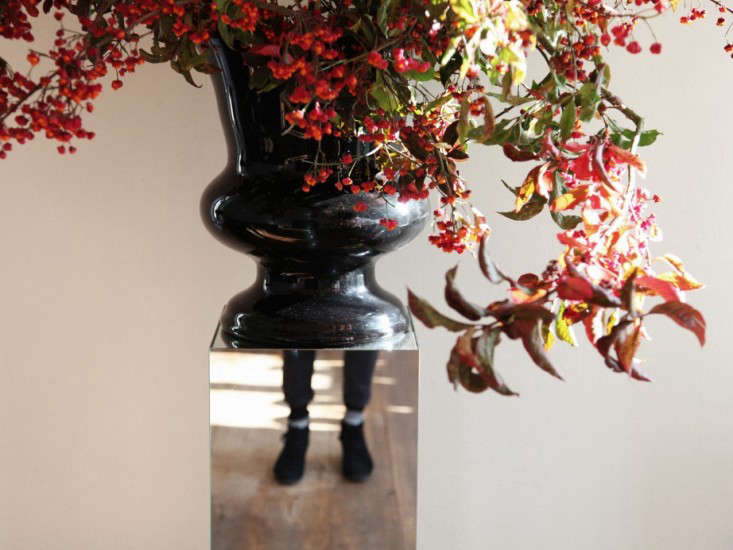 Above: When you’re arranging flowers, “the leaves on the lower portion of the stem should be removed from the cut flower,” says Kuhlmann. “This will help the bouquet stay fresh in the vase for longer.” 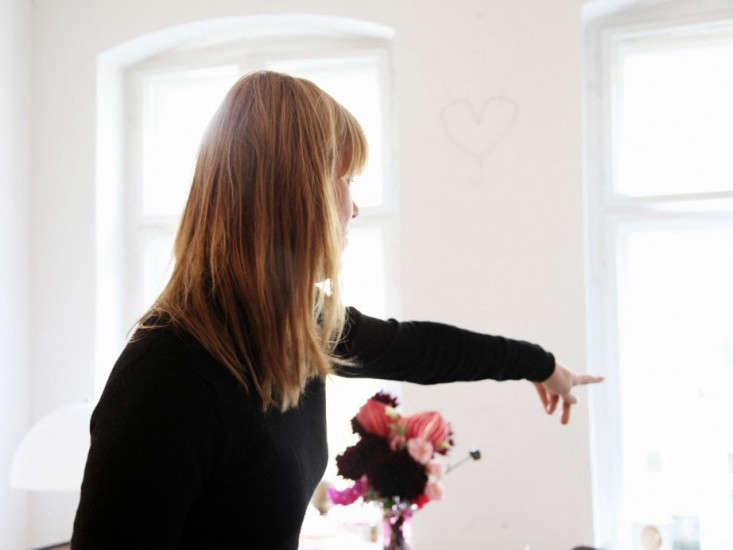 Above: Kuhlmann began her apprenticeship as a florist at Absolute Flowers in London, where owner Hayley Newsteadt taught her about color and form. “Back then, I was still grounded within the German flower apprenticeship. For instance, we would have never used tulips and hyacinths during the summer time,” says Kuhlmann. 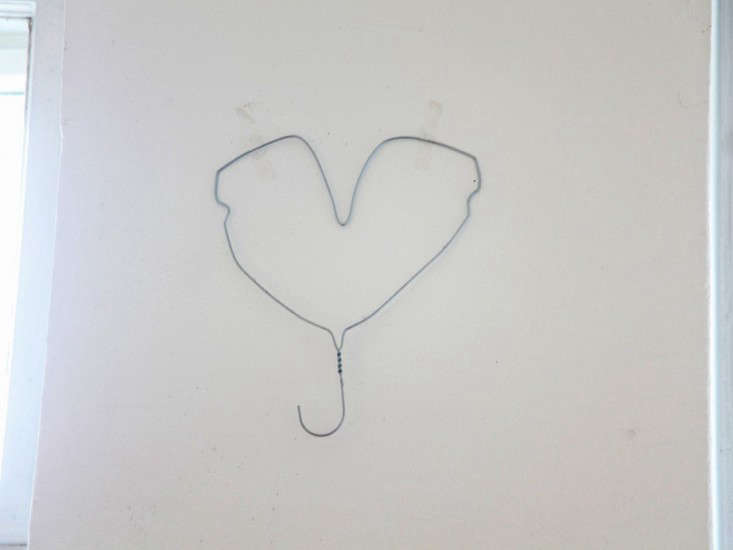 Above: On the wall in her Berlin flat is a wire hanger turned into sculpture. 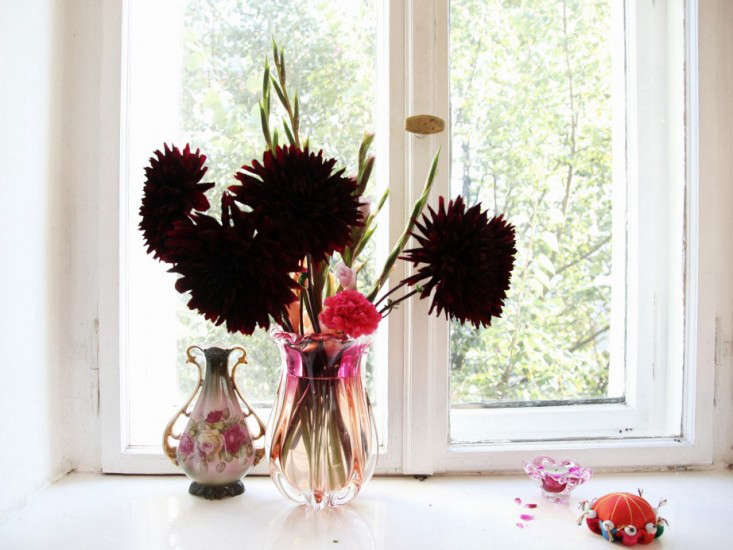 “If one breaks those rules that have been pushed inside of you for so many years, something really wonderful happens… fat, full-blown parrot tulips combined with coral-colored peonies, dahlias, scented English garden roses, pink hydrangeas, and geraniums,” says Kuhlmann. 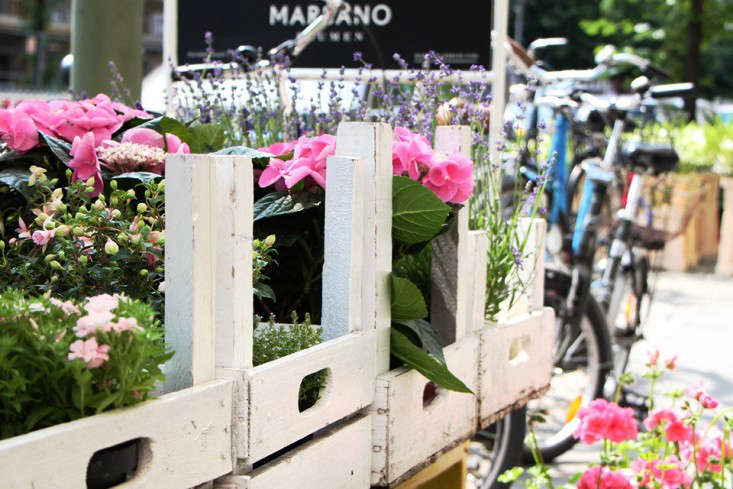 Kuhlmann founded Marsano with two business partners in 2006; at the shop in Prenzlauer Berg, employees are encouraged to work a 40-hour week in four days (rather than five) so they can find time to pursue their passions. Kuhlmann follows the same schedule, reserving Friday for her photography: “I really stick to that,” she says. 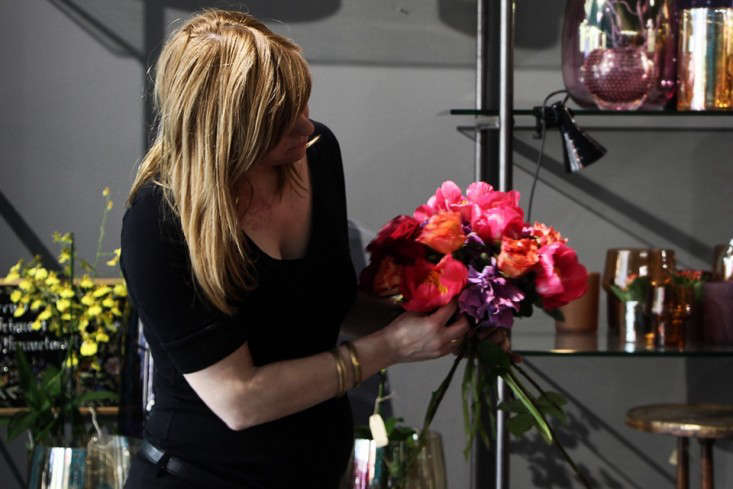 “I actually hate flower photography! Besides the pictures of Robert Mapplethorpe and a few others, it is so cliché,” says Kuhlmann. 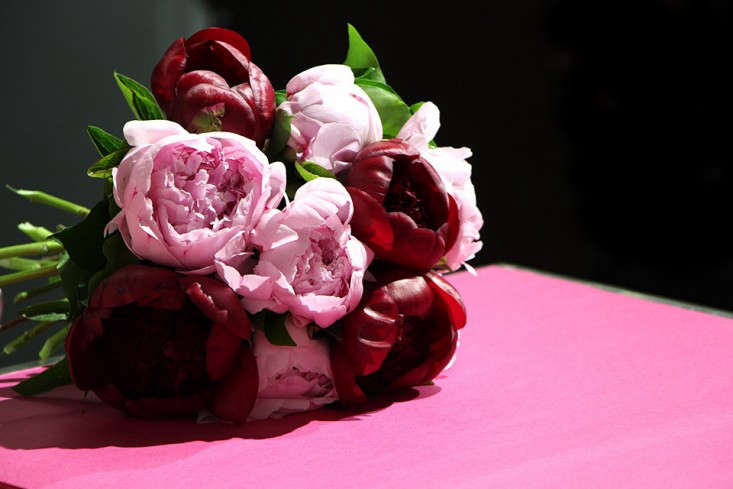 Above: A bouquet of peonies. Photograph via Urbanara.

That said, she recently shot a Polaroid series of bouquets that celebrities send to each other. 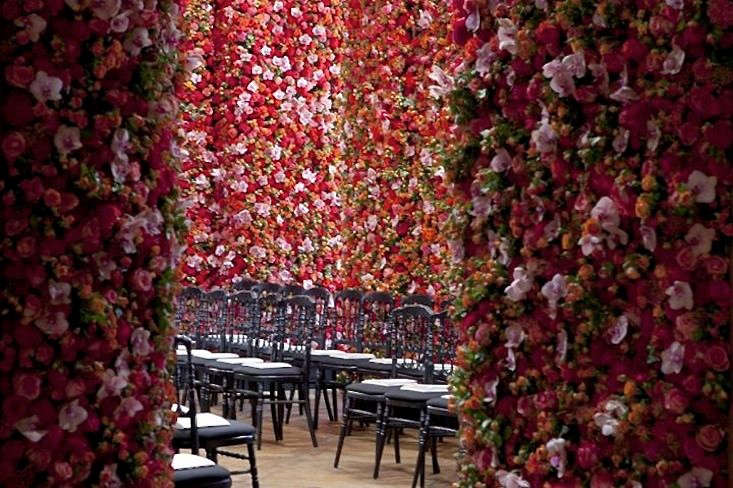 Above: Curtains of flowers for Dior’s Fashion Week runway show in 2012. Photograph via Dior. 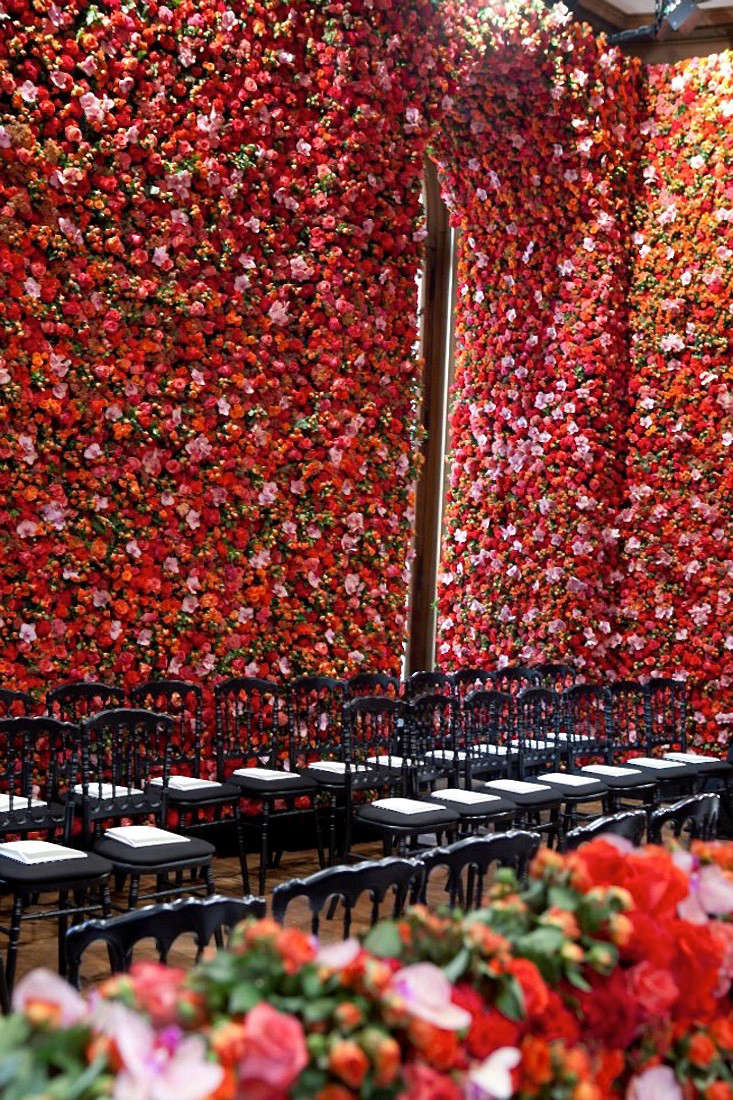 Above: Photograph via Shaadi Curry.

At Dior’s runway show, the walls are covered in peonies, dahlias, carnations, roses, delphiniums, and goldenrod. 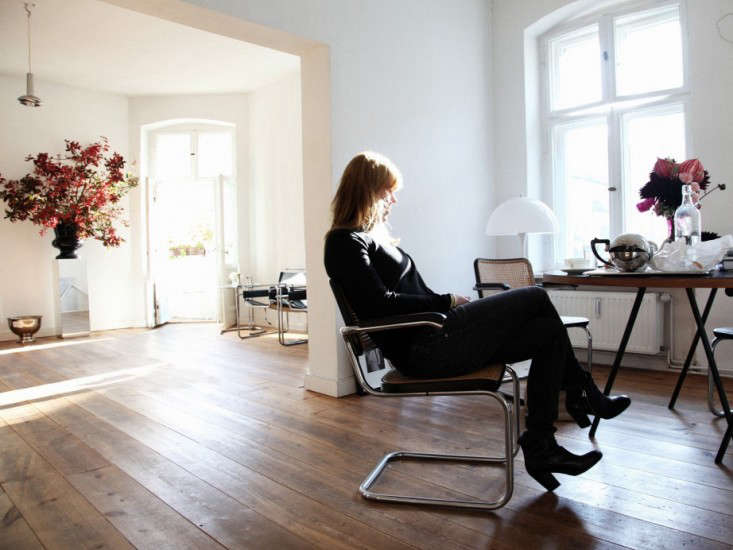 Above: “It’s quite fantastic. In here, every flower possesses a personal language and a place to unfold,” says Kuhlmann.

For more of our favorite florists, see:

Color Theory: Stackable Outdoor Furniture from the South of France