The typical rectangular raised bed is a space hog that tends to dominate a garden. The other day I ran across a stylish alternative–painted livestock water troughs. Here’s how to get the same look:

Photography by Marla Aufmuth for Gardenista. 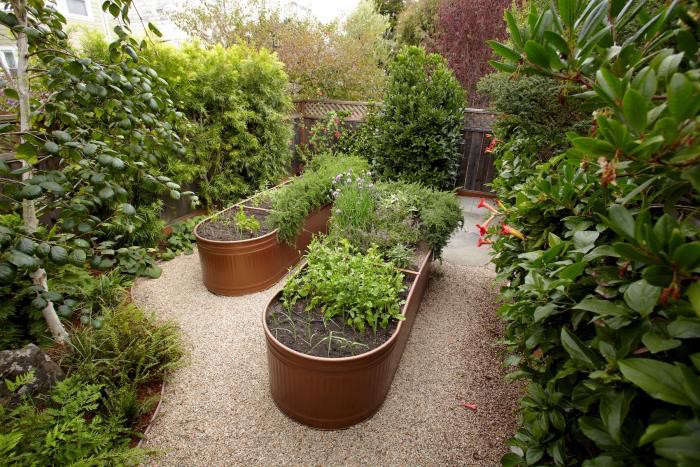 Above: The raised beds, seen in the distance beyond a trellis, look like large decorative planters when viewed from the house. Photograph by Marla Aufmuth for Gardenista.

Two troughs with a small footprint–each is 2 feet wide and 6 feet long–sit side by side in the yard behind a San Francisco row house in a garden created by designer Katey Mulligan. At a height of 24 inches, each trough provides a luxurious depth of soil to promote root growth of vegetables and herbs. 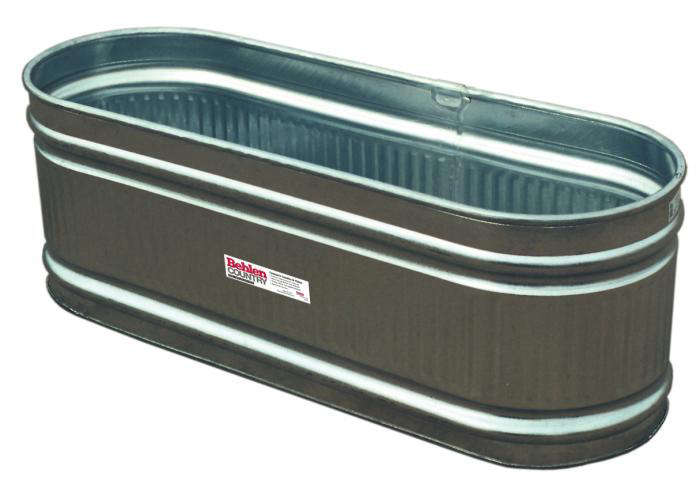 Above: The homeowner purchased the water troughs from a farm supply store in Santa Rosa, California. A similar 123-Gallon Galvanized Round End Tank is available from Amazon for $301.99. 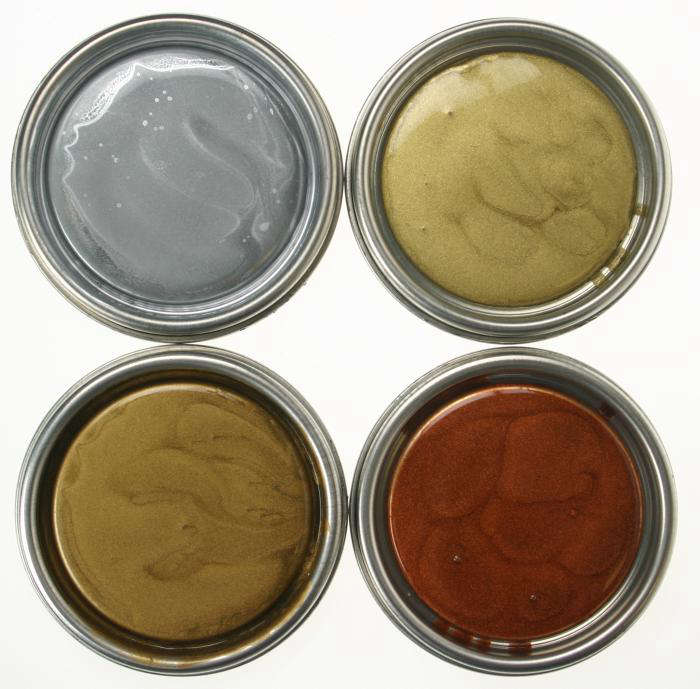 Above: The homeowner painted the galvanized tanks with a metallic exterior paint. For UK gardeners, Polyvine Metallic Acrylic Paint is available in six colors from Wrights of Lymm for £21.85 a liter. For US gardeners, Studio Finishes Molten Metallics paint, also in six colors, is available from Benjamin Moore for $22.95 a quart. 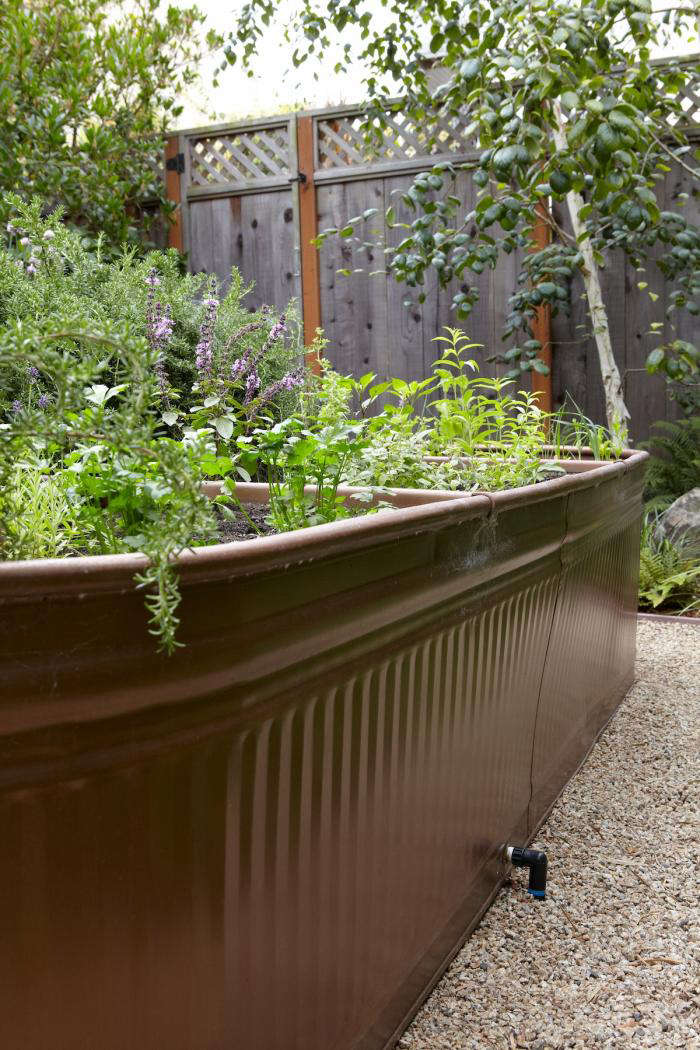 Above: Photography by Marla Aufmuth for Gardenista.

The homeowner drilled drainage holes in the bottom before setting the troughs in gravel. The plug was removed from each trough’s side drain hole so the irrigation system’s hose could be attached. 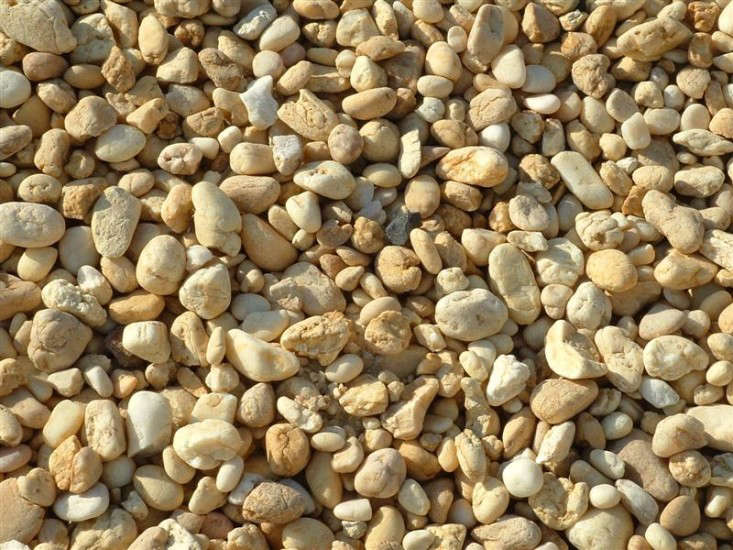 Above: Washed Gravel (L) is available in a variety of colors and sizes; one ton will cover approximately 100 square feet at a depth of two inches. For more information, see NJ Gravel & Sand. For information about irrigation kits and supplies (R), see Irrigation Direct. 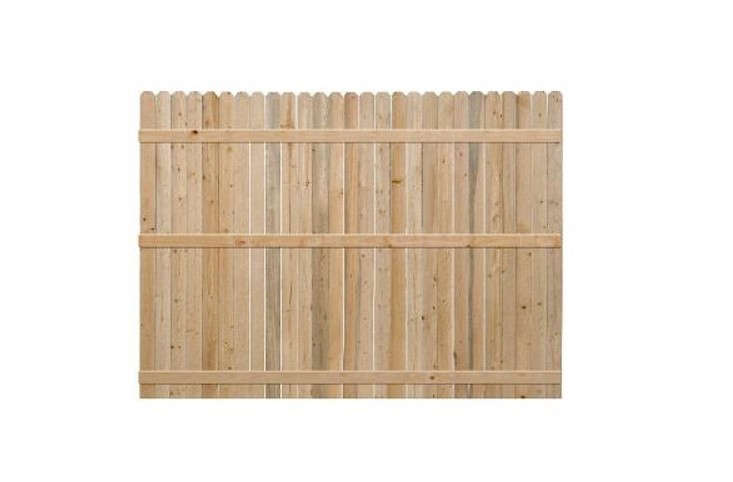 Above: For pre-made fence panels, see our most recent Fences & Gates posts. 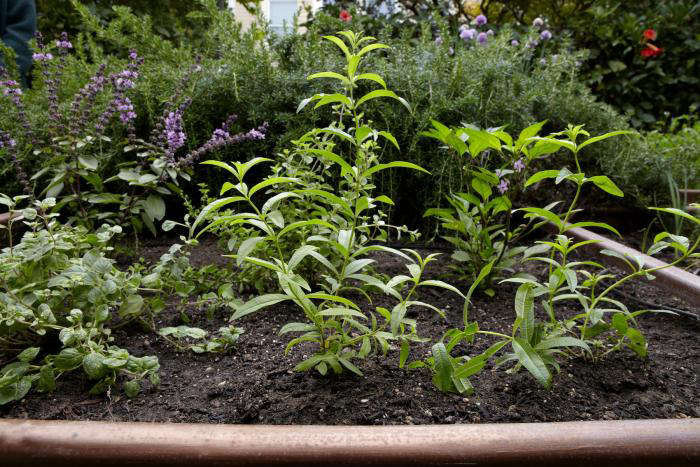 Above: Photograph by Marla Aufmuth for Gardenista.

At the bottom of each trough is a layer of gravel for drainage, topped by soil cloth to prevent soil from washing away. The soil is a comfortable 22 inches deep, allowing the homeowner to “crowd” plants at the surface because their roots have plenty of space to grow vertically. The beds are planted with a mix of arugula, sage, rosemary, oregano, and other herbs. For seeds, see Johnny’s Seeds. 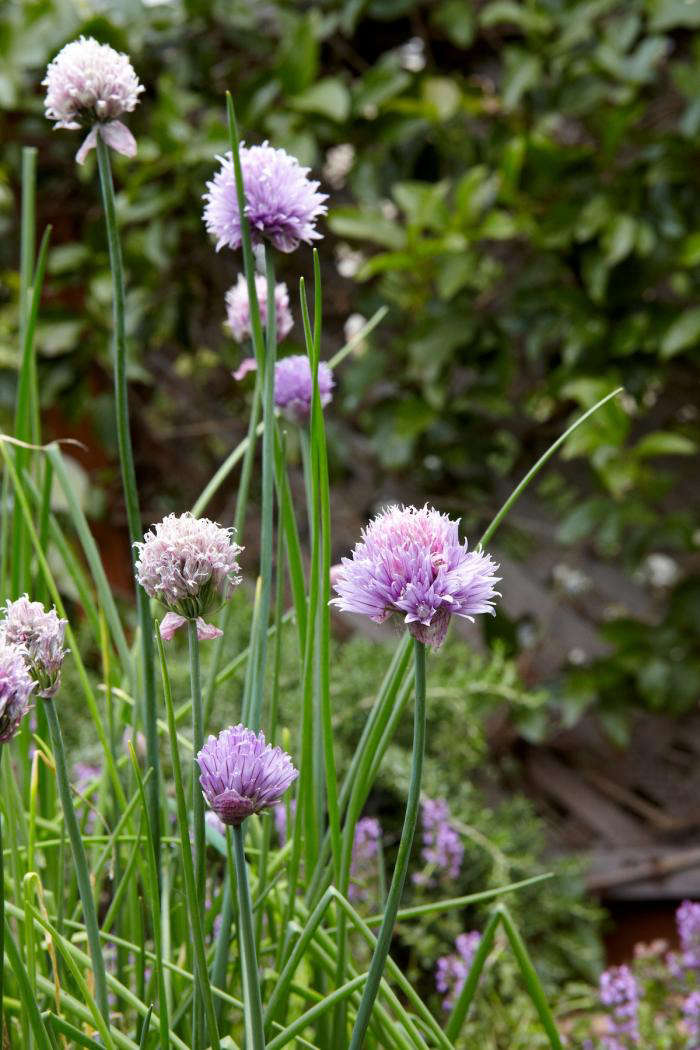 Above: Photograph by Marla Aufmuth for Gardenista.

Chives thrive in a raised bed; a packet of Fine Leaf Chive seeds is $3.95 from Johnny’s Seeds.

For more advice on small-scale gardening, read Subdividing a Small City Backyard to Make it Bigger.

Designer Visit: The Black and Green Garden of Chris Moss

Your First Garden: The Easiest Vegetables to Grow