When I moved from a big, rambling East Coast house to Northern California a decade ago, I was shocked by how small West Coast houses were in comparison. Then it dawned on me: California practically invented the idea of blurring the boundaries between indoors and outdoors, effectively doubling the living space. Here’s how to do the same at your house:

Good architecture helps, of course. Ideally a kitchen opens onto a sunny deck. But even without that luxury, you can “add” an extra room onto the house (at least during the warm months) by creating a seamless transition from indoors to out. We admire the way that Australia-based Design of Wonder followed a simple plan–involving a unified palette of black and white and the repetition of a striped pattern–to make the transition between kitchen and terrace feel effortless in an updated Edwardian house.

Above: In the middle of a wall of glass, black metal French doors swing open wide to bring the outdoors inside. There is no visible threshold or change in grade to remind anyone that there are two distinct spaces. Photograph by Richard Powers via Wonder. 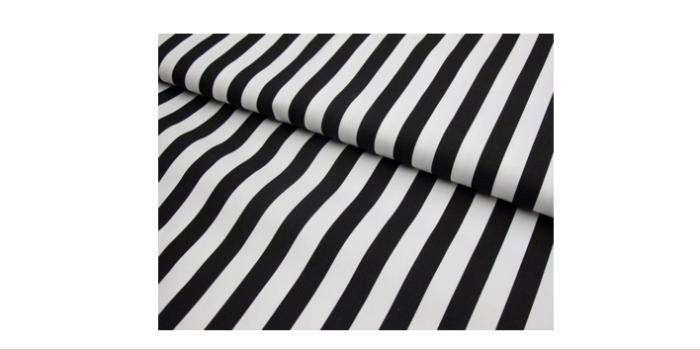 Above: Your eye goes to a bold pattern first–in this case, a simple black and white stripe repeated indoors and out to link the two spaces visually. Make an awning from Sunbrella Awning Fabric. 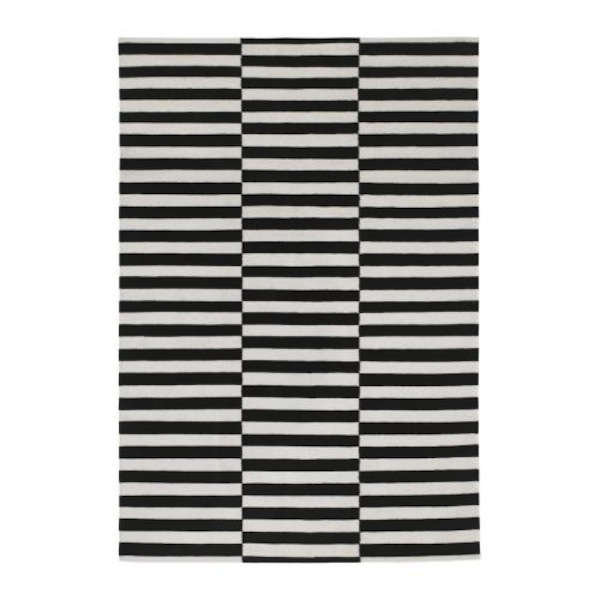 Above: A flat woven Stockholm Rand Rug measures approximately 8 by 6 feet and is on sale for $199 from Ikea. For a similar look, a Black and White Versa rug from Madelline Weinrub comes in a range of sizes, including 8 by 10 feet; for pricing and more information, see Madeline Weinrub. 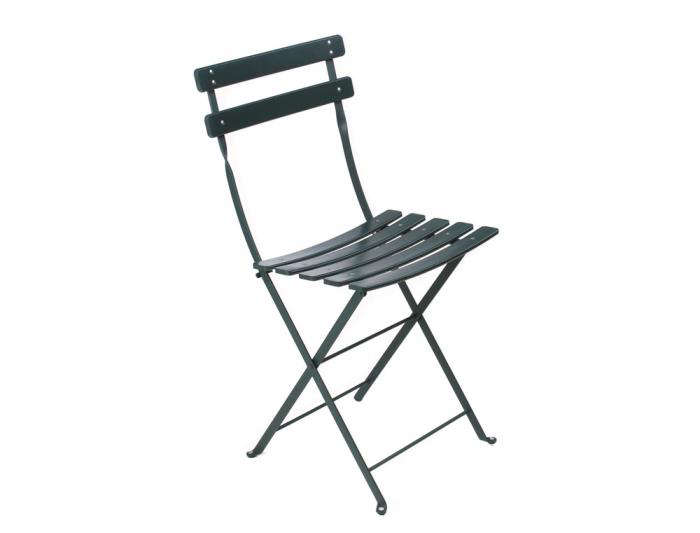 Above: More repetition: chairs in both the outdoor and indoor spaces are black. A similar folding bistro chair is the Classic Chair by Fermob; for pricing and more information, see Fermob. 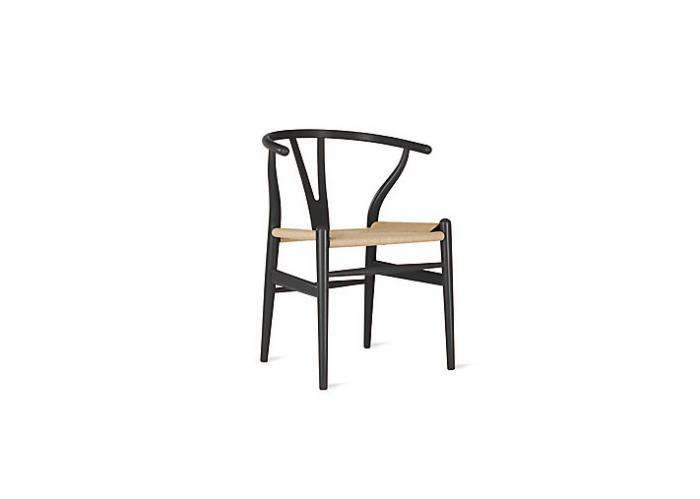 Above: Danish designer Hans Wegner’s Wishbone Chair with a handwoven paper cord seat is $599 from Design Within Reach. 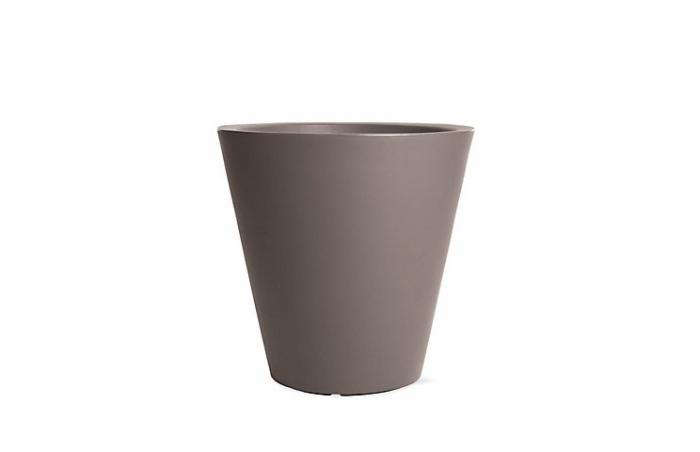 Above: Against all that black and white, a backdrop of solid green is soothing. Fast-growing vine –such as passionflower, jasmine, or ivy, depending on your climate–can cover a fence as thickly as a coat of paint. To get the same look against the house, plant vines in neutral-colored planters such as a Taupe New Pot 70; it’s $350 from Design Within Reach. 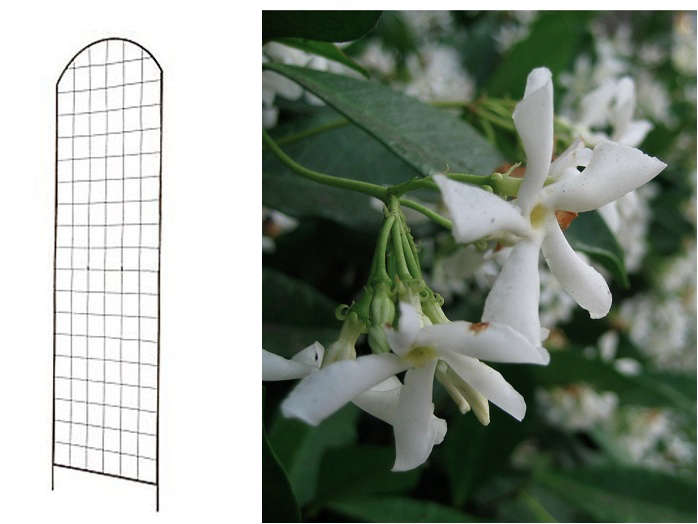 Above: An 84-inch-high tubular steel Jardin Flower Trellis (L) is $79.95 from Gardeners. For a white-flowering vine with a lovely scent, consider Azores Jasmine; the plants are $12.95 apiece if you buy two or more from Logee’s. Photograph (R) by Svanes via Flickr. 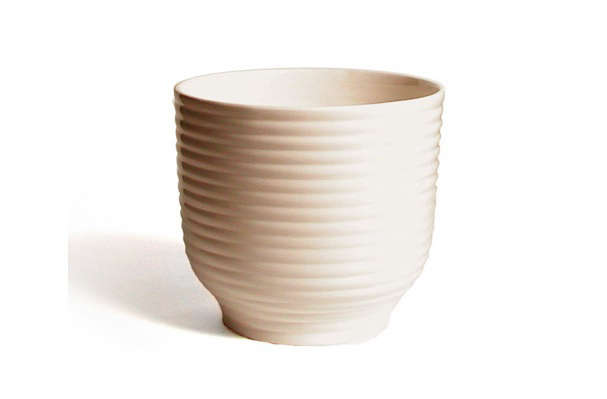 Above: Echo the greenery indoors with a house plant in a white pot. A 12-Inch Jardiniere from Bauer Pottery is $150.

$350.00 USD from Design Within Reach
Sunbrella

21 Best Ways to Create a Black and White Garden

Garden Visit: Emily Thompson Explores Her Dark Side at a Brooklyn Heights Townhouse