The secret to getting vines to grow against a wall—and to taming them to grow in the right direction—is to build them scaffolding. To recreate the look at designer Neisha Crosland’s house, you just need a few inexpensive hardware store items:

Photographs by Christine Hanway for Gardenista. 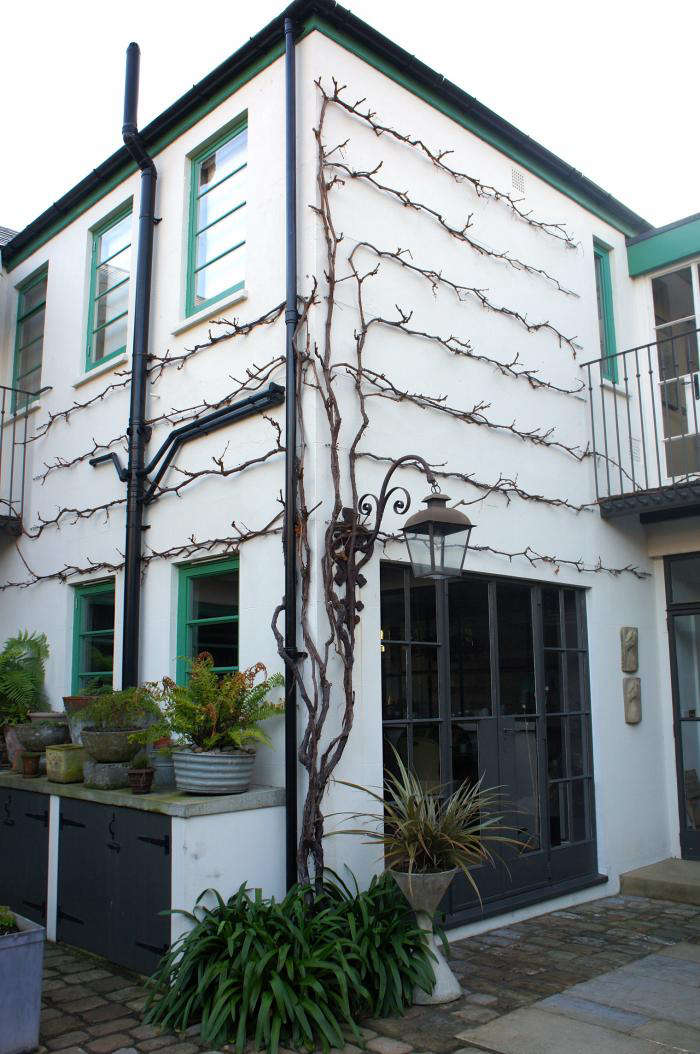 Above: Crosland created a grid system of support on the walls of her house like a large-scale vertical garden kit, giving the vines a clear idea of what was expected of them. To see how vines can act as structural support for other plants, see the Hotel Raphael in Rome. 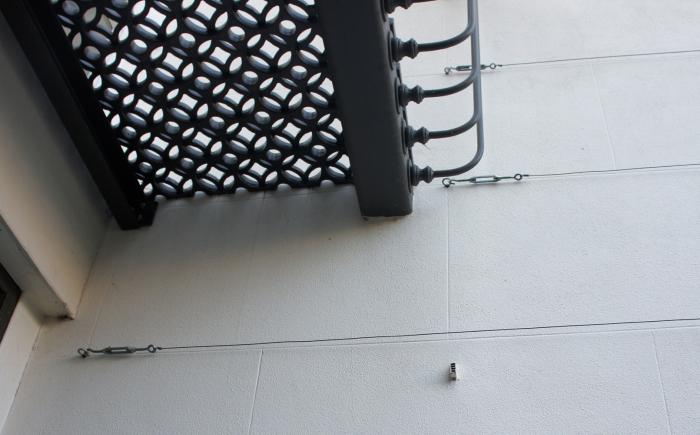 Above: The three major components of the system are lag eye bolts, a turnbuckles, and steel cable. 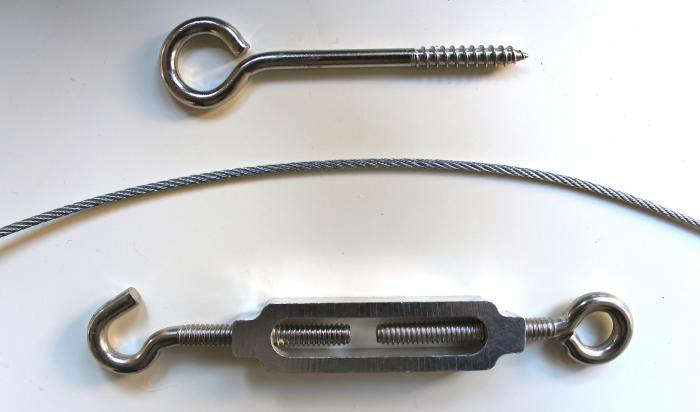 Above: To build a similar grid, use inexpensive components that are widely available at hardware stores or online from Sears, such as 3.75-inch-long stainless steel Lag Eye Bolts (Top) for $1.99 apiece; Stainless Steel Cable for $62 for a 125-foot roll, and Stainless Steel Turnbuckles for $24.05 for a package of ten. 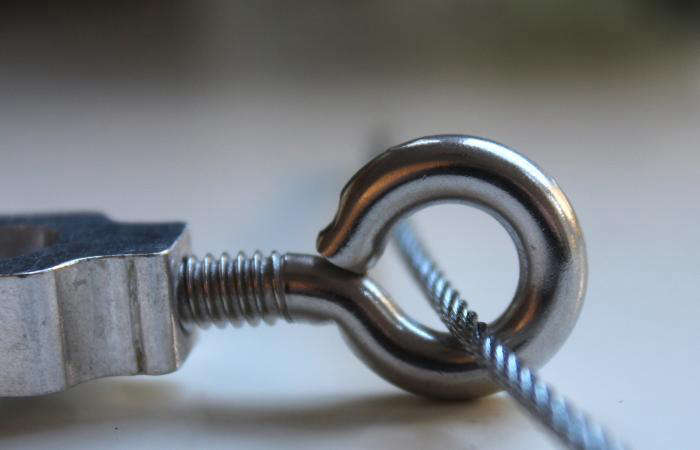 Above: After measuring and marking the shape of the grid on the wall, drill holes, using a drill bit the same diameter as the solid body of the lag eye bolts Screw in the lag eye bolts. Hook one end of a turnbuckle to a bolt and thread the cable through the other end, twisting cable to fasten it securely. (N.B.: Once you’ve got the support system in place, try adding to your facade with a DIY vertical garden kit.) 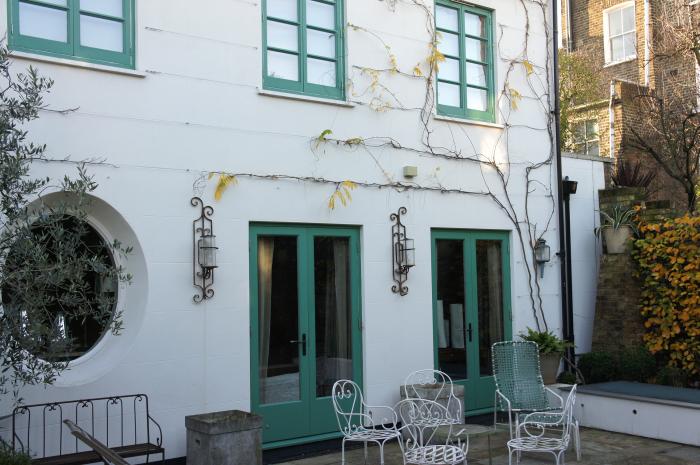 Finally, get more ideas on how to plant, grow, and care for various vines and climbers with our Vines & Climbers: A Field Guide.

Linen Wrapped Pots for All Your House Plants