We don’t want the flowers in the front hallway to look stiff and self-conscious, as if they’re posing for a painting called Still Life with Peonies.

But we definitely want peonies in the hall. And in the living room, and on the nightstand, and in a vase on the ledge above the bathroom sink–and anywhere else our eye might fall. God, we love peonies. So does Nicolette Owen, a Brooklyn floral designer who teaches classes at the Little Flower School, which she co-founded nearly three years ago with partner Sarah Ryhanen. Somehow Ms. Owen manages to make peonies look natural and relaxed, rather than like preening beauties trying to catch a glimpse of their reflection in a shop window. With peony season fast approaching, she agreed to share her trade secrets. 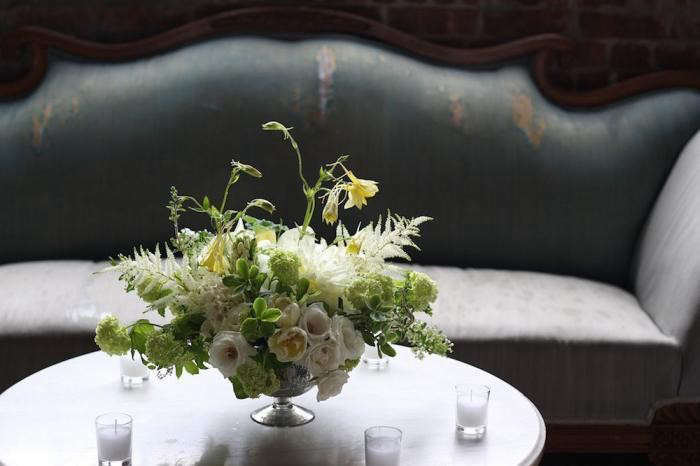 Above: “You’re kind of creating a little landscape,” says Owen, a fourth-generation gardener whose great-grandfather was a dahlia farmer. Lesson one at flower school: Mix two or three shapes in an arrangement. To offset the showiness of peonies, combine them with something leafy–ferns, perhaps–and something wispy. 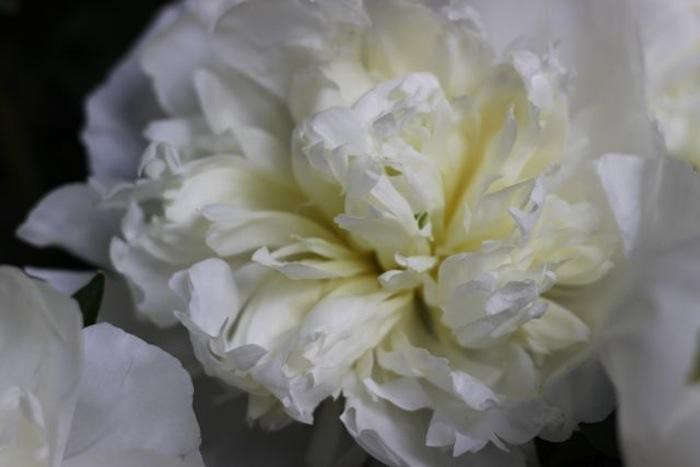 Above: In the garden, cut peony buds before they’ve opened fully, but after they’ve started to crack. (For a white peony, try Paeonia ‘Bowl of Cream’; it’s $31.95 at White Flower Farm.) “The more foliage you strip off before you put them in water, the more the water will hydrate the flower heads and cause them to open quickly,” Owen says. 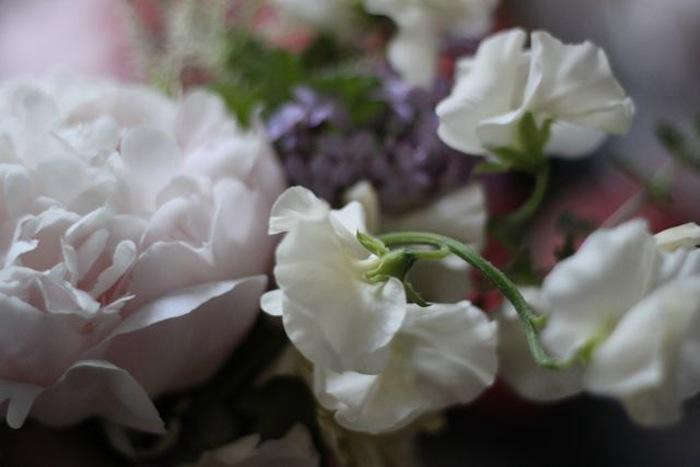 Above: Don’t be afraid to cut some stems short and to leave others tall, to create a layered look. 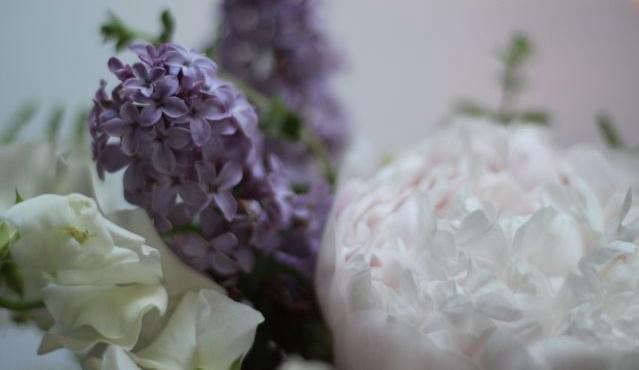 Above: Use a flower frog in the base of a vase, to hold stems steady. “Alternatively, a little ball of chicken wire will work,” Owen says. Or use Double-Sided Waterproof Floral Tape, to make a crisscross support grid on the surface of a shallow bowl. A roll is $8.95 at The Cutting Garden. 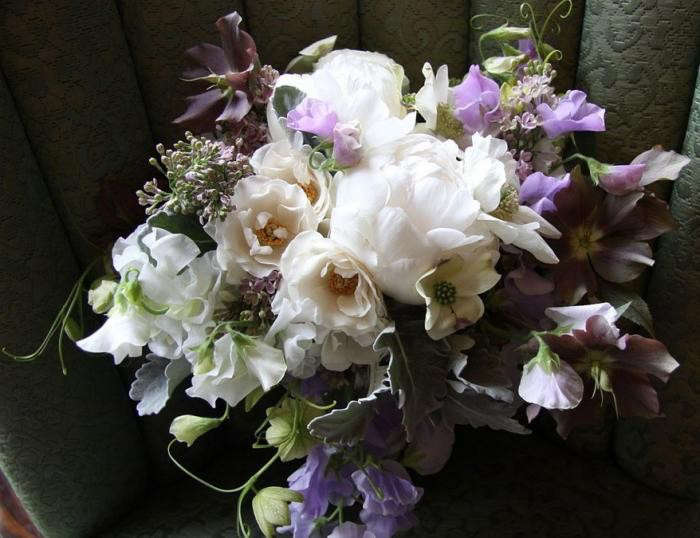 Above: For more of Ms. Owen’s peonies (and other arrangements), see Bringing Nature Home, a new book by photographer Ngoc Minh Ngo.

In collaboration with: Steal This Look: Edible Gardens from Agrarian