In today’s atmosphere of increasing environmental awareness, one can find any number of manuals for the would-be eco-MacGyver looking to whip up natural alternatives to harsh chemicals. One of the most popular: homemade weed killer.

Often touted as the “natural” answer to Roundup, DIY herbicides appeal to those of us who are looking for a quick and easy alternative to commercial weed killers, which can contaminate our soil or groundwater–and harm wildlife, beneficial insects and pollinators, and even ourselves.

But are at-home alternatives necessarily better for Mother Earth? Today we take a critical look at pros and cons of homemade weed killers–and how they stack up against Roundup.

What is Homemade Weed Killer? 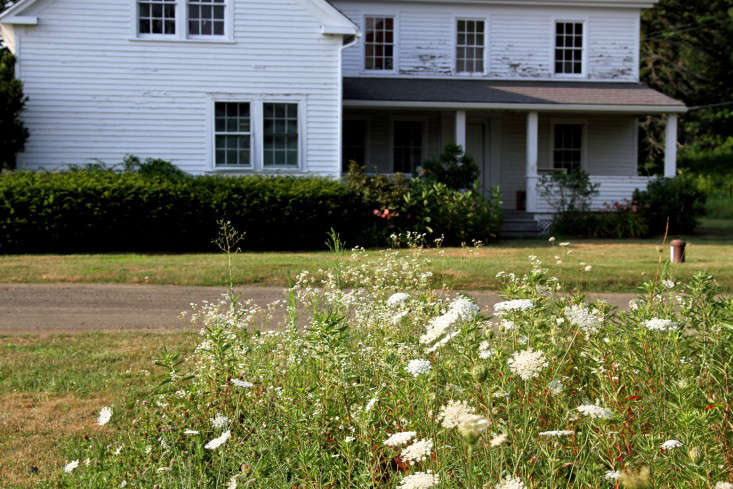 Because it’s the Internet, folks, there are about as many variations of homemade weed killer recipes out there as there are varieties of weeds to kill. Most involve some combination of vinegar, salt, and/or soap–ingredients you’re likely to have on hand (is your inner MacGyver beginning to get excited?) and relatively cheap. But are they as effective as commercial weeds killers and are they more environmentally safe? Let’s take a closer look. 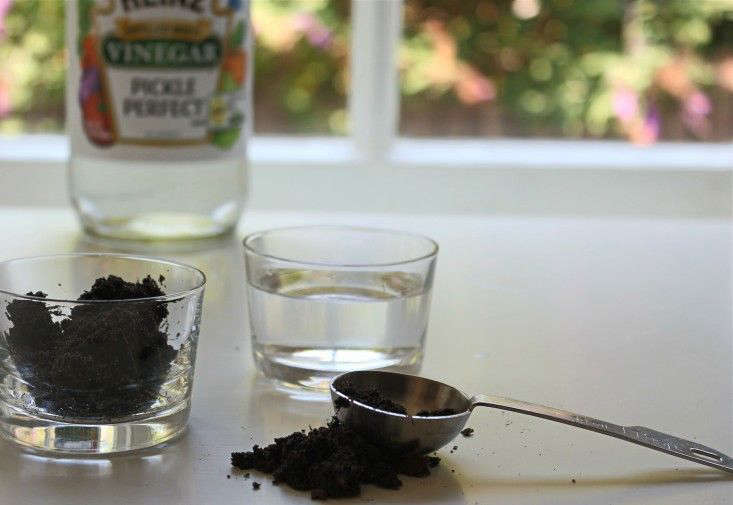 Above: The active ingredient in vinegar is acetic acid. Household vinegar has an acetic acid concentration of about 5 percent. Photograph by Michelle Slatalla

How it works: Acetic acid is a desiccant, meaning that when sprayed on the surface of a plant, it draws moisture out of the leaves, killing the top growth.

Effectiveness: Household vinegar has been demonstrated to effectively kill some invasive plants such as Canada thistle, as well as other weeds, particularly young weeds. Because it kills only the top of the plant, vinegar is less effective on perennials and more mature weeds, which have a more robust and developed root system. In other words, your dandelions, with their hardy taproots, may be back next year.

Multiple applications can work on tougher weeds. Stronger concentrations of vinegar are also available, especially at garden centers where they are shelved along with other “organic” herbicides. Note, however that the more concentrated the acetic acid, the more toxic it is if accidentally ingested or if it gets in your eyes. Wear protective gear and make sure you don’t mix these up with your kitchen vinegar! See Pesticides for a comprehensive article on using vinegar as an herbicide.

Environmental impact: Acetic acid will affect the pH balance of your soil, which could be good or bad depending on the plant. (Evergreens, dogwoods, rhododendrons, and hydrangeas love acidic soil, for example.) But because acetic acid breaks down easily in water, this effect is brief (a few days to months depending on the concentration). 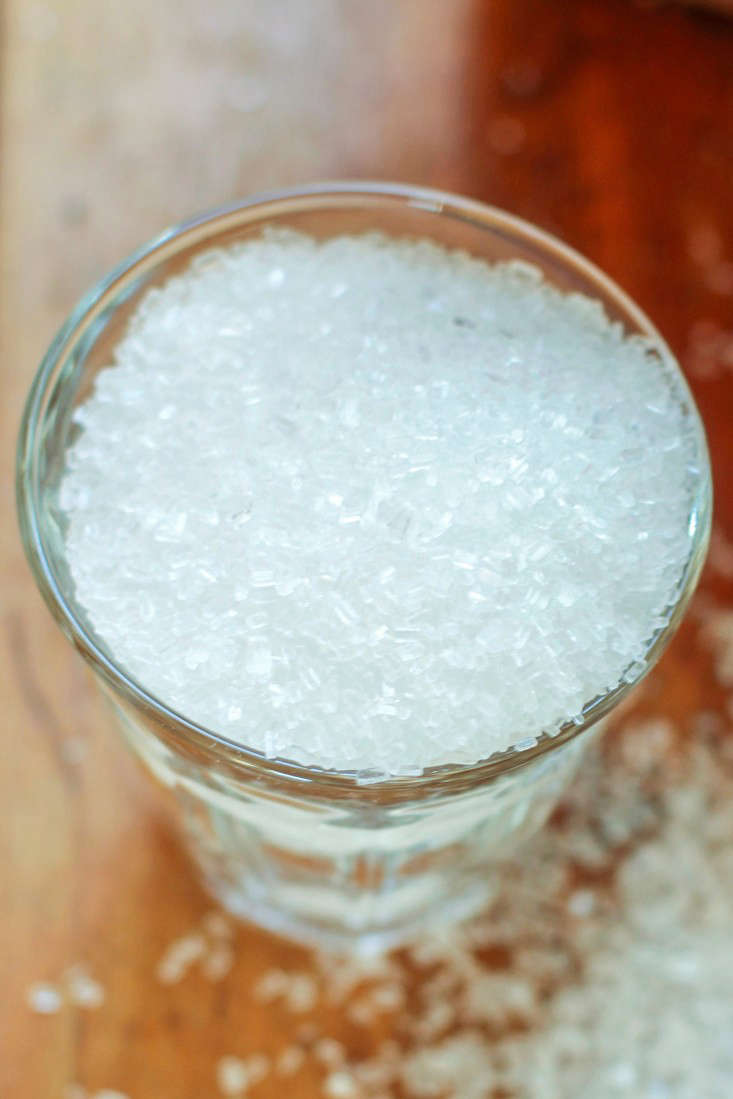 Above: Table salt is sodium chloride. Photograph by Rob Co for Gardenista..

How it works: Like vinegar, salt is a desiccant.

Effectiveness: Salt is often added to homemade herbicide recipes because it kills some plants that vinegar doesn’t.

Environmental impact: The Garden Counselor has a lengthy article comparing the efficacy of various home made recipes. This online resource cautions against using salt, because, unlike vinegar, it negatively affects your soil for longer and can affect the roots of other nearby plants. 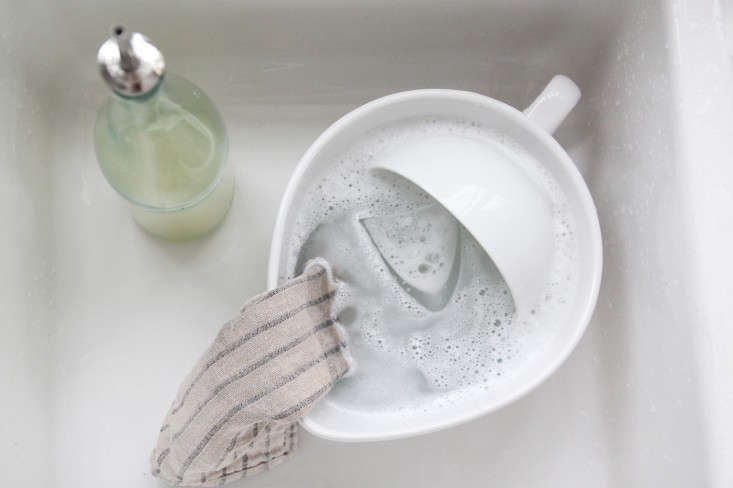 Above: Dish soap is a common ingredient in homemade weed killers. Photograph by Justine Hand.

How it works:  Soap is a “surfactant,” meaning it increases the spread of vinegar or salt onto a weed’s leaves. It also can increase the absorption of desiccants because it can break down any waxy surfaces that many protect leaves.

Effectiveness: Again according to The Garden Counselor, a small amount, 1 ounce per gallon, of the most effective soap, liquid dish detergent, is sufficient.

Let’s Compare These to Roundup 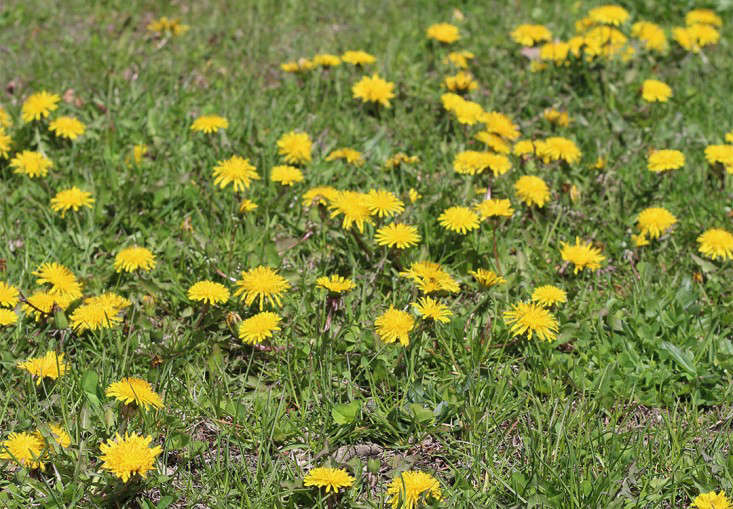 How Roundup works: Unlike vinegar or salt, which are topical, glyphosate is systemic. That means it is absorbed into, and travels throughout, the whole plant, even down to the roots.

Effectiveness: It is often more effective on mature and perennial weeds with robust root systems. But beware, because it is systemic, if a little drop gets onto another plant, Roundup will kill this too. (A stray drop of vinegar on a desirable neighboring plant will cause some browning, but probably not kill it.)

Environmental impact: As you might imagine, there are two camps on this.

An article by Weed Control Freaks, a self-described group of “Wyoming Weed Scientists,” analyzed the relative mammalian toxicity values of vinegar, salt, and glyphosate (a.k.a. how much of each chemical would result in a 50% kill rate for rats and rabbits). By this comparison it takes more glyphosate to kill a lot of rats and rabbits, which results in a lower toxicity value. Their main point was that in large doses almost any chemical can be considered toxic, while in the small amounts (like you might use in your garden) the toxicity of Roundup is negligible.

Furthermore, the Weed Control Freaks study pointed out that if you are trying not to use Roundup because it is owned by Monsanto, you should be aware that many commercial vinegars are made from corn which has been genetically modified and treated with, you guessed it, glyphosate. In other words, if you want to your DIY herbicide to be truly good for Mother Earth, you need to use an organic, non-GMO-verified vinegar in your recipe.

However, the Weed Control Freaks article did not address the potential toxicity of glyphosate on insects, particularly bees. According to a study published by The National Company of Biotechnology Information, “field-realistic” doses of glyphosate, “has longterm negative consequences on [honeybee] colony performances.” Another study by Environmental Health Perspectives determined that glyphosate is “toxic to human placental cells.” For me, the nail in the coffin for Roundup was this article by GMO Awareness, which sites many studies linking the herbicide to tumors and higher birth defects, not to mention the creation of glyphosate-resistant, super weeds. The EPA is currently conducting studies that test the toxicity and efficacy of highly concentrated vinegar as an agricultural herbicide. 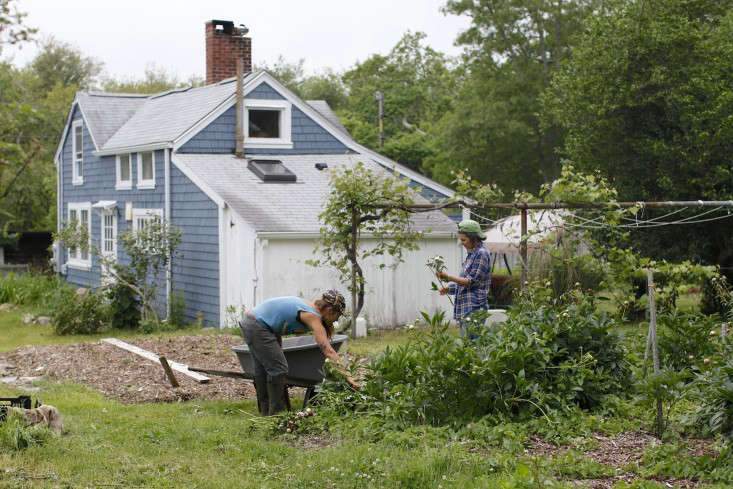 Above: Making your own “natural” weed killer is not as simple as grabbing a few items from your kitchen. Take your time and do the research. Photograph by Christine Chitnis for Gardenista.

In the end it boils down to your own priorities. If time is most important to you, then using vinegar or salt in small doses seems to be relatively safe, particularly in areas such as a driveway where you are never going to plant anything and there is no risk of affecting nearby plants. Personally, though some studies show that glyphosate in small doses is safe, I still don’t feel comfortable using herbicides that, when used in wide-scale agriculture, are toxic. If I had to choose, I would opt for an organic, non-GMO vinegar and soap solution over glyphosate.

But, if you really want to be 100 percent environmentally safe, nothing beats good old-fashioned, hands-on labor. Invest in the right tools, get down on your knees, and dig up your weeds–roots and all. (See Landscaping 101: A Garden Arsenal to Fight Weeds.) Afterward, apply a smothering layer of mulch in between your desirable plants. Then thank your weeds for affording you the opportunity for some good, meditative exercise, or at least just plain exercise, and relish the chance to be outdoors. 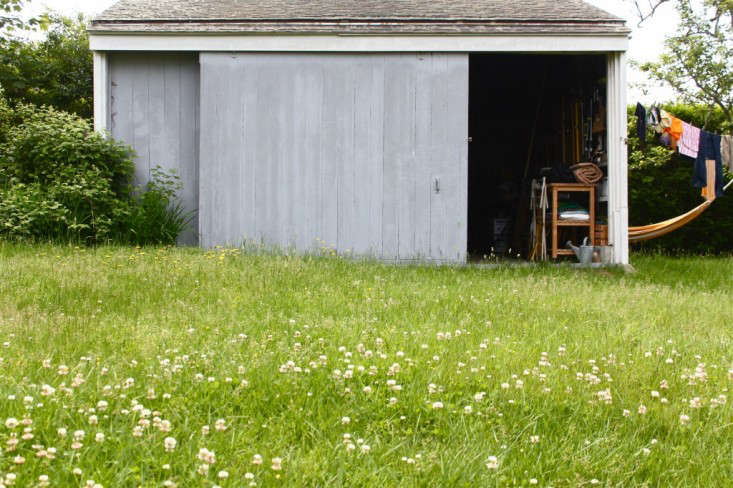 Above: A clover and dandelion lawn has its own beauty. Photograph by Justine Hand.

Expert Advice: 10 Tips to Get Your Garden Ready for Spring

Located on a jaw-dropping 36-acre parcel of oceanf