True, my garden has gotten a little overgrown. Renovating a house and moving across the country have been distracting. I suppose the flower beds are sort of weedy. But I wouldn’t say I’m envious of my neighbor Susan—the one with the great garden—or of the huge bruise-purple hydrangeas she’s growing. I like of think the emotion her success inspires in me is “admiration.” Especially since she so generously offered, after she came by the other day, to let me in on her greatest secret: 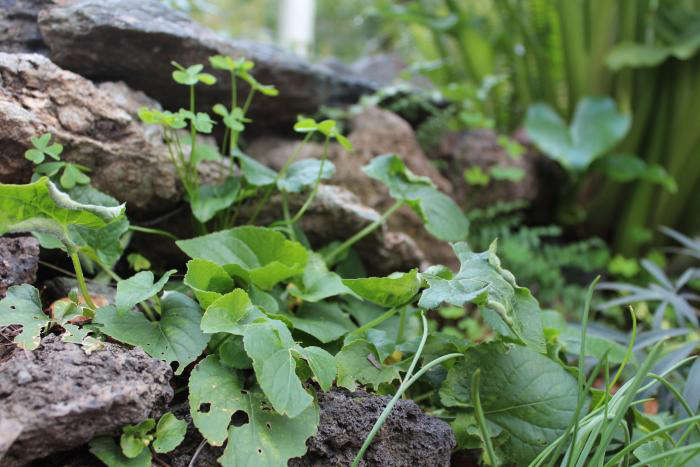 “Mango mulch,” she said, leaning over the gate to add in a low, conspiratorial tone, “and I can hook you up.” It turns out that Susan knows a guy with a special blend, and every year he pitchforks a load of the precious dark stuff onto her garden.

I spent the rest of the week averting my eyes from the weeds and fantasizing about how the mulch was going to turn things around for me. Monster hydrangeas! I imagined how Susan might admire them as she walked past the house, and rehearsed how I would insist with false modesty that no, hers were better.

Then disaster struck on the eve of Mulch Delivery.

“Hey Toots–bad news,” Susan wrote in an email. She and her guy with the mulch had walked down to my house to look at the front yard. “He said you would have to do a de-weed before applying the mulch. …He did the mango mulch on my yard yesterday because he knew it was going to rain and he wanted it to soak in. Come over and take a peek.” 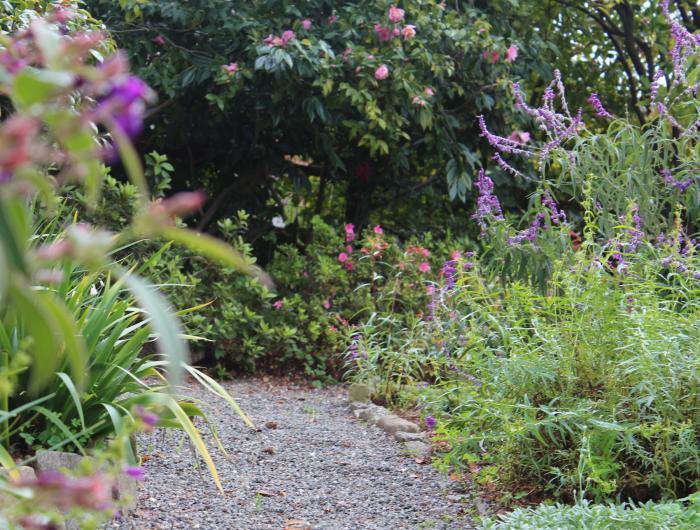 De-weed? I was shocked. Maybe there was some stray clover lurking under the salvia. But too weedy for mulch?

“You look pale,” my husband said.

“Don’t take it personally,” he said. “It’s just a few weeds. You can turn this around in an afternoon.” 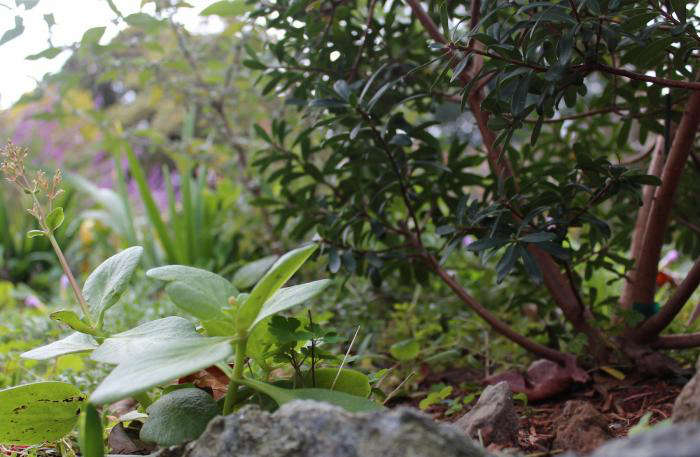 I went outside to survey the situation with a clinical eye: crab grass, bindweed, errant holly seedlings, volunteer sedums springing up beneath a daphne. How had things gotten so out of hand?

The weeds crept up on me. It’s not unlike when you hit middle age but you don’t realize your metabolism has slowed, so you continue to eat and drink the same amount you always have—well, maybe you have an extra cookie or glass of wine now and then, to distract yourself from the fact you’re getting older—and then one day all of a sudden you can’t zip your favorite skirt. You’re late to work, you still have to put on makeup, and the damn thing seems stuck on…a horror-movie-roll of flesh. You scream.

They’re both gradual processes, midlife weight gain and unwelcome undergrowth among the ferns. But it’s normal to react the same way to both: with a vow to immediately reverse the damage.

With the same zeal with which I recently adopted a pro-exercise, carb-free, sugar-free, alcohol-free lifestyle (in hopes of being able to zip my skirt and tuck in a blouse the very next day), I said to my husband, “Where are my tools?” 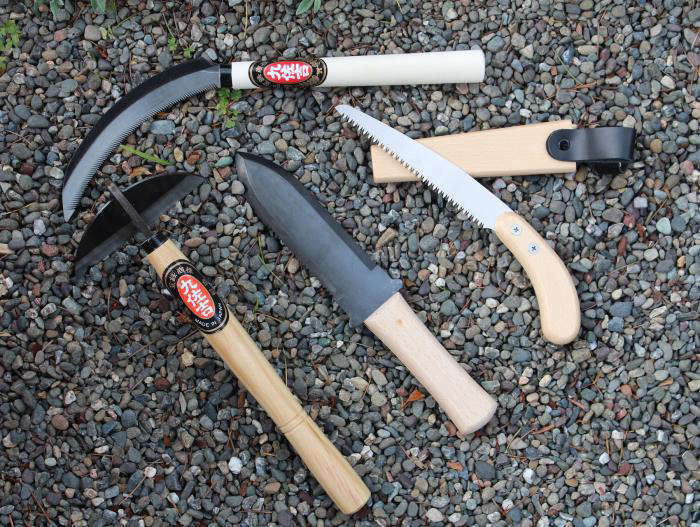 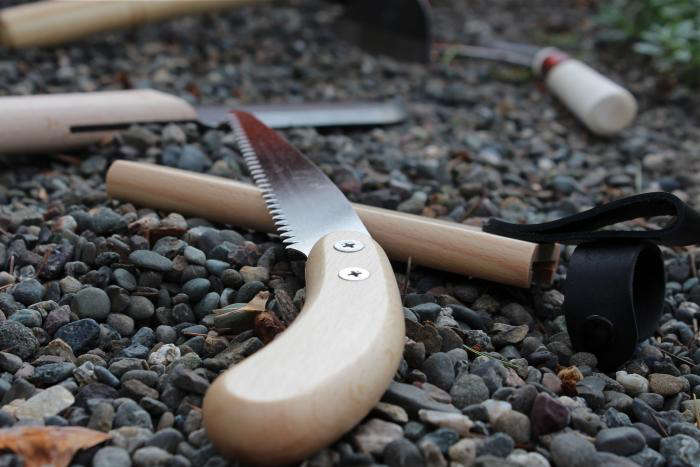 And I was prepared to use them all. 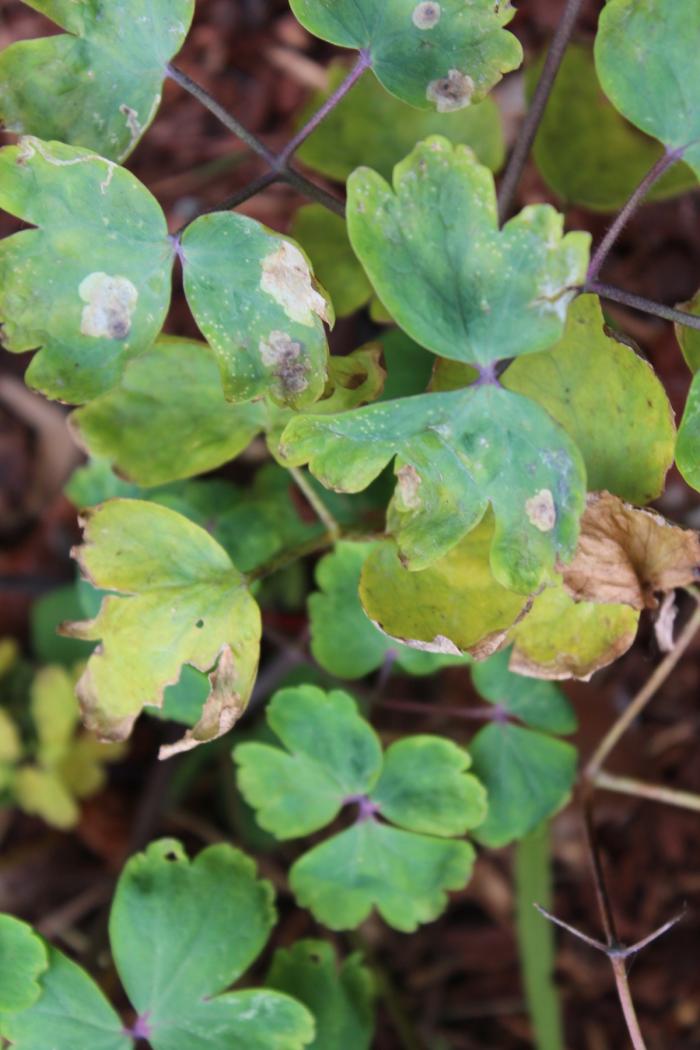 As I started pulling and cutting and teasing out the roots of vicious, hateful, mulch-repelling weeds, I made remarkable discoveries. I uncovered a valiant clump of columbine, waiting there for God knows how long for help to arrive. 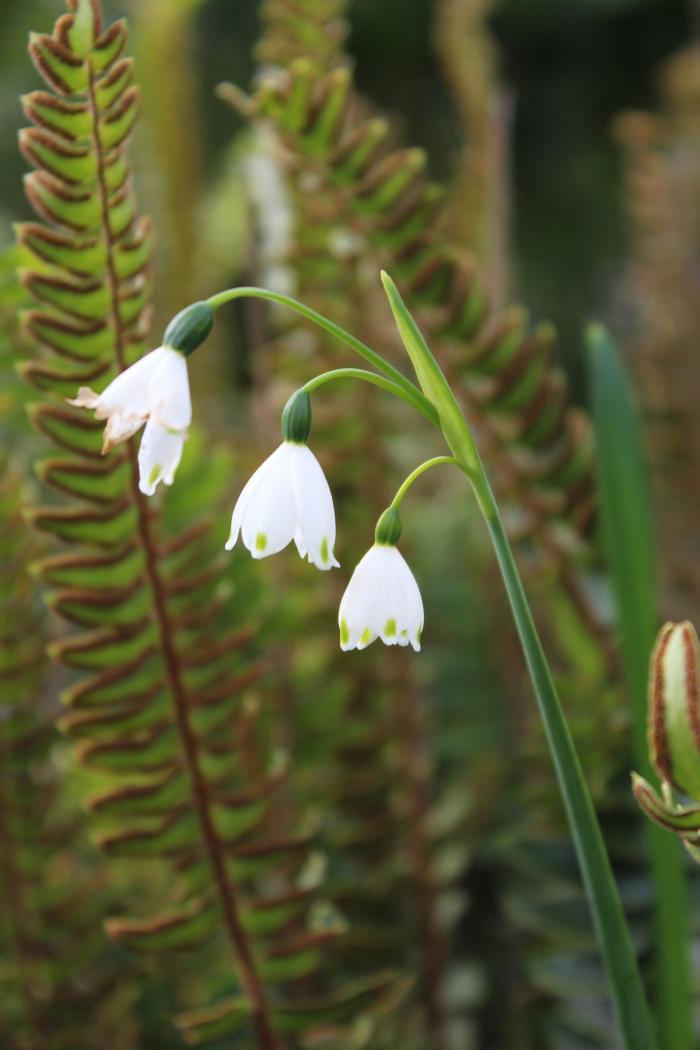 And the first snowdrops of the season. 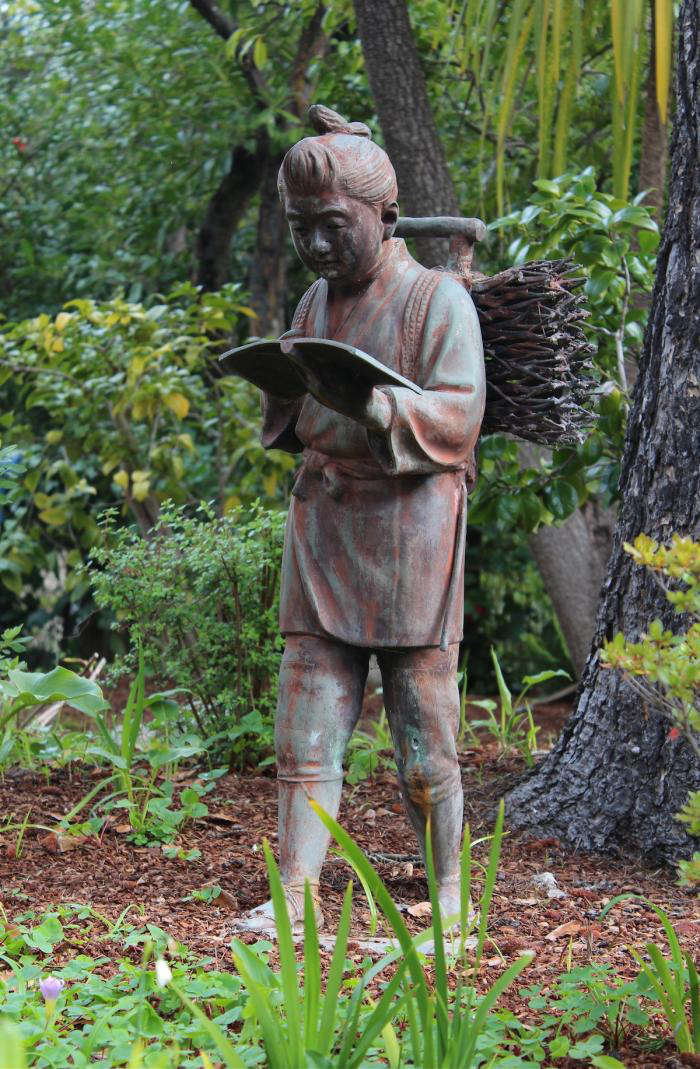 The Japanese Student, a statue that my father-in-law’s father bought in Japan more than 50 years ago, has moved across the country and back—and back again— with me, standing guard in every garden I’ve had. 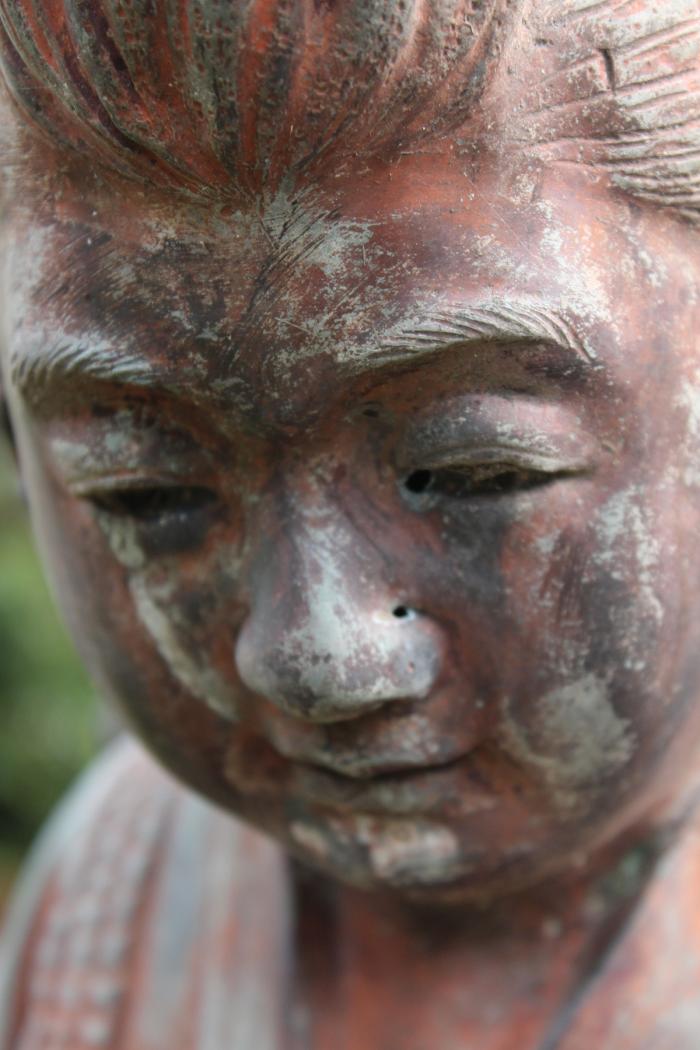 There is something meditative about the process of weeding—a lonely pursuit—that connects you in spirit to every other bindweed root you’ve ever grimly stripped, like a varicose vein, from a garden. You can get into a state of Pure Gardening, concentrating so hard on grubbing out every single onion bulb that you forget whether it’s January 2013 in Mill Valley, CA or October 1989 in Huntington, New York. Space and time collapse; the dirt under your fingernails is the same gritty stuff that was under there 25 years ago.

I lost my engagement ring that time in 1989, when I put it into a shirt pocket while I was planting tulips. The ring fell out, and I had to dig up three dozen bulbs to find it. In 1997, my father came to visit and planted delphiniums for me—blue sentinels marching across the garden, iridescent in twilight. In 2002, I left behind my peonies—oh, the peonies!— when I moved to Northern California, where the ground doesn’t freeze hard enough for them to thrive. And in 2013? 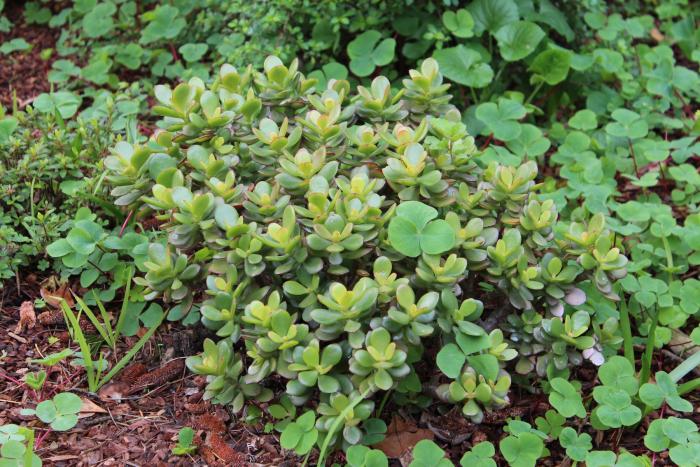 Barely lunchtime, but I was exhausted. I surveyed my progress—averting my eyes from the clover that was still cavorting in the jade plants—and realized I probably have another month of hardcore weeding ahead. It’s a gradual process, after all. 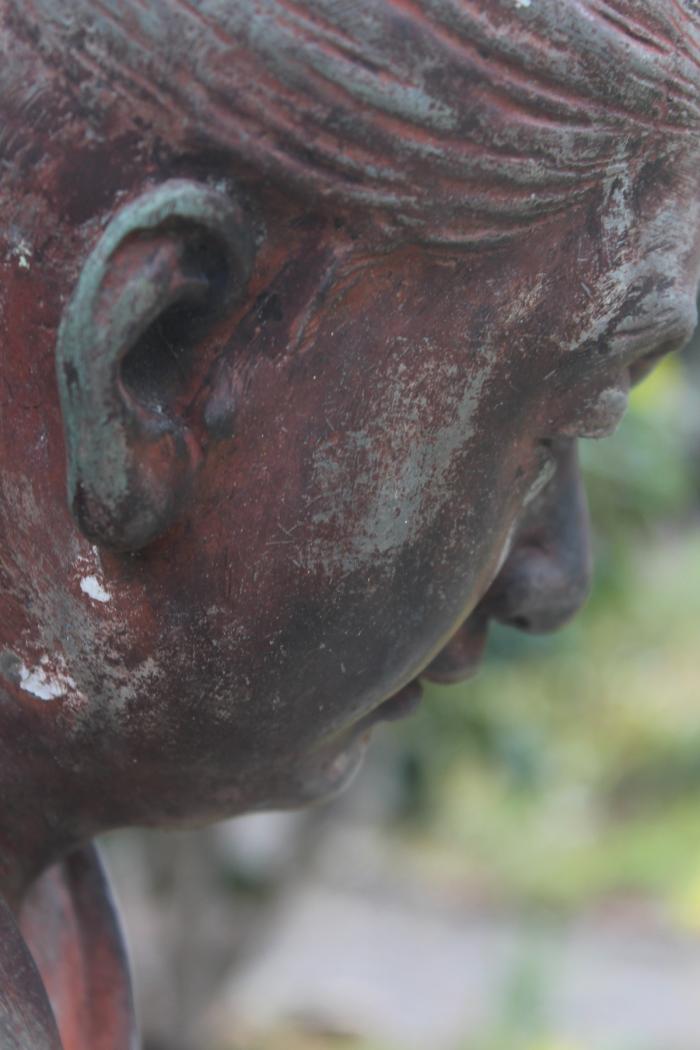 As for the mango mulch? Next winter, I guess. In the meantime, maybe Susan will bring me a vase full of hydrangeas.

Bamboo Cloches to Blanket Your Garden