A winter visit to the Hamptons, New York’s oceanside playground, provides pleasures for the traveler who values deep quiet and the opportunity for uninterrupted nature study.  Without the distracting gaggles of summer vacationers, one can take a leisurely stroll or bike ride along the winding lanes to catch glimpses of stately homes behind their stout guardians, the ubiquitous semi-evergreen privet hedges.

Privet is well suited to providing privacy for home owners. There are about 50 species of this shrub which is best known for growing a dense thicket of short branches that provide a natural screen even when the small dark green leaves have dropped as they do in colder climates. 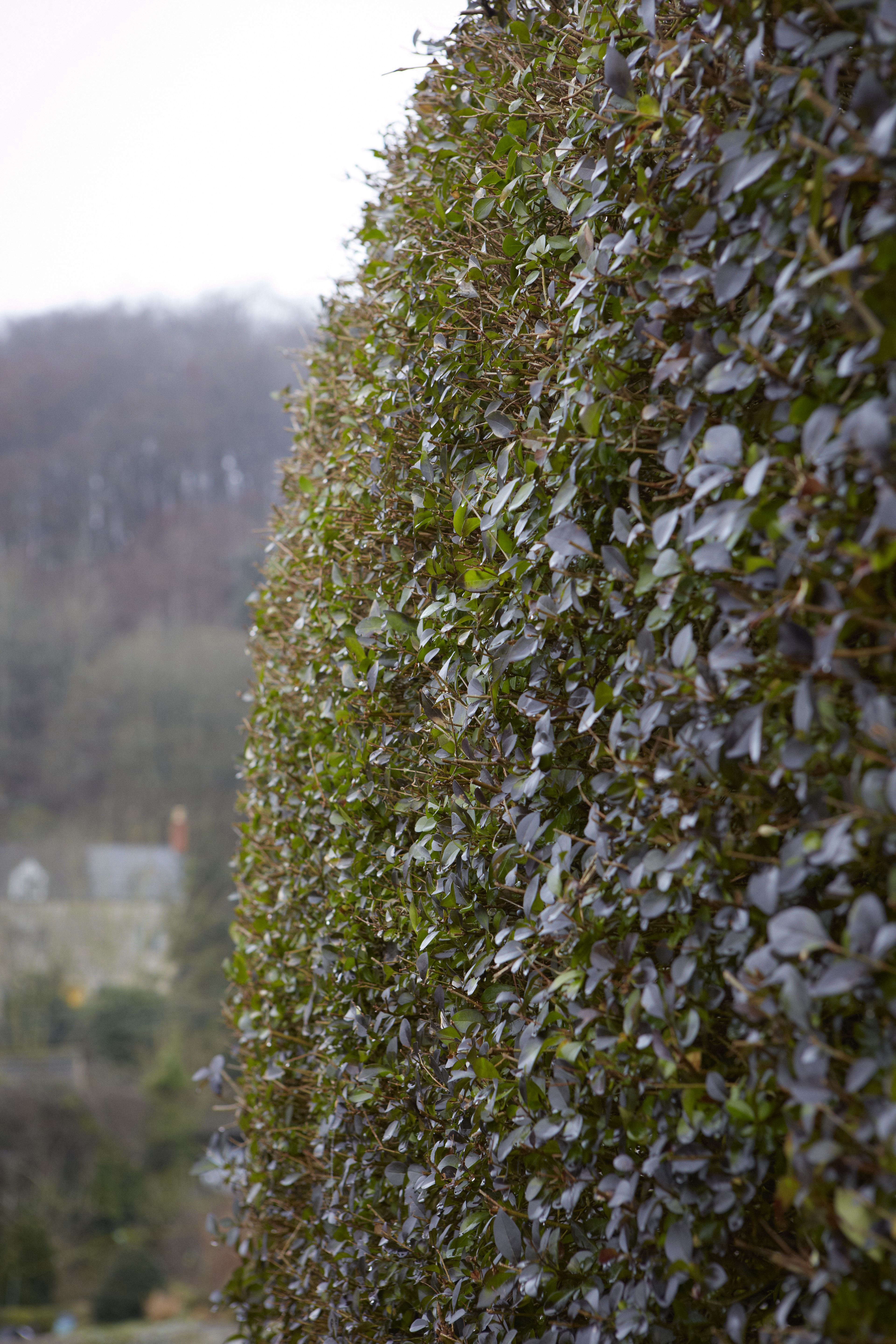 Above: A clipped privet hedge is still green in January.

Unlike boxwood, another frequently used hedge plant, privet grows quickly, reaching heights of 10 to 15 feet in short order.  In mid-summer privet produces panicles of small white flowers with a strong fragrance that is pleasantly sweet to some observers but repugnant to others. The flowers are followed by clusters of purple-black berries. 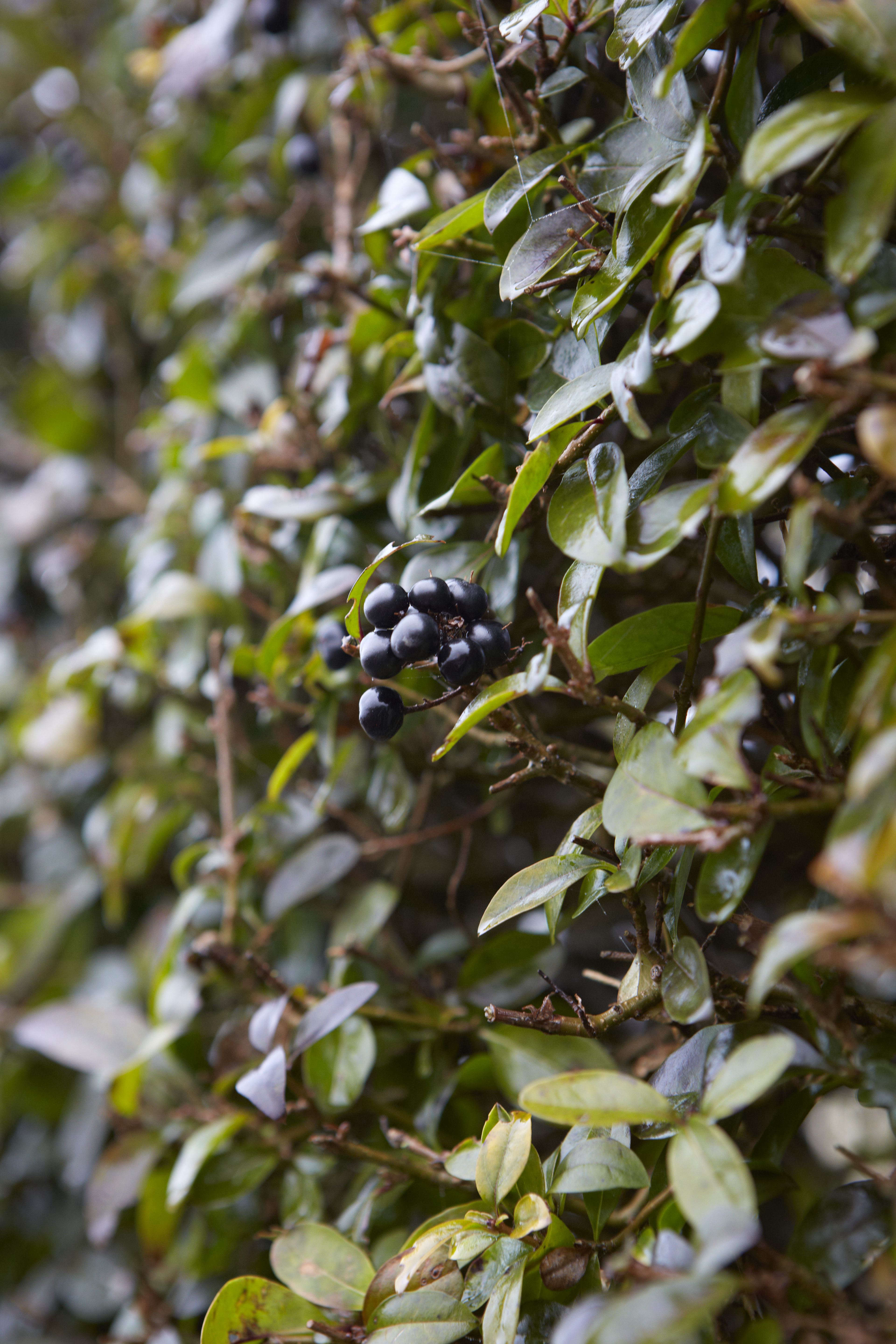 Above: Although some types of privet were introduced in the United States as early as the 1700s, none of the approximately 50 species is native to North America. Because privet is a robust grower and propagates easily through seed dispersal by birds who eat the berries and also through root and stump sprouts, it has become an invasive plant in many areas.  Privet is considered a pest in a number of U.S. states as well as in such far flung places as Argentina, Brazil, South Africa, Australia and New Zealand. 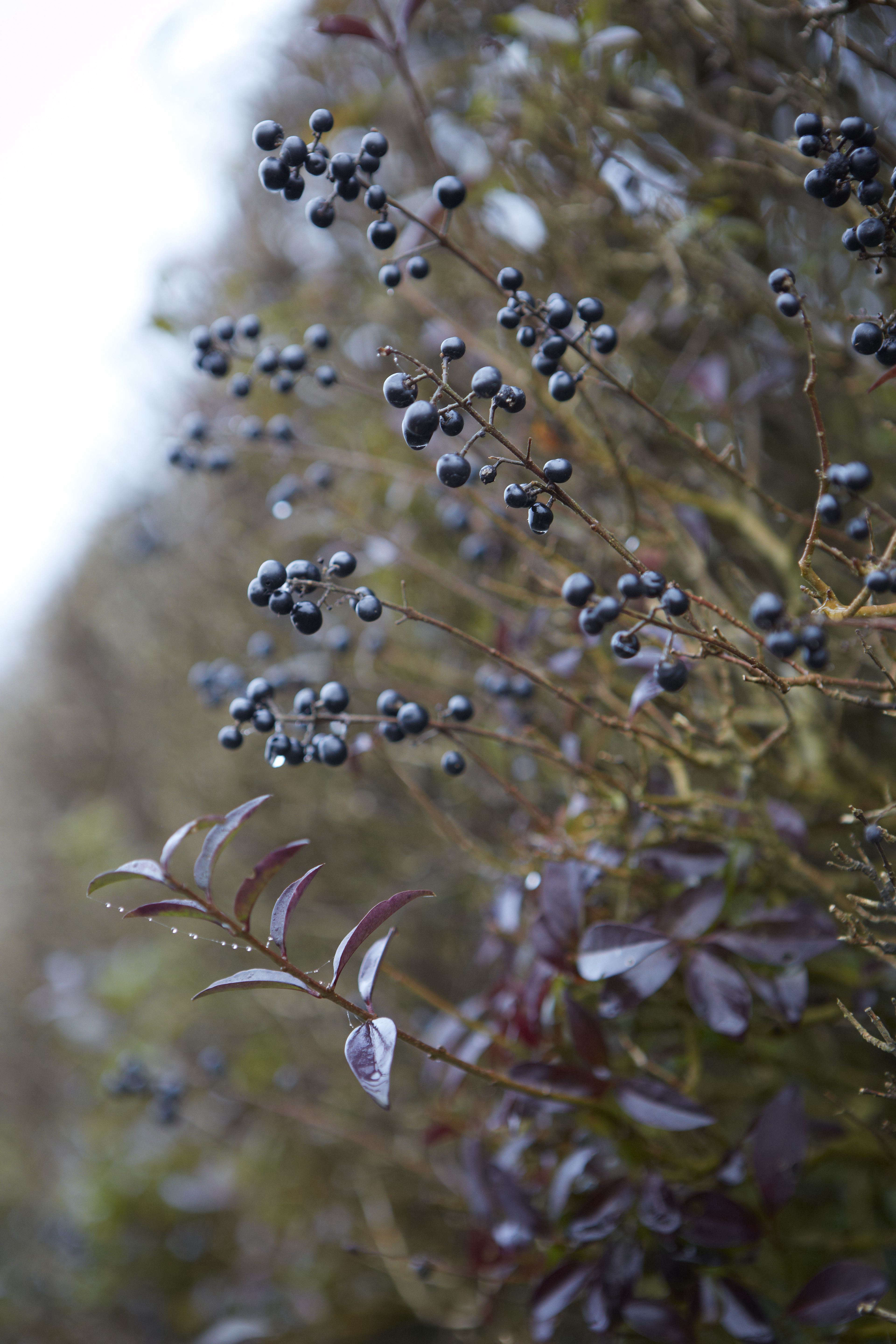 Above: Some experts advise pruning away the flowers before they can form berries to reduce the chances the seeds will be carried into the wild. 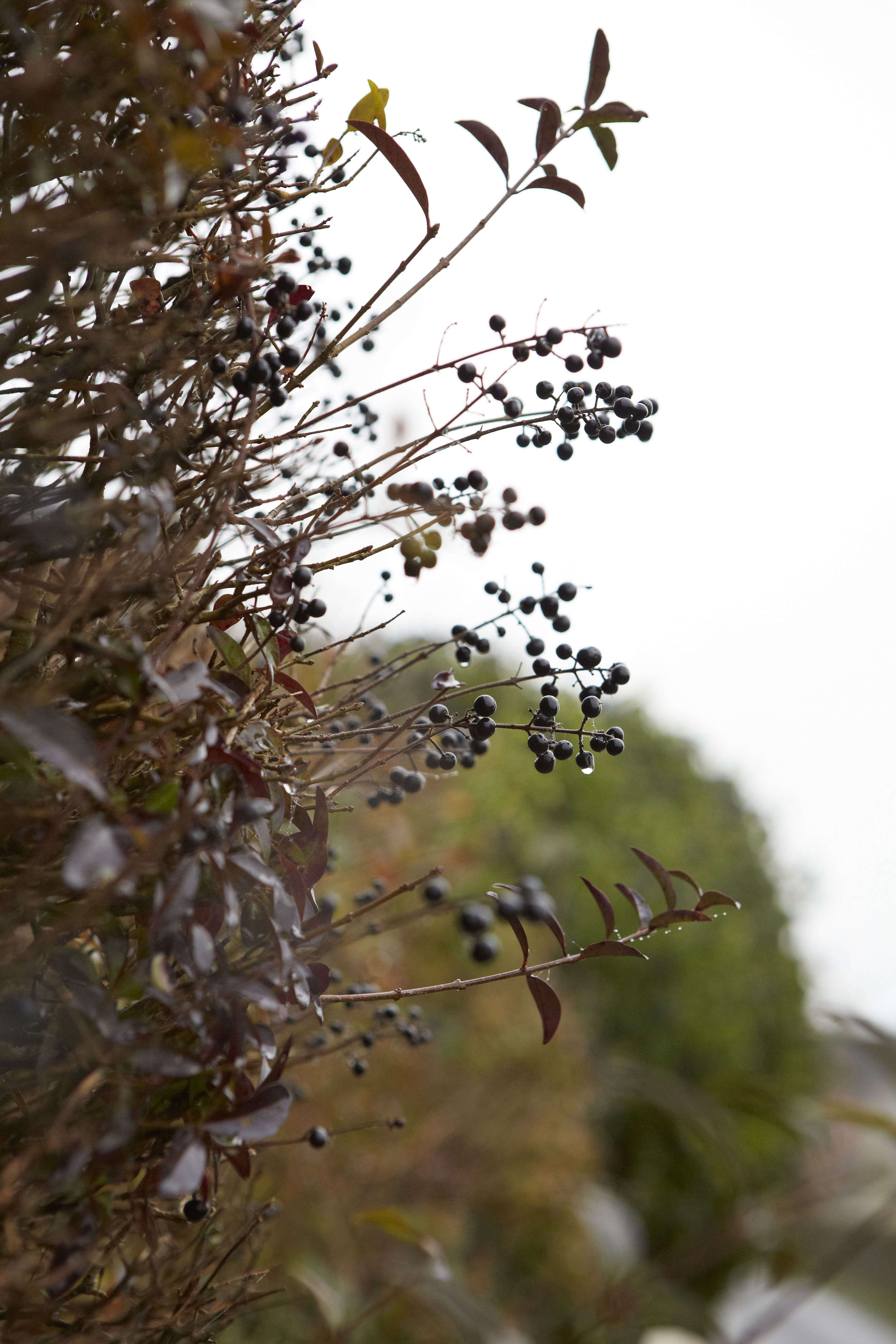 Above: Ligustrum ovalifolium is known as “California privet,” but it is a mystery why. It is a native of Japan and got to the United States via the United Kingdom, where it had been introduced in the late 1800s.  Victorian Londoners embraced the new species because it grew well in their polluted, smoggy city and it soon became more popular than their native privet, Ligustrum vulgare or “common” privet. 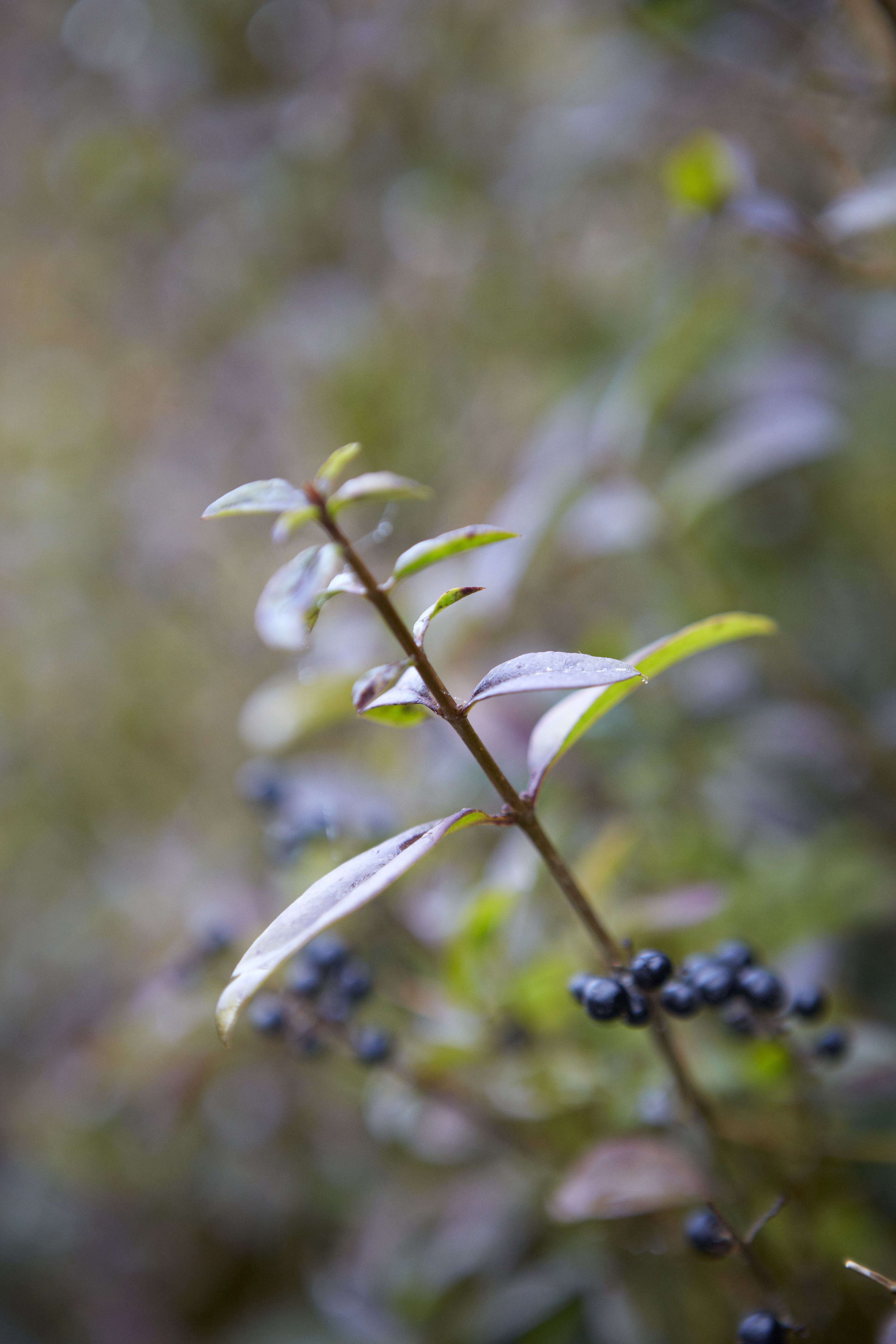 Above: Privet berries can cause digestive distress, even poisoning, if eaten by humans or domestic animals but are very popular with birds.