Load up the tour buses: snowdrop season is underway in England.

In a nation obsessed with the tiny white flowers, one of the loveliest displays is at Painswick Rococo Garden in the Cotswolds. Photographer Britt Willoughby Dyer got there ahead of the crowds: 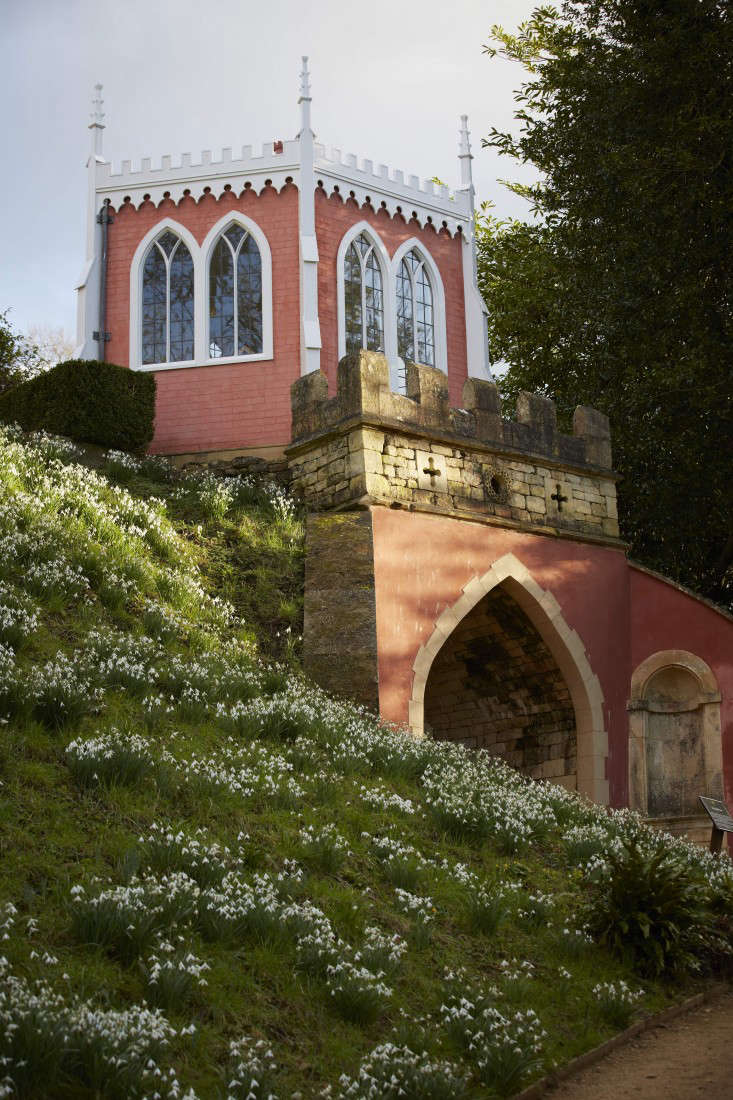 Above: The Eagle House overlooks a garden designed in the 1740s in the rococo style, where follies and grand gestures predominate. This is a style of garden proud to be described as “flamboyant” and “theatrical” (adjectives that figure prominently on the Painswick Rococo Garden website). Perhaps its greatest statement is the millions of snowdrops that emerge every February. 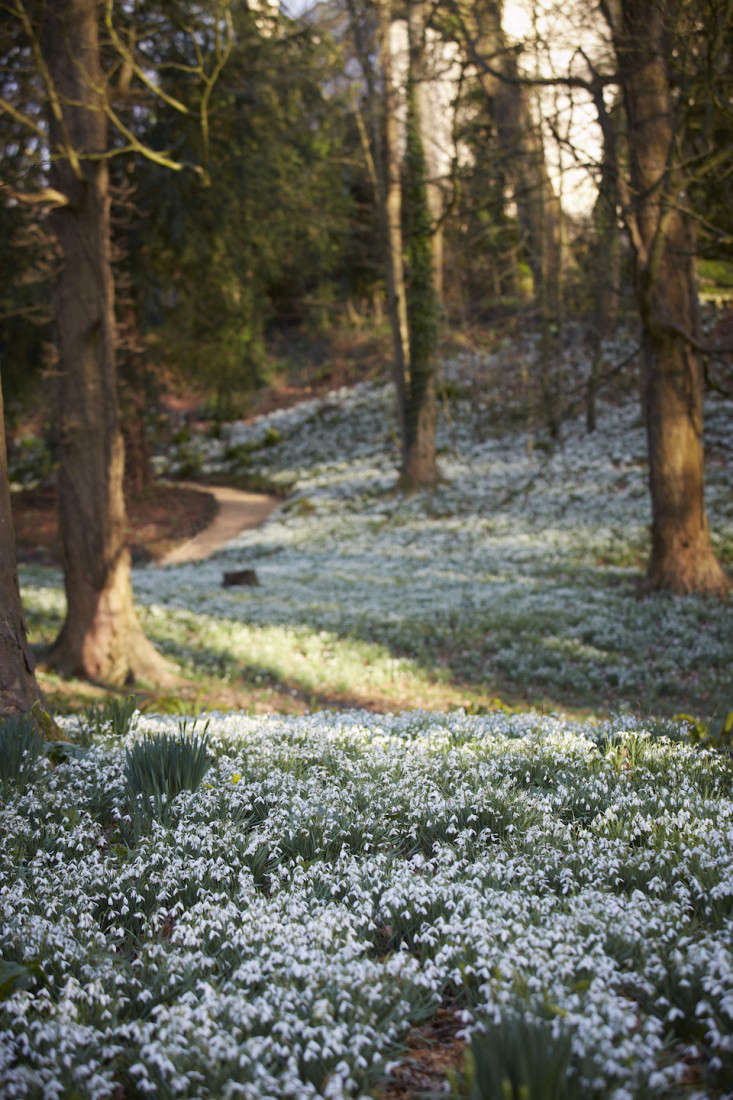 Above: The garden has six acres of woodland walks, winding paths, steep slopes of flowers, and a dramatic vistas, and espaliered fruit trees. 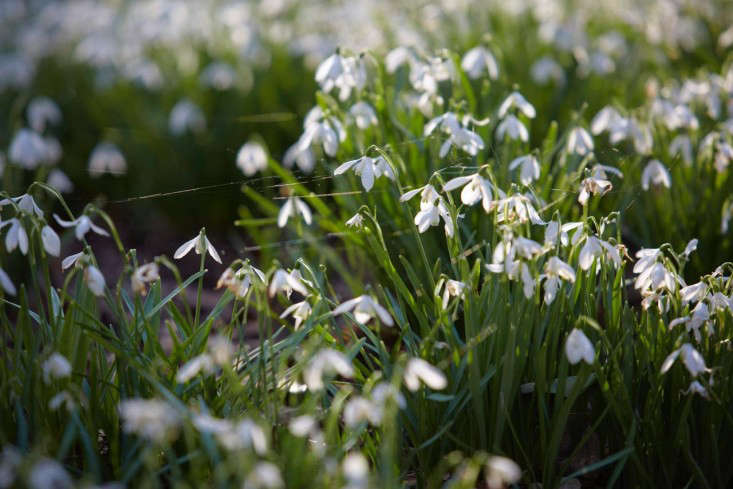 Above:  In addition to the common snowdrop (Galanthus nivalis), the garden has drifts of Galanthus atkinsii, a cross named after plantsman James Atkins, who in the 1800s lived in a cottage on the property. 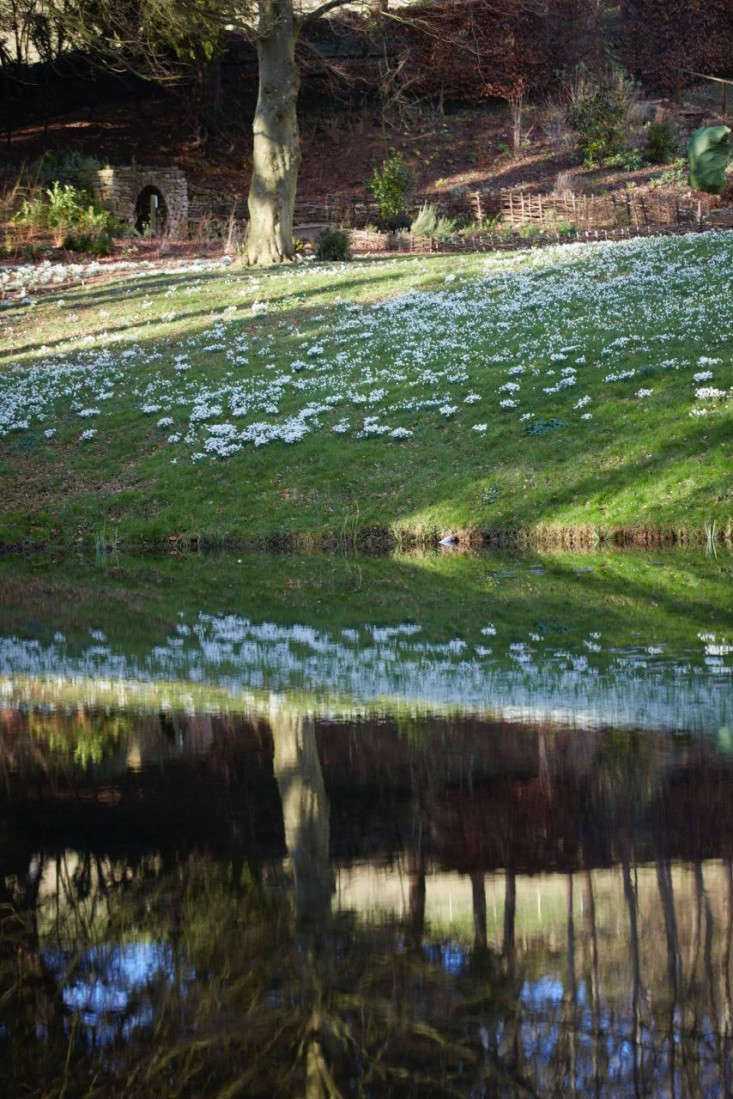 Above: Snowdrops have been a national obsession since Victoria sat on the throne, and this year the mania is getting is a new boost from the first-ever Snowdrop Festival, sponsored by the National Garden Scheme, which has persuaded 100 gardens to welcome visitors to see the show. 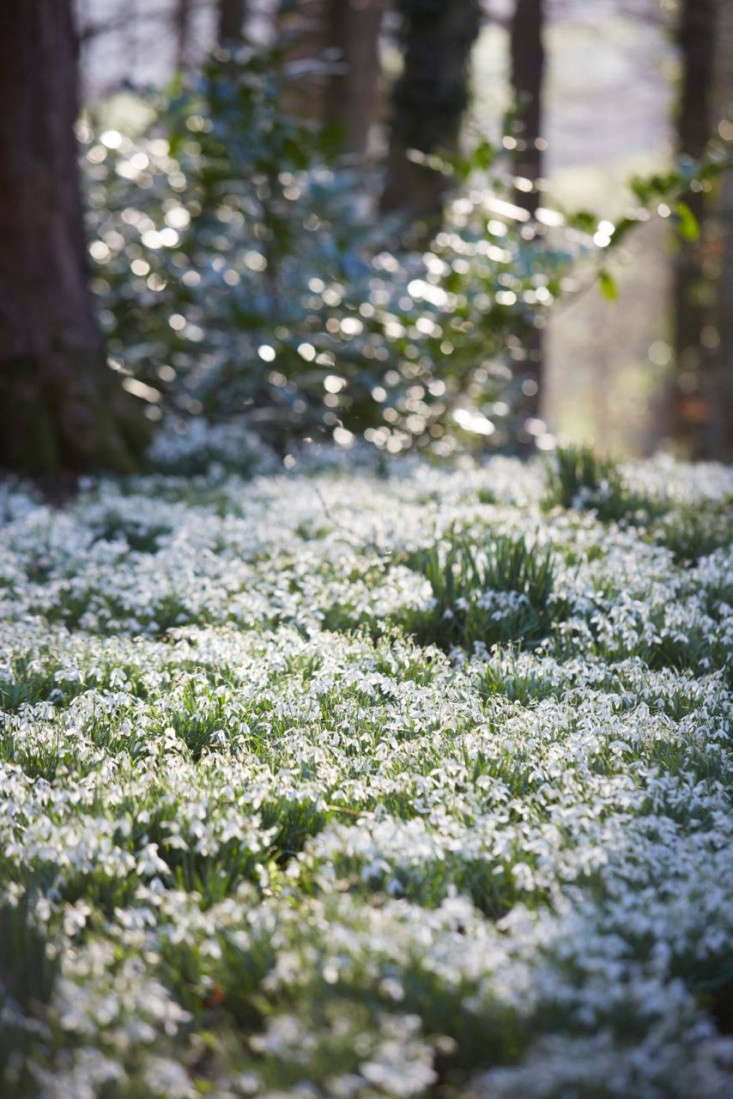 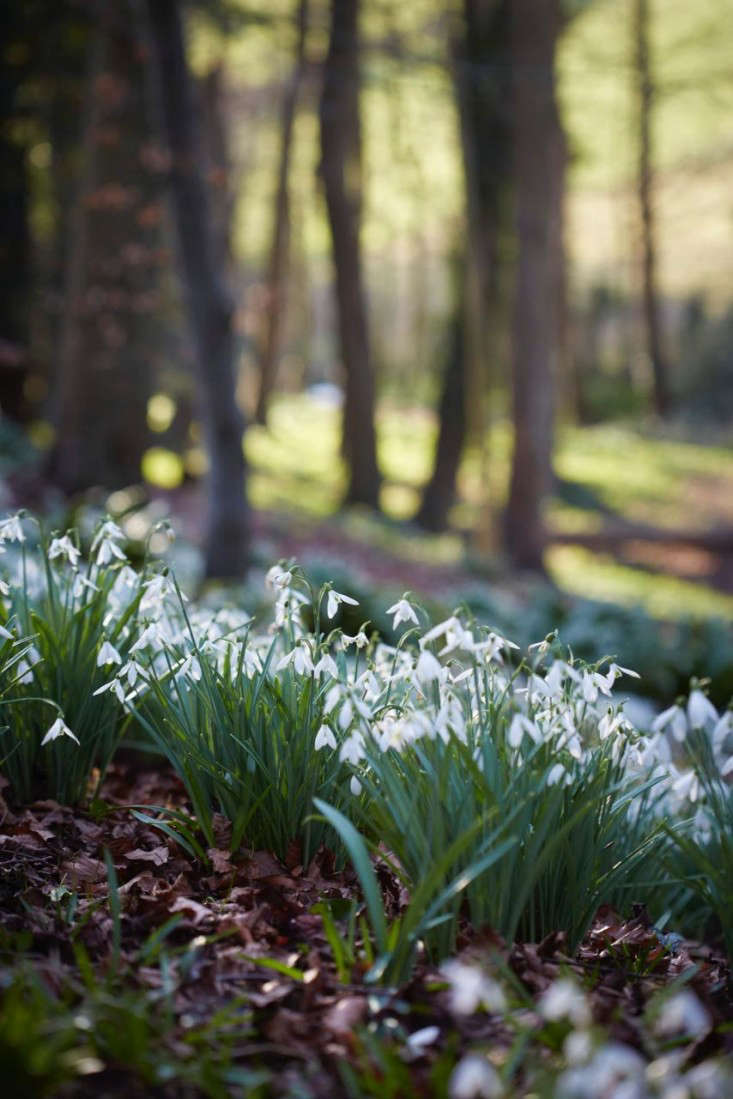 Above: Snowdrop bulbs grow in clumps; early spring is an excellent time to dig them up and divide them. For step-by-step instructions, see DIY: An Instant Carpet of Snowdrops. 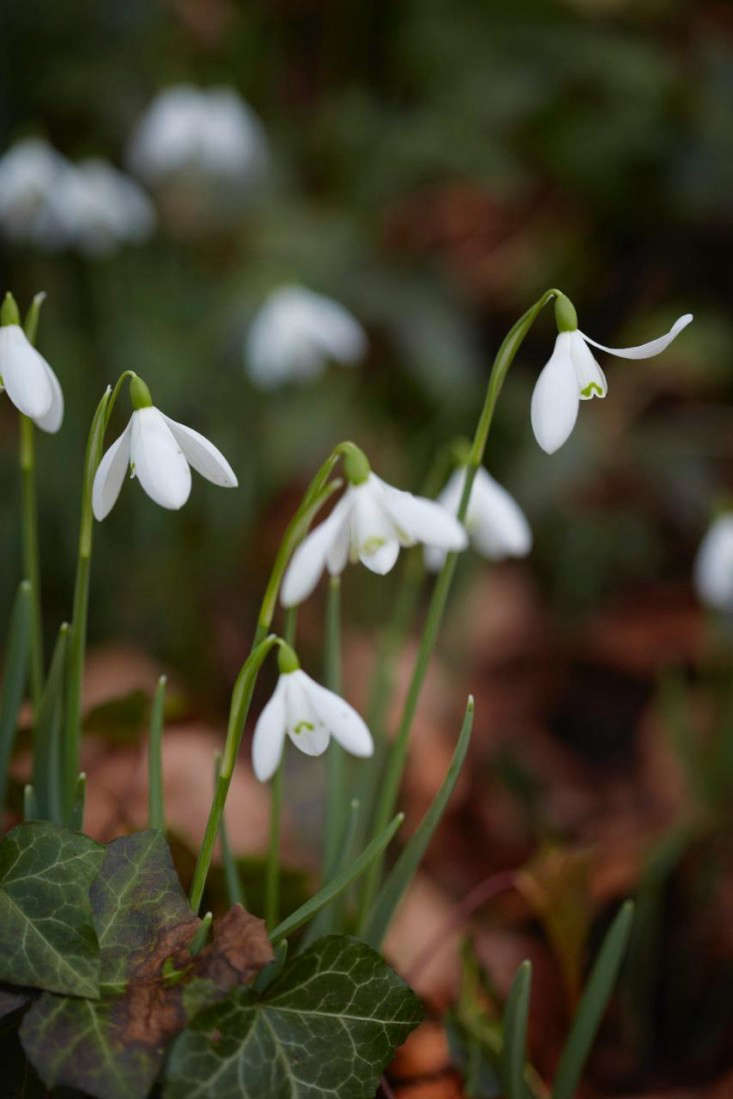 Above: One might fairly credit Carl Linnaeus with creating the craze. In the 1750s, the Swedish botanist christened the flowers as  Galanthus in his Species Plantarum, which listed every known species. 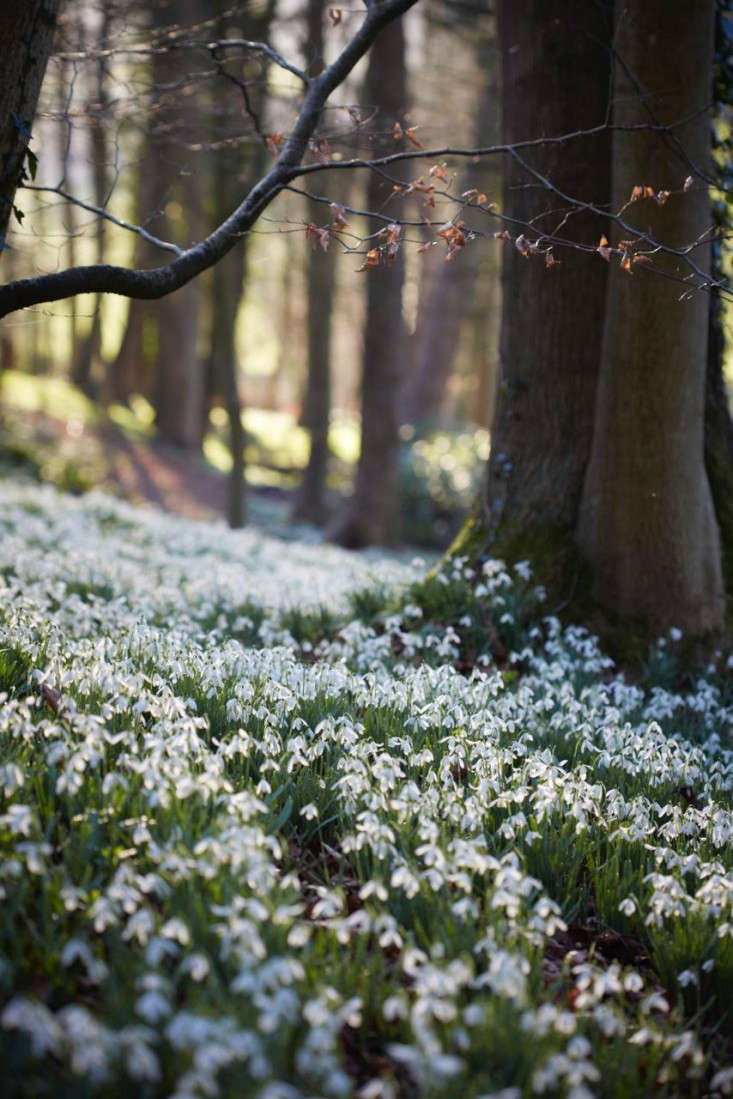 Above: Built in the mid 1700s, Painswick House was intended to be an escape from city smog for its original owner, the asthmatic Charles Hyett. “Sadly this move was not enough and he died soon after the house was completed,” notes the garden’s website. “It was his son, Benjamin, who created the fanciful garden in a hidden valley behind the house.” 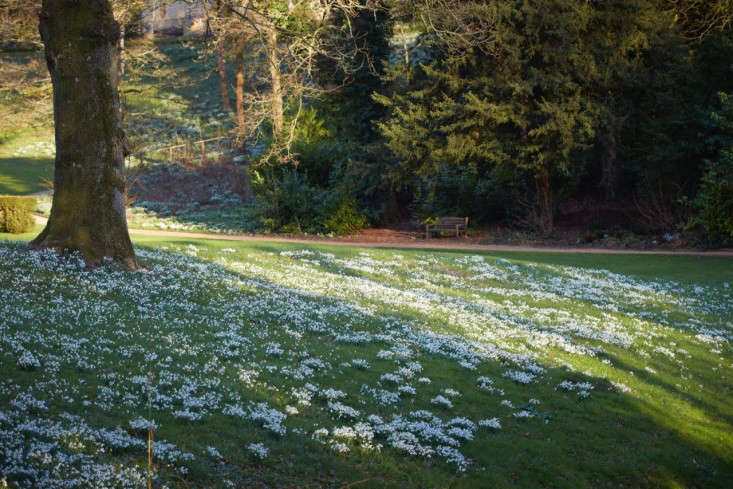 Above: Thank you, Benjamin. 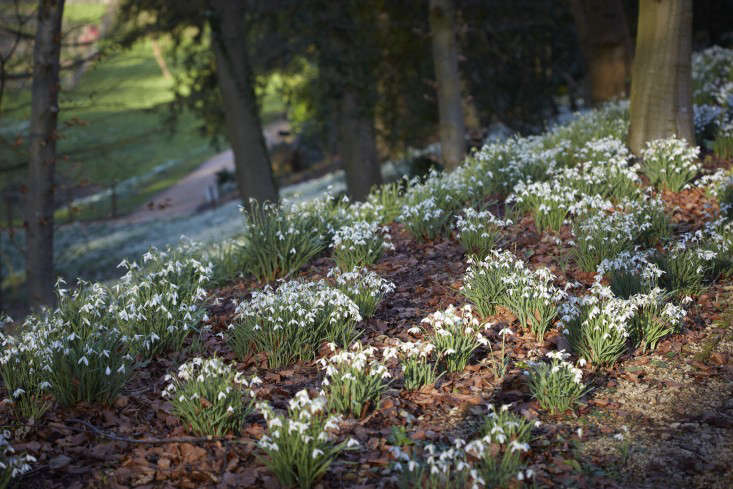 Above: The original garden had disappeared beneath “an overgrown jungle” by the 1970s, when a descendant of Hyett’s began its restoration, aided by a circa-1748 painting by local artist Thomas Robins, which faithfully depicted the original layout and design. 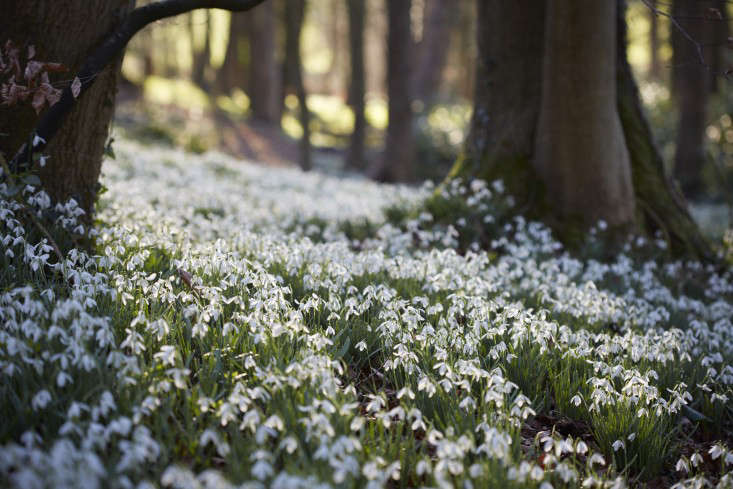 Above: This month, Painswick head gardener Steve Quinton (or a member of his team) will be giving a series of talks about the garden’s history at noon on every Wednesday and Friday. For more information, see Snowdrop Talks 2016. 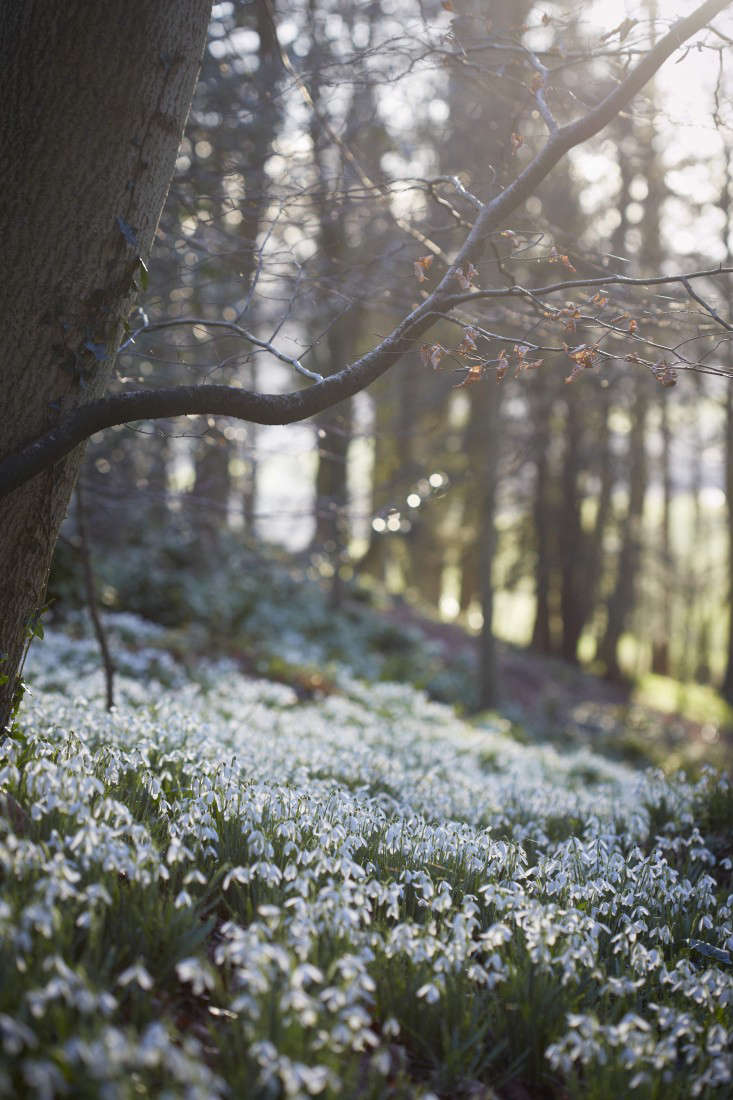 Above: For more information about hours and driving directions to Painswick Rococo Garden, see Rococo Garden.

Save the Date: Remodelista Market in NYC, March 12-13