Somerset is one of those counties that keeps itself to itself. It’s a place that you make a point of going to; you don’t rush through (unless you’re on the M5). So the idea of a destination gallery with a jewel of a garden in Bruton, Somerset, does make sense. Hauser & Wirth is a place that people cross the country, and the world, to see.

The main draw for garden visitors is Oudolf Field, a slope of 1.5 acres enclosed on three sides by traditional hedging. It’s a former field that is now a garden, conceived by international star Piet Oudolf. With the Dutch designer’s trademark perennials that have beauty at every stage, we wonder how they are doing in deepest winter? 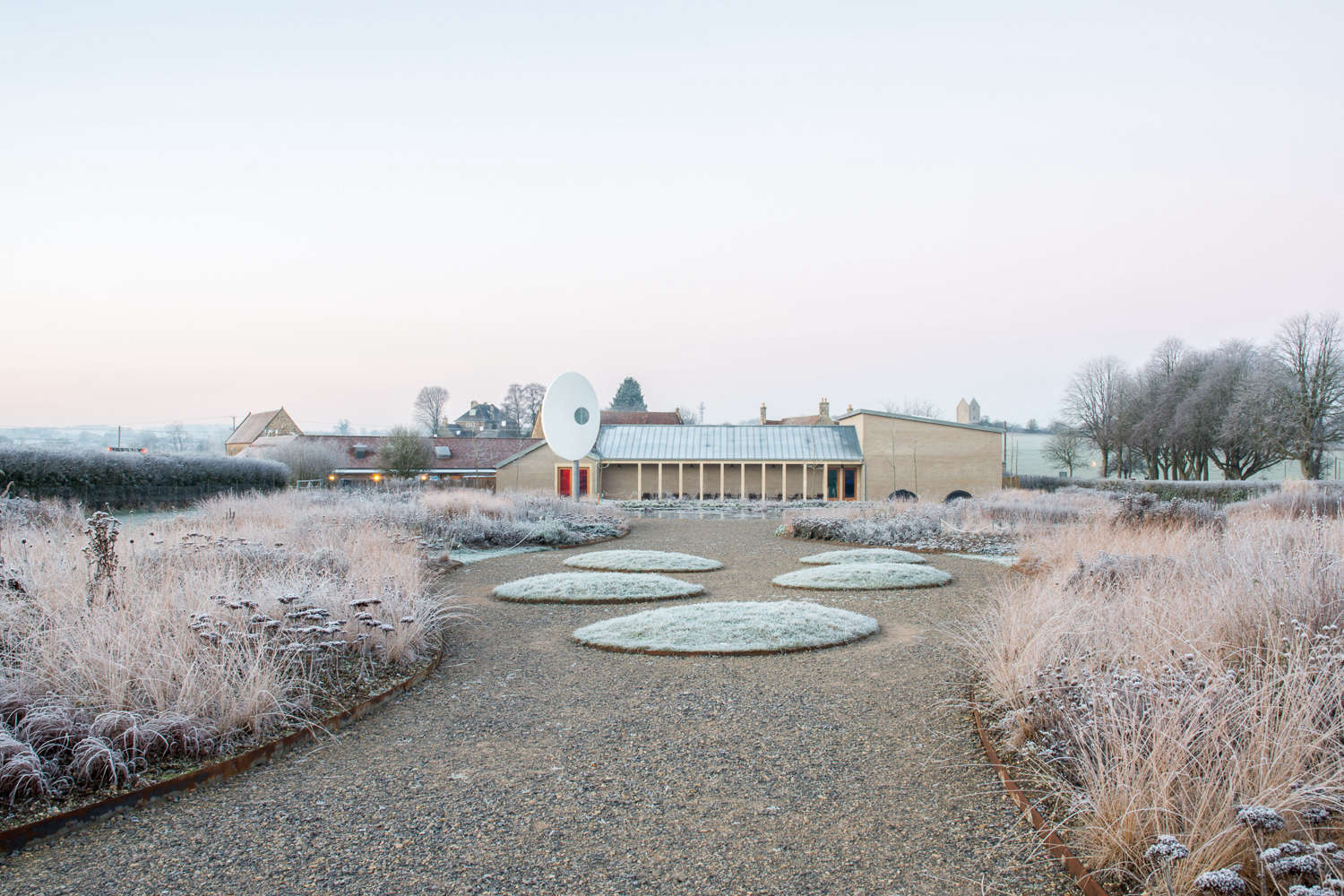 Above: The answer, of course, is just fine. With plants that are chosen for their texture and shape, over color, it is a given that on frosty days they’ll be giving a good account of themselves.

Seen here from the middle of Oudolf Field, the gallery buildings were completed in 2014. Behind them stand the original barn and pigsty from Dursdale Farm, linked together around a courtyard by Paris studio Laplace. The courtyard garden is also designed by Piet Oudolf. 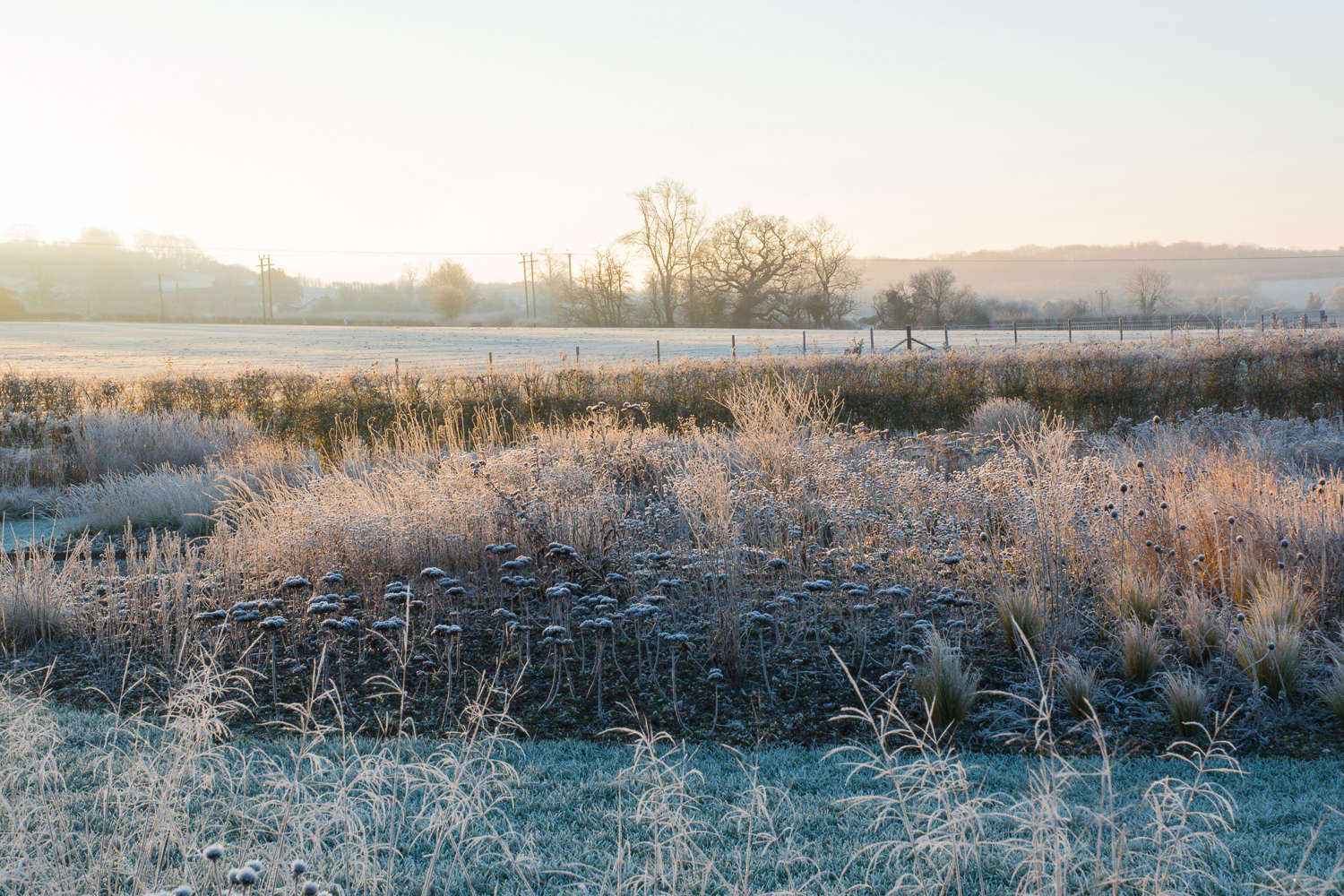 Above: The winter prairie border with Sedum ‘Matrona’ seed heads at the front.

Hauser & Wirth’s owners have galleries in London, New York, Los Angeles and Zurich, but chose Durslade Farm as their rural outpost because they already lived locally. They commissioned Piet Oudolf to landscape the whole site. 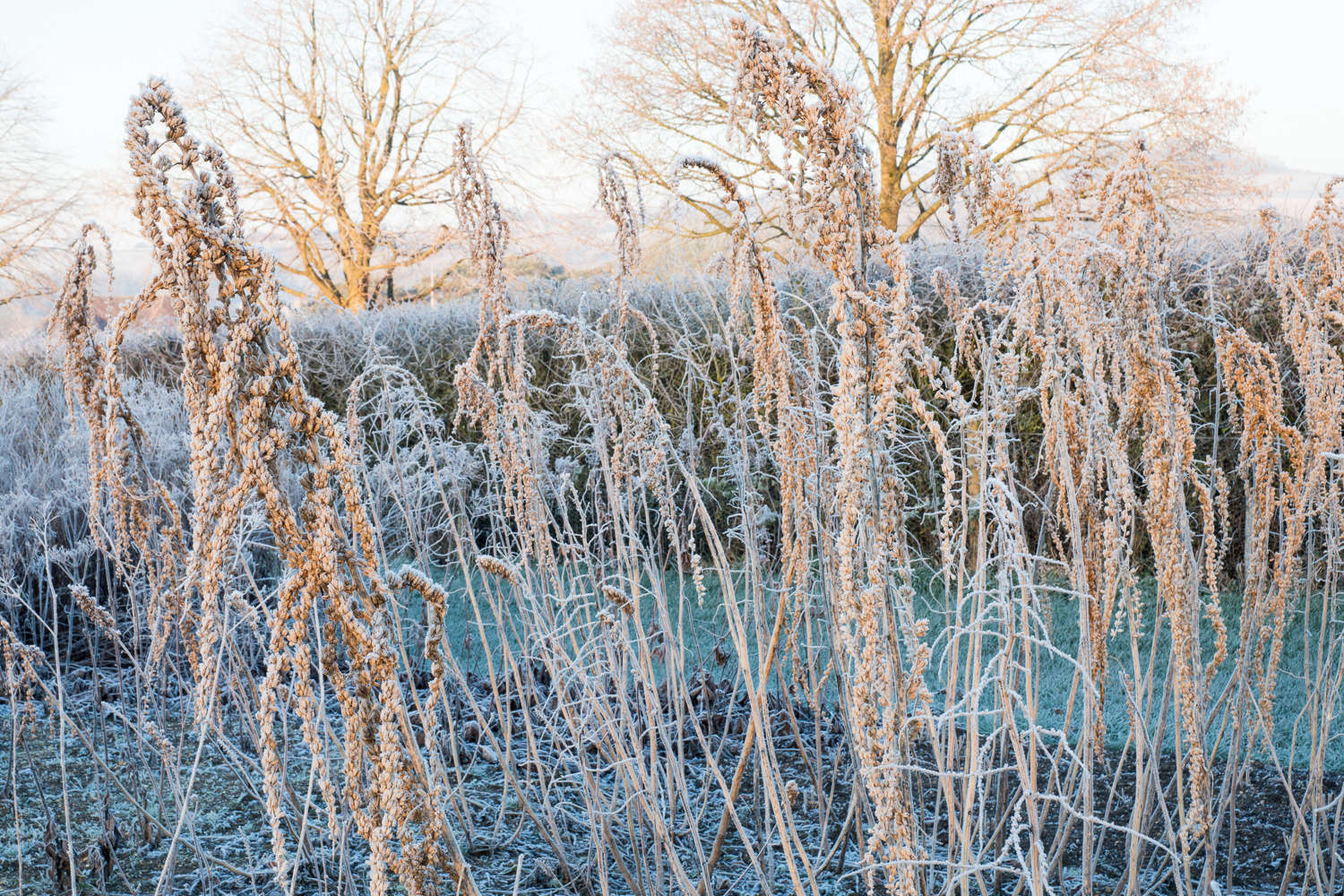 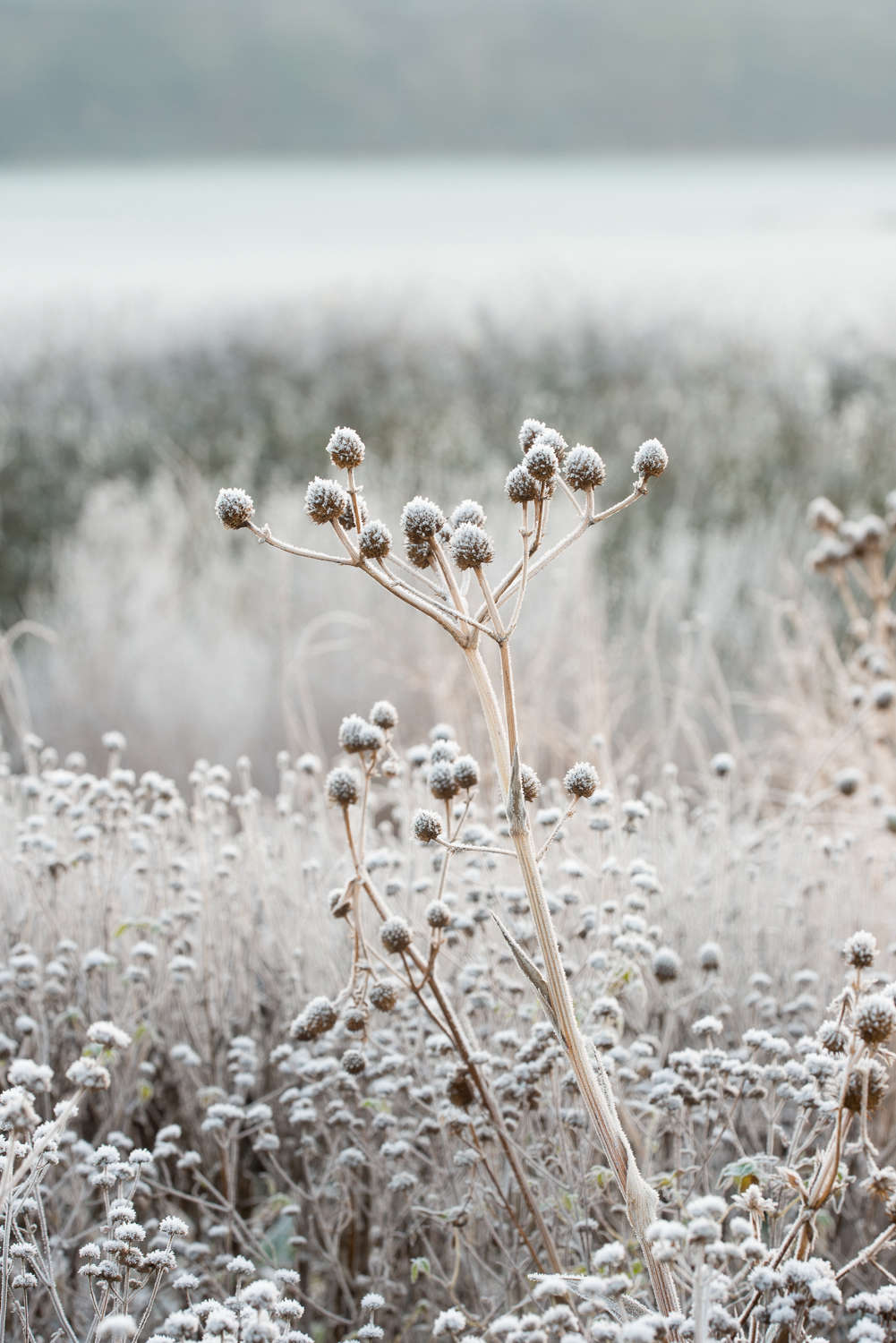 Above: Button snakeroot, or Eryngium yuccifolium. Eryngiums dry particularly well in situ, without changing too drastically from their summer appearance. 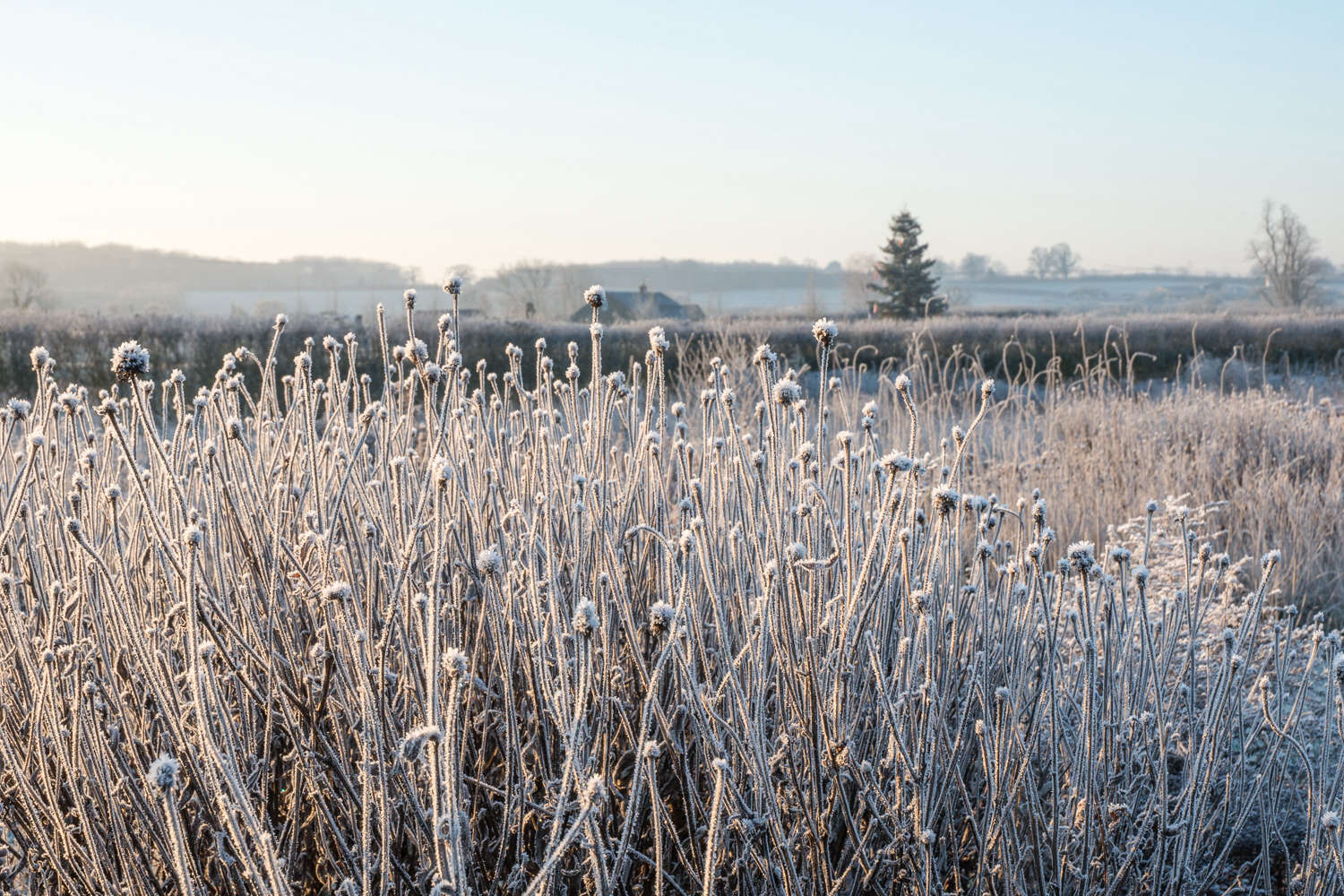 Above: After the magenta petals have dropped, seed heads of Echinacea pallida remain. Although the space has the initial look of a planted field, it is divided into 17 flower beds and a pond. 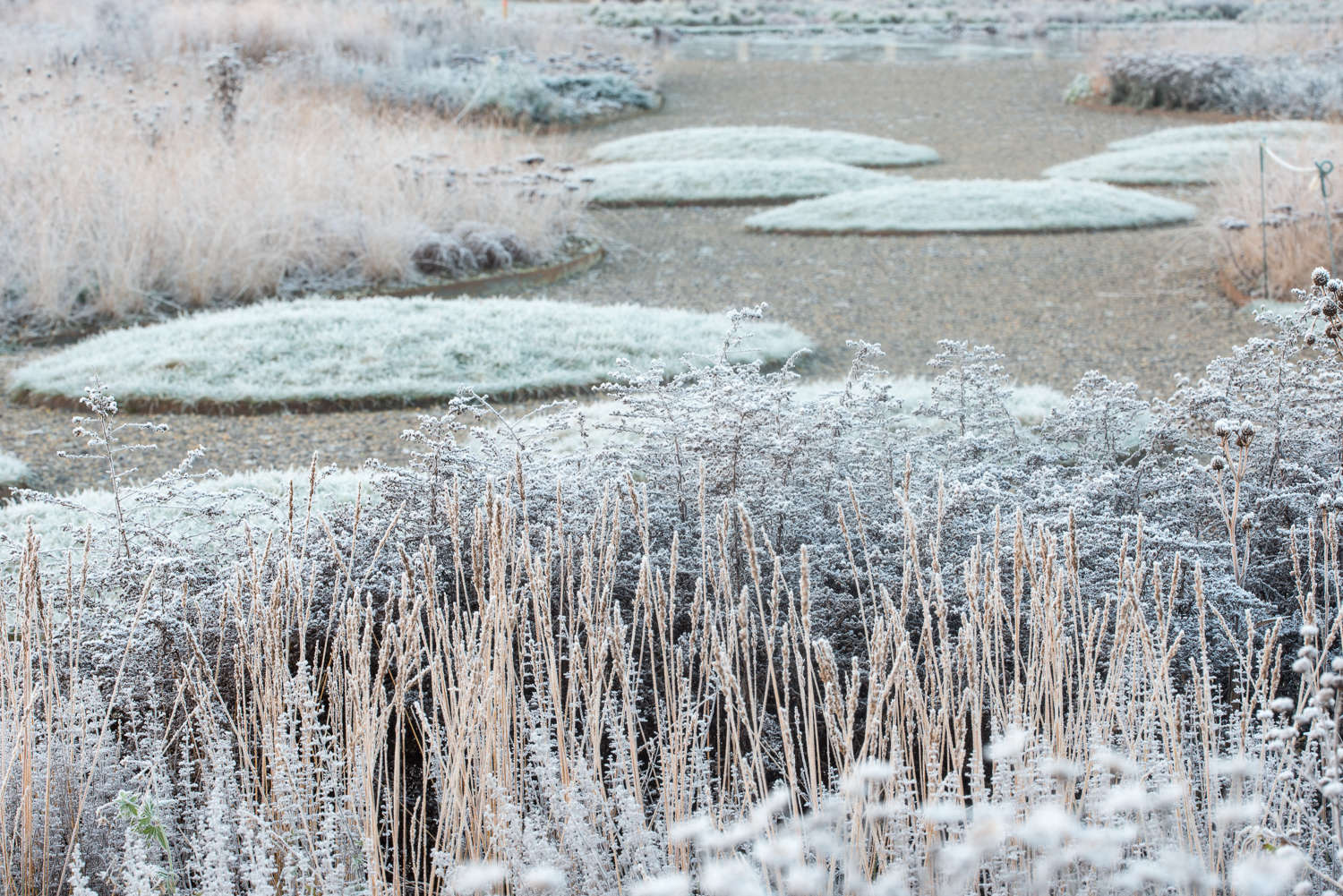 The winter border with seed heads of purple moor-grass Molinia and Aster.

The field-garden is bisected by a central walkway, leading from gallery and pond toward open country. Grass island mounds bridge the gap between the new building’s uncompromising lines and the romantic groups of perennials. 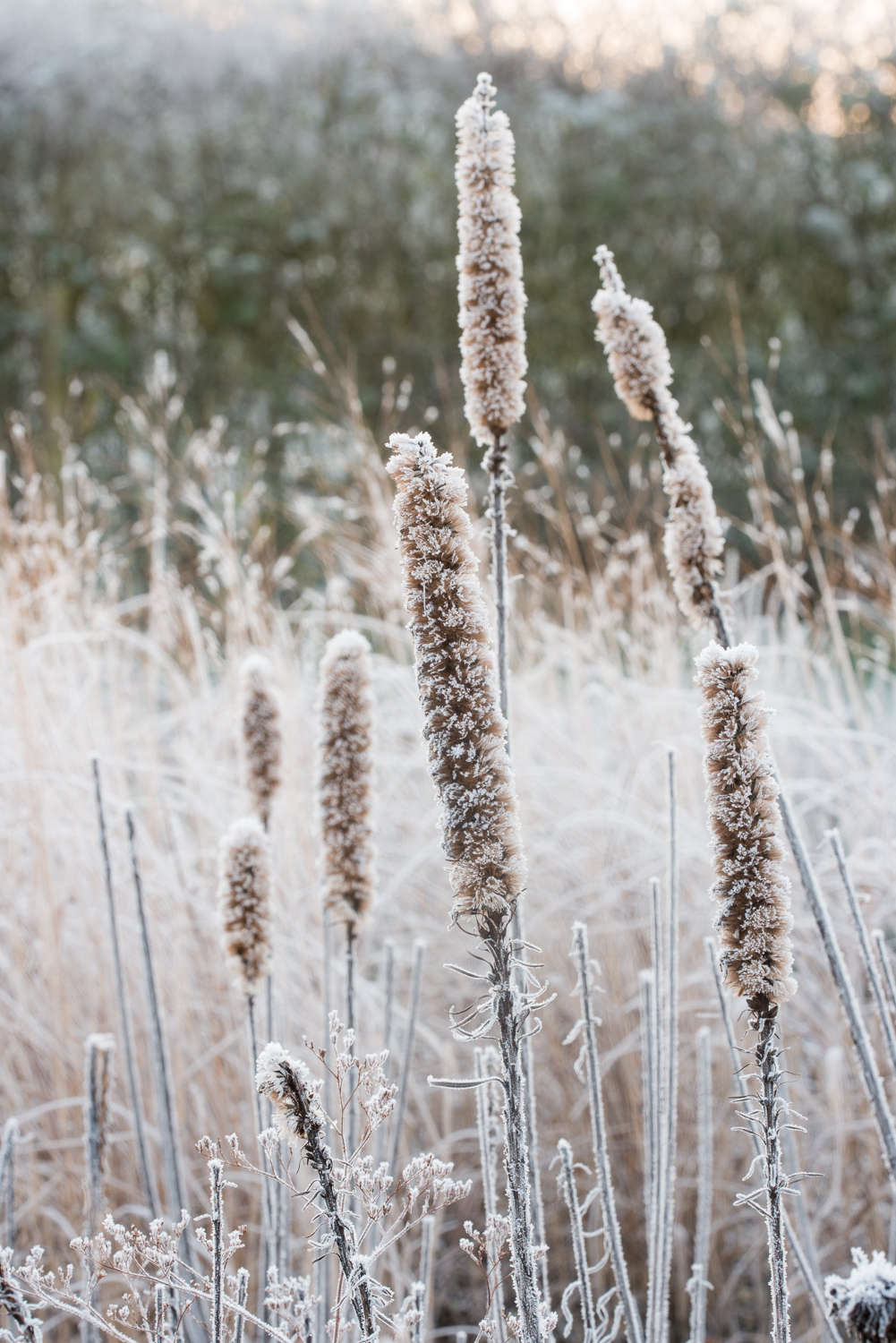 Above: Seed heads of Agastache ‘Black Adder’, after making a graceful transition from purple to frosted brown. 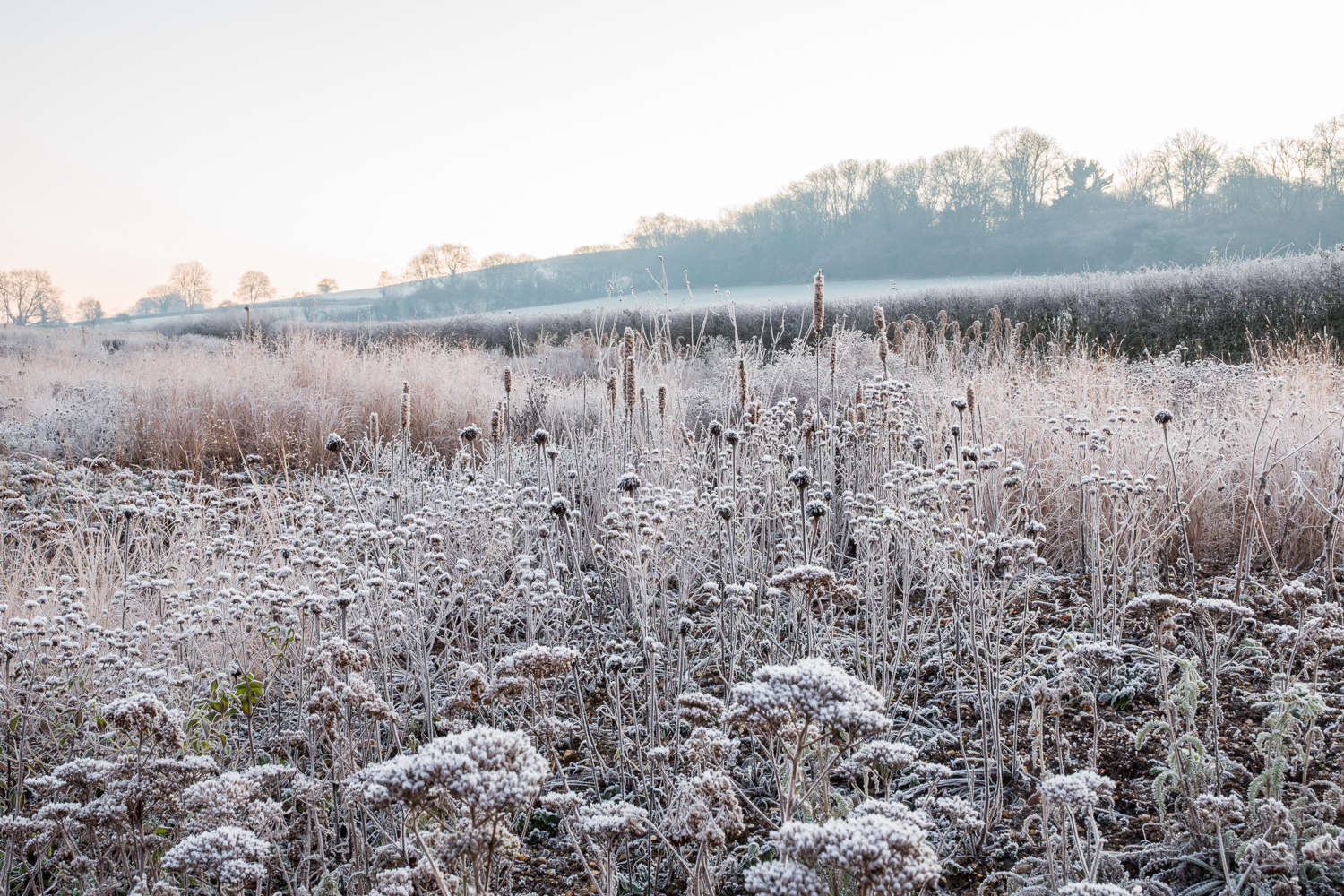 Above: A minimal palette from what was already a subtle color mix of Achillea, Monarda, grasses and Agastache ‘Black Adder’.

Visit more of Dutch designer Piet Oudolf’s gardens with us:

Landscaping Ideas: The Case for Camellias

A fence is the obvious choice, but there are many

Picture a house sitting in a meadow of California