The walled garden at Kelmarsh Hall in Northamptonshire, England is a sloping sunny triangle and lies unusually close to the main house. It is the productive and good-looking heart of the place.

Built in the 18th century, Kelmarsh was used mainly as a “hunting box,” and the stables, like the walled garden, are conveniently near the Hall. So close that they are almost next to the drawing room. “A perfect, extremely reticent design,” according to Pevsner in his renowned guides of the UK, the house and gardens boast a charmingly informal aesthetic.

Photography by Kendra Wilson for Gardenista. 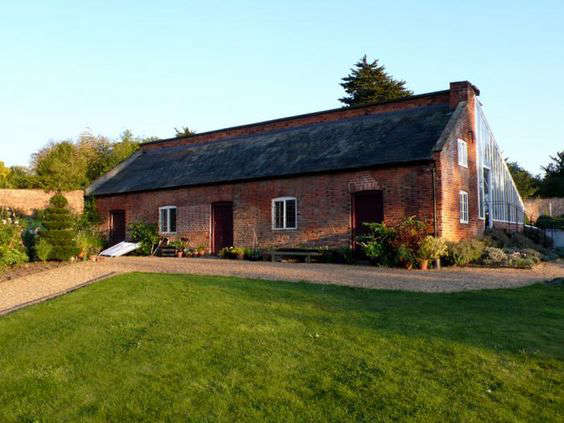 Above: Interior designer Nancy Lancaster, who lived here in the 1930s and again 20 years later, identified this appeal and intensified it. As the American who brought English Country House style to the English, she later said, “Kelmarsh was my idea of a house in the country.” In the restored vinery, the potting shed, tool store, and boiler room are on the north side; the sunny south side is given over to glass, with traditional heating. 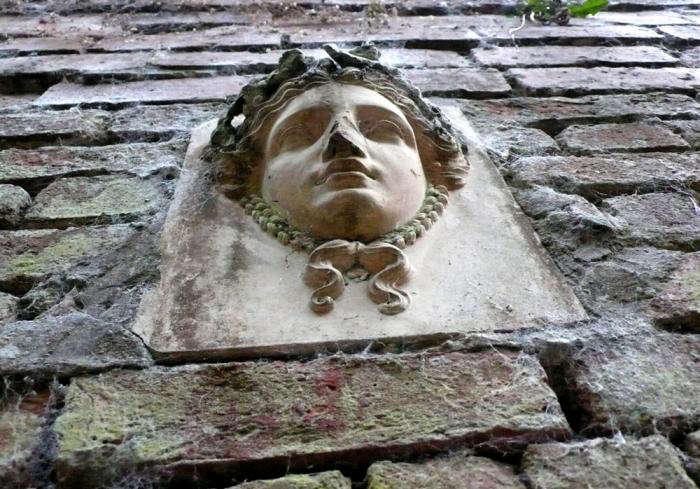 Above: In the gardens Mrs.Tree (as Nancy Lancaster was then known) shared ideas with Norah Lindsay, a talented maverick who would balk at the term “garden designer.” Together Nancy and Norah gave the gardens at Kelmarsh an exuberant and rather feminine atmosphere. This is one of a series of female faces bought by Nancy at auction and found on the walls of the garden and stable yard. 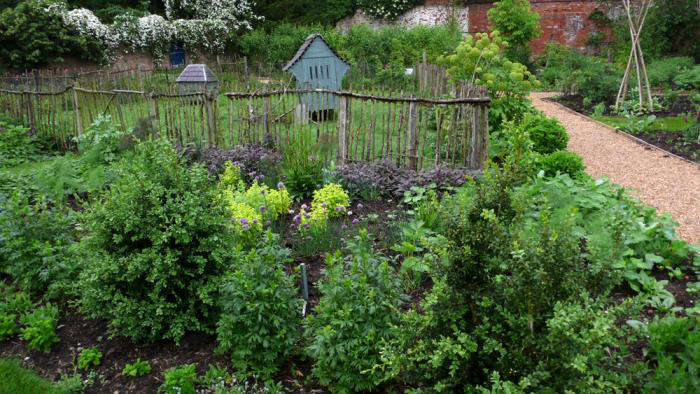 Traditionally the domain of men and boys, the walled garden does have straight lines with brassicas and onions but it also tolerates self-seeded flowers. Nasturtium, opium poppies and feverfew help to blur the lines. 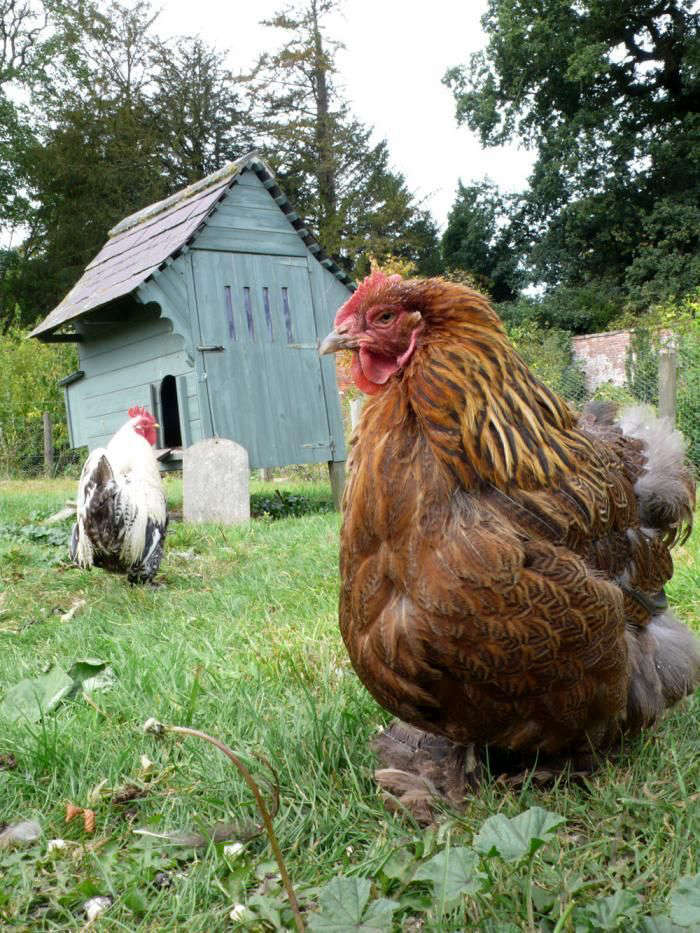 Above: Chickens gobble up greens which would otherwise be destined for the compost heap. Though surrounded by temptation, they are fenced in, with an elaborate chicken chalet for comfort. 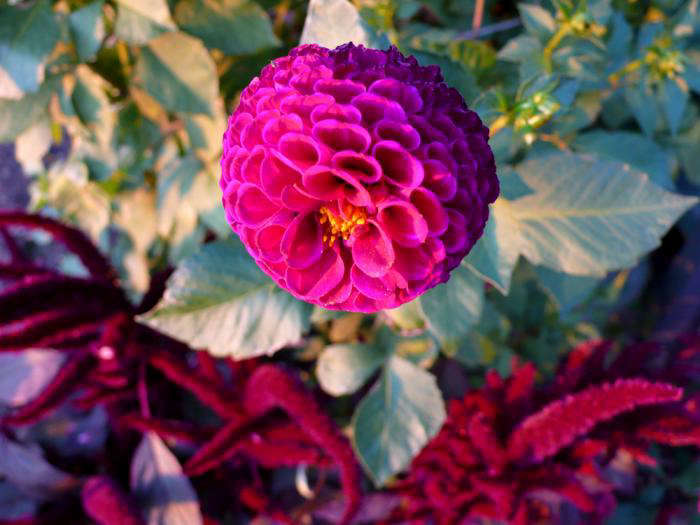 Above: The exuberant planting continues today, with no shortage of charm. Dahlia Moor Place. 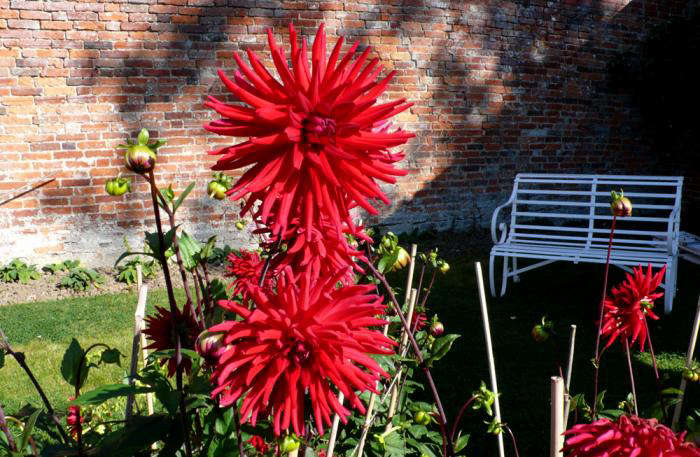 Above: The sense of riot and disorder is carefully planned. Dahlia Doris Day.

Above: Dahlias belong to that cyclical group of plants which were very popular in old-school gardens, lashed to bamboo poles with white string. They have found favor again with different colors, new admirers, and more subtle methods of staking. 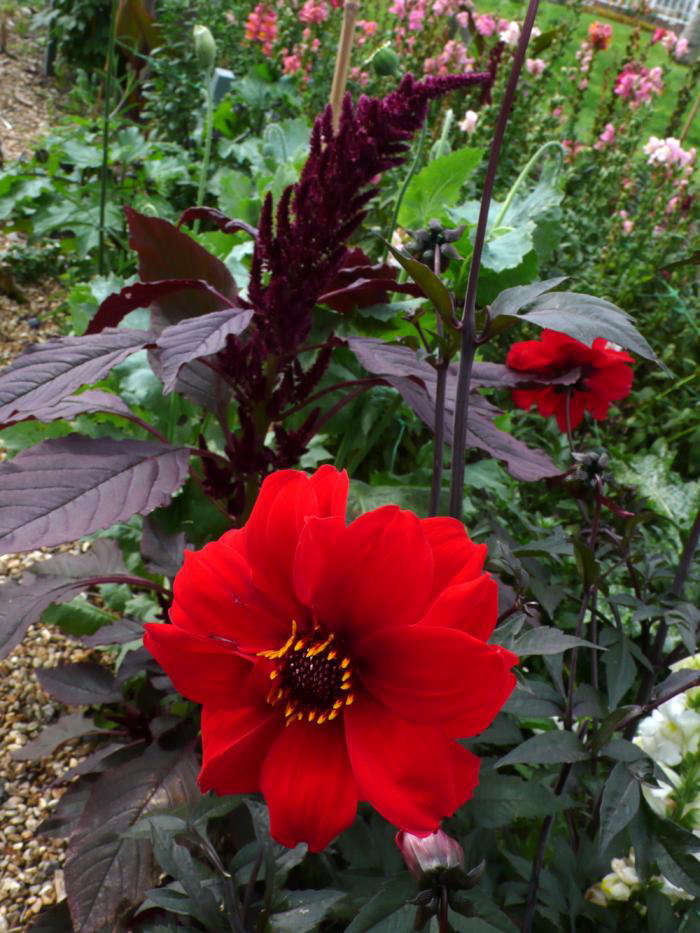 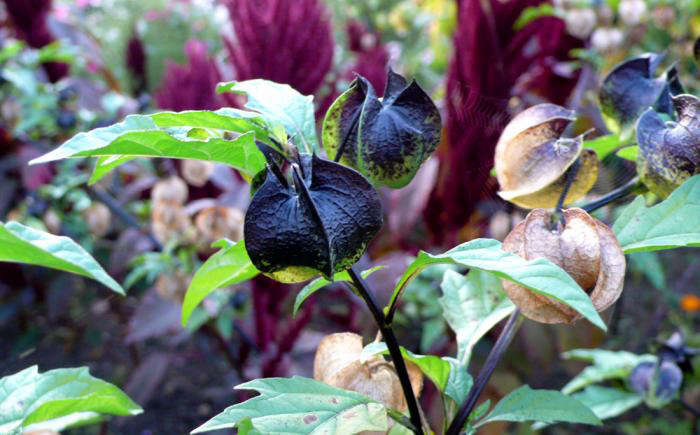 Above: Nicandra Physalodes, a favorite with Victorian nursery men for keeping flies out of glasshouses. Also known as ‘shoo-fly’, it hails from Mexico and is toxic as well as being massively prolific. 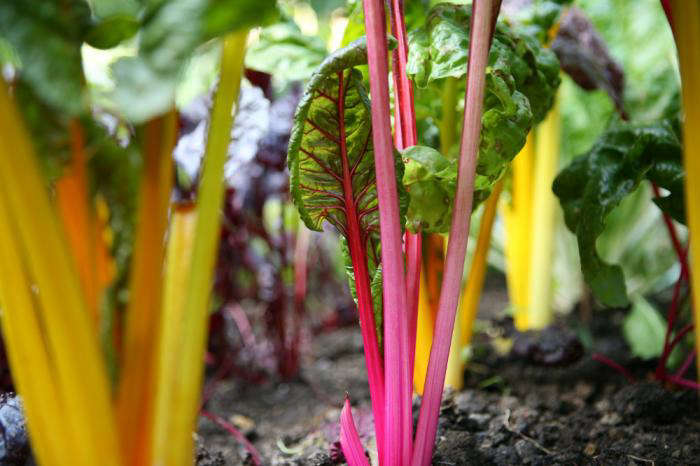 Above: Cut flowers for the house was just one of the expectations from a walled garden. Its main purpose was food production. Shown here: rainbow chard. 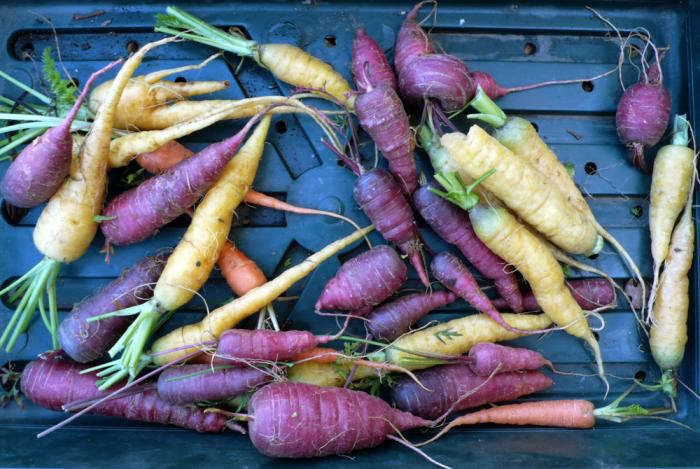 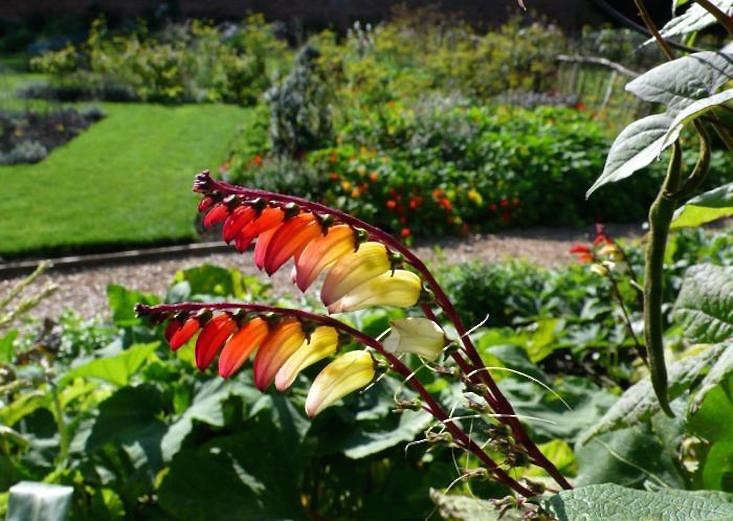 Above: Kelmarsh Hall earns part of its living as a wedding venue, and the wedding flowers often come from the walled garden. With its history of style, there has to be a high yield of cut flowers for every day tours of the house as well as for special occasions.