Is it safe to eat food grown in city air, where some days smog and traffic-exhaust fumes feel like a heavy blanket that’s smothering your edible garden? To answer this question in our second installment of The Novice Gardener in the City, this week I interviewed Dr. Sam Wortman at the University of Illinois at Urbana-Champaign. Here’s what I learned:

(N.B.: In last week’s installment of the Novice Gardener, we explored the toxicity of city soil (hello? lead levels!). For more on that—and more from a 2013 Review by Wortman and Sarah Taylor Lovell published in the Journal of Environmental Quality—see The Novice Gardener: Is It Safe to Grow Food in City Soil?) 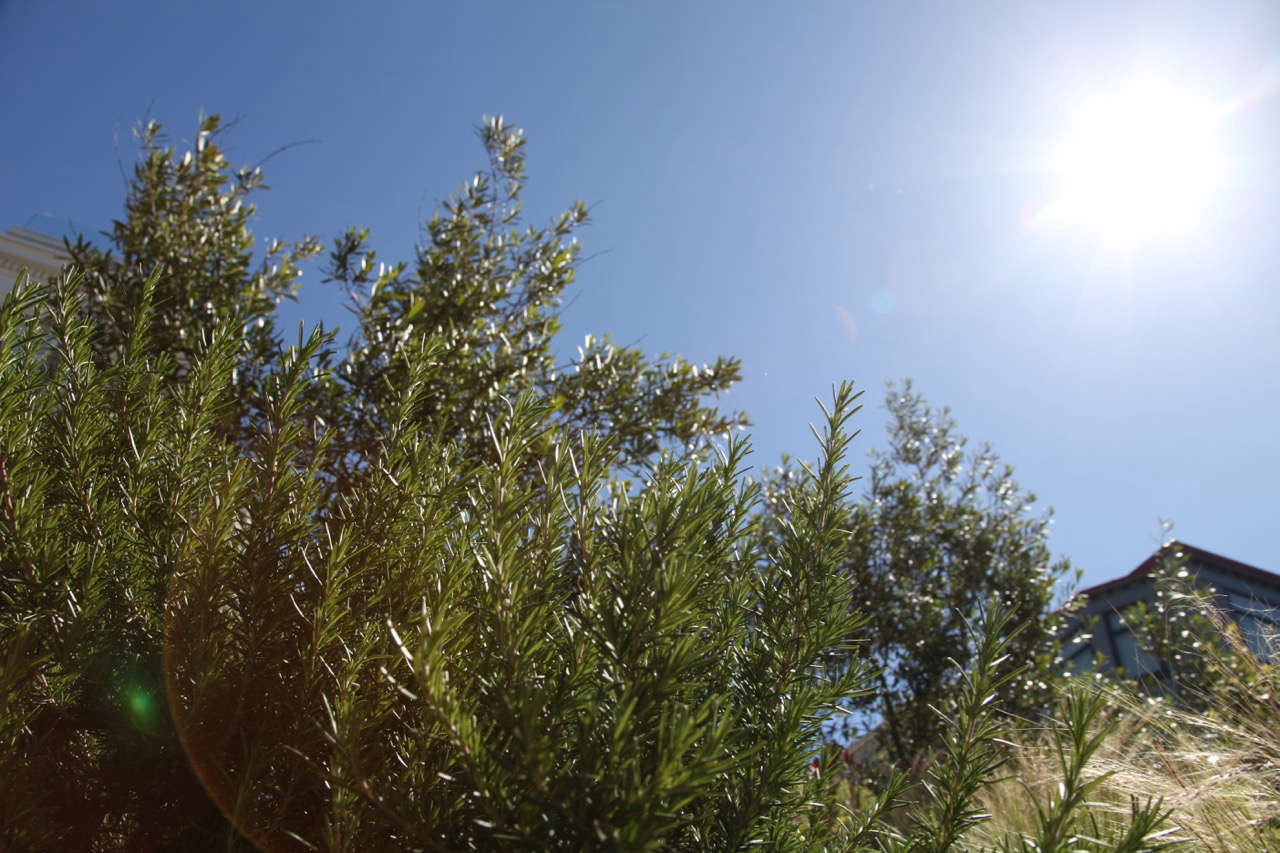 Above: A rosemary bush and olive tree in a San Francisco city garden. Photograph by Meredith Swinehart.

Atmospheric conditions including temperature, wind, and humidity can vary between urban and rural environments, as do concentrations of greenhouse gases like ozone, carbon dioxide, and nitrous oxide—which are higher in cities mostly due to traffic emissions.

Real threat: None, at least in terms of eating urban produce. According to the Wortman and Lovell study, “The impact of gaseous pollutants on urban agriculture will typically be limited to changes in crop physiology and should not threaten the health of consumers eating the crops.”

Why: Varying concentrations of gases can have myriad effects on plants, from changing a plant’s growing season to its ability to produce fruit, but such gases are not known to affect the plant in any way that might harm the health of the person eating it. “There is no concern with atmospheric gas as a pollutant,” Wortman told us. “It’s just a plant growth concern.” 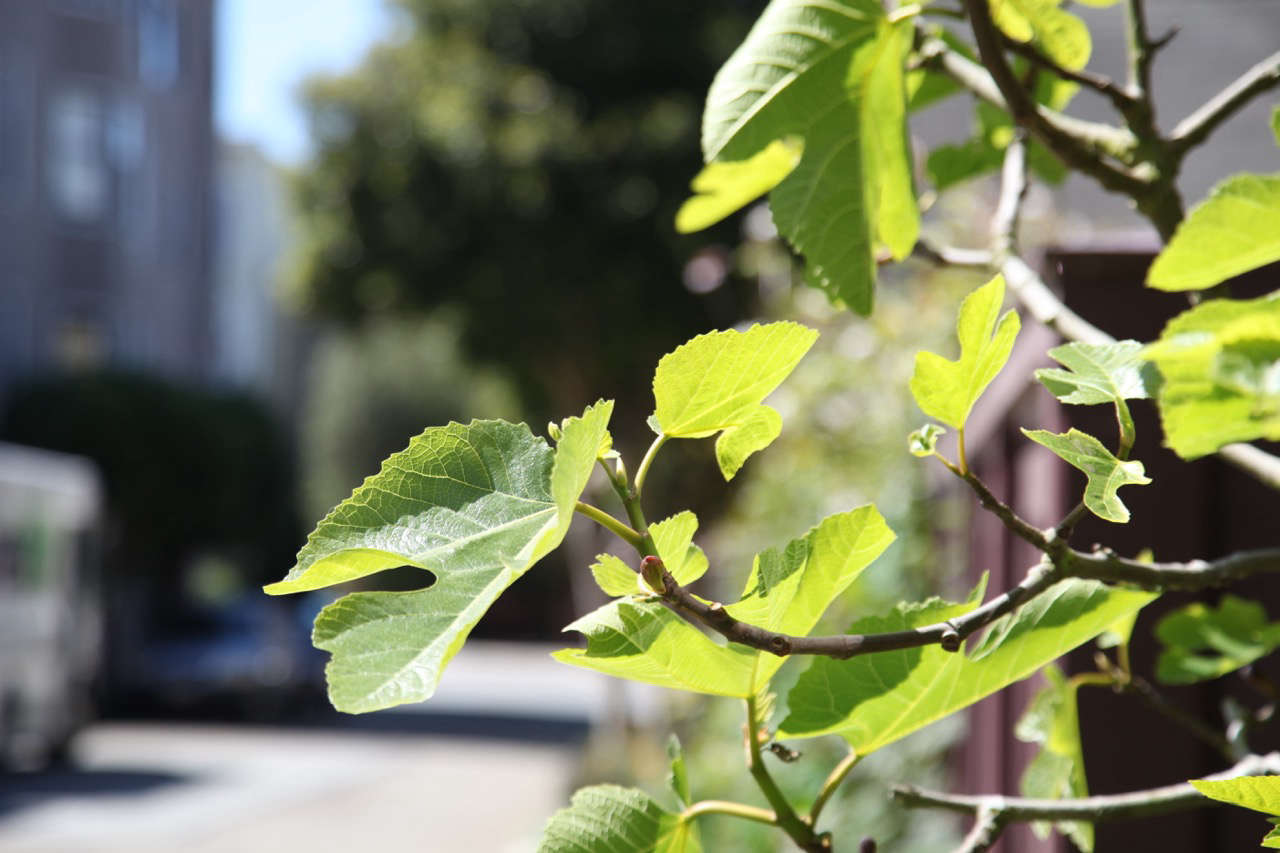 Above: A fig tree growing streetside in San Francisco. Photograph by Meredith Swinehart.

Our discussion of Soil Contamination focused on heavy metals (specifically lead, a neurotoxin) and PAHs (carcinogenic particulates that result from incomplete combustion). But such “soil problems can also be air problems,” according to Dr. Wortman. We also wondered about the particulates in diesel exhaust—a known carcinogen and a daily presence outside my city window. 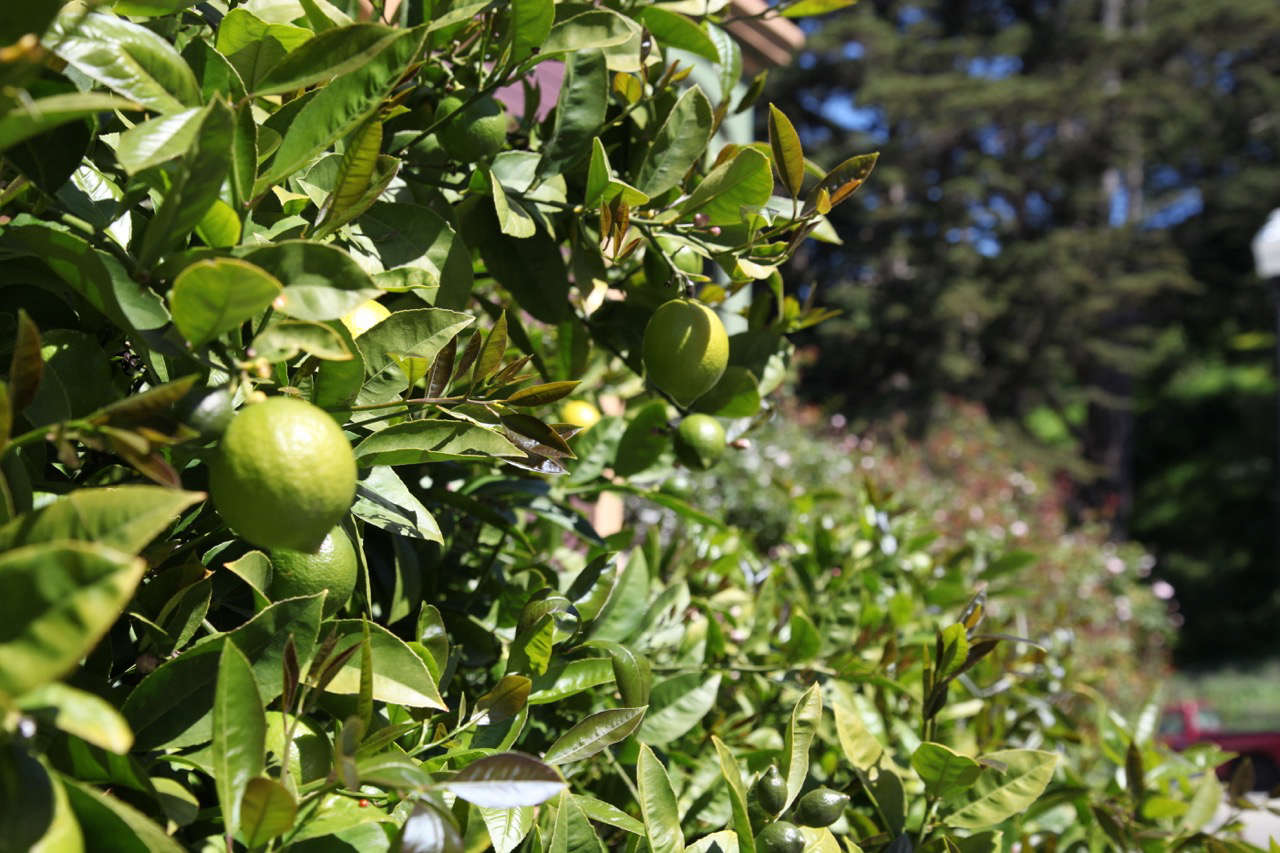 Above: Limes near a parking lot in San Francisco. Photograph by Meredith Swinehart.

Perceived threat: Airborne particulates such as lead and diesel soot will coat urban plants as they grow. The plants might absorb some of these toxic or carcinogenic substances, and at very least the particulates will collect on the surfaces of plants over time.

Real threat: Inhalation of the particulate matter is a very real public health concern, but is not unique to gardeners or consumers of urban produce; it’s a health concern for all city dwellers who breathe urban air. Ingestion of lead or diesel soot is also a concern.

Why: “It is certainly possible for all minerals (including heavy metals) to be taken up through leaves,” says Dr. Wortman, but existing research does not point to this being a common problem. (For example, this study demonstrates lead absorption through leaves, but “this is a fairly extreme example; the experiment was downwind from a lead-battery recycling facility.”)

Washing produce in detergent before eating it has been demonstrated to remove surface deposits of lead-contaminated soil, according to a study published in Science of the Total Environment. We could not find research on the efficacy of washing produce to eliminate diesel soot or other particulate matter, but we also could find no research to suggest that diesel soot actually accumulates to any measurable extent on urban food crops.

Dr. Wortman thoroughly washes his own produce before eating it, and offered the following advice: “The easiest thing is washing produce—it really does make a difference. If you don’t wash it, it’s still a relatively small risk, but to take the risk down to a negligible level, wash it, even just with tap water.”

Follow along with the Novice Gardener as we address water safety in edible gardens in the next edition of this series. In the meantime, learn from some previous queries, including Will A Poisonous Plant Really Kill Your Pet? and How Did I Kill My Lavender?