It all started when a close friend refused to eat the rosemary I’d cut from my window box on the grounds that it was “polluted.”

Touché—the window box off my ground-floor apartment in San Francisco indeed overlooks one of the busier intersections in the city, traversed daily by thousands of cars, hybrid-electric city buses, even the hated diesel Google bus. I am reminded of its urbanity constantly: When I lean out my window to plant or water I can’t avoid awkward eye contact with bus riders. Last week I found a pair of chopsticks and a handful of potato chips had been lovingly discarded in my window box. (It’s luckily out of arm’s reach for the average passerby, but well within tossing height.) But before my friend’s momentous refusal, I admit I hadn’t thought once about the safety of eating what I was growing out there.

So, is it safe to eat fruits, vegetables, and herbs grown in urban environments? Is your backyard basil and fire escape fennel doing you more harm than good?

We consulted a 2013 review paper called Environmental Challenges Threatening the Growth of Urban Agriculture in the United States, by Sam Wortman and Sarah Taylor Lovell of the University of Illinois at Urbana-Champaign. We learned that issues of urban agricultural safety generally fall under three main categories: soil contamination, air pollution, and water safety. We’ll look at both the perceived and real threats of each in the next couple of weeks. First up is soil contamination: 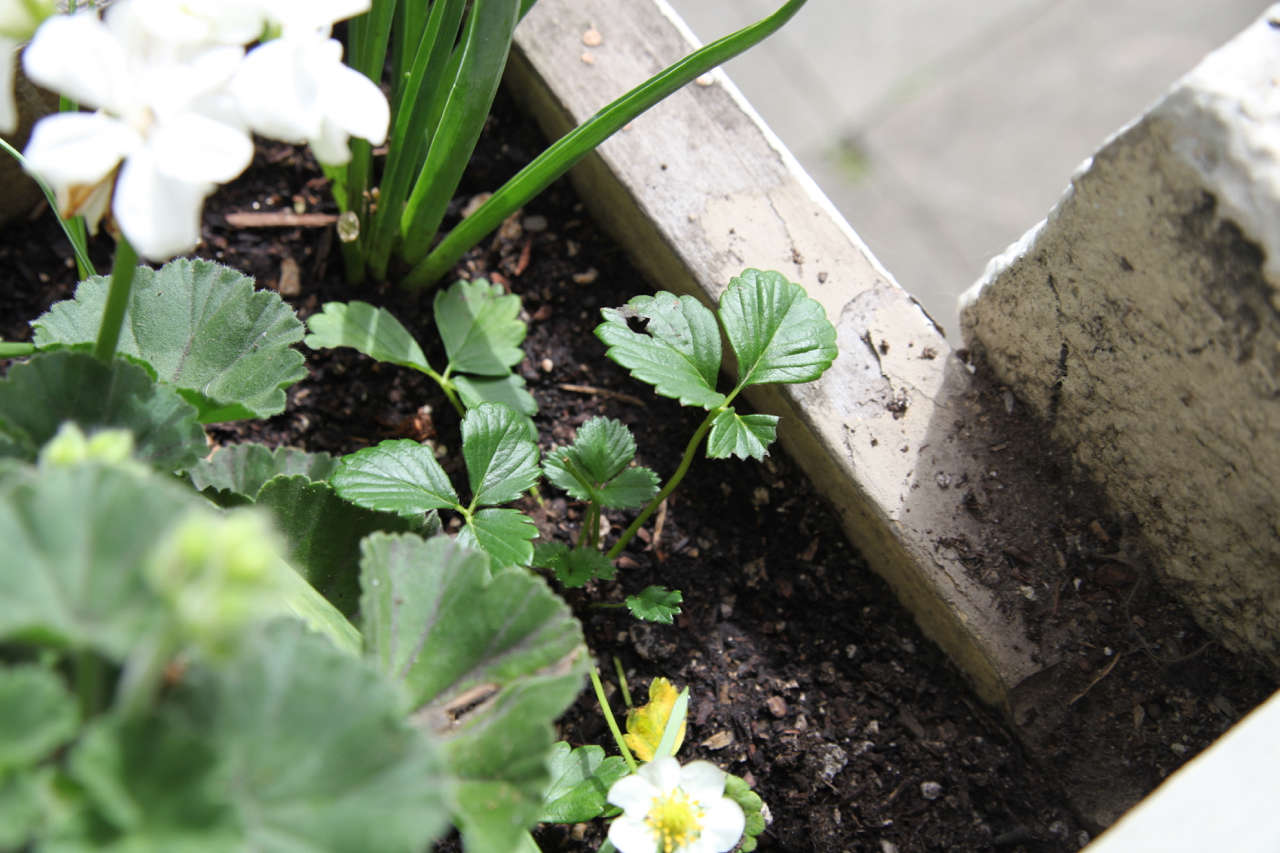 Above: I just planted this tiny strawberry in my window box. It’s surrounded by chipping paint, which is all but guaranteed to contain lead (according to my landlord). Photograph by Meredith Swinehart.

Contamination in urban soils may be the subject of most popular concern about urban produce. Inorganic contaminants include arsenic, mercury, cadmium, and lead, the last being the biggest problem by far. A 2008 study found lead concentrations in Chicago city soils to be 20 times higher than in nearby rural soils, and a 2006 study found that 88 percent of gardens in Boston had soil concentrations of lead greater than the EPA threshold for lead remediation. 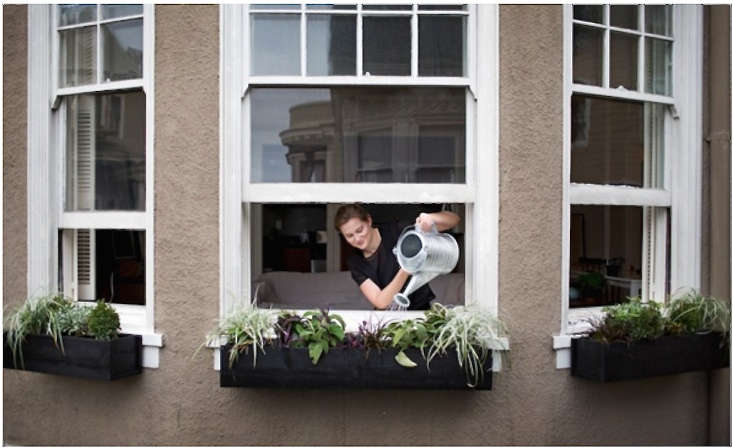 Above: I can lean out the window to water my plants. Photograph by Liesa Johannssen for Gardenista.

Though US phase-out of lead in gasoline began in 1970 and paint in 1978, years of use mean the heavy metal lingers. In urban environments, roadside gardens are typically the most heavily contaminated with lead, due to the legacy of leaded gasoline, followed by neighborhoods with aging housing stock, due to lead paint.

What’s worse, heavy car traffic tends to disturb soil and send it into the air—”atmospheric suspension” is the technical term—meaning it’s likely to contaminate even healthy nearby soils, settle on the surface of fruits and vegetables, and be inhaled into gardeners’ lungs.

Perceived threat: Plants grown in lead-contaminated soil will absorb the lead, making them unsafe to eat.

Real threat: The soil itself. “The biggest threat to urban farmers and gardeners is the direct ingestion of lead” via airborne contaminated soils “or soil adhering to unwashed produce or hands,” according to the Wortman/Lovell study.

Why: Research suggests that the uptake of lead in plants is minimal in most species, with concentrations lowest in fruits and highest in roots. To put it in perspective, “Assuming a balanced diet, consumption of produce within this concentration range would equate to less than 25 percent of the total lead typically consumed in tap drinking water.” 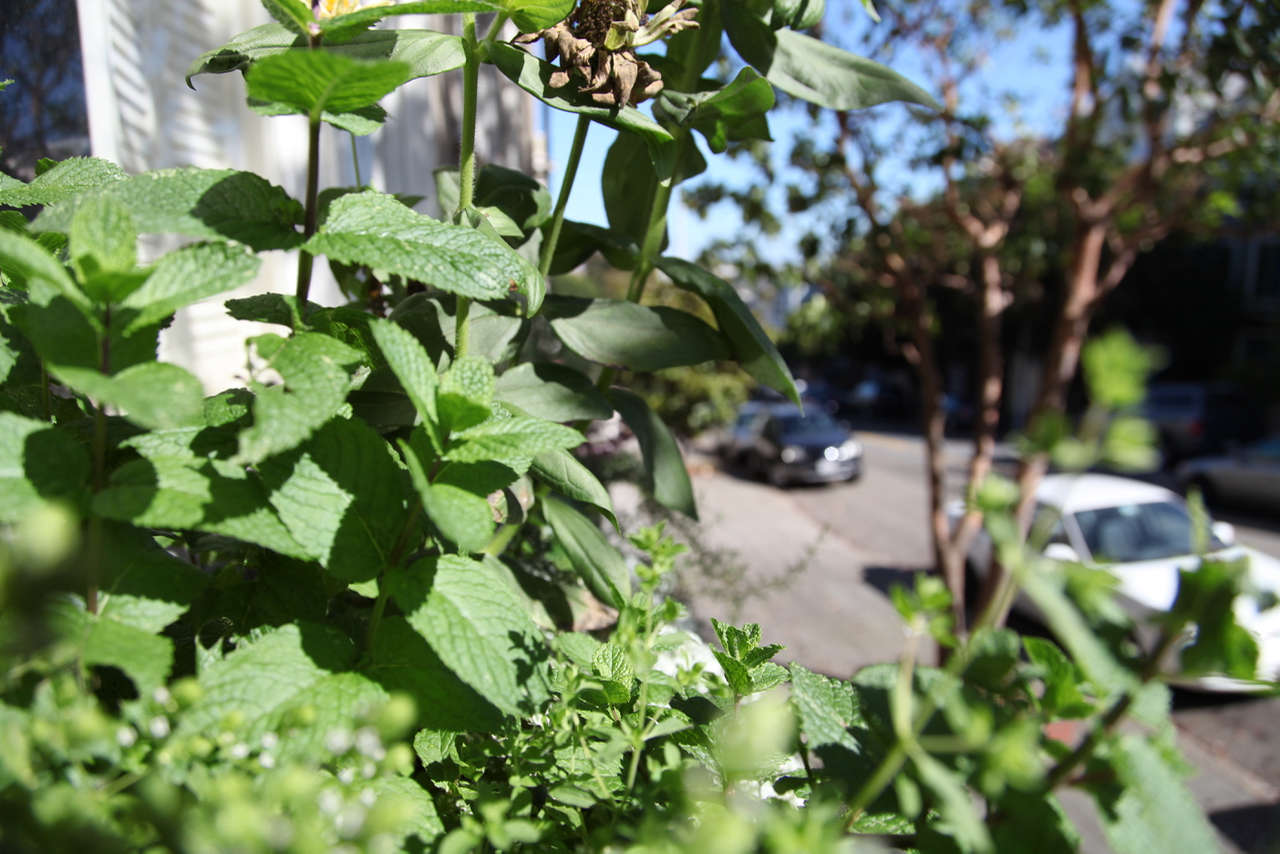 Above: Mint and oregano were my primary crops in last year’s window box, which is perched right over a busy street. Photograph by Meredith Swinehart.

In addition to lead, there is an organic threat to soil health as well: polycyclic aromatic hydrocarbons, or PAHs. These are particulates that result from incomplete combustion in vehicles, oil refineries, and asphalt production. Many PAHs are carcinogenic.

Perceived threat: Plants grown in contaminated soil will absorb the PAHs, making them unsafe to eat and potentially carcinogenic.

Real threat: Research suggests that the biggest threat is if gardeners ingest or inhale the contaminated soil. Plant uptake is not a primary concern, though PAHs may be deposited on plant surfaces.

Follow along as we address issues of air pollution and water safety in urban growing environments over the next two weeks. In the meantime, browse some mostly rural gardening inspiration in The New Vegetable Garden: 13 Favorite Edible Backyards.

Click and Grow: A Miniature Herb Garden for a Kitchen Countertop

Plant-Based Diet: How to Grow 5 Delicious Foods You Never Find in Shops