Today online magazine Freunde von Freunden publishes an exclusive interview with San Francisco woodworker Jay Nelson, a Facebook artist-in-residence whose “slightly subversive” projects worry the facilities team (“they’re all about making sure no one even gets a scratch”). His hanging sphere meeting room, for instance, now has a steel frame to hold it steady.

This does not deter Nelson from pushing the limits. Nelson told interviewer Zachary Slobig that he also builds tree houses, converts cars to campers, makes surfboards, and is in the process of adding to his Outer Sunset house a dining room addition built of scavenged wood:

Photography by Kenny Hurtado via Freunde von Freunden except where noted. 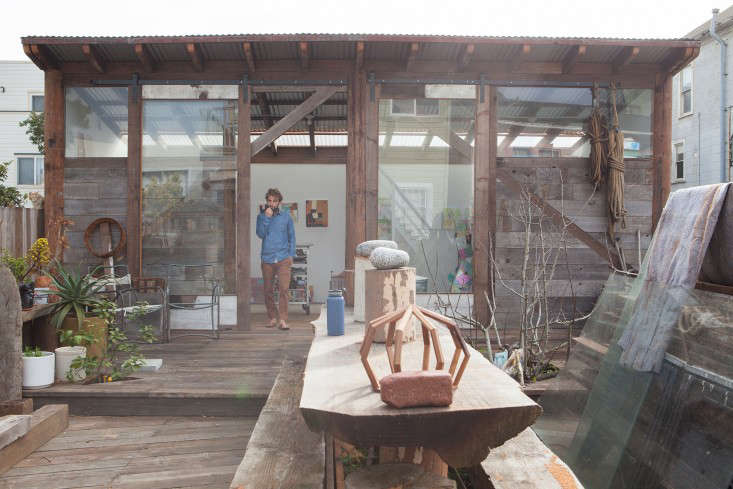 Above: At home on the foggy western edge of San Francisco, Nelson shares a flat with his wife, painter Rachel Kaye, and their one-year-old daughter, Romy. 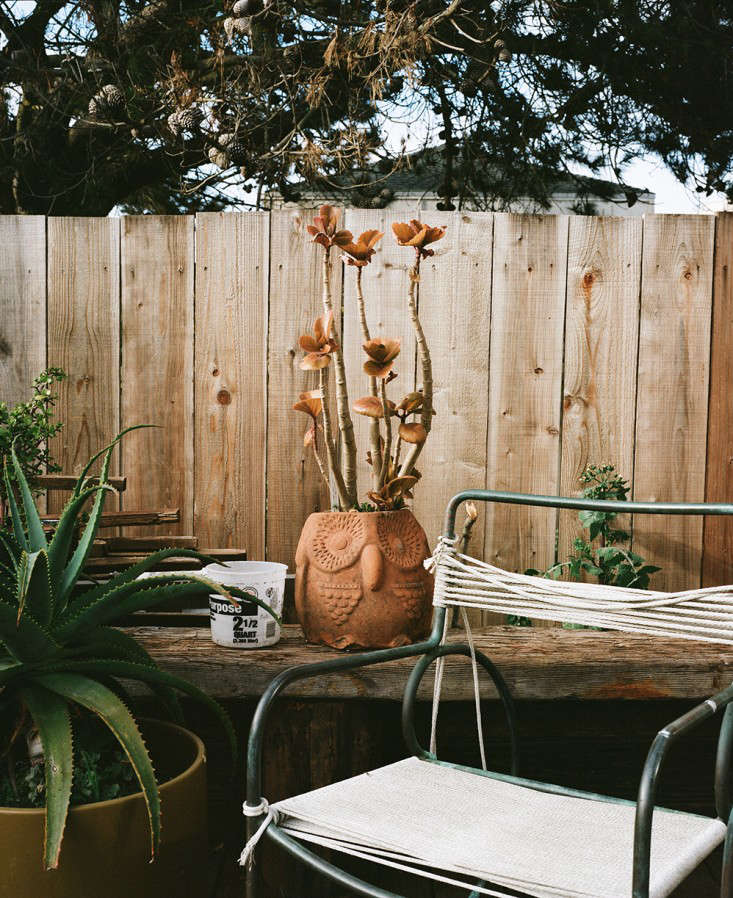 Above: In Nelson’s backyard, succulents reach for the sun. 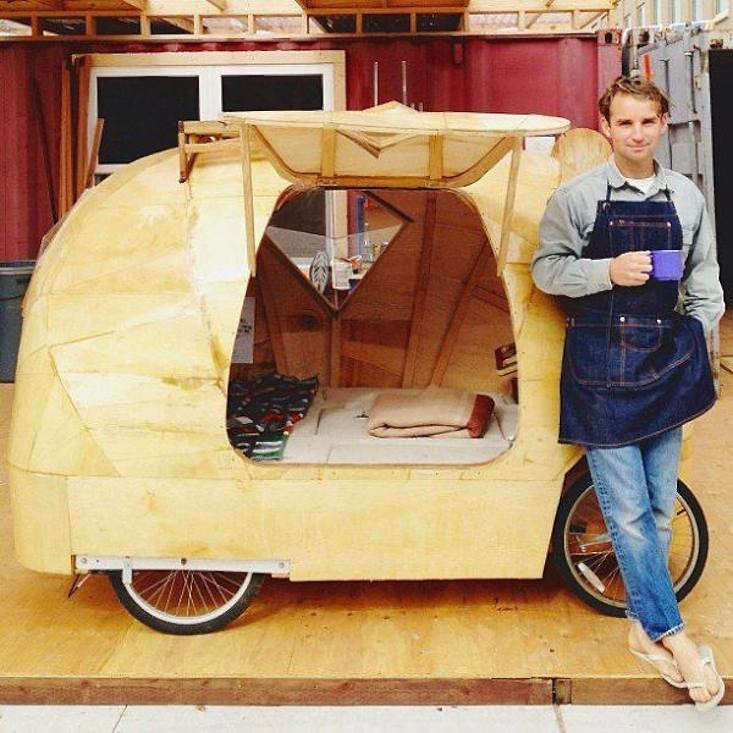 At Facebook, “I was the first person to do an artist residency there. I feel like in San Francisco there’s a lot of tension between the tech community and everyone else,” says Nelson. “I think it’s really cool that they’re bringing two different groups of people together that don’t necessarily understand each other. The other great thing about Facebook is they pay you what an artist should make and they have no problem with it.” 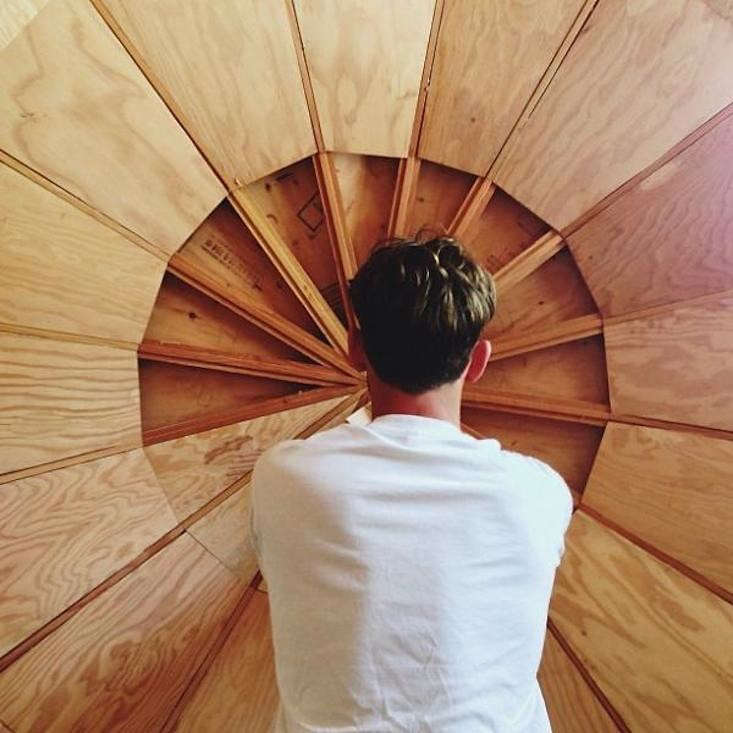 The first thing Nelson ever built was a treehouse (of sorts) when he was 9. “I would nail found pieces of wood on the tree and just keep doing that until there was thick layer of wood on top of everything,” he says. “It got so crazy and the tree was so mangled that my dad was like, ‘Listen, I’ll buy you all the material to build a skate ramp if you take all that wood out of the tree.’ “ 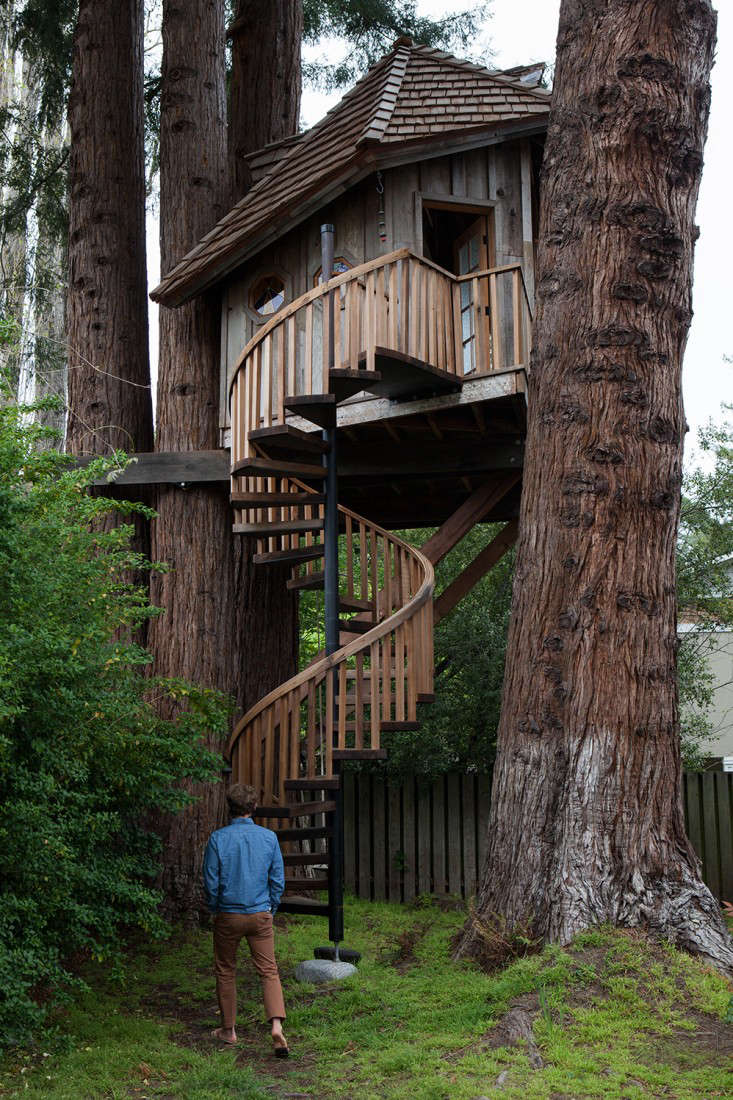 Above: A spiral staircase leads to a tree house loft. 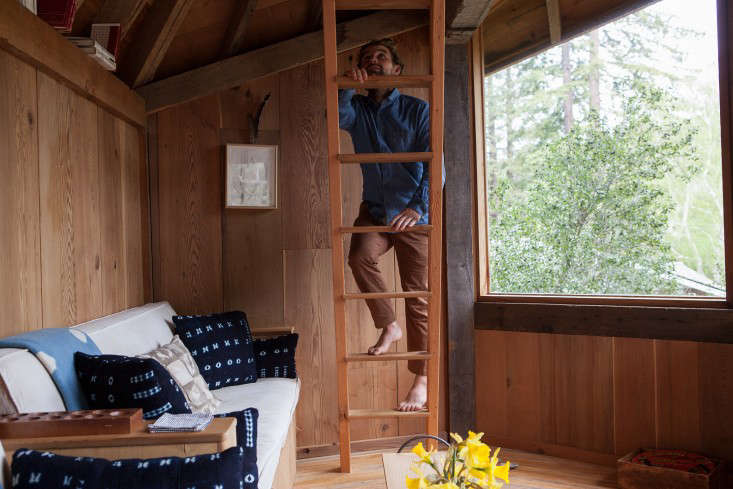 Above: Inside the tree house, the walls are paneled in wood. 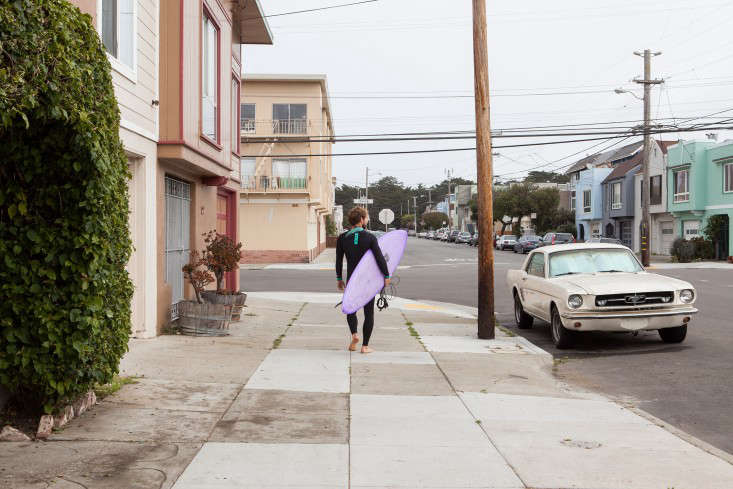 Above: “I definitely love surfing and it’s a huge part of my life, but if you want to dedicate your whole time to it you have to live a life revolving around what the waves are doing. Sometimes that feels like a curse,” says Nelson.

For more of our favorite surf shacks, see: