“It all began when we were invited to see our friends’ cabin in Topanga Canyon,” says Mason St. Peter, of how he discovered the Southern California artists’ enclave imbued with decades of mystical bohemian lore. For designer and builder St. Peter and his wife, artist Serena Mitnik-Miller, it was love at first sight when they met the sleepy town that neighbors Malibu. After a search for a rental proved fruitless, the couple, avid surfers, decided to build their own “happy place,” a 120-square-foot cabin six miles from the beach.

The design phase was quick–”maybe a few days collaborating with Serena”–but the build, which they did themselves, took a month’s worth of days, spread out over two years. With a bit of elbow grease, weekends devoted to the project, and hip furnishings sourced from their owned and operated General Store (See Michelle’s Visit to San Francisco’s Foggiest Backyard), it’s become a place the SF-based free spirits find themselves visiting as often as every other weekend. 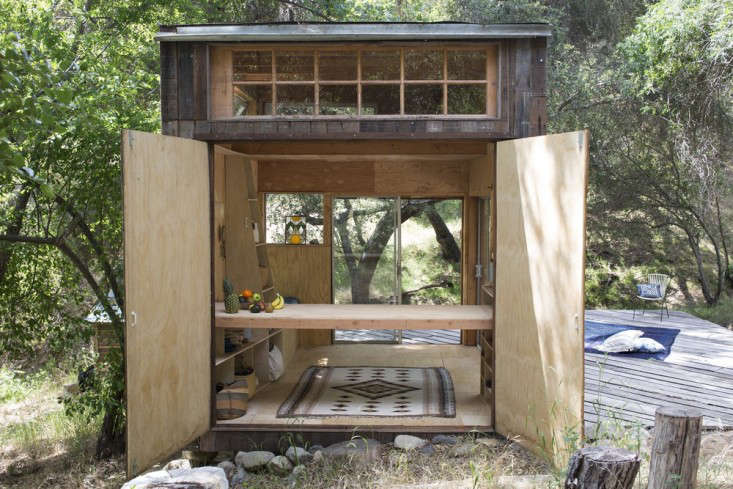 Above: “It’s for relaxation solely,” says Mason St. Peter and Serena Mitnik-Miller of their 120-square-foot cabin in Topanga Canyon.

Above: The couple positioned their cabin so the sliding doors face south, and sunshine is filtered through a grove of trees. For dreamy shots of California sun, see St. Peter’s Instagram feed. 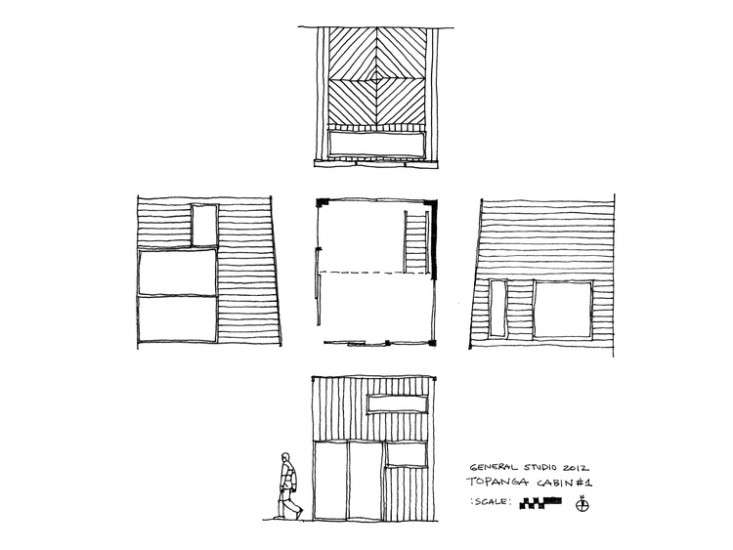 Above: The couple, who fell in love with Topanga Canyon at first sight, drafted plans for their surf shack when they couldn’t find a rental. 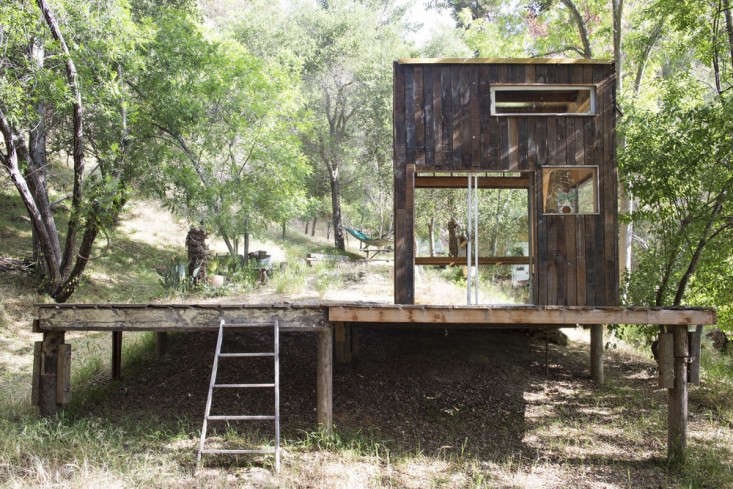 Above: A ladder leads to a 625-square-foot deck, used for star-gazing and spending time with friends. 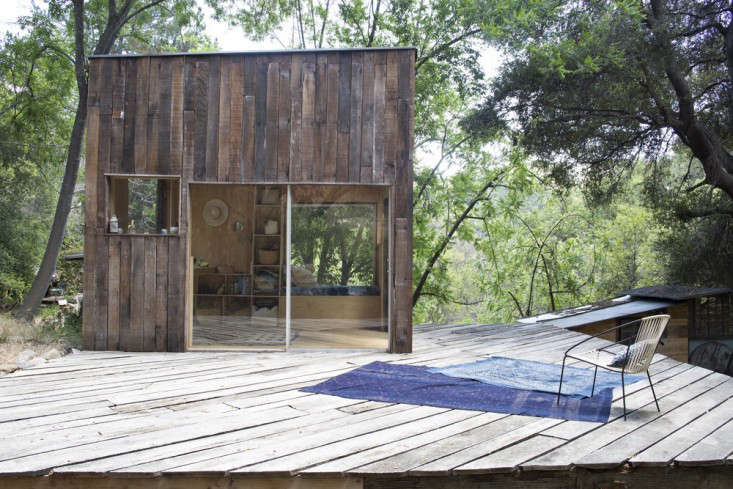 Above: The wood siding, old red cedar, is sourced from Building REsources, a non-profit in San Francisco that carries reclaimed materials for construction. All glass was repurposed from previous job sites taken from St. Peter’s other business as a designer and builder. 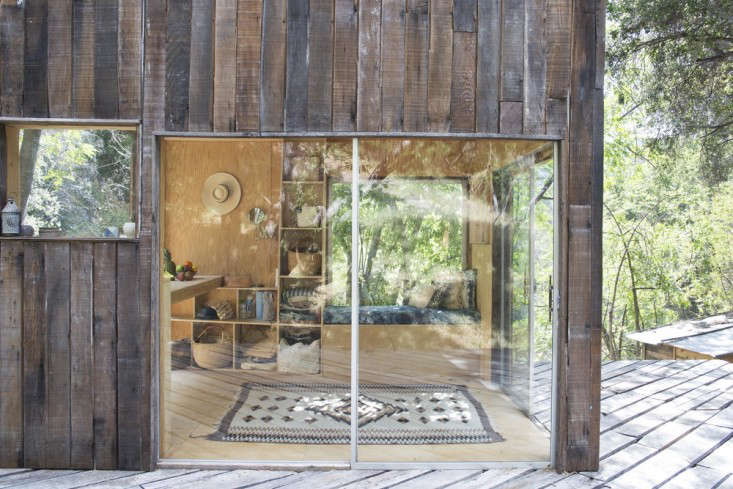 Above: St. Peters credits his wife, Mitnik-Miller, his frequent collaborator, who sourced all furnishings from flea markets and their store. 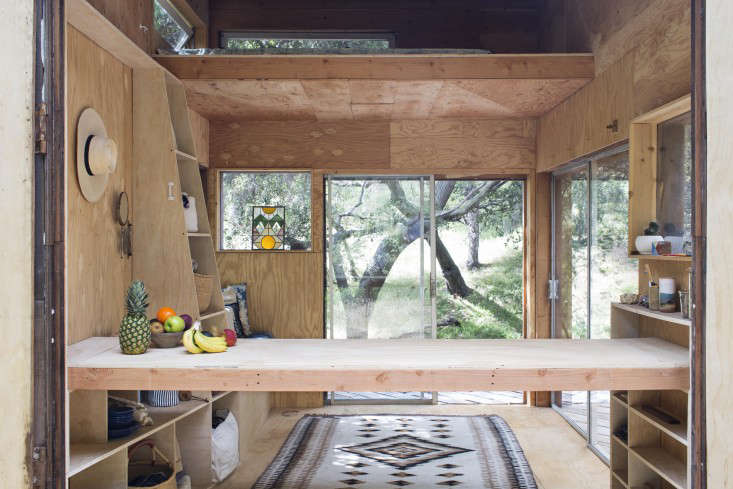 Above: A view from the inside, with a counter made of wood left over from the General Store’s Venice outpost. 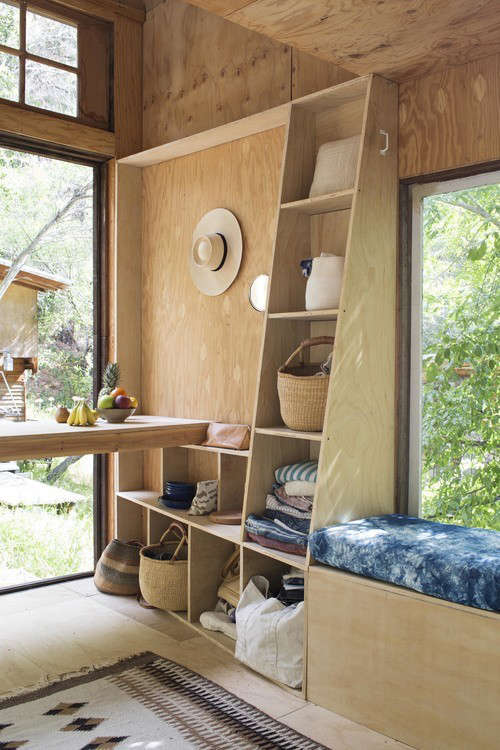 Above: Hand-dyed shibori fabric, also used as dressing room curtains at the General Store, serve as cushion covers for the banquette. Want to shop the Venice store? See Sarah’s Shopper’s Diary on Remodelista.

Above: His and her surfboards outside.