Six LA-based cactus enthusiasts (and friends) recently came together to open Cactus Store, a collector’s mecca offering some of the rarest cacti known to mankind.

Located in the LA neighborhood of Echo Park, Cactus Store is not your typical nursery. The inventory includes a rare selection of cactus specimens sourced from all over the world. The tiny 350-square-foot store is run by a group of a cactus collectors, enthusiasts, and friends: Carlos Morera, (a graphic designer and alum of LA-based Commune Design), along with his uncle Johnny Morera (legendary nursery man and cactus wizard) and four more friends (Jeff Kaplon, Max Martin, Greg Passuntino, and Professor Christian Cummings).

“What separates us from a nursery, and what makes the store a unique entity is that every plant is one or two of a kind. There is something in the cactus collecting game called specimen quality, which is a plant that poses unique or remarkable attributes for its kind. These are the type of plants people put in shows and they cherish for years. We wanted to create a place that offered those types of plants to the general public,” says Morera.

Here’s the story behind the Cactus Store, home to some of the most rare and bizarre cacti in the world. 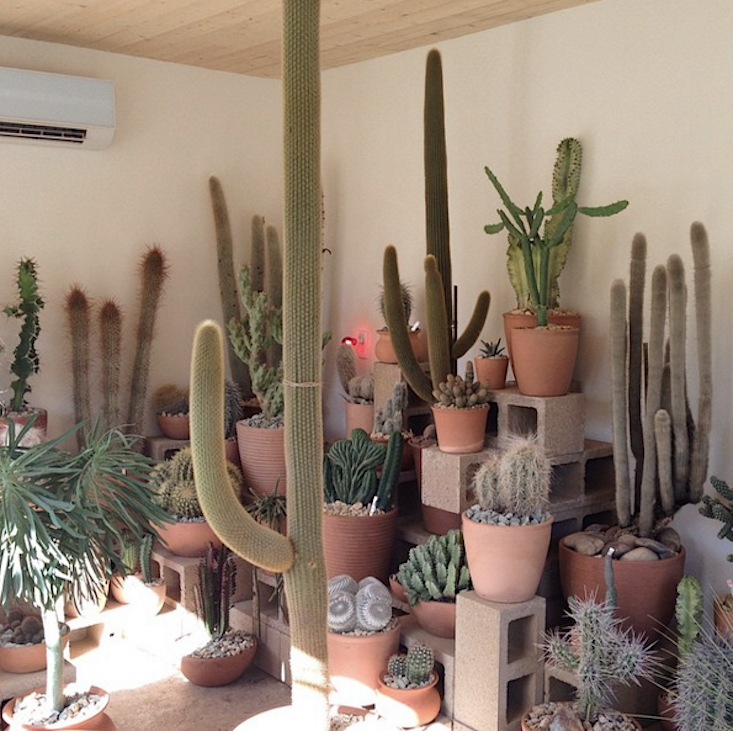 Above: It took two weeks and several trips down to the border of Mexico to hand-pick cacti from various farms, before the store came alive one year ago.

Why cactus? “We believe that they are potentially the most interesting and intelligent plants in the world,” says Morera. “As a plant family, there are a few that have the diversity in form that the cacti have. They are strange: violent yet peaceful, loners yet family men. As any interesting person they have conflicting personality traits.”

The store is packed with 8,000 pounds of cinderblocks, used to display the cacti. “The stacking of the cinderblocks gives a nice topographical effect, mimicking their growth in nature. It’s also modular so we can change the configuration according to the plants we have in the shop” says Morera.

Where do the cacti come from? “Since we’ve all been collectors for many years, we have set venues—farms on the border of Mexico, and a few old growers we’ve visited for years. We sometimes get anonymous tips, ending up in the most bizarre places. For the last three weeks we were in Buena Park transporting one of the craziest collection of cactus we had ever seen. A plumber’s tract home in the middle of suburbia that had a maze of cobbled together greenhouses stretching three acres in his backyard. After walking around the property with my gloves in my mouth (to keep from screaming of excitement), we bought the whole thing. We’re now building our own off-site greenhouse to hold it all,” says Morera. 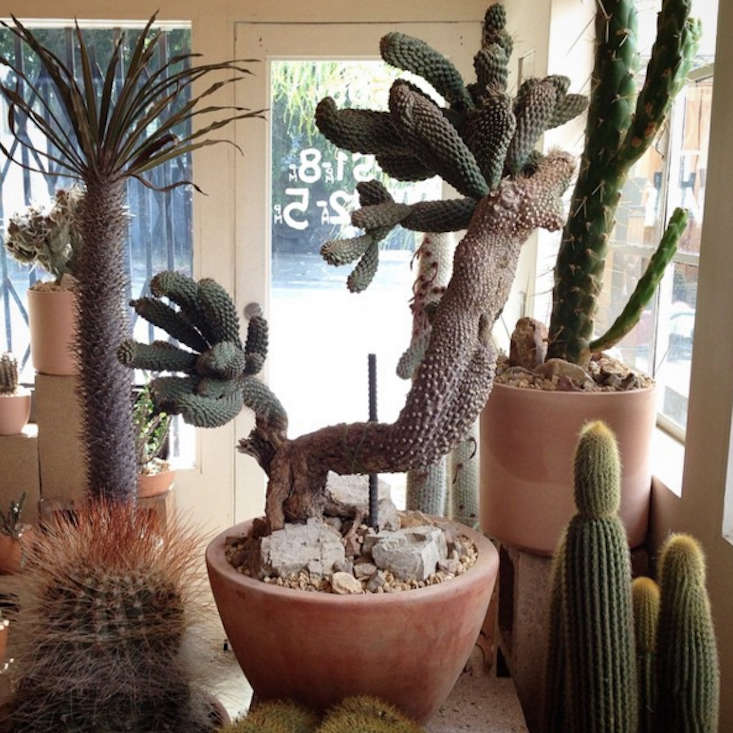 Above: “This ancient Boxing Glove Cholla cactus was found outside of Yucca Valley, CA at an old grower’s property,” says Morera. “It had probably been in the same pot for 60 years—the roots had broken through the pot, and were rooted into the ground. It grew in this wonderful bonsai formation due to years of harsh environment. It was completely covered in a pattern of tiny dots which at first we thought were bugs, but then we realized it had been sandblasted in sandstorms over the years.” 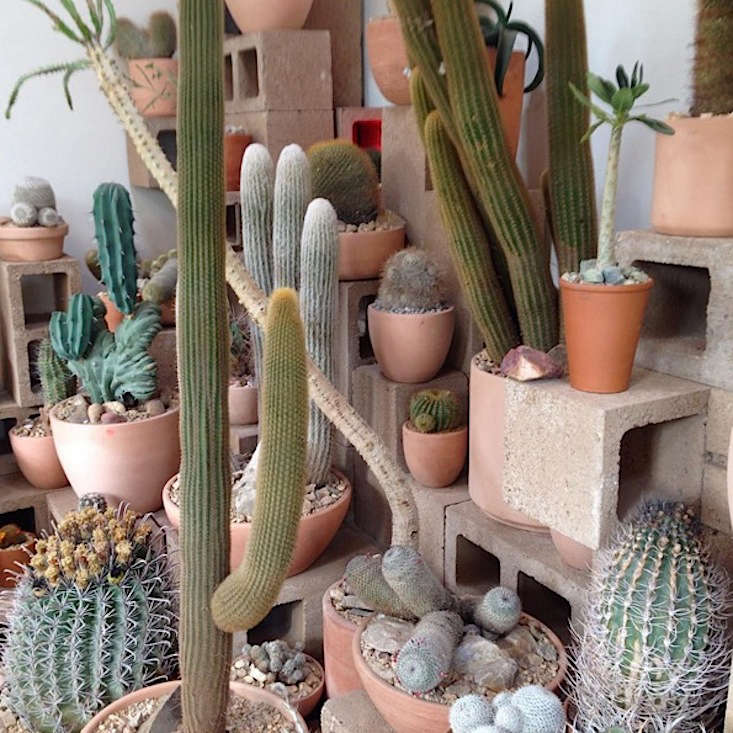 Above: “We’re a collector’s store. Each plant has been selected by us for its unique form and or rarity. Depending on how difficult it was to obtain or how rarely we have seen it in cultivation has a correlating worth. There are some plants that are the size of a marshmallow and cost as much as an 8-foot plant, but that marshmallow-sized plant is 80 years old, only grows in San Dunes in Peru, in a one-square kilometer, on a chicken farm that no one has access to. Owning one of these plants is owning a story,” says Morera. 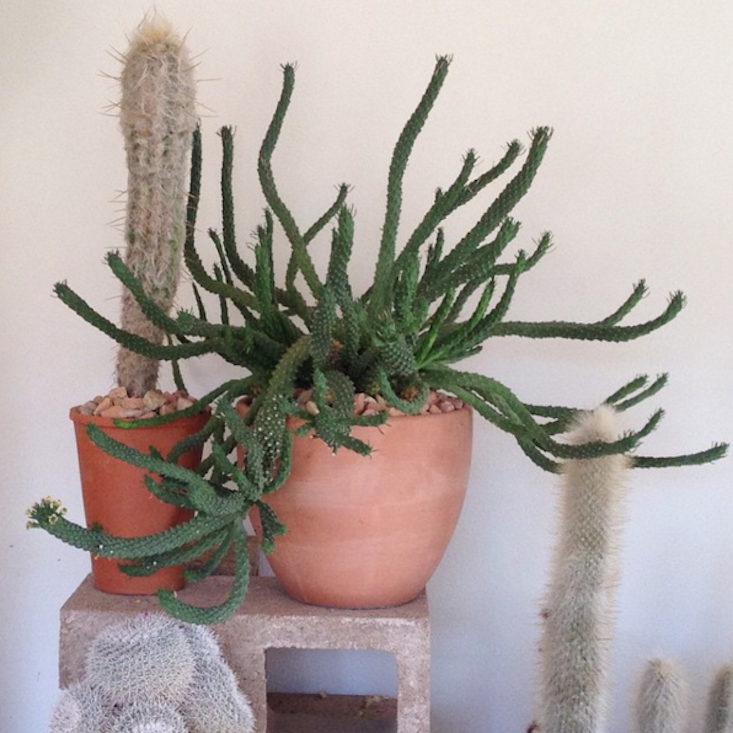 Above: A Euphorbia caput-medusae succulent is a snaky ground crawler. 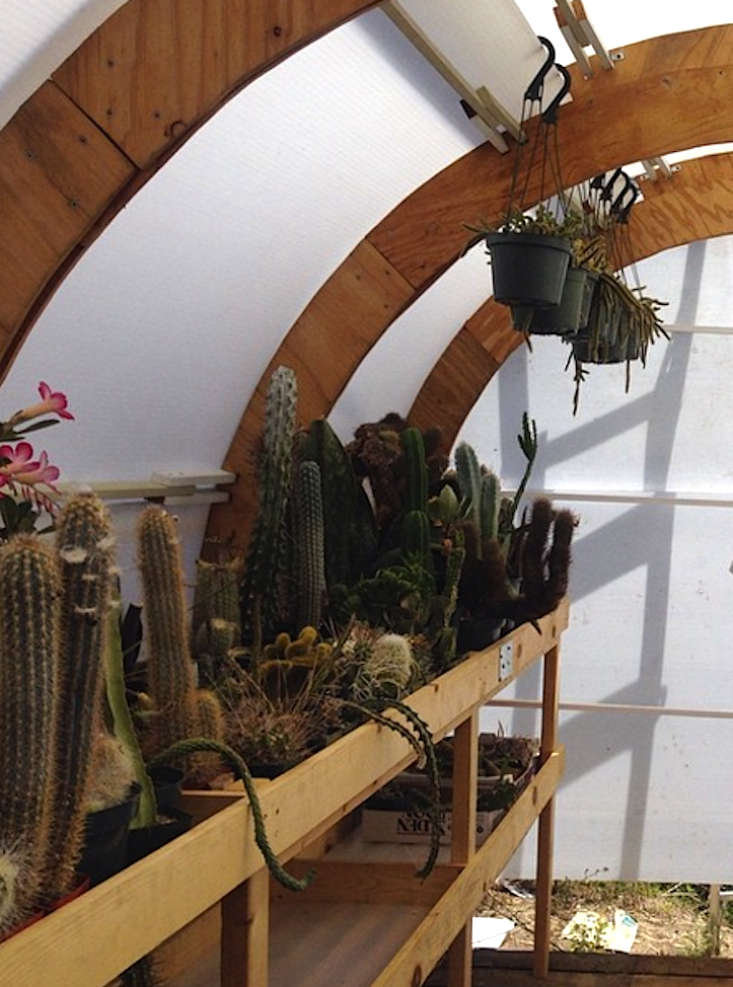 Above: Carlos’s father, Tony Morera, is an LA-based architect and designed one of the store’s greenhouses. “We built it with 20 friends in one day. This has become our growing house, where we keep stock until the plant matures to a size and quality we are interested in,” says Morera. 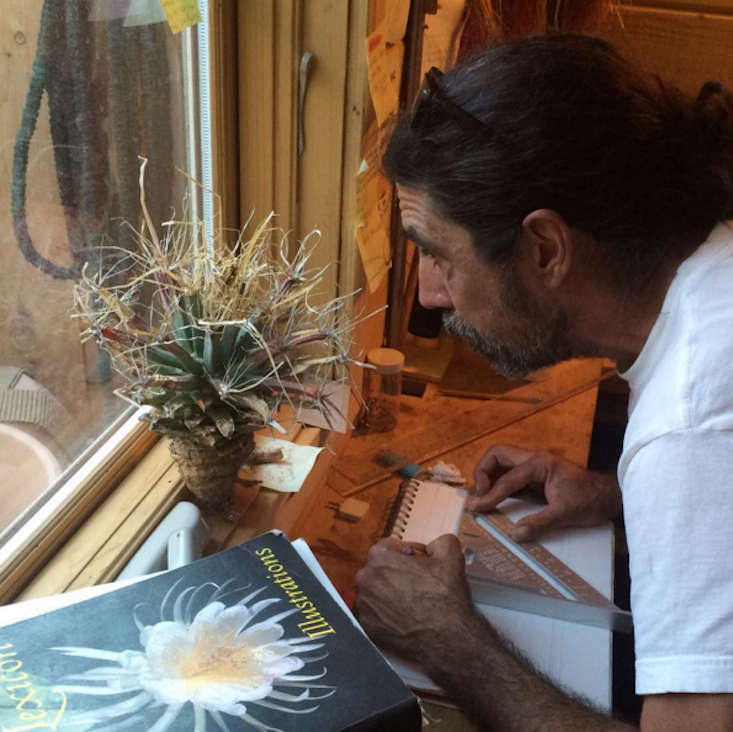 Above: Uncle Johnny working on the sketch for a mini botanical garden for the Cactus Store called Huntington Gardens II. 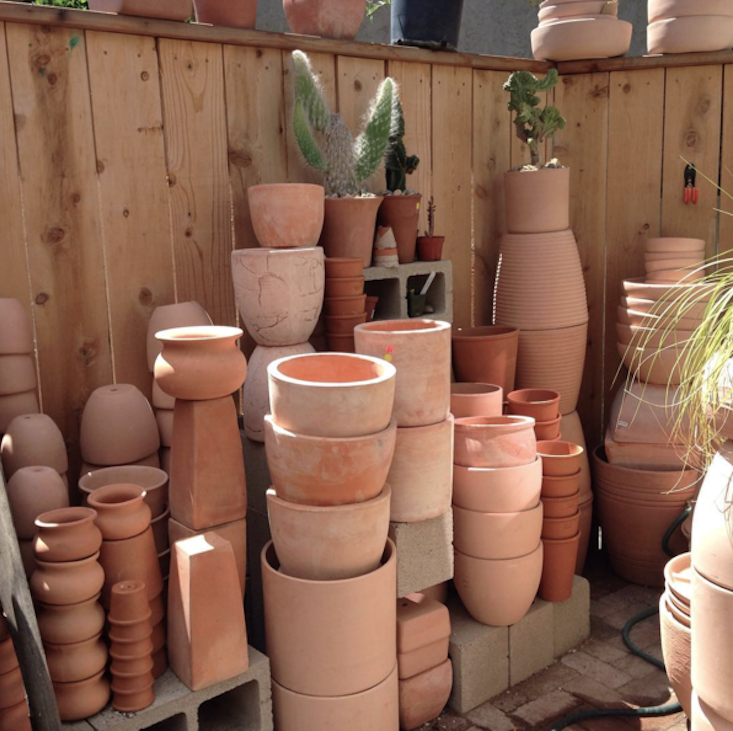 Above: The Cactus Store’s pots are sourced from a Mexican manufacturer and arrive in raw form, without glaze or paint.  Says Morera: “Unglazed pots are much more porous and suck water out of the soil faster than glazed pots. Cactus do not like to sit in moist soil for long periods.”

Johnny Morera and his nephew, Carlos Morera, outside the Cactus Store. Although their shop is a specialty store (with cacti prices ranging from $25 to thousands of dollars apiece), they also consider the shop a public center for conservation, and welcome visitors who come in just to take a look at the rarities.

Architect Visit: A Modern Landscape for a Midcentury Remodel in Melbourne