Even if there were a lot of Irish garden books about, and there aren’t, the reading of this one would be required. The photographs in The Irish Garden are certainly a draw but it’s the voice of the author, Jane Powers (garden correspondent for the Sunday Times in Ireland) which is particularly engaging. Luckily, Jane is on hand to talk us through some of the book’s highlights: 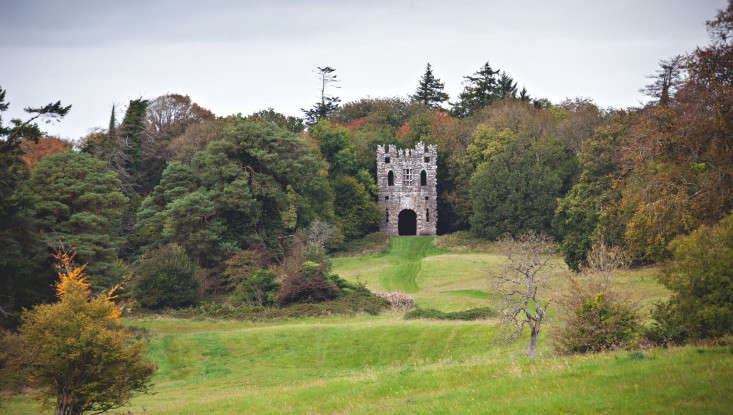 Above: Belvedere House, County Westmeath is home to several follies and gazebos, including this “beauteous” gothic arch, built by the first Baron Belfield in the 1860s.

“The best-known eighteenth-century follies in Ireland are those at Belvedere House,” says Jane. “The ‘Jealous Wall’ is the largest sham ruin in Ireland. It is said that it was built to hide the house of a detested brother. Three stories tall and180 feet long, the dark limestone edifice is a wonderfully gloomy imitation of the facade of a decaying, medieval priory.” 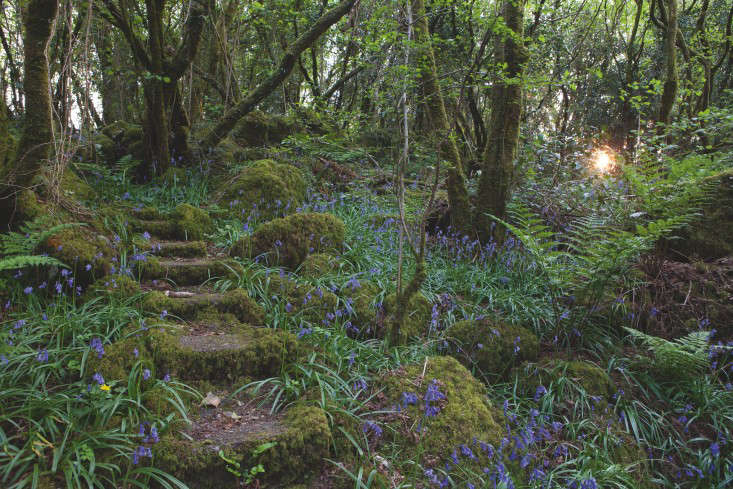 “Lorna MacMahon’s Ardcarraig is on rock and spongy bog, on the edge of Connemara. Its existence is a tribute to the power of one woman with a pickaxe and an unusual determination,” continues Jane. “The woodland that flows through the garden is hazel, and it provides shelter for bluebells and other natives, as well as plenty of exotics.” 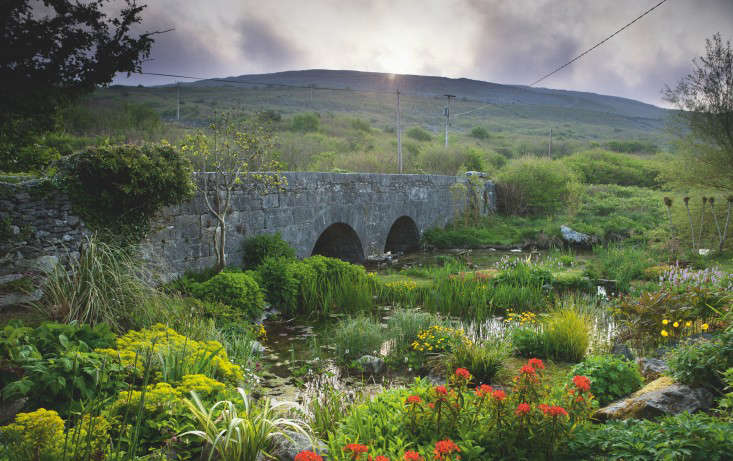 Above: Caher Bridge, perhaps the rockiest garden in Ireland, in the Burren (or “boireann” meaning “rocky place”) of County Clare. The old bridge, made from limestone like everything else, is now part of a walking trail, crossing over the River Caher at the edge of the garden. Pools, planted with native plants including bogbean, marsh marigold and yellow flag iris, connect the river with more detailed planting closer to the house. 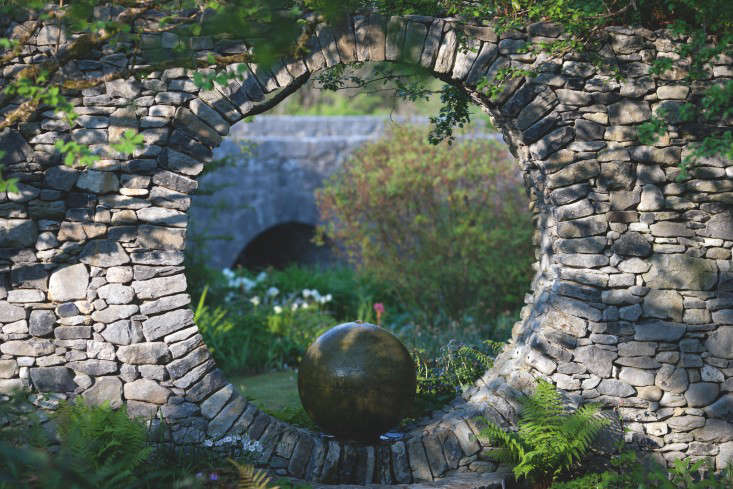 Above: The intrepid creator of the stone and water garden at Caher Bridge is Carl Wright, who also rebuilt the house and several walls when he moved in, as well as adding new ones. The circular-themed wall shown here was one of several to have hidden bird nesting chambers, added to attract local birds. They began to arrive before the walls were finished. 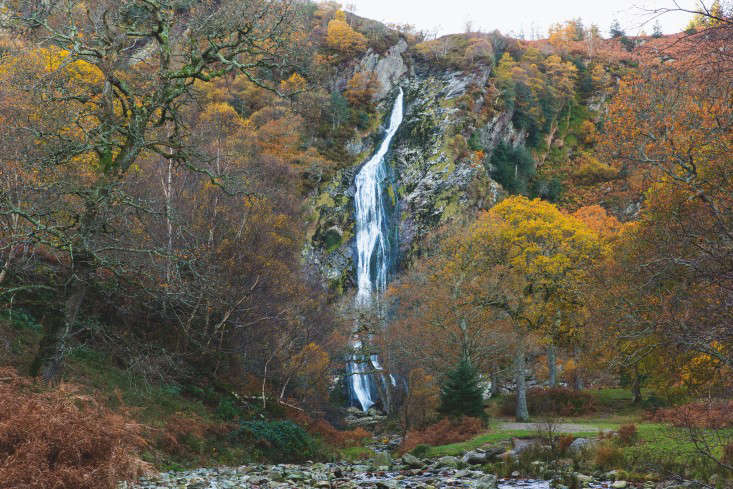 Above: The waterfall at Powerscourt in County Wicklow is the highest in all of Britain and Ireland. “It was one of the earliest destination points for tourists in Ireland,” says Jane. 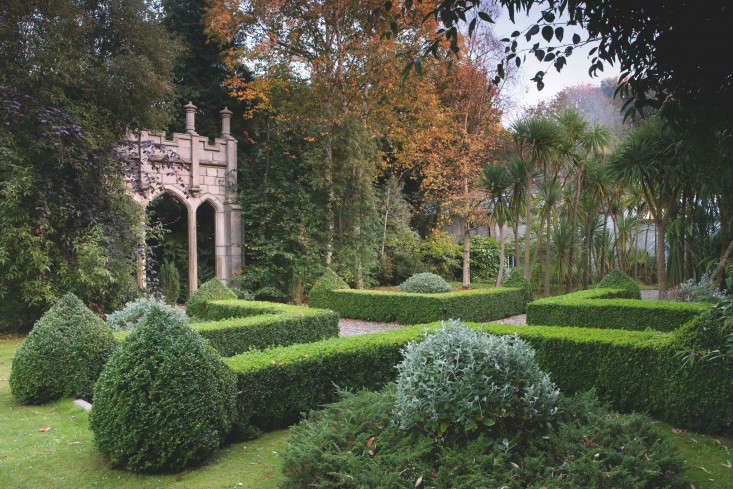 “The garden at Corke Lodge is a fantastical theatrical amusement created by the architect and furniture designer Alfred Cochrane,” explains Jane. He inherited it from his great-uncle in 1980 and set about turning the semi-dereliction that he found into a carefully maintained idea of a formal garden being swallowed up by vegetation. Like previous generations garden owners in Ireland he has added his own ruins. The stone fragments were salvaged from the demolished Tudor Revival wing of Glendalough House in Annamoe. 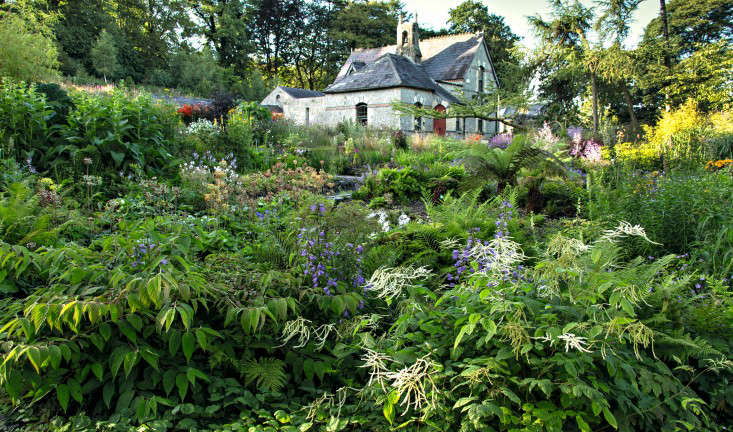 Above: A series of low weirs in the River Vartry, which runs through the gardens of Mount Usher, County Wicklow. 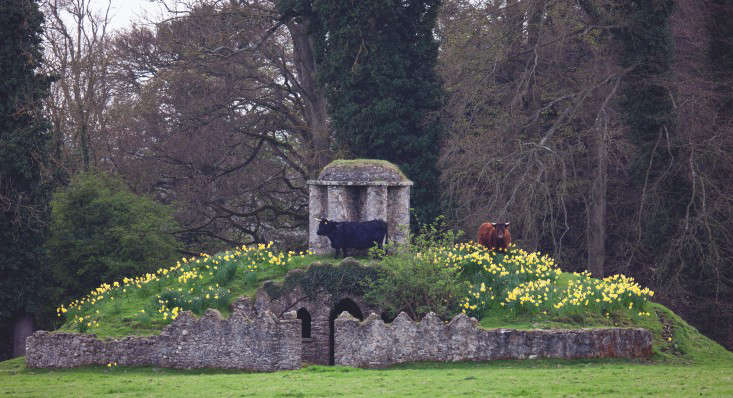 “The many follies, which date from the 18th century, were restored recently,” says Jane. “Those on the lake include “Gibraltar” and a Greek temple. The “Fox’s Earth,” meanwhile, was said to have been designed as a mausoleum-with-bolthole by owner Robert Watson; a keen hunter who feared he would be reincarnated as a fox.” 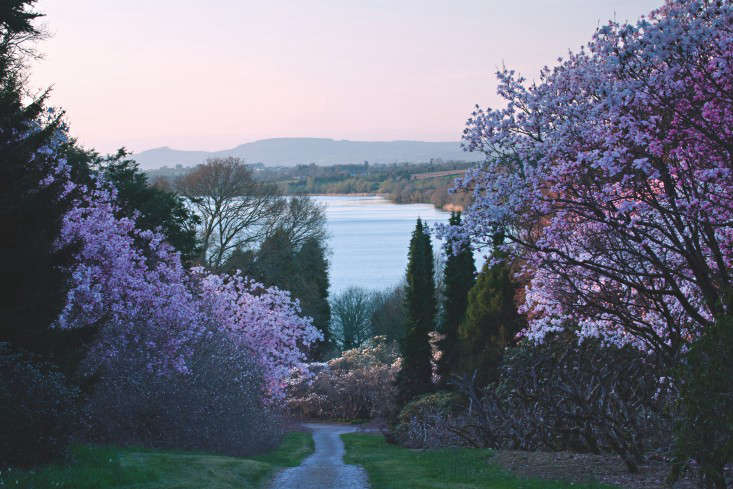 Above: Magnolias in the half-light at Mount Congreve, County Waterford.

“The late Ambrose Congreve furnished his garden with hundreds and thousands of plants during a period of over eight decades,” concludes Jane. “He claimed that his stands of magnolias were the largest in cultivation in the world.” 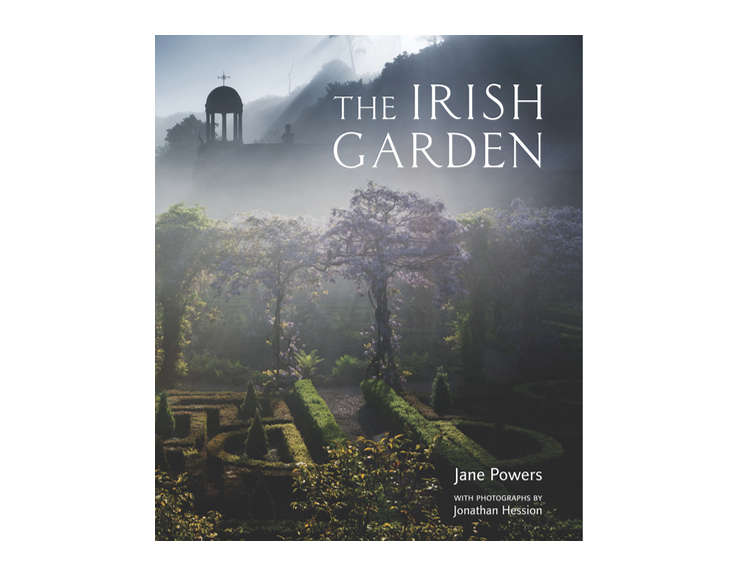 For more of our favorite Irish gardens, see Garden Visit: At Home with June Blake in County Wicklow and 10 Garden Ideas to Steal from Ireland.

Behind the Scenes: A Spring Crop of Southern Florists from Garden & Gun