Care to stroll through the hidden gardens of Paris without leaving your home? Private Gardens of Paris by Alexandra D’Arnoux, Bruno De Laubadére, and Gilles De Chabaneix will take you behind gates and walls to uncover the secrets of some of the city’s most exclusive sanctuaries.

The book is divided by three themes: Classical Gardens, Picturesque Gardens, and Exotic Gardens. Each garden is special in its own right, yet a quintessential Parisian thread runs through: rose bushes, iron fencing and furniture, and brick can found in nearly all 34 gardens highlighted in the book. Read on for a glimpse of the Private Gardens of Paris. 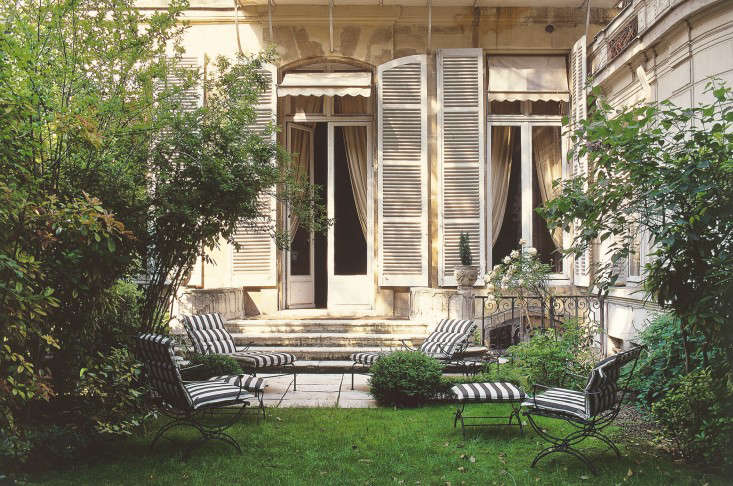 Above: A convent of 18th-century Saint Germain nuns built several private mansions to host the daughters of France’s aristocracy. Each chateau opens up with French doors onto a small terrace, wrought iron fence and roses included. 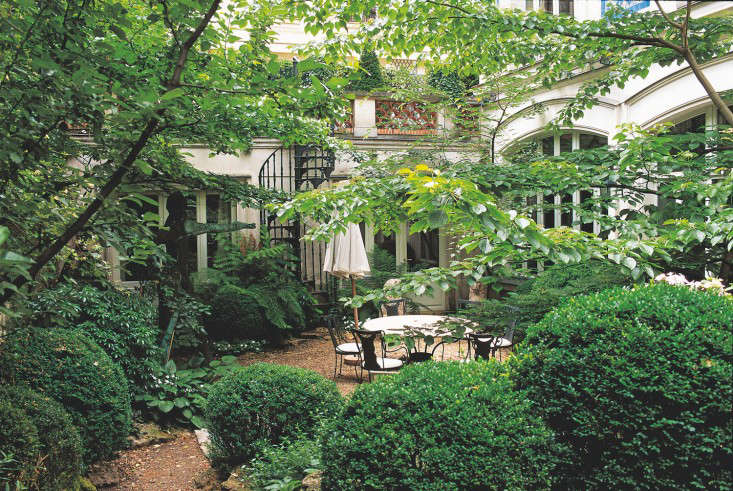 Above: Considered to be one of Paris’s more exotic gardens, this bog garden covers ground that was once occupied by old crafts workshops. When the artisans’ trade never became profitable, the land came under new ownership. The ateliers were converted into a house by architect Paul Nataf while the landscape designer Michel Boulcour set out to inject an exotic feel into the garden with lilies and irises. 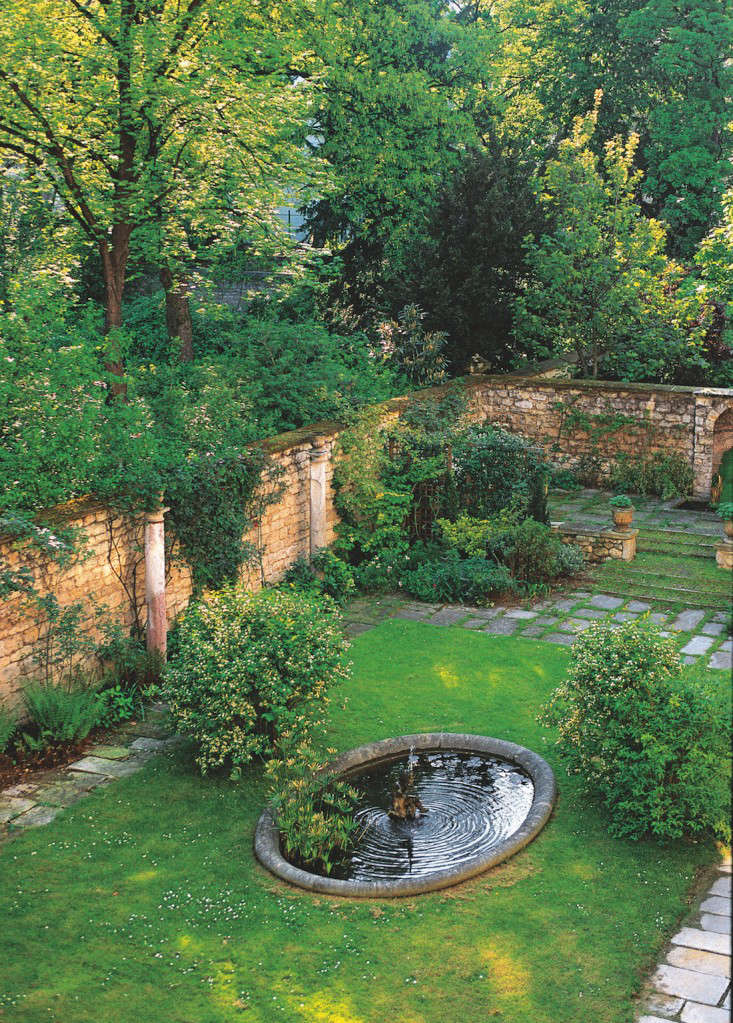 Above: An oval fountain lends a picturesque tranquility behind a family mansion in the 7th Arrondissement. 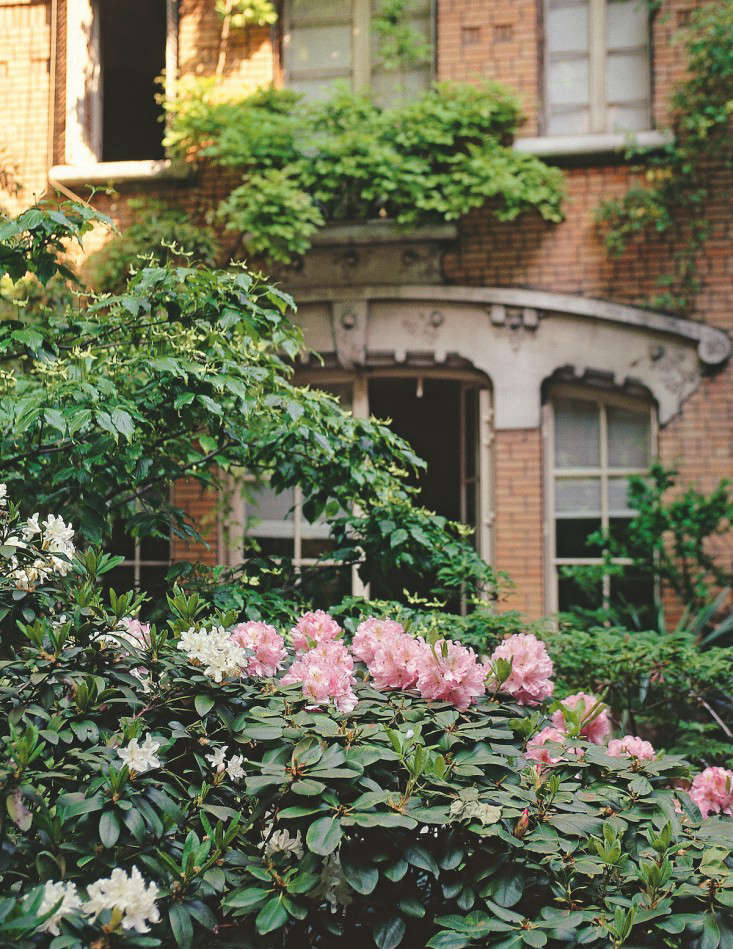 Above: Fashion designer Renata wanted “a house with a garden, both as a place to live with her family and as a location for a workshop” which she found on a secluded street near the Rue de Rennes. When the designer and her family moved in, “there was just an overgrown plot of land, covered in ivy and gravel: a disaster.” Renata’s sister, a landscape designer, revamped the neglected garden with bundles of rhododendrons, geraniums, ferns, bamboo, and yuccas. 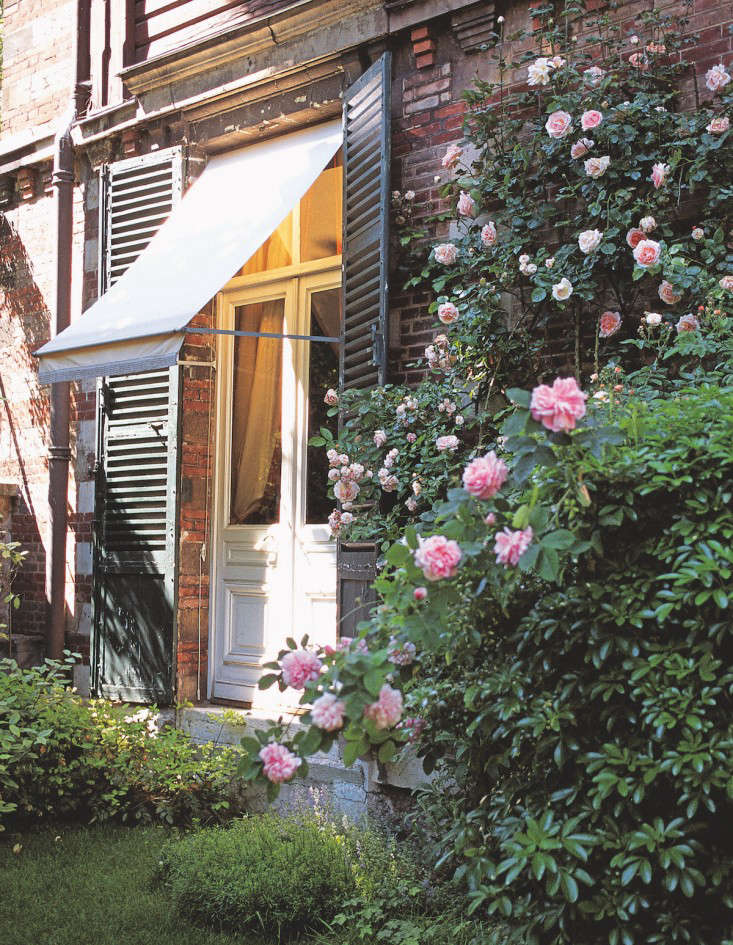 Above: Blooming roses climb the back of the house owned by Baron and Baronne d’Orgeval. 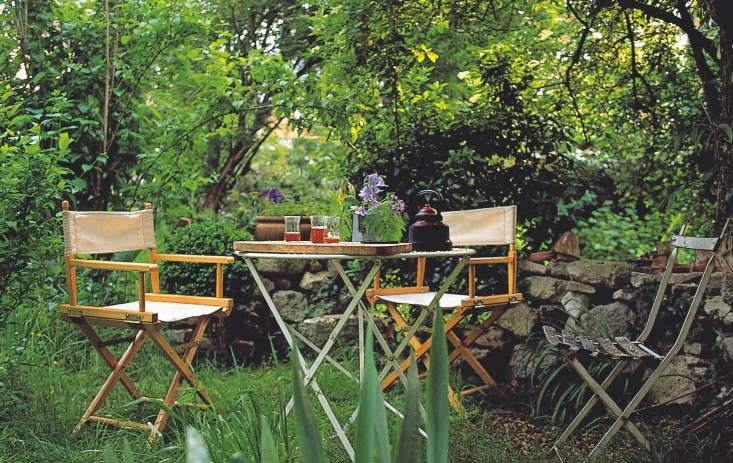 Above: A tiny outdoor room is created in a lavish kitchen garden near the 20th Arrondissement. The plot of land is back to back with the city’s largest cemetery, creating a truly secretive vibe.

Read more about out favorite French gardens in: