Ah, le jardin í  la française. No need to add the word formal to that phrase, because when it comes to French gardens, formal is a given. We’ve all seen Versailles (in photos, if not in person), and we know that its grand sense of ceremony–all those espaliered fruit trees, symmetrical flower beds, and razor-edged paths radiating outward from fountains–reflects 17th-century taste. A king’s taste, that is. Whatever Louis XIV liked in a garden, landscape architect André Le Nôtre made sure he got.

And 400 years later? We like knot gardens, tortured topiary, and obsessively pruned boxwood as much as anybody. But when it comes to France, what interests us is its modern gardens. How do you translate such old-fashioned ideas as parterres, marble fountains, and fussily trimmed hedges into something you can live with in the 21st century?

For the answer, we visited some of our favorite contemporary French gardens–and discovered 10 essential tips for adding a certain je ne sais quoi to your outdoor living space: 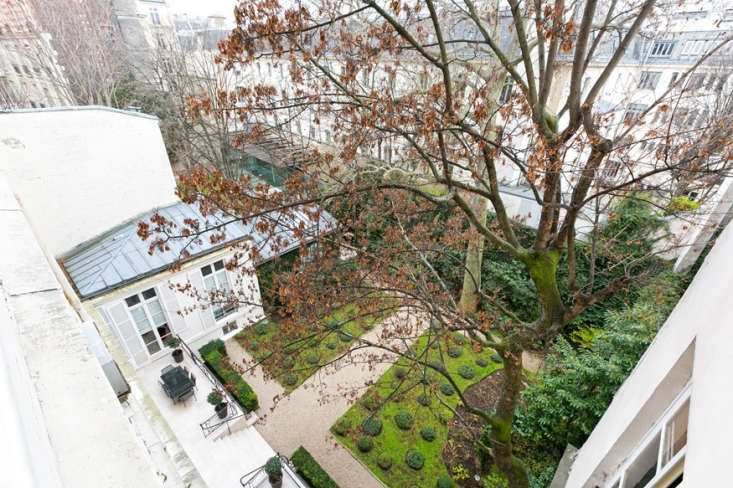 Above: Photograph courtesy of A+B Kasha.

If you have a chateau or two, by all means lay out formal beds best viewed from the sweeping vantage of your oversized arched windows. As for the rest of us? If you live in an apartment, install a window box at eye level to accomplish a similar goal. If you have a yard, plant a flowering tree in a spot where you’ll see it every day from your favorite room.

2. Orient your garden around architecture, not landscape. 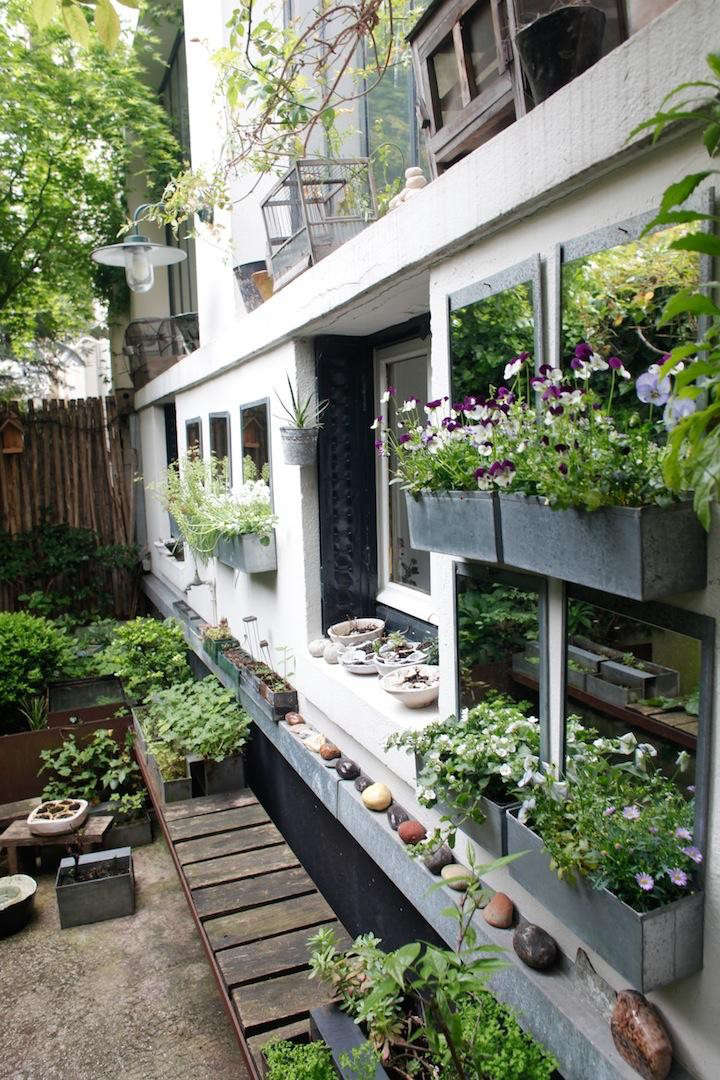 Above: Ceramicist Cécile Daladier’s garden in Paris has zinc window boxes and mirrors against the wall to reflect the garden and enlarge the space visually. Photograph by Natalie Weiss for Gardenista.
Your house is the heart of your garden. Grow vines and climbers on trellises against a wall. Or plant a low hedge against the facade to anchor the house in the garden. But don’t let shrubs grow up over the windows: You’re the boss, not the bushes. 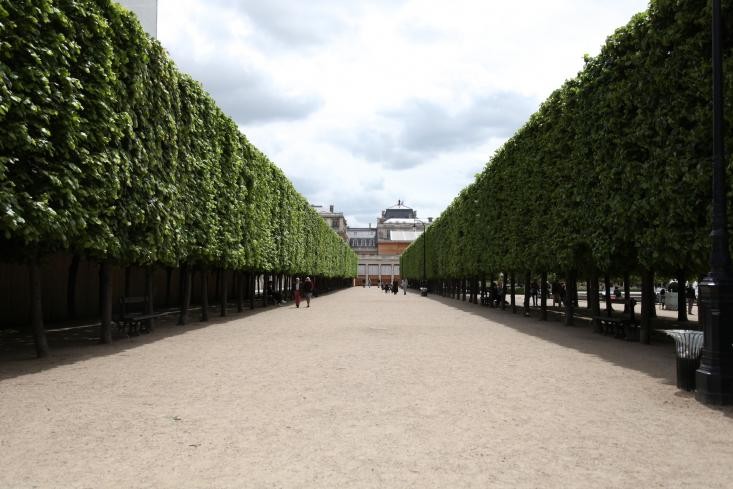 Balance is soothing. This is why an allée of lime trees lining a path at the Jardin du Palais Royal is visually pleasing rather than intimidating. In your garden, repeat shrubs and planting schemes on opposite sides to make an outdoor space feel deliberate and restful.

4. Use geometric patterns to define spaces.

Above: French garden designer Louis Benech created a symmetrical backdrop with stripes and bookended doors. Then he softened it with naturalistic planting–irises, climbing roses, lady’s mantle–to achieve a romantic look for a garden in Normandy. For more, see A Garden at the Edge of the Sea.

The gardens at Versailles were laid out in a series of geometric shapes: squares, polygons, and circles. If you don’t have 2,000 acres of your own to divide with such strict precision, you can add grids, trellises, and arbors to create structure. 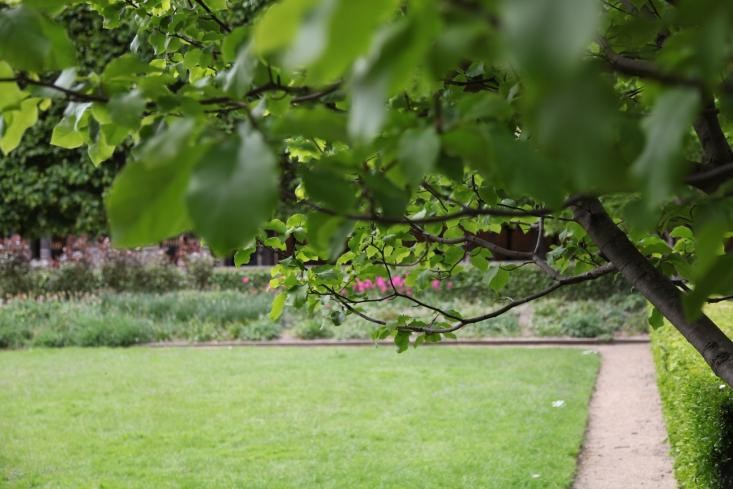 Above: Another view of the Jardin du Palais Royal in Paris. Photograph by Alexa Hotz.

Add a tailored element to an otherwise messy outdoor space. A tightly clipped ball of boxwood, say, or a path that turns at a right angle will convey the deliberateness of your intentions even if you let a few plants go shaggy. 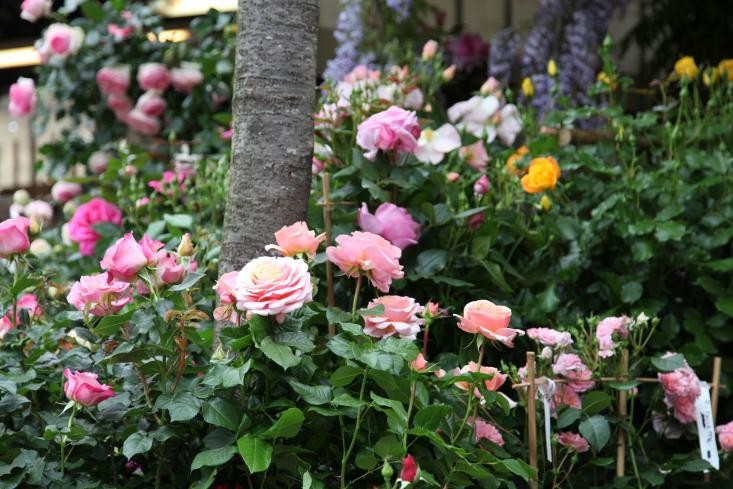 Above: Roses allowed to riot at the flower market in Paris. Photograph by Alexa Hotz.

The difference between 21st-century French gardens and Versailles? Modern gardeners have the confidence to relax. So let your squash plants run wild across the lawn; they’ll look like necklaces against velvet.

7. Add metal elements as a foil.

Above: Photograph via Detroit Garden Works.

The cold, unyielding discipline of an iron bench or pergola will make the surrounding greenery feel all the more lush. Zinc tabletops, corrugated planters, or a rusty watering can draws attention to the texture and softness of leaves and flowers. 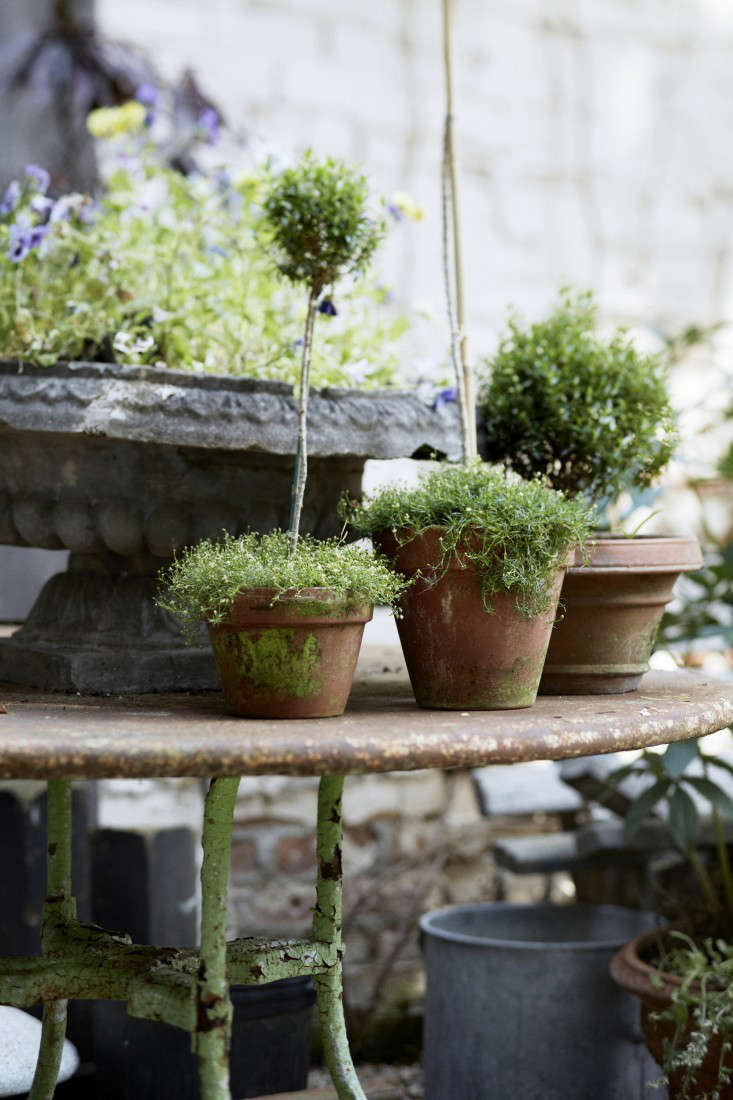 Above: Photograph by Anna Williams.

It’s easy to make the lollipop look feel modern with juxtaposition: Plant your fussy little rosemary tree in a mossy old pot. Then plant more at the base and let it spill over, breaching the rim of the pot. 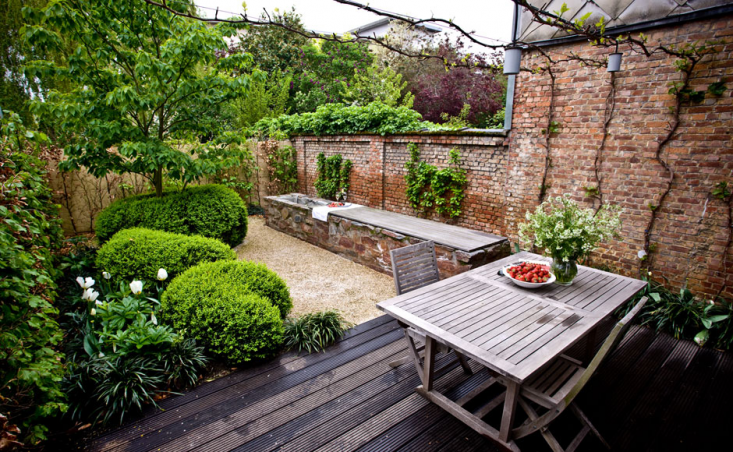 Above: A row of espaliered fruit trees grows against a brick fence in an Antwerp garden. For more, see Steal This Look: A Walled Garden That Invokes the Spirit of Provence. Photograph courtesy of Archi-Verde.

Or three. Treat fruit trees as if they were vines and train them to cover an ugly fence. They’ll take up barely any space and drop far less fruit to rot on the driveway. 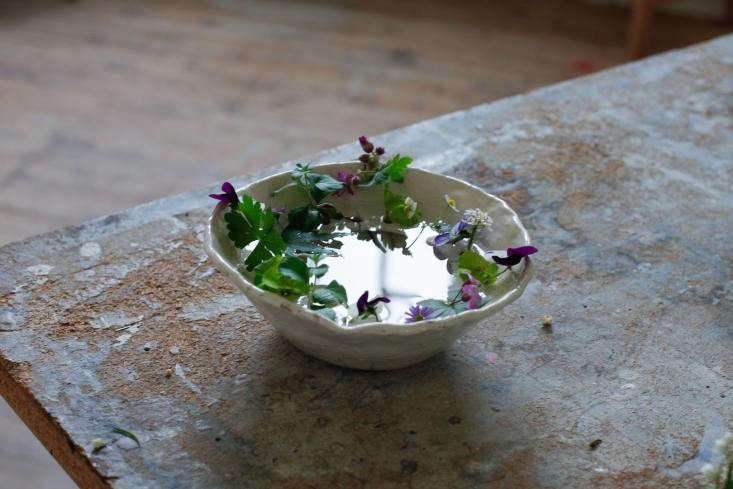 Above: A bowl of water in ceramicist Cécile Deladier’s Paris garden. “It’s magic,” says Cécile: “You don’t need mirrored glass; it’s too strong. The light is the only mirror you need.” Photograph by Natalie Weiss for Gardenista.

Versailles has its Hall of Mirrors, 240 feet long and 34 feet high. In your garden, you can create a similar effect with a fountain, pool, or bowl of water. In the right light, the surface of the water will connect the sky to the landscape and create a sense of limitless space.

For more Paris gardens, see The Tuileries at Sunset, With Alice Gao. And read about the day that Alexa spent Getting Lost in the Jardin du Palais Royal in Paris.