Prince Charles’ book about his Gloucestershire home at Highgrove met with mixed reactions when it was published last spring in the UK, where reviewers either gushed that the gardens are “stunning” and “gorgeous” (The Daily Mail) or sniffed that the grandiose sprawl represents “a small part of Britain that will, forever, be in the 17th century” (The Guardian).

Both descriptions are true, it turns out, as we Americans can see for ourselves in Rizzoli’s new US edition of Highgrove: An English Country Garden. 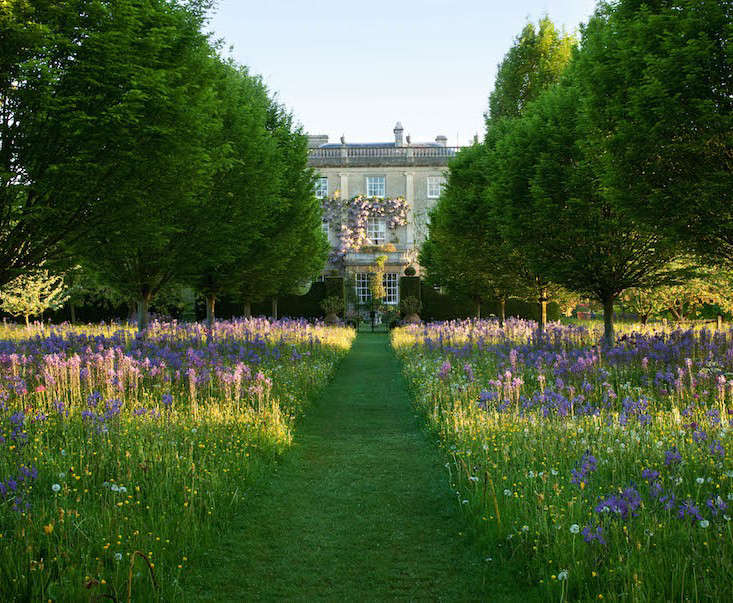 Above: Highgrove House overlooks a wildflower meadow where camassias and buttercups flourish in season.

Prince Charles bought the estate in 1980 from the family of former Prime Minister Harold Macmillan, who asked £730,000 for what the sales listing described as 347 acres with a “distinguished Georgian house standing in superb parkland.”  Since then, the environmentally conscious prince has overhauled the property: he installed solar panels, planted heritage varieties in the kitchen garden, adopted organic gardening practices, and created wildflower meadows. 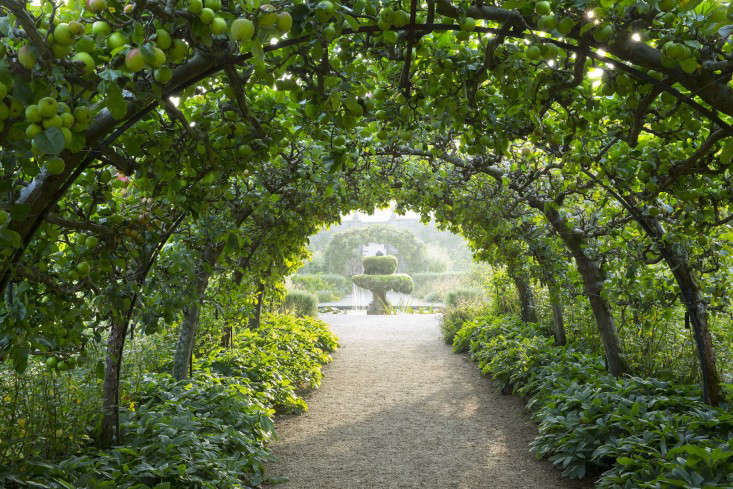 Above: Espaliered apple trees grow over an arch to create a tunnel effect.

Landscape architect Bunny Guinness, known for fanciful plantings of boxwood and romantic cottage gardens, collaborated with Prince Charles on the book and is credited with “writing the text.”  It is bland, at best. Guinness notes, for instance, that “in September, the Kitchen Garden is teeming with an abundance of fruit and vegetables that have ripened.” It’s a sentence that makes you wonder what sets Highgrove’s apart form every other kitchen garden in the world. Then you flip a page and see–the apple tunnel. No further explanation necessary.

This is, in other words, a picture book. Do not expect prescriptive advice, useful suggestions to steal for your own garden, or anything less than reverence for the prince who arrived at Highgrove “quite a novice, but he was extremely keen to learn.”

In this case the photos will suffice. Deeply saturated, the images look as richly colored as any that have been put through an Instagram filter or two. Taken together, the photos create a remarkable four-season record of one of the most lavish organic gardens created in any century. 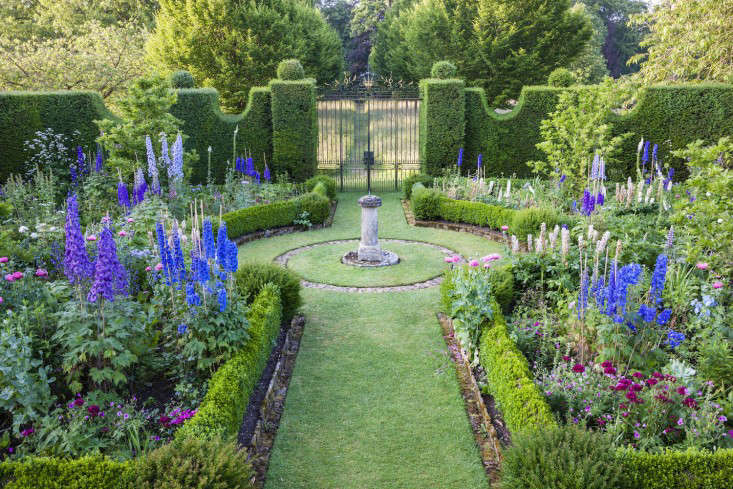 Above: The Sundial Garden in summer, when delphiniums (a notoriously finicky flower) flourish in soil “improved over the years with the addition of lashings of home-grown compost.” 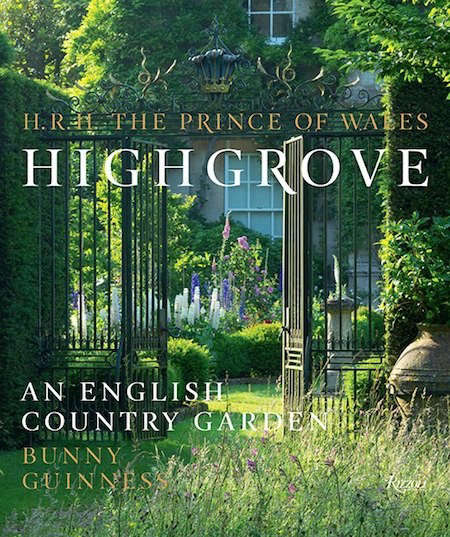 Above: Highgrove: An English Country Garden is $32.72 from Amazon.

HRH The Prince of Wales

Farewell, Friend: 5 Things I Learned About Life from the NY Times Home Section

10 Garden Ideas to Steal from Spain

by Michelle Slatalla
May 27, 2018
Read all recent posts