Three decades ago when the Italian newspaper baron Prince Carlo Caracciolo bought a crumbling medieval pile of a place called Torrecchia Vecchia (an hour’s train ride south from Rome), he intended to renovate and flip, one more entrepreneurial move in a long career that would create a massive fortune for his heirs to fight over. But it’s hard to part with a castle–even a derelict castle–and perhaps especially difficult if you are descended from an ancient royal family that once ruled Napoli. Caracciolo, who died at age 83 in 2008, kept it for the rest of his life.

Imagine the effort required to restore a 1,500-acre property on which an entire village once stood. The undertaking required the best ideas of both a master architect (Gae Aulenti, who also oversaw the transformation of a Paris train station into the Musée d’Orsay) and a master garden designer: Dan Pearson.

Photography by Huw Morgan courtesy of Dan Pearson Studio, except where noted. 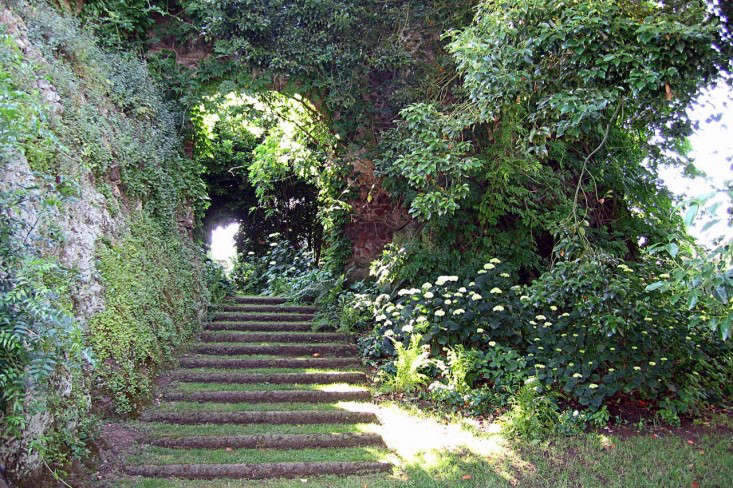 Above: Caracciolo’s wife, Violante, met Pearson at the Chelsea Flower Show in London in 1994. “You must come to my garden,” Pearson remembers her telling him. “Soon!” Later that week she sent him an airplane ticket. And that is how an Englishman came to design 15 acres of Italy’s landscape, in a garden where formality gives way to controlled wildness. 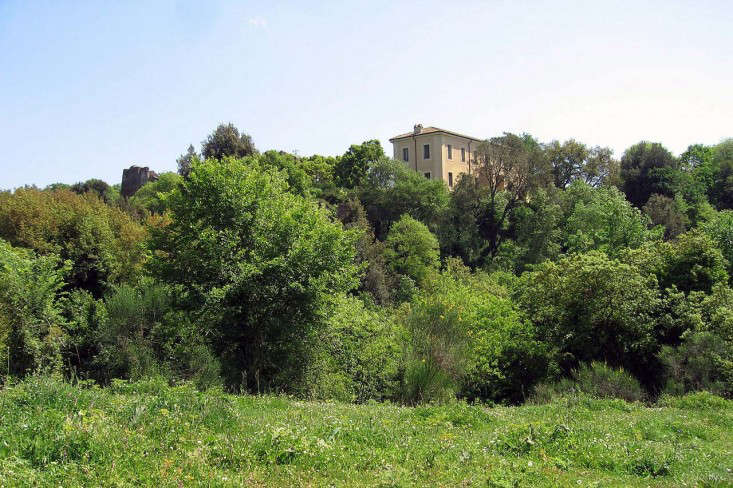 Above: Architect Aulenti converted an 18th-century granary into a modern main house and designed apartments inside the footprint of the crumbled castle. The property is, in the words of the writer Stephen Lacey, “as sensuous as Italian landscapes can be: sun and cicadas; long-horned cattle grazing waist-high in wildflowers; cuckoos calling in the woods, and a stone archway seducing you into a medieval village, long abandoned and encircling the house in crumbling walls and towers.” 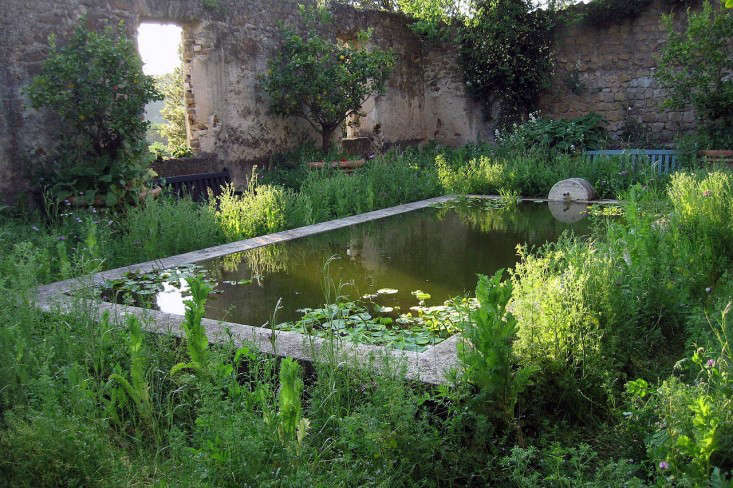 Above: Inside courtyard walls, masses of wildflowers including daisies, nigella, and poppies (sown every year from seed) surround a raised rectangular pool filled with water lilies. 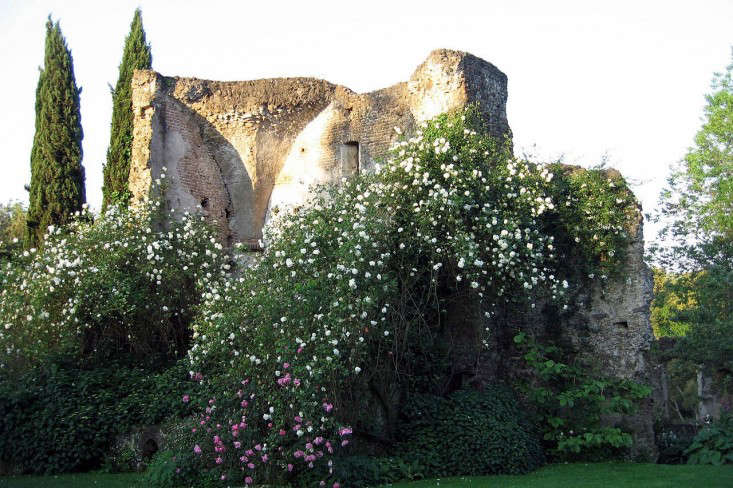 Above: The oldest wall fragments on the property are evidence of second-century settlers. 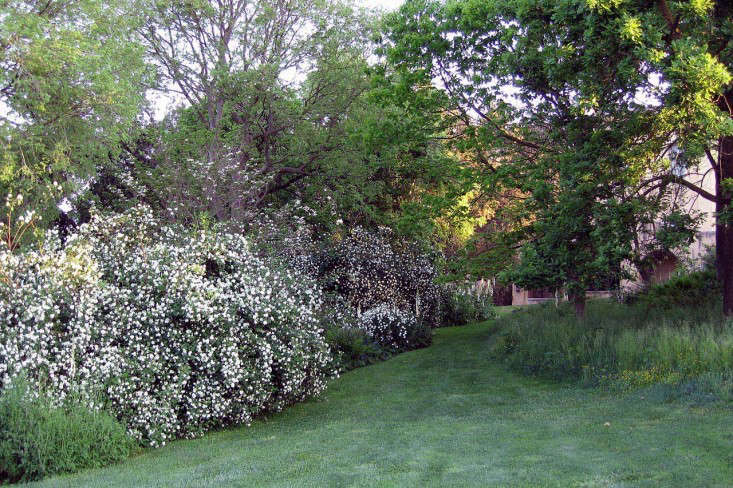 Above: Violante Caracciolo requested a restrained palette of calming white and green to make the Mediterranean garden feel cooler.

Another Englishman, Stuart Barfoot, was head gardener at Torrecchia for a decade and persuaded the owners to add color to “make gardens with their own moods.” 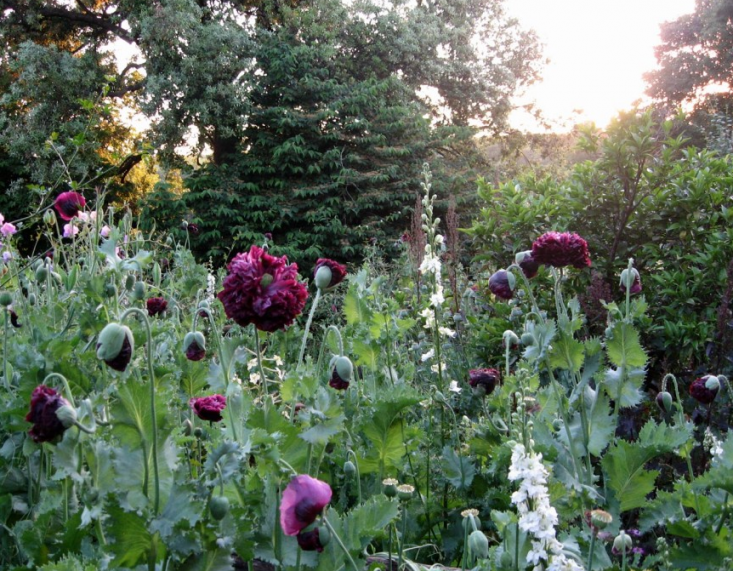 Above: Photograph courtesy of Stuart Barfoot.

Black poppies interplanted with white foxgloves add depth and mystery to the garden. 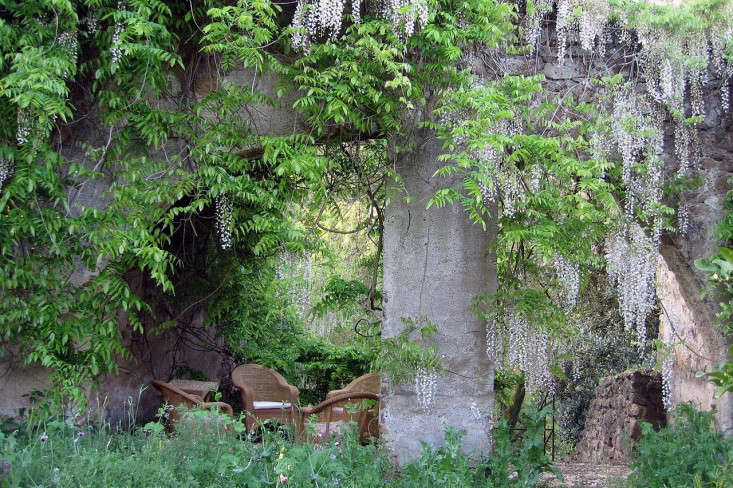 Above: The strong perfume of white Japanese wisteria exerts a hypnotic hold over an outdoor living room. 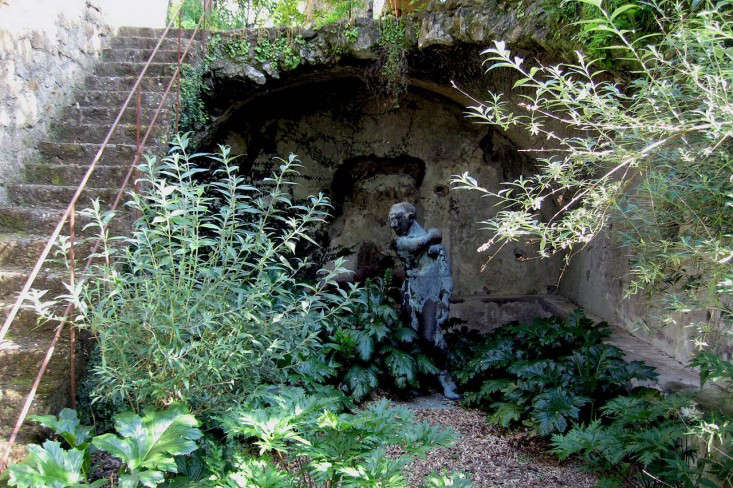 Above: The first time Pearson visited Torrecchia Vecchia, he said, “Violante explained that she was after an Englishman’s eye. She wanted a garden that looked as if it were just about to be reclaimed by nature. It was to grow out of the ruin of Torrecchia and be part of it.”

For more of Pearson’s recollections, see The Guardian. 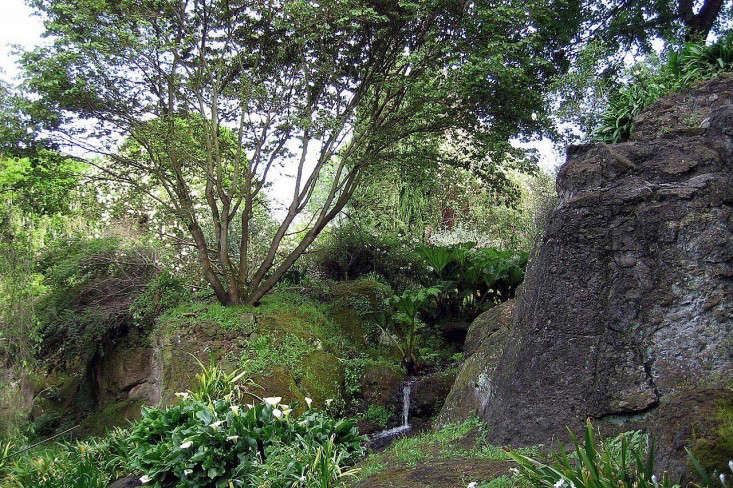 Above: Pearson’s naturalistic plantings honor the overgrown, untamed nature of the ruins. 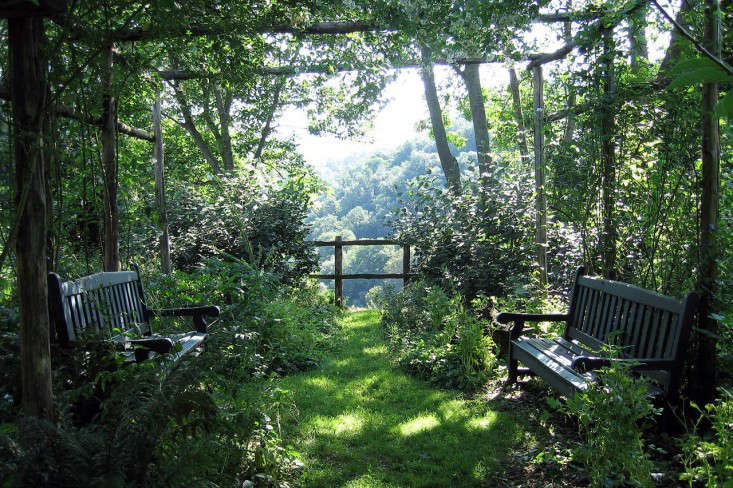 Above: Two garden benches face one another in a shady spot beneath a pergola. 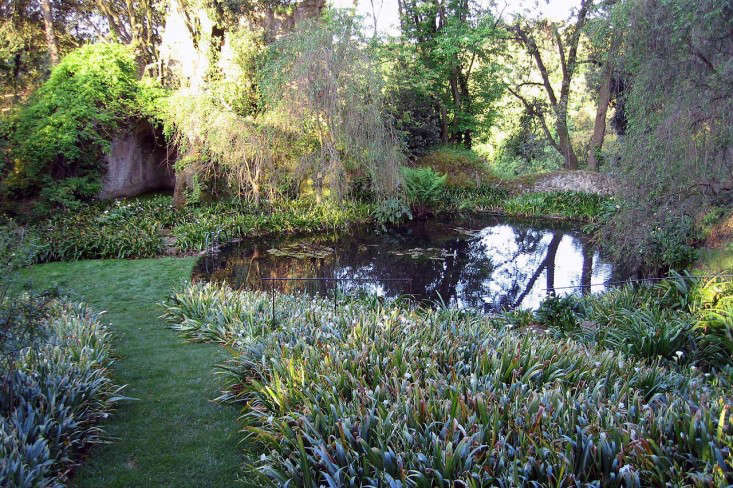 Above: A mown grass path leads to a pond surrounded by weeping cherry trees. 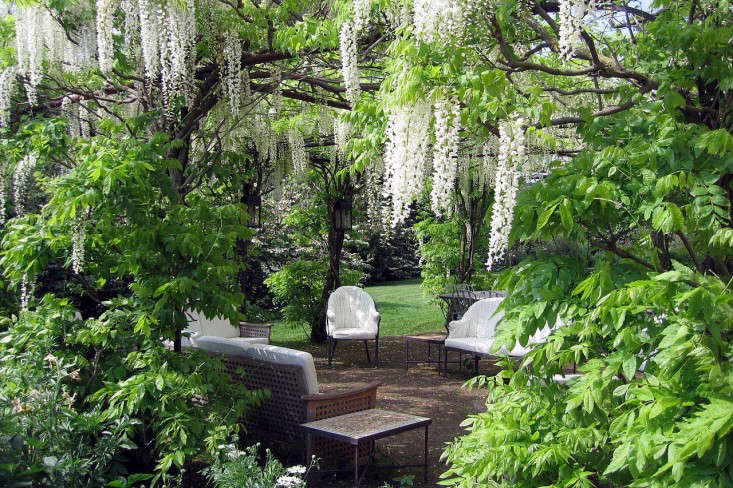 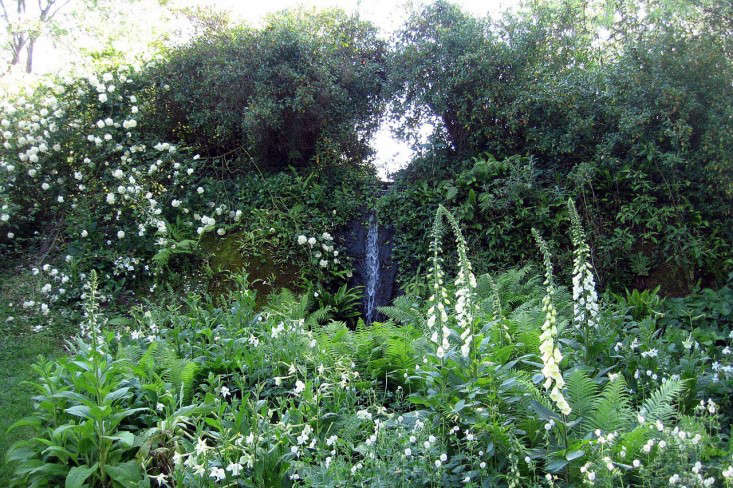 Above: White foxgloves, roses, and nicotiana mingling with ferns are a calming influence in a wild garden.

Trending on Remodelista: At Home with a "Girls" Director