In many parts of the world today, we set our clocks forward an hour–bringing us closer to summer while robbing us of valuable sleep. But we do it for the twilight: starting today, our evenings will linger longer–and an hour lost is a summer gained. 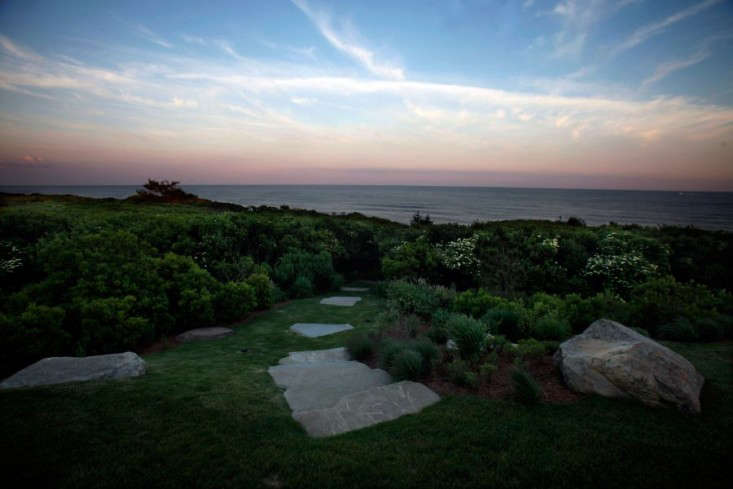 Above: In this romantic Long Island landscape, NYC-based artist and landscape designer Paula Hayes directed a stone walkway toward the sea. Photograph by Béatrice de Géa. 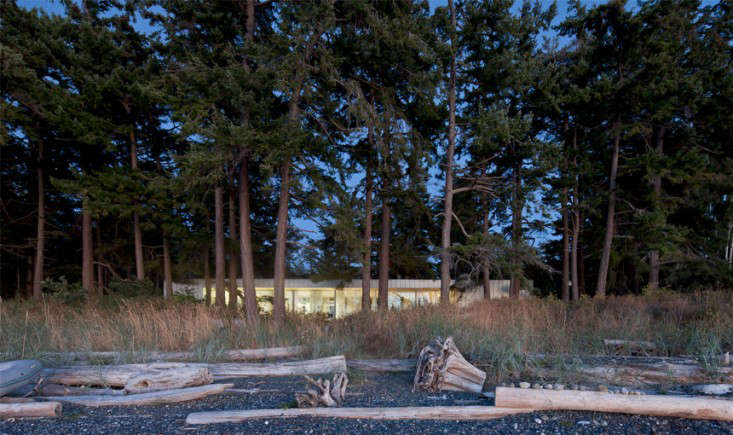 Above: Mature fir trees lie between the beachfront and a meadow on the site of a San Juan Islands summer house by Seattle-based Heliotrope Architects. 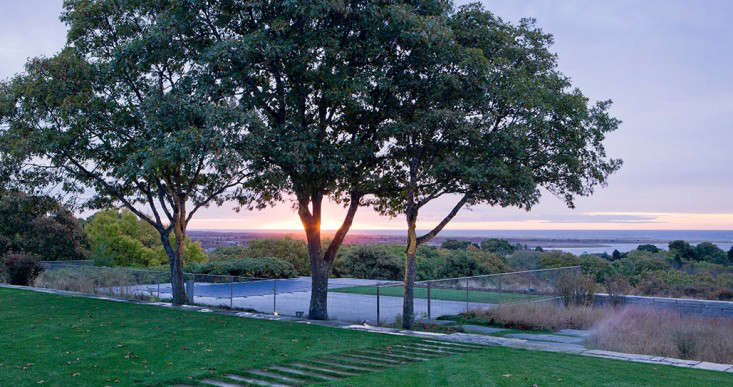 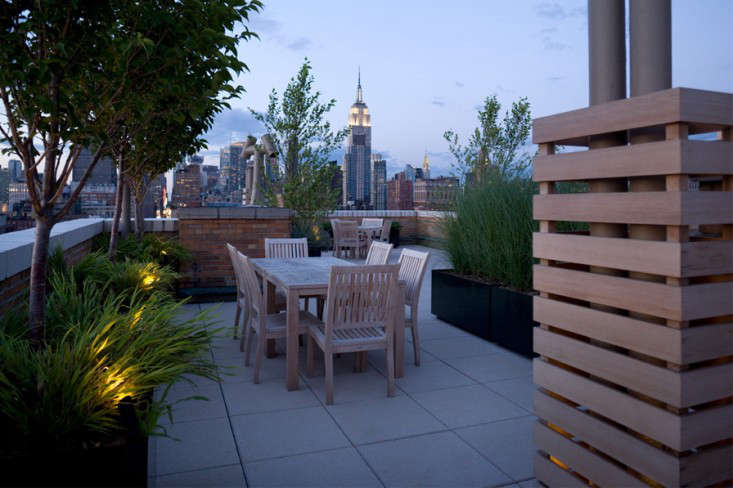 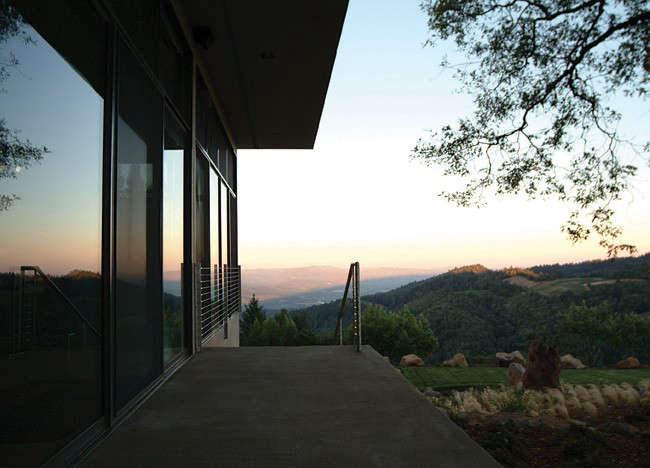 Above: This modern Napa house by architect Charlie Barnett is framed by two mature oak trees while walls of glass direct occupants’ eyes toward the view. Photograph by Charlie Barnett. 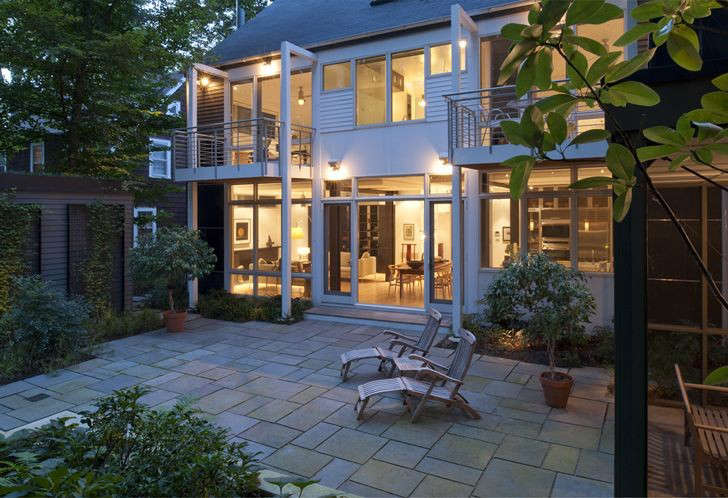 Above: After their beloved 100-year-old Bethesda, MD house was destroyed in a hurricane, a couple hired McInturff Architects to replace it with a modern version that prominently features the outdoors. 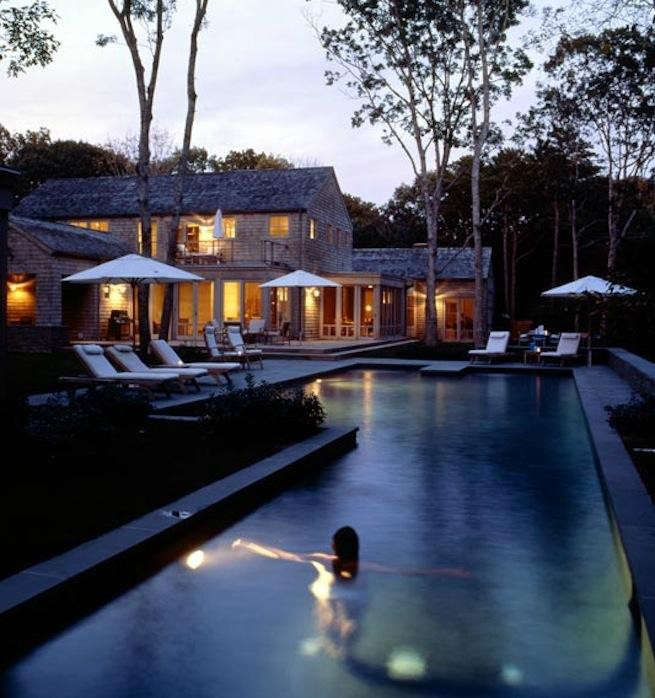 Above: Built-landscape features of this East Hampton project by Billinkoff Architecture–including a pool, an ivy-covered pool house, and tennis courts–adjoin the main house. 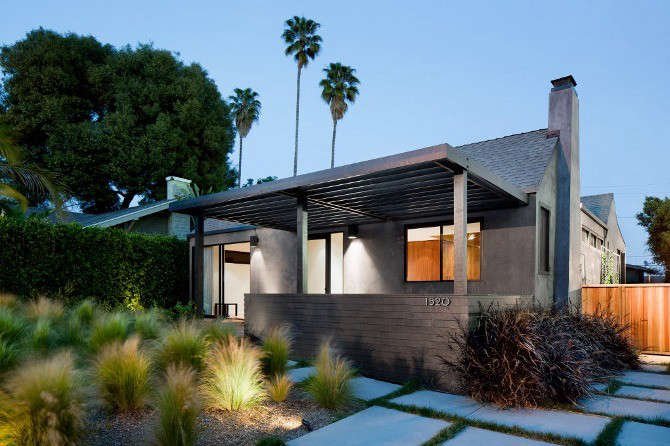 Above: Several species of grasses and a few palm trees suggest a California landscape; this one is by LA-based Walker Workshop. Photograph by Nicholas Alan Cope. 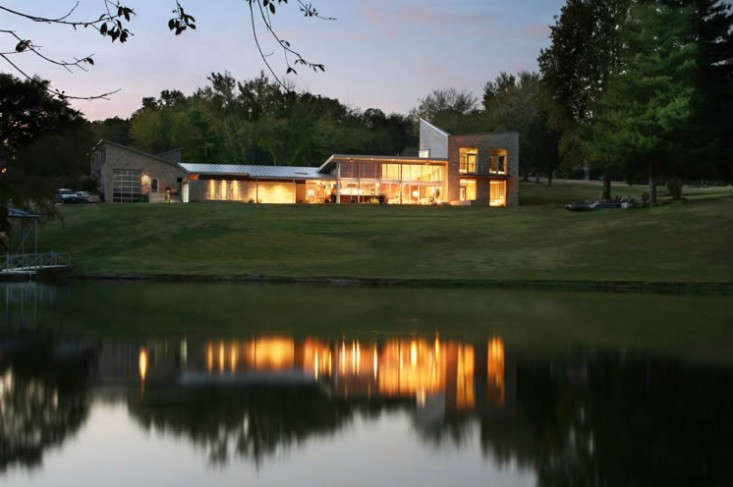 Above: Nashville architect Marcus DiPietro intended for this Tennessee lakeside house to appear to emerge from the lawn at water’s edge. 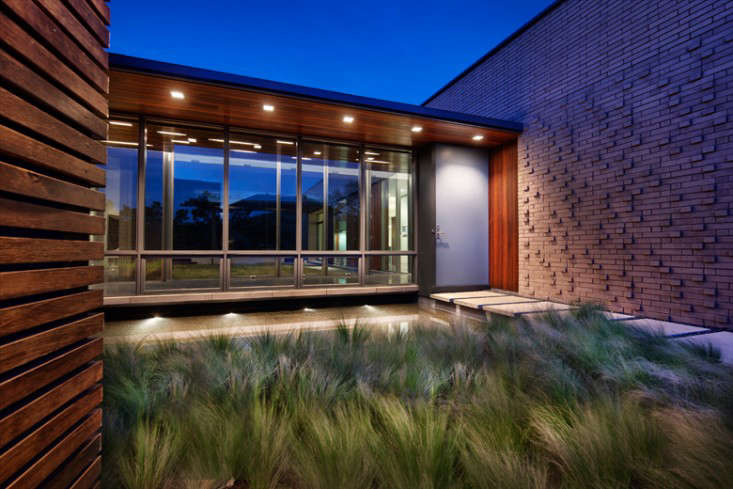 Above: The low-lying grasses outside this modern design in Austin by Alterstudio Architecture only hint at the indoor courtyard and backyard views beyond. Photograph by Paul Finkel.

Browse elaborate gardens in The Grandes Dames: 10 Stately Gardens from the Gardenista Gallery and see houses at twilight in The Evening Hour: Houses from New Members of the Remodelista Architect/Designer Directory.

Week in Review: Inching Toward Spring

Architects’ Secrets: 10 Ideas to Create Privacy in the Garden