If mulch were a new invention, gardeners would tout it as a miracle. Spreading a thin layer of material on top of garden soil smothers weeds, prevents both erosion and compaction, and slows evaporation so much that you can cut water use by 50 percent. Wondering which kind to use? Read on for everything you ever wanted to know about mulch: 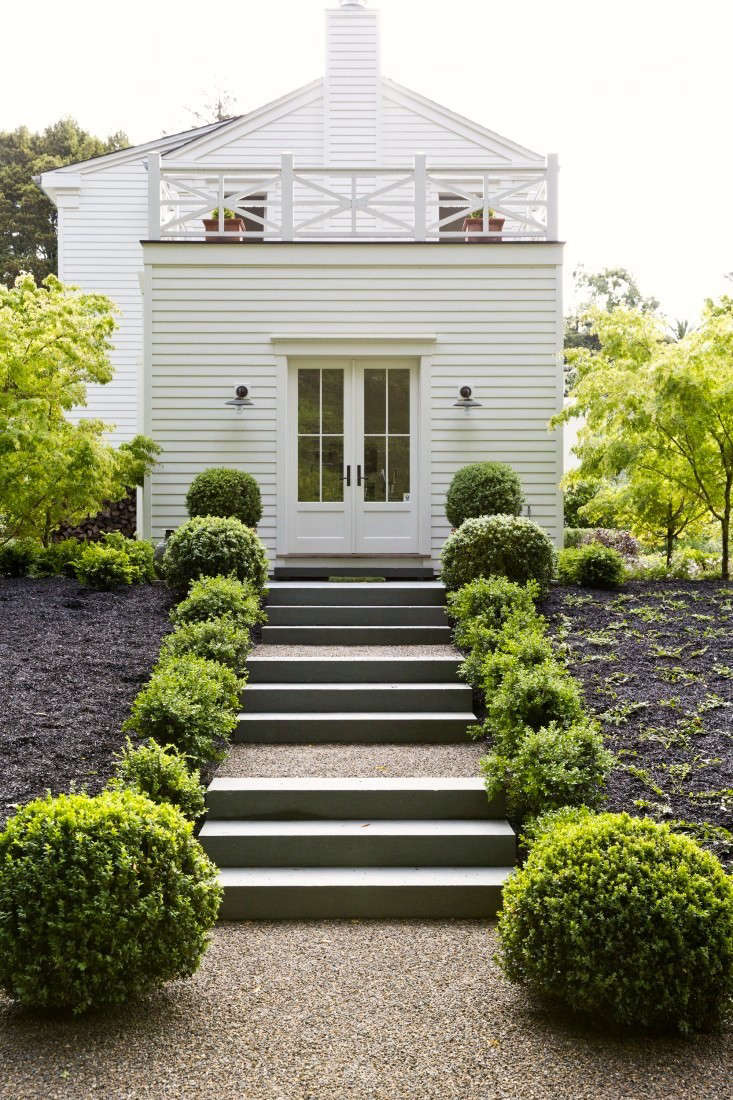 Above: For more of this garden, see Architect Visit: Barbara Chambers at Home in Mill Valley.

What is mulch? (And why does it have such an unlovely name?)

In the 1400s, the English described things that were soft or moist as molsh, which may be the parent of the word “mulch.”   Certainly a lot of mulch we spread as a cover layer in gardens is soft and moist. I am referring here to organic mulch, of course, those materials that were once alive–wood chips, grass clippings, straw–and are now in the process of breaking down and returning to the earth from whence they came.

Today mulch is a catchall term to describe any protective layer on top of the soil, which is how inorganic materials such as gravel managed to get themselves onto the list.

What are the best kinds of mulch?

Wood chips: Hardwood and softwood chips are byproducts produced mainly by the lumber industry and both make good mulch, with the added benefit of coming in different sizes. You can choose shredded bark or nuggets to get the look you like.

Pine needles: Slow to break down, pine needles are a fragrant and long-lasting choice. You can add another layer every few months or you can rake up a dry, brittle layer and send it the compost pile before replacing it with a layer of fresh needles.

Straw: Lightweight and easy to work with, straw–typically from alfalfa or cereal crops–is a natural color that will disappear neutrally into the background instead of screaming for attention.

Grass clippings: The main ingredient in fresh grass clippings is water, which enables them to break down quickly when you use them as mulch. As they decompose, grass clippings will release nutrients–including nitrogen, phosphorus, and potassium–into the soil.

Aged Compost: Full of nutrients, a layer of compost enriches the soil beneath it.

Decomposed granite: As it requires no water and little maintenance, decomposed granite is an increasingly popular material to use on paths and walkways or as a mulch around the perimeter of raised beds. 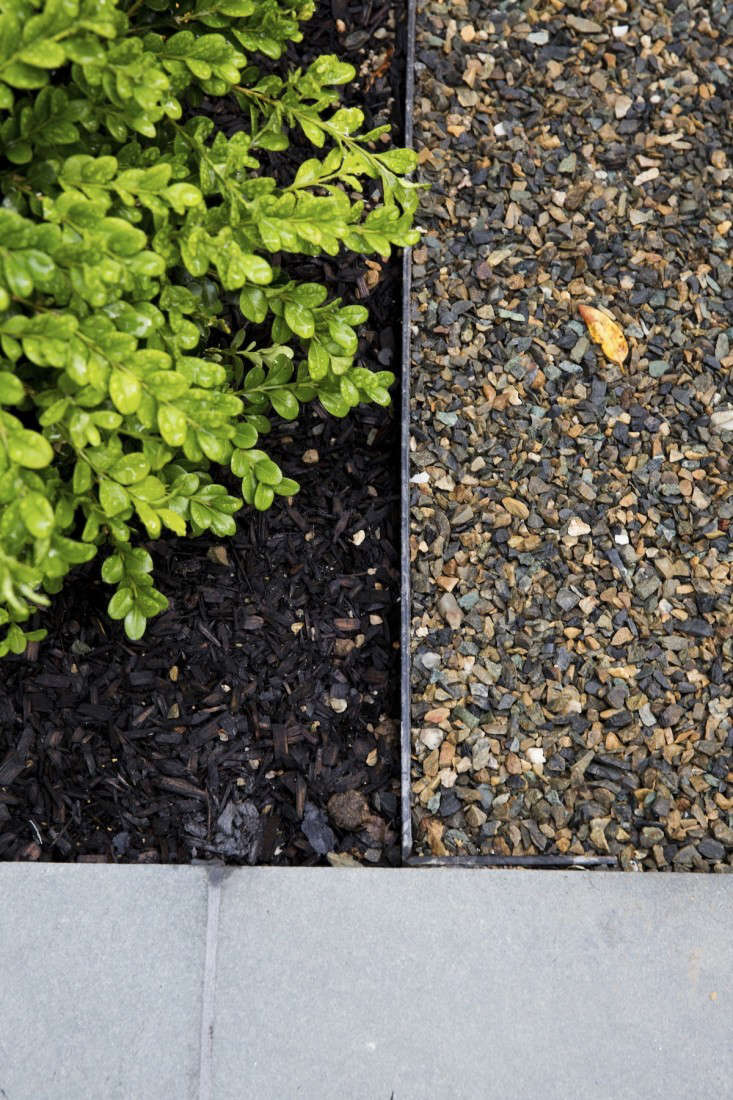 Above: A pea-gravel path abuts a bed of mulch and bluestone pavers, neatly separated by a strip of metal edging. Photograph by Nicole Franzen for Gardenista. For more, see Hardscaping 101: Pea Gravel.

How do I choose a type of mulch?

Choosing a mulch depends on where you want to use it:

Edible Gardens: Straw is a particularly good choice to mulch a vegetable garden because as it breaks down it will add nitrogen to the soil. Straw also is lightweight and easy to rake; you can mound it around the base of plants and it will stay put. Pine needles also will help create the acid-rich soil in which vegetables and berry bushes thrive.

Paths: Stone, rock, and decomposed granite mulches make effective mulches for high-traffic walkways (rather than in garden beds) because they are more stable than organic materials. The weight of pebbles keeps them from blowing away in wind or washing away in rain.

Flower Beds: Wood chips or bark will stay in place, break down slowly, and create an attractively uniform backdrop for flowering plants and their foliage.

Beneath Trees: Spreading large wood chips around a trunk can have a protective effect against lawn mower blades and weed whackers that might otherwise come too close and nick the base.

Above: In San Francisco, clothing designer Courtney Klein and her husband turned their Mission District backyard into one big edible garden, with raised beds separated by wood chip mulch. For more of her garden, see Steal This Look: An Urban Edible Garden in San Francisco. 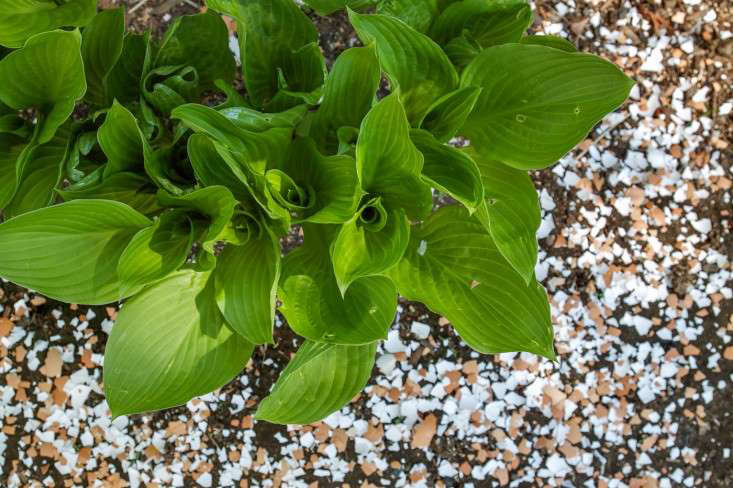 Above: Mulch effectively prevents weeds in Justine’s garden in Boston. See more of her tips in Landscaping 101: Pros and Cons of Homemade Weed Killer. 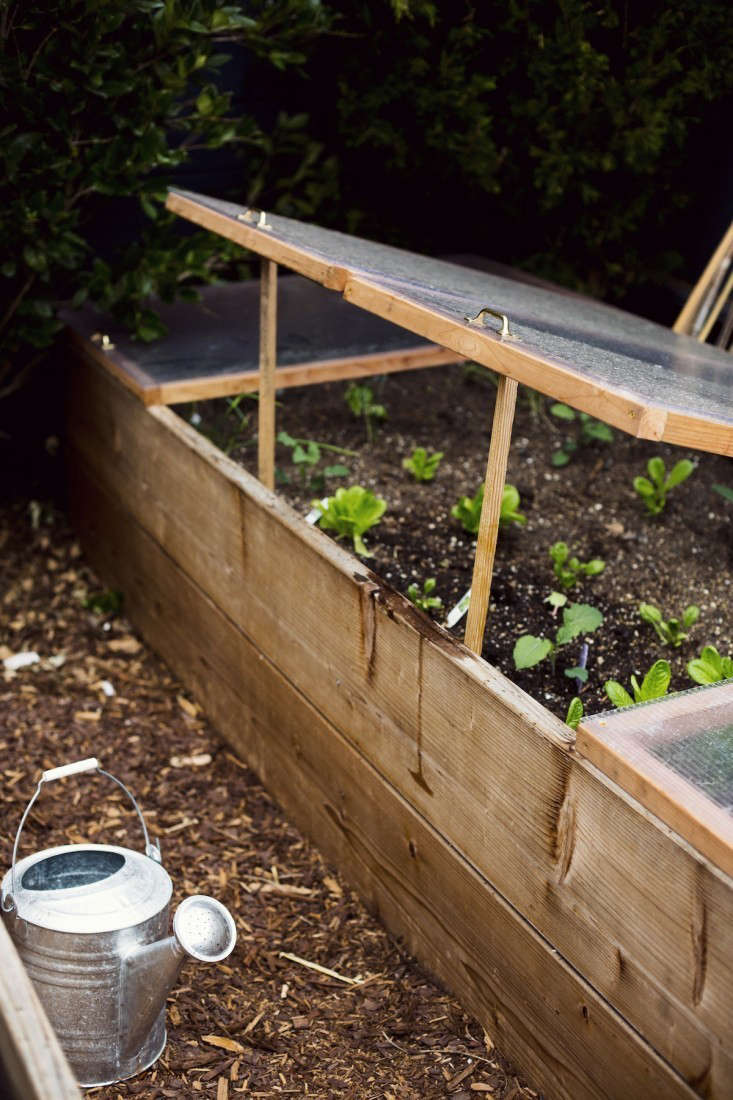 Above: For more of this garden, see Steal This Look: An Urban Edible Garden in San Francisco. 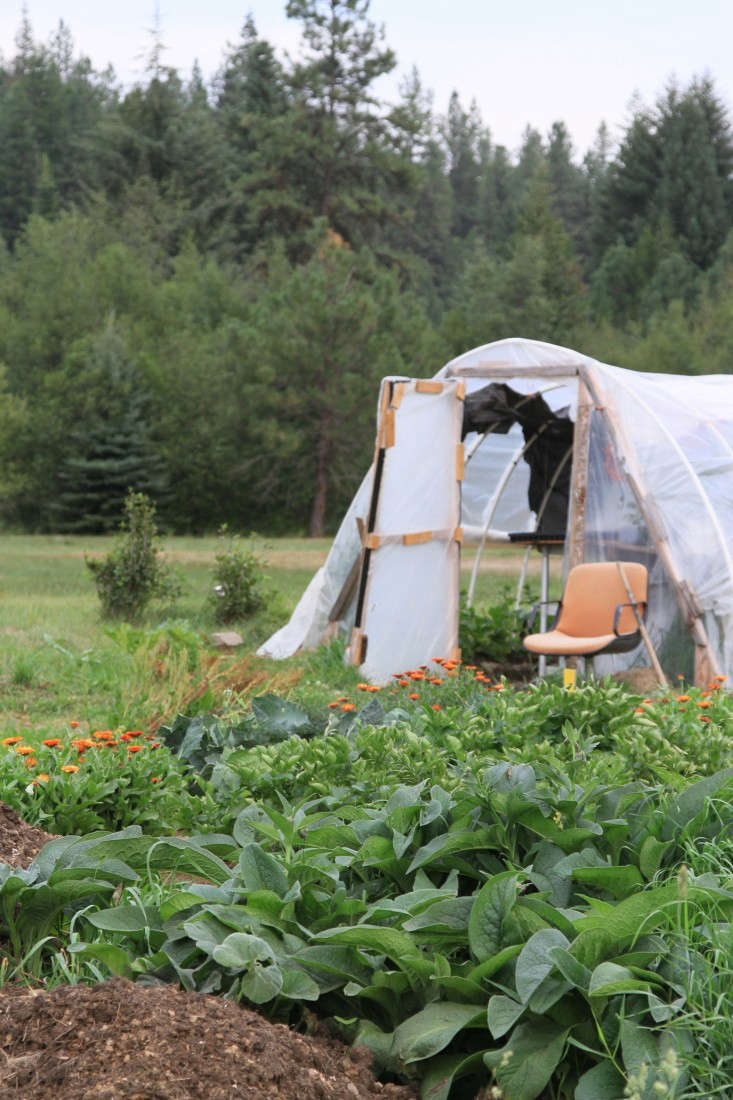 Above: For more of this garden, see Gone Wild: How to Grow Vegetables in the Middle of Nowhere.

How much does mulch cost?

Prices for mulch materials range from free–for pine needles or grass clippings from your own garden–to pea gravel (small pebbles), which costs about $5 a square foot. The cost of wood chips falls somewhere in between. Typically sold in bags of 2 or 3 cubic feet, a 2-cubic-foot bag of Black Hardwood Mulch is $3.33 from Lowe’s. A Mulch Brick block of compressed organic coir, (which hydrates to 2 cubic feet) is $14.95 from Gardener’s.

How much mulch do I need?

You can figure out how much to buy using an easy Mulch Calculator (just input the square footage you want to cover and the depth of the mulch). 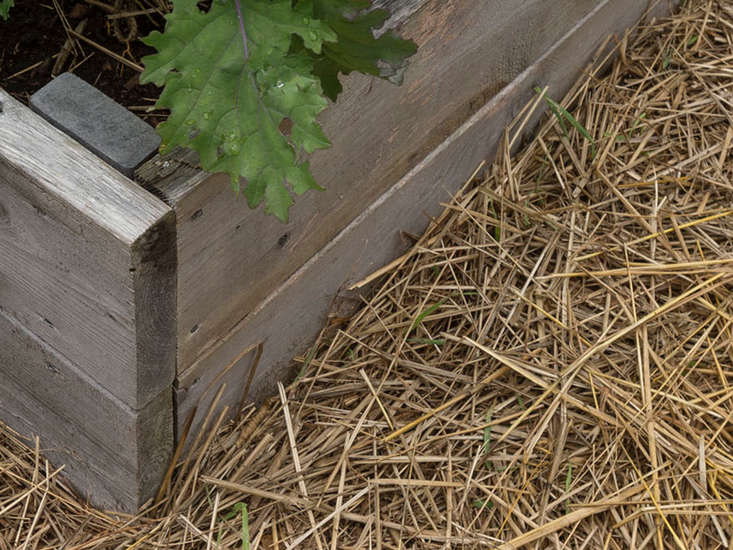 Above: For more ideas about how to use straw as mulch, see Straw Mulch, the Ultimate Winter Garden Blanket. Photograph by Matthew Williams for Gardenista.

Gardening 101: Lily of the Valley

Your First Garden: The Free Mulch You May Already Have on Your Property