If the 700-year-old olive trees in the gardens have an opinion about the $180 million facelift that recently restored Hotel La Mamounia’s status as the grande dame of Marrakech, they’re keeping it to themselves. Of course, they’ve seen it all by now.

Hotel La Mamounia was named for an 18th century garden that Sultan Mohammed III gave to his son, Prince Moulay Mamoun, for a wedding gift. In 1923, the hotel opened in the center of the royal gardens, and in 2009 it reopened after a facelift, overseen by French architect Jacques Garcia, that restored Moorish influences to the interiors. The 20 acres of lush grounds, once described by Winston Churchill as “the most lovely spot in the whole world,” got a new cactus garden as part of the renovation; the hotel chefs raid the extensive kitchen gardens for ingredients.

Photographs by Anson Smart, except where noted. 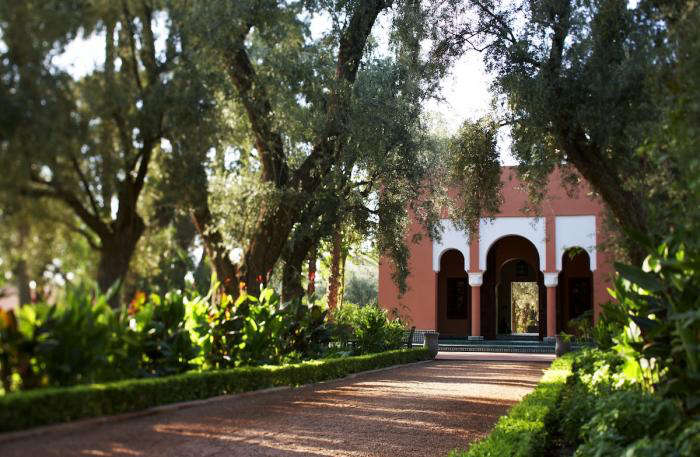 Above: In addition to the olive trees that date to the days of the Berber dynasties, the gardens boast extensive groves of citrus trees, a profusion of red and white roses, Madagascar Periwinkle, and Amaranthus. 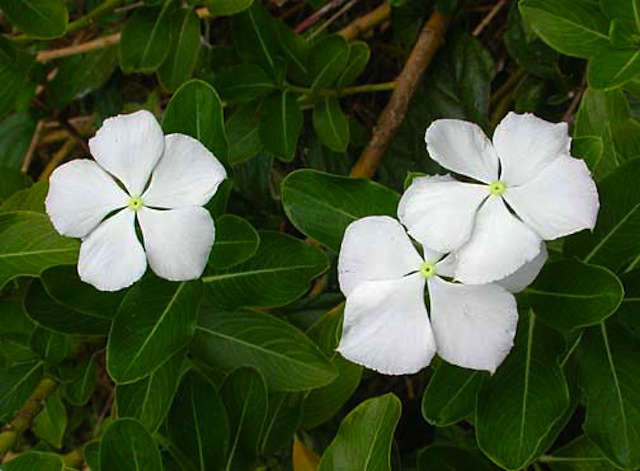 Above: The colors of Madagascar Periwinkle include white, pink, purple, and red; a seed packet of mixed colors is $3.50 at Onalee. Image via Botany. 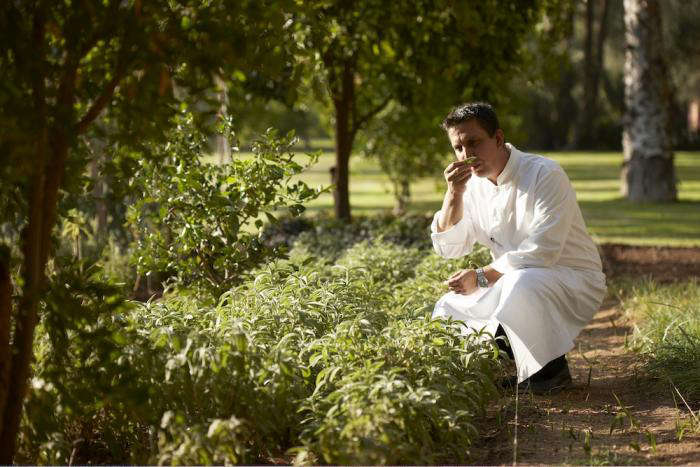 Above: Coriander and verbena, prevalent in Moroccan cuisine, grow in the herb garden, along with lemongrass, mint, violet, basil, nasturtiums, and oregano. For similar varieties, visit Baker Creek, where a packet of Wild Zaatar Oregano seeds is $2.50 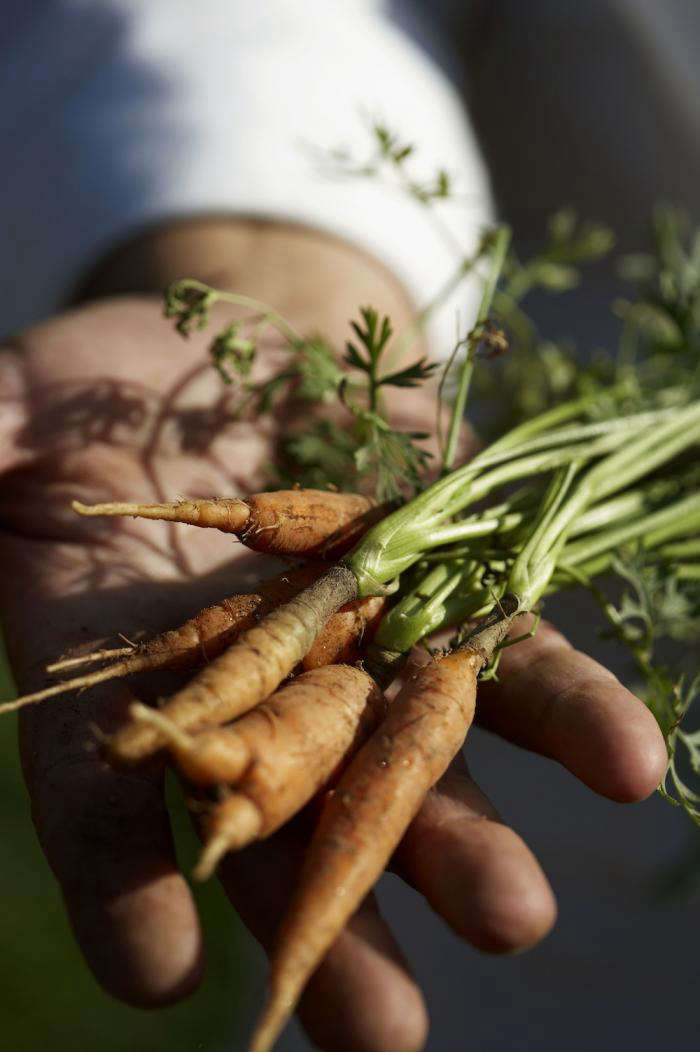 Above: Chefs at La Mamounia forage daily from the organic culinary garden. They have 15 varieties of tomatoes, along with more than 30 kinds of vegetables, herbs and plants; there are green and yellow zucchini, pumpkins, white beets, carrots,radishes (including Black Radishes), and rhubarb. For similar varieties, visit Baker Creek Heirloom Seeds, where seeds for Long Black Spanish Radishes are $2 per packet. 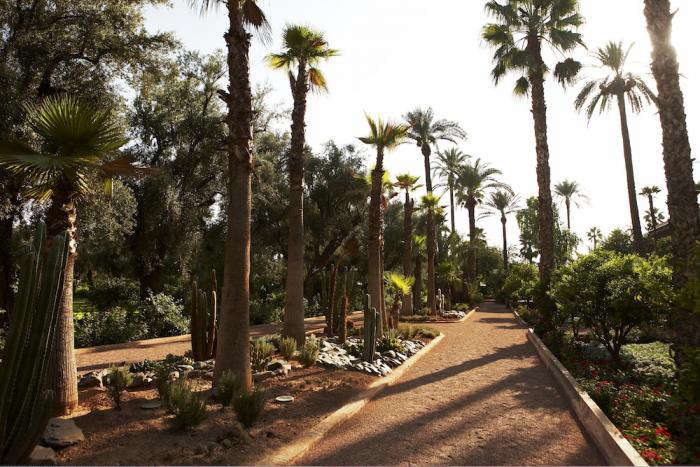 Above: The new cactus garden has 21 kinds of cacti in varying sizes, species, colors and heights. 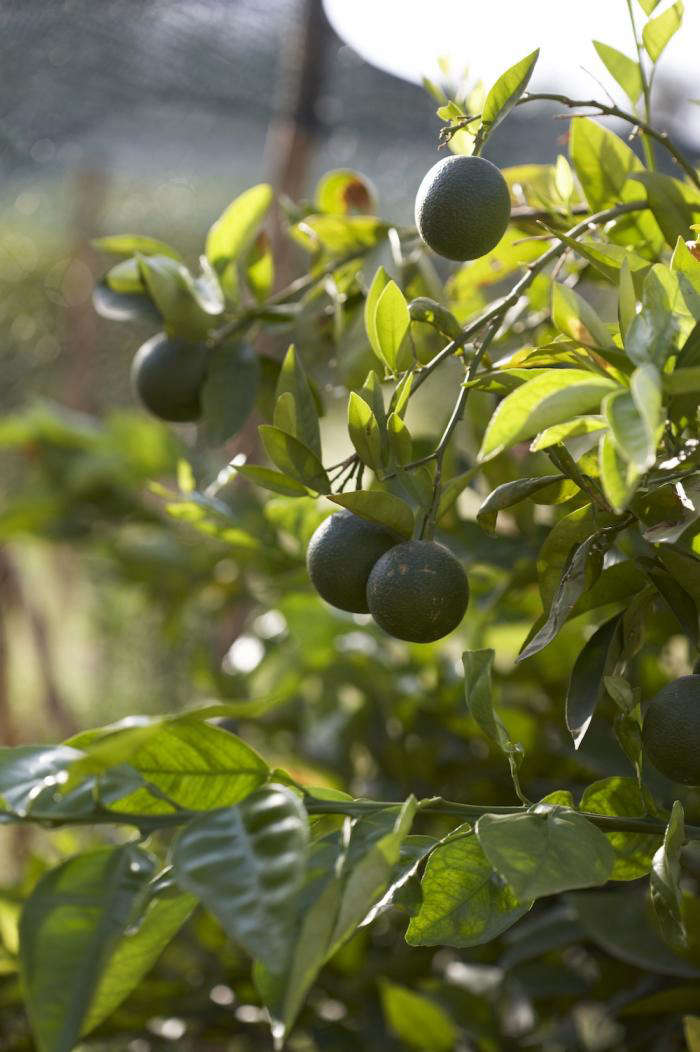 Above: Green Lemon trees are very rare in Morocco. 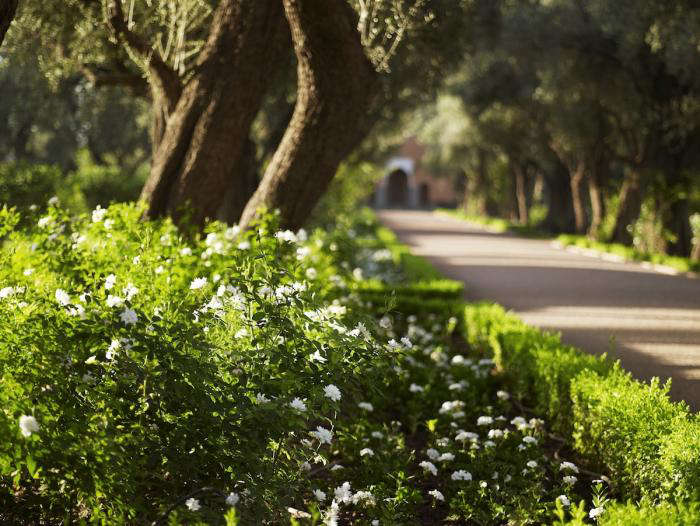 Above: Aisles of flowers—including roses, ginger, jacaranda, delphinium, cosmos, and cannas—flow through the property.