Several years ago, a London couple bought a plot of land in Spain with the idea of building a house that was both eco-friendly and inexpensive. The husband remembered reading about a modernist, modular house commissioned by Wallpaper magazine for the 1998 Salon del Mobile in Milan. He called the magazine, and they offered him the flat-packed house, designed by Swedish architect Thomas Sandell, for £7,000. Now the reconstructed Sandell house sits on the rocky Costa de la Luz coastline overlooking the Strait of Gibraltar, near the town of Tarifa, with views stretching to Tangiers. Read a travel piece about the house (described as “a fusion of Scandinavian, Japanese, and modern influences”) at the Guardian. For rental information, go to El Cancho Beach House. 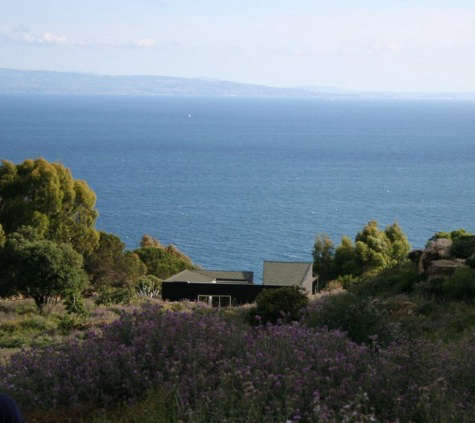 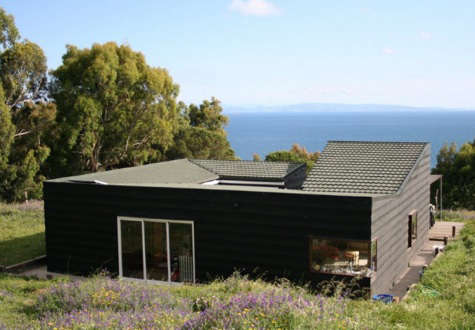 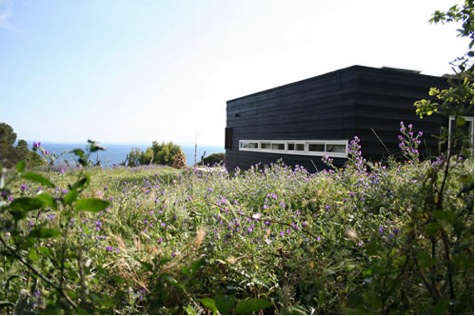 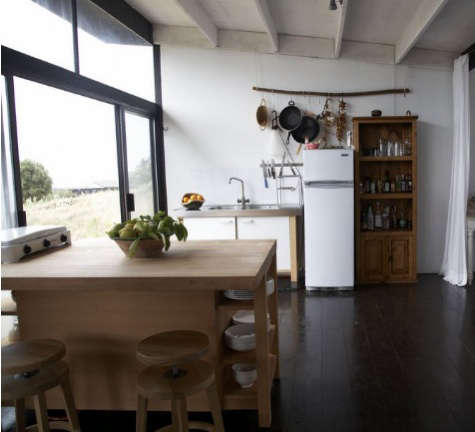 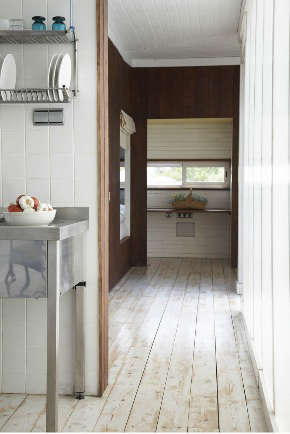 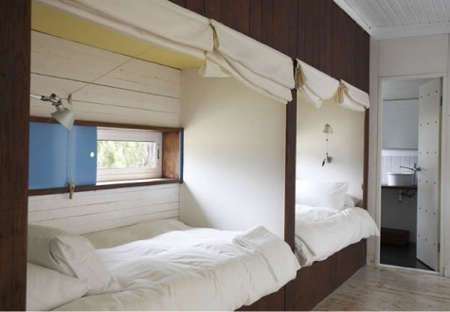 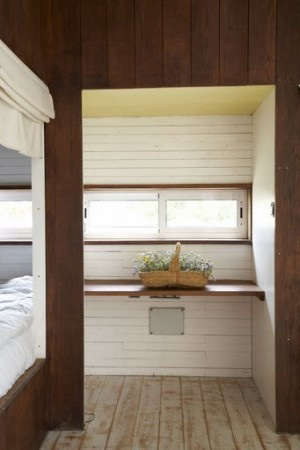 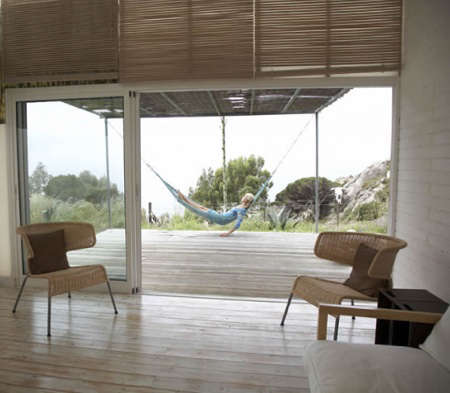 Steal This Look: A Streamlined Outdoor Kitchen, Lakeside in Michigan