They are stately, precise, and an instant architectural feature so it’s easy to see why pleached trees have become the star of contemporary gardens. Over the past few years, garden designers have brought these formal trained trees to a wider consciousness, so that anyone might consider adding some height and grandeur with a row of pleached hornbeams or a lime allée.

We associate neatly clipped trained trees—and pleaching refers to the structural training of any trees by manipulating branches—with the 17th century when French estates were immaculately laid out and religiously pruned. And they still remain at their most breathtaking (and time consuming) in these grand schemes. But if you aren’t blessed with the acreage of Versailles, 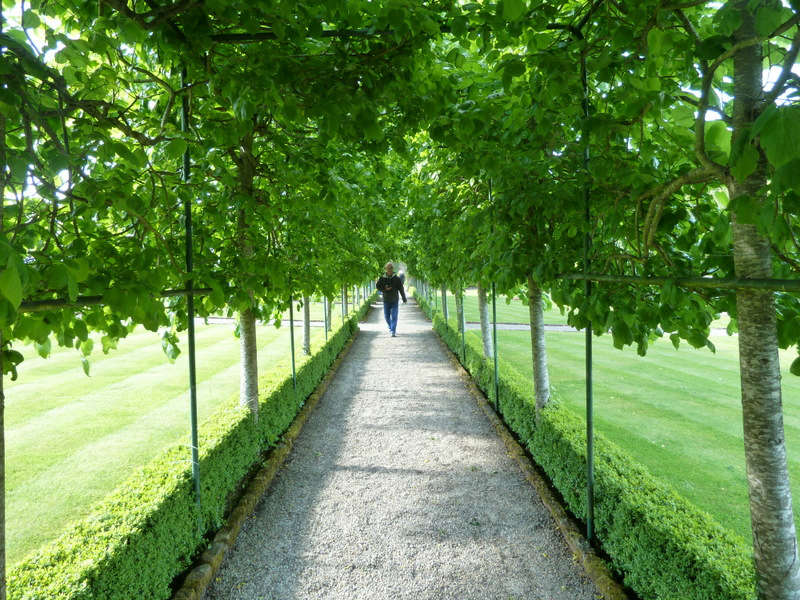 Above: A pleached hedge at Dromoland Castle in Ireland. Photograph by Wendy Cutler via Flickr.

How do I use pleached trees in a small or or mid-sized garden?

Pleached trees can section off areas, be used to create enclosed spaces and instant ‘rooms’ as well as for screening. “They are especially good in urban spaces,” says garden and landscape designer Frederic Whyte. “They will add height on a boundary but without the claustrophobic feeling of hard landscaping. “ 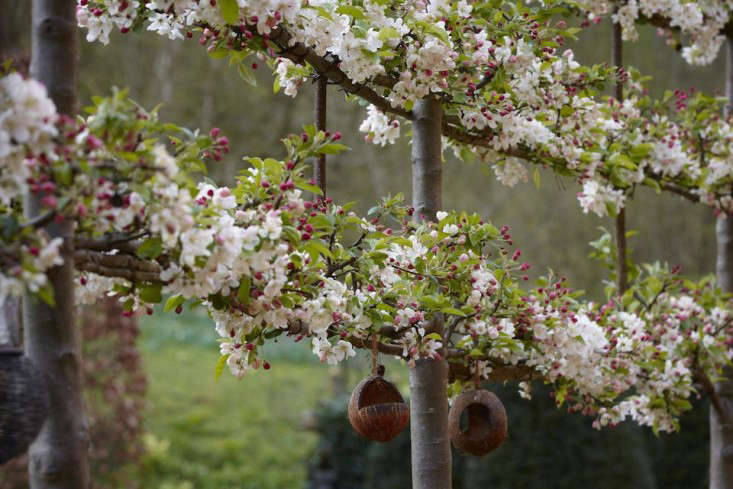 “Pleached trees are also much cheaper than building new walls or adding height to old ones,” says Whyte. “But I do think they work best in formal layouts—a lot of people make the mistake of using them in naturalistic settings.”

What are the best kinds of trees to pleach?

For Whyte hornbeam and beech are favorites—providing lush foliage in the summer and then rusty leaves in the winter, which have their own ethereal beauty. They also lend an incredible architectural element to a dormant garden. “The stem system is quite sculptural and beautiful when the leaves have turned,” adds Whyte. Copper beech can also be extremely pretty, but he warns, it needs room to breathe: “It’s a very sombre plant and I’d only use it in a big space.” 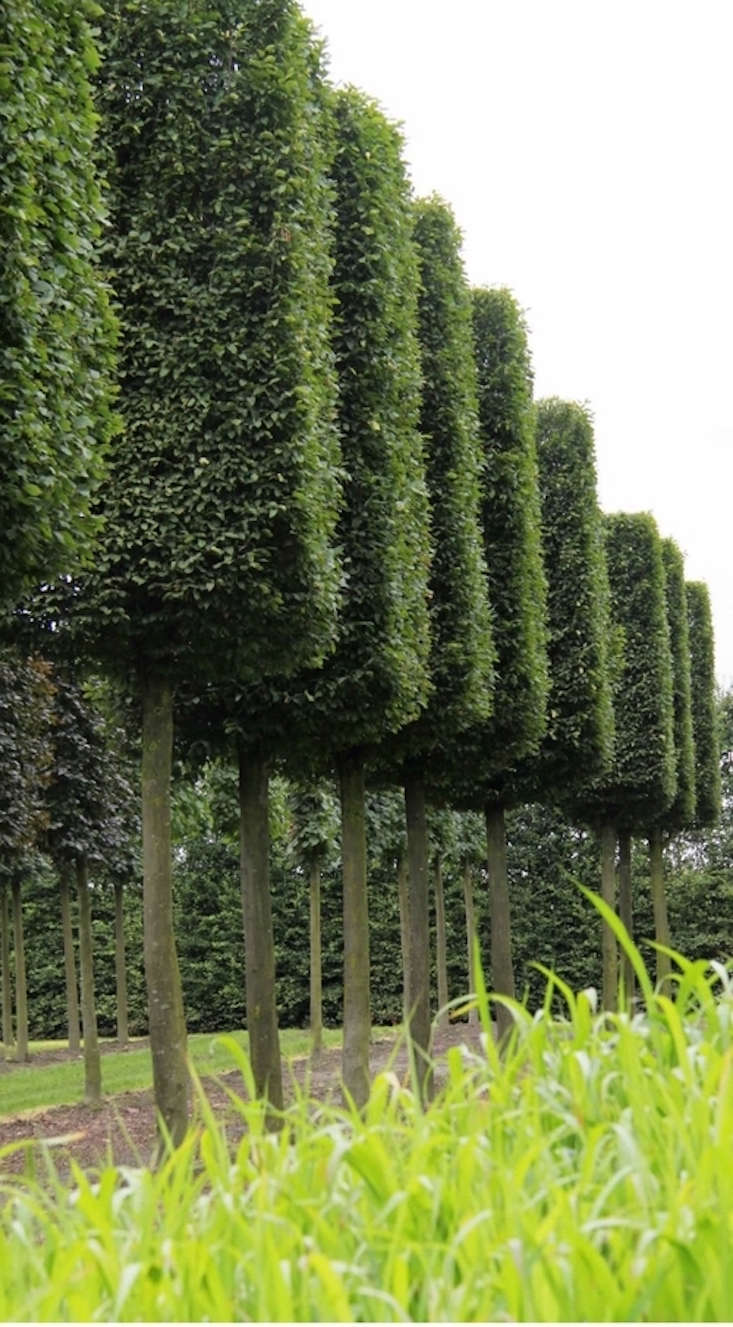 Above: Family-run Crown Topiary in Hertford  is about 30 miles north of London and specializes in boxhead trees (shown) as well as in other pleached and specimen trees. For more information and prices, see Crown Topiary.

Are there other ways I can use pleached trees?

It’s not just about the “hedge on stilts” look most commonly used. Growers create other shapes too. Boxhead trees can look stunning in a formal layout if you have the space while roof pleach— where the tree canopy creates an umbrella effect can also be very effective in a terrace or to frame an entrance or doorway.  Danish florist Claus Dalby does just this in his garden at his home in Denmark. Additionally pleached trees are sold in varying forms from lower hedges to towering trees and everything in between. 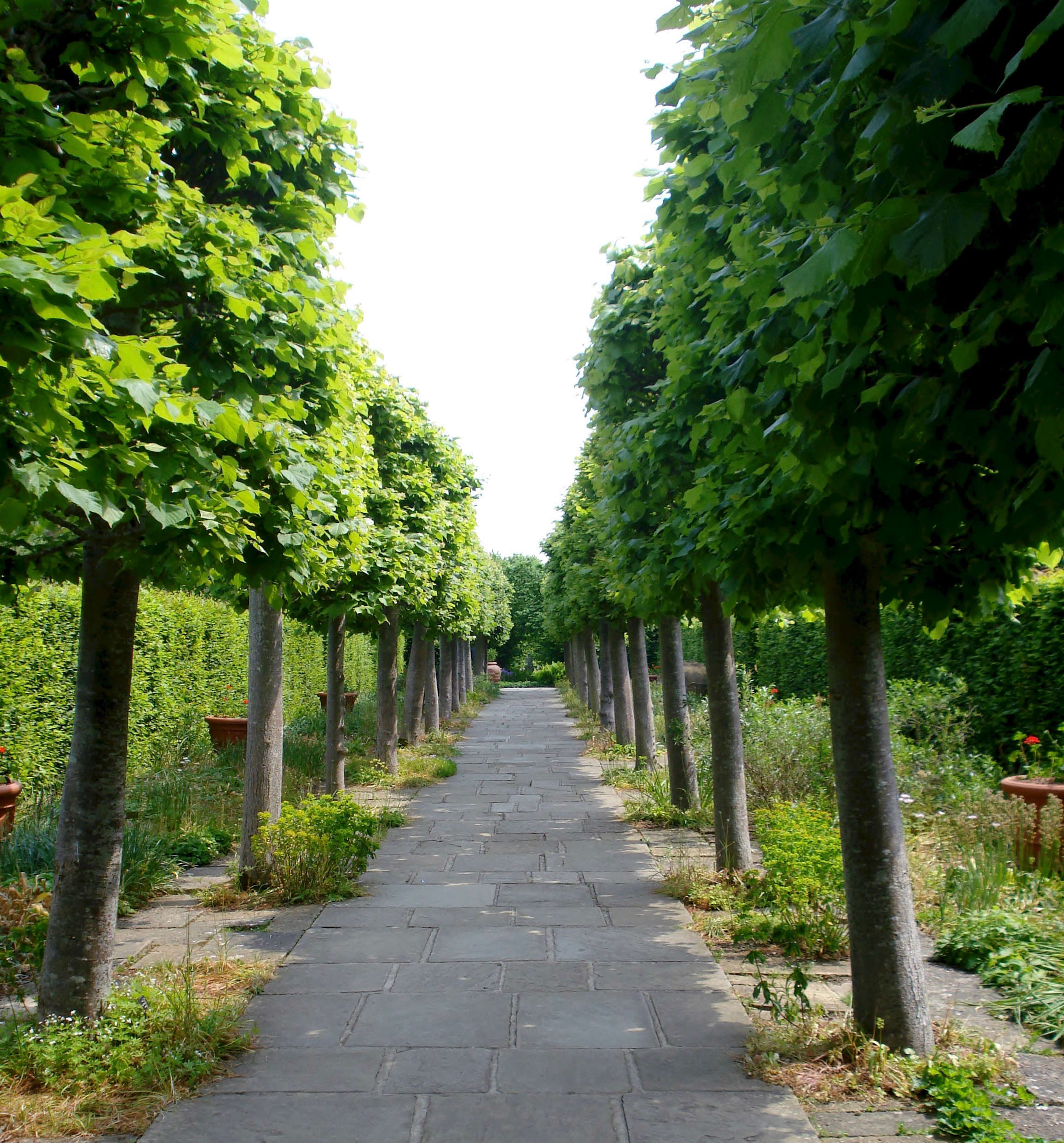 Which other trees can be pleached?

Lime, hazel, maple and chestnut also can be used. But pleached crabapples, prunus and amelanchier varieties bring the added benefit of blossom in spring and for the former, fruit in autumn too. There are some good evergreen options too including Quercus ilex, Magnolia grandiflora, Eleaegnus, and Photinia, all of which will give year-round interest and screening. 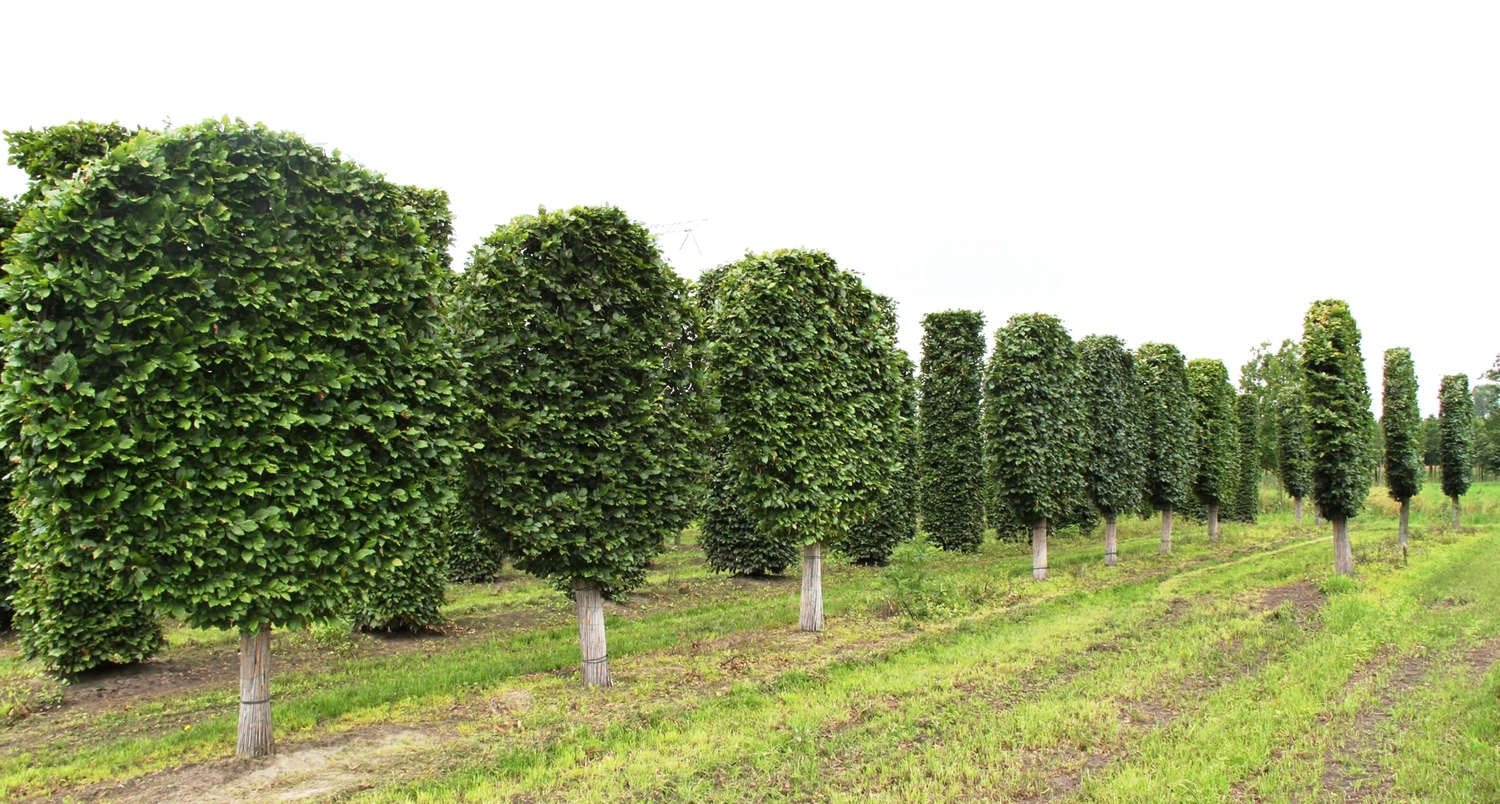 How much does a pleached tree cost?

The popularity of pleached trees means that in commercial nurseries there is more and more choice— but good trees, trained over time, don’t come cheap. Expect to pay anything from £180 to £1500 (approximately $225 to $1,875 US) with prices depending on the plant and its maturity. Bear in mind that the tree will grow beyond the frame (although prune to maintain the shape and size). You can of course train the trees yourself but it needs precision and patience.

How do I plant and care for a pleached tree?

Pleached trees are planted just as you would any other tree, into a large planting hole twice the size of the root ball. Once planted, add a layer of bark chips to keep the planting area weed free, and water during the first season during dry spells. Rub any buds off the stems as they develop. Bear in mind that for maintenance both sides of the pleach will need to be accessible. Trees will need to be pruned twice a year—trimmed in summer for neatness and then pruned and tied in over winter when the structure (of deciduous trees at least) is more visible. As trees mature their frames can be removed and over time branches will often graft onto one another.

DIY: Flowers in the House, 9 Ways

10 Ideas to Steal from Japan-Inspired Gardens