How and why does a flower fall out of fashion? This is the first installment of our new series, Rethinking Flowers; join us as we look at old garden favorites that deserve a second chance.

There was a time when the gladiolus was the “it” wedding flower of the smart set. When Harriet Pratt (daughter of the then-chairman of Standard Oil) married her sweetheart in 1923 at what The New York Times described as “one of the most important weddings” of the season, her bridesmaids were fairly staggering under the weight of gladiolus.

Unfortunately neither the marriage nor the gladiolus infatuation lasted. Harriet Pratt obtained a Reno divorce in 1938 and remarried, rather more quietly, later that year.  And we all know what happened to gladiolus. In recent decades it has become a funeral flower. When you close your eyes and picture glads, you are likely to imagine awkward floral swords protruding from the frilly arrangements that flank a casket.

This is a shame. Before the lightness was bred out of them, gladioli had a graceful silhouette. They’re warm-climate wildflowers that swayed in the wind to get the attention of the  Dutch and English traders who brought them home from South Africa. Gladioli are believed to be the “lilies of the field” described in the Bible’s New Testament.

Luckily, we can still get our hands on heirloom varieties. Dedicated plant preservationists like Scott Kunst of Old House Gardens grow and sell some of the best old varieties. (See below for a list of more sources.) Last year, Kunst sent me a couple of dozen gladiolus corms to test in my own garden in northern California. I’ll never go without glads again: 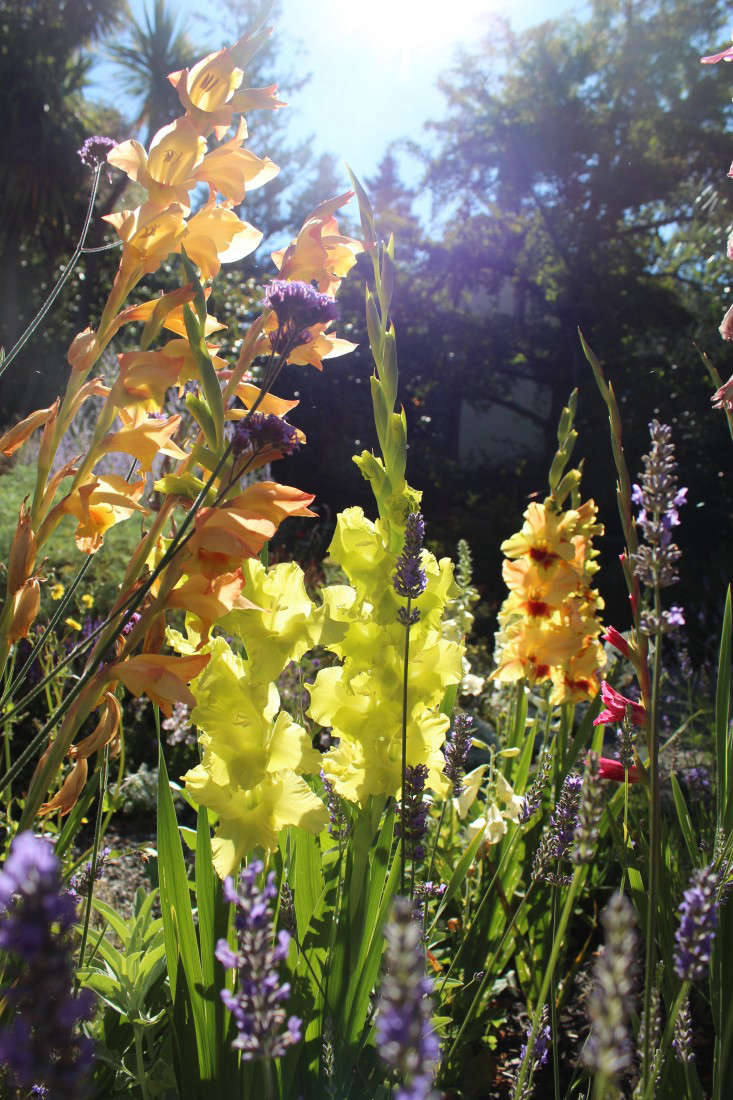 Above: In my garden this week are blooming several varieties of gladiolus, including three that date to the 1960s: ‘Green Lace’ (at center), ‘Starface’ (at left), and ‘Mexicana’ (at right). As you can see, these lacy flowers bear only a faint resemblance to the heavy, blossom-logged varieties that have flooded the modern market.

“For a long time glads have been primarily grown for the cut-flower market, so there is more pressure to constantly create new varieties that are bigger, more ruffled (or whatever is currently in fashion), that store better for longer, and so on, and leads to older varieties being abandoned sooner,” says Kunst. 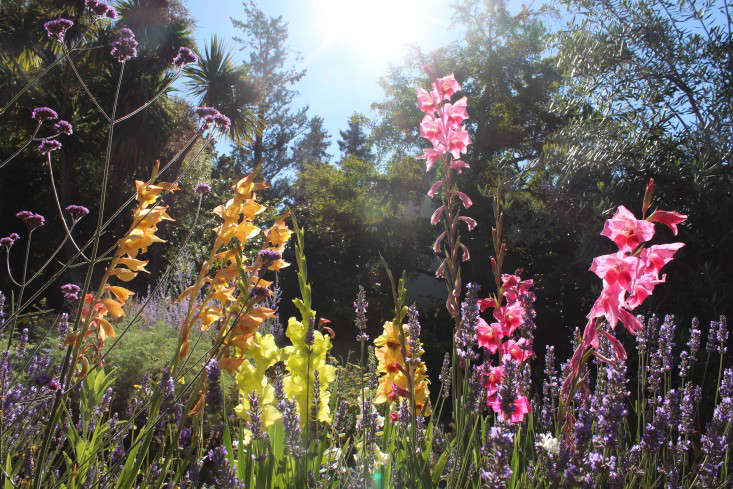 Above: Why grow glads? For starters, they’re breathtaking. Heirloom varieties mingle well with other perennials; last summer I planted the corms among clumps of lavender.

More than 10,000 varieties exist today (descendants of seven species native to South Africa). Most aren’t the graceful, happy flowers you see above (the oldest varieties Kunst has date to the 1920s).

When you can get your hands on heirlooms, you are doing a service by propagating them. 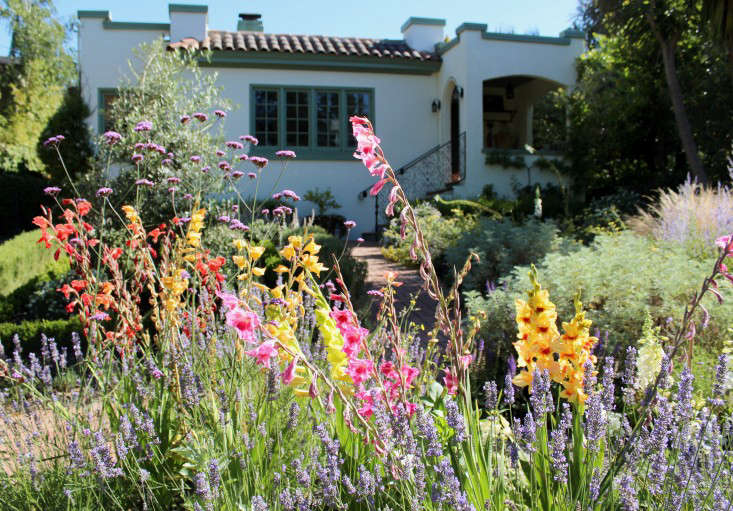 Above: One reason it’s hard to find heirloom varieties is gladioli are warm-climate flowers. They don’t make it through a cold winter unless you dig up and store the corms. “They’re unlike daffodils or peonies that can be completely neglected in most yards—or even abandoned when a house burns down or is left to rot —and yet manage to survive, waiting to be rediscovered and re-appreciated,” says Kunst. 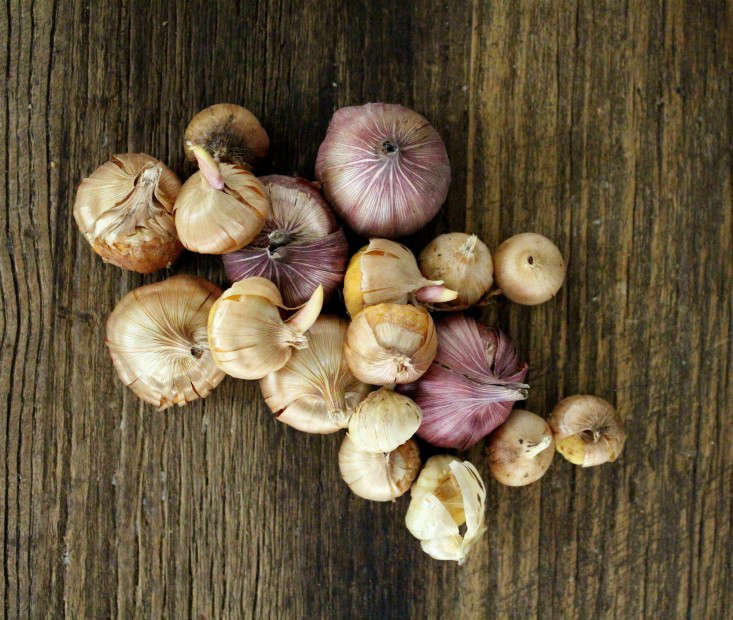 Above: Heirloom corms come in different sizes and colors. 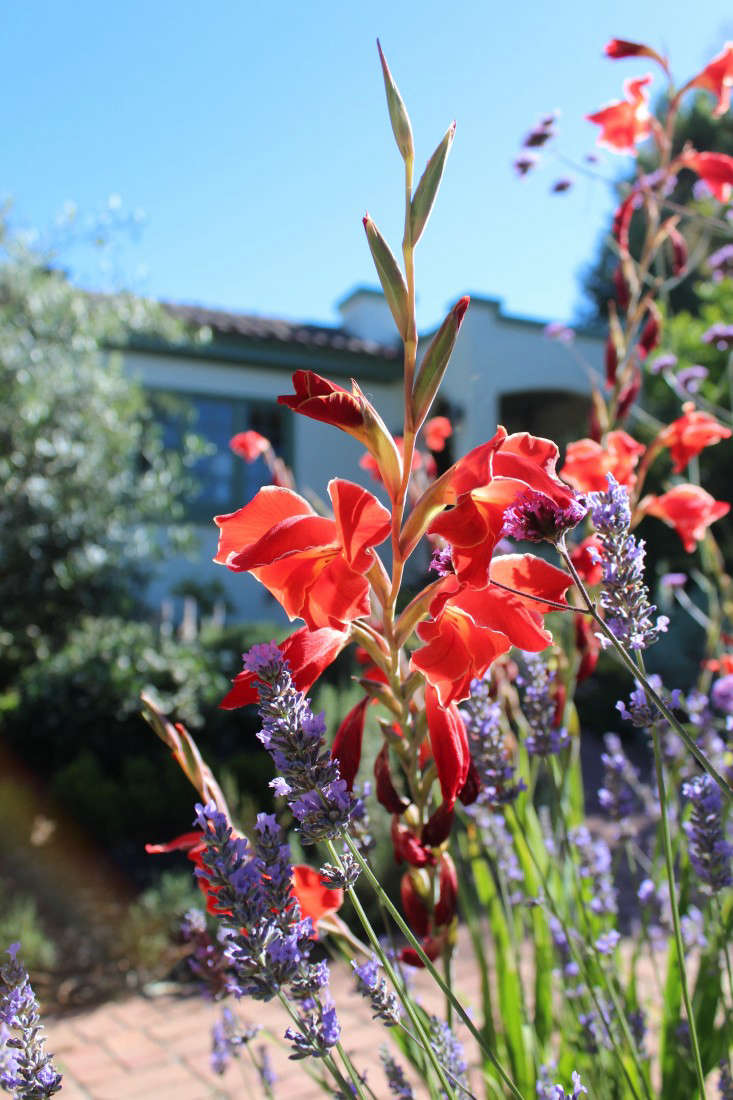 Above: ‘Atom’ (circa 1946) has fiery flowers edged in white and was the first to flower in my garden. 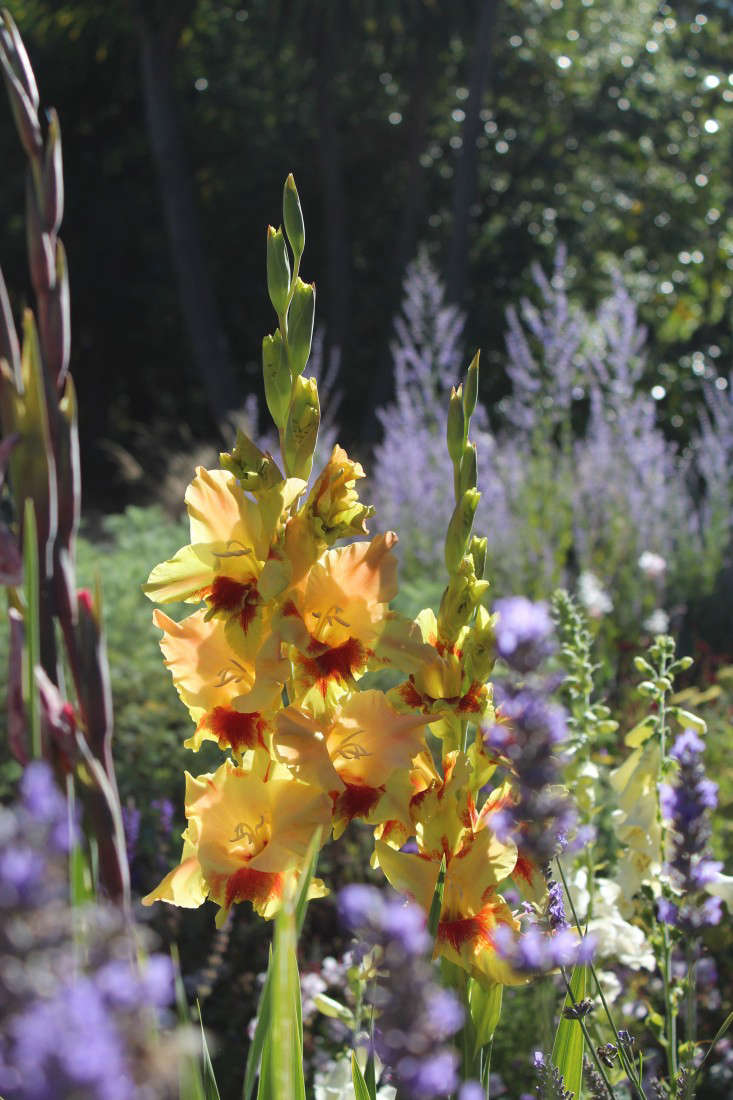 Kunst goes on the hunt every year for old varieties, searching breeders’ lists in the Netherlands (where heirlooms varieties are still commercially produced) and specialty growers’ catalogs in Canada and the United States. “Unfortunately there are fewer and fewer every year,” he says.

“Luckily for us, though, we found a small grower in Maine many years ago who’s a kindred spirit of ours,” says Kunst. “He thinks older glads are worthwhile, too, and since he’s been active in glad societies for a long time, he hears about people who are still growing an older variety or two, or they hear about him, and he ends up with a few corms. He increases them until he has enough to offer us, and we’re thrilled that he does.” 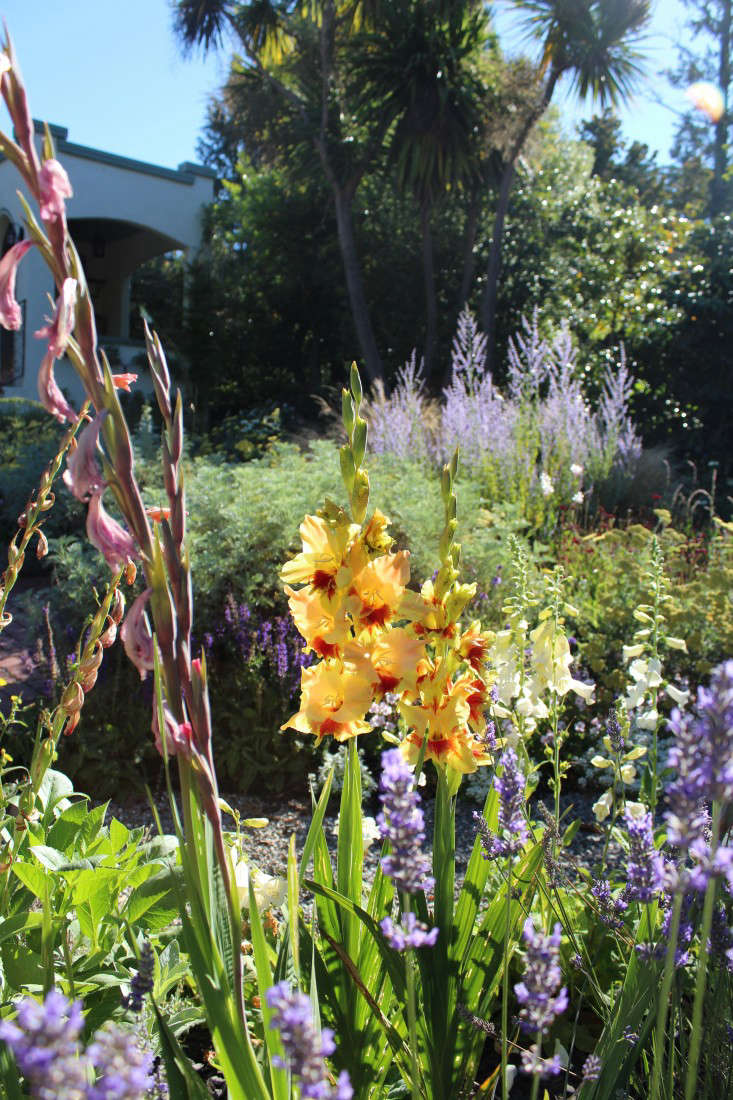 Above: “Sometimes customers send us corms of old glads that have been passed down in their family or that they’ve found growing in an old garden or cemetery or even just out in a field somewhere where a house used to be,” says Kunst. “We’re building up stock of a couple of those right now to offer in the future.” 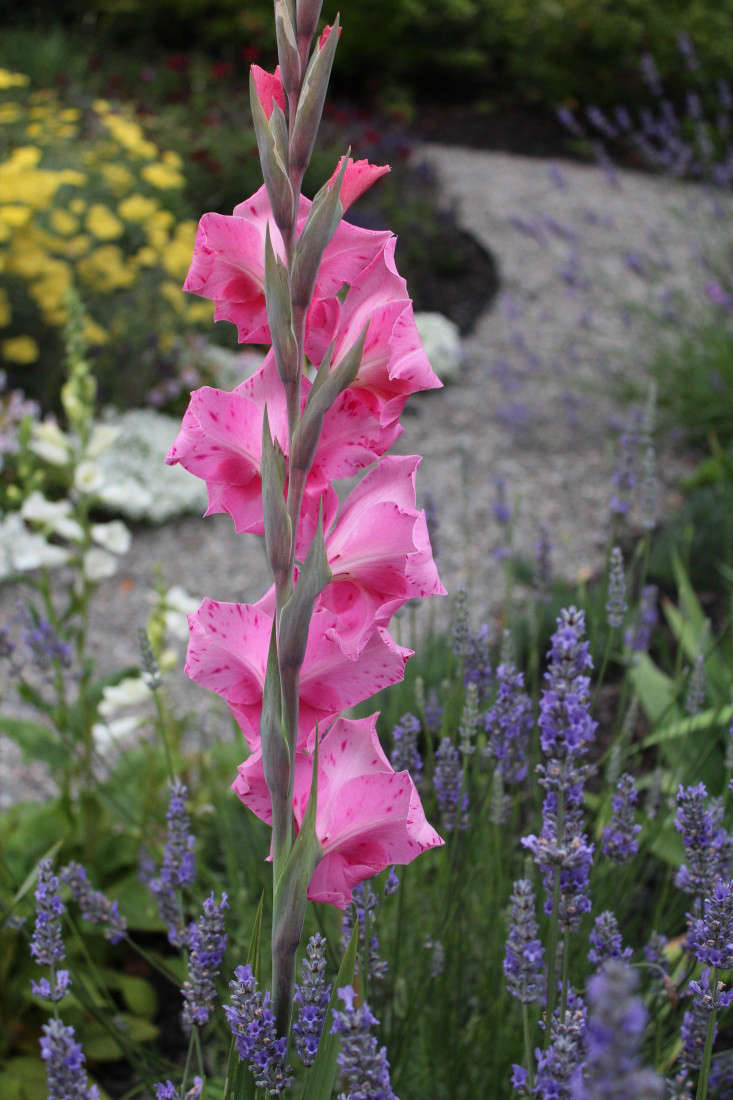 Above: Gladiolus is a sun worshipper, with blooms that face in only one direction (you’re looking at the back of ‘Bibi’), which is why as early as 1916 florists were starting to relegate them to “studied” funeral arrangements, according to the journal Gladiolus Studies. 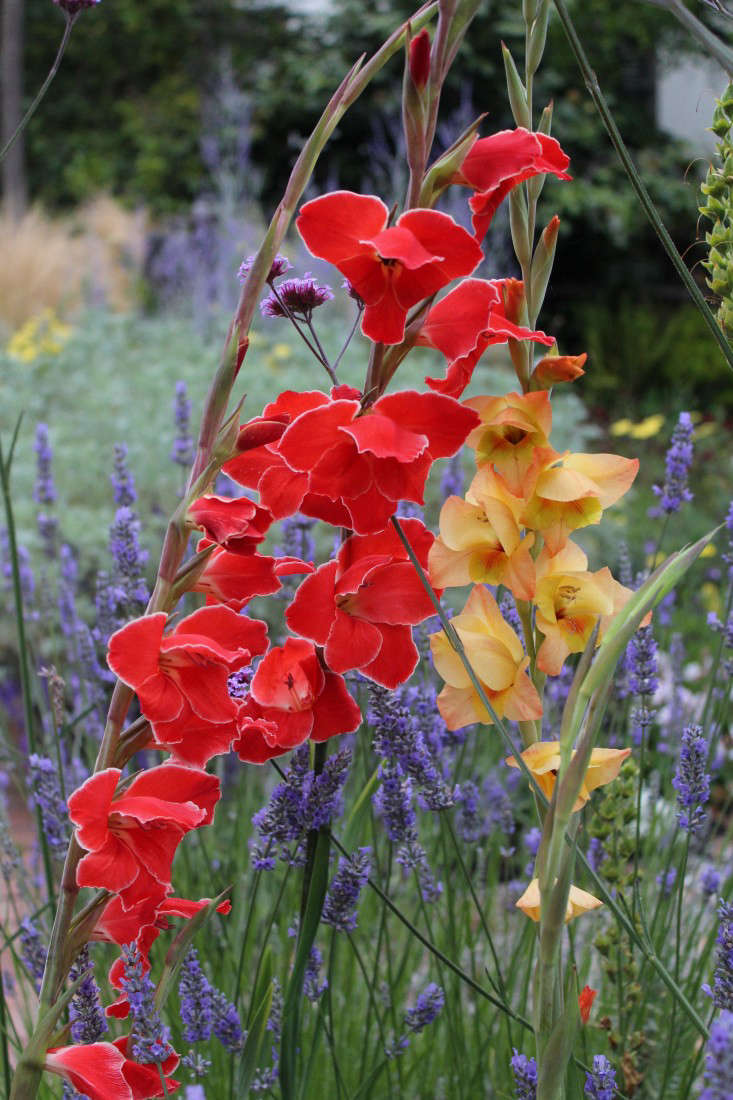 Above: In addition to Old House Gardens, other sources of heirloom gladiolus varieties include: Telos Rare Bulbs (ships July through October), Annie’s Annuals, Brent and Becky’s Bulbs (available to order in January 2017),  and Cates Family Glads.

N.B.: To see how much smaller Michelle’s gladioli were in their second year, see DIY: Grow Your Grandma’s Heirloom Gladiolus.

Putting the Garden to Bed: Your Autumn Check List